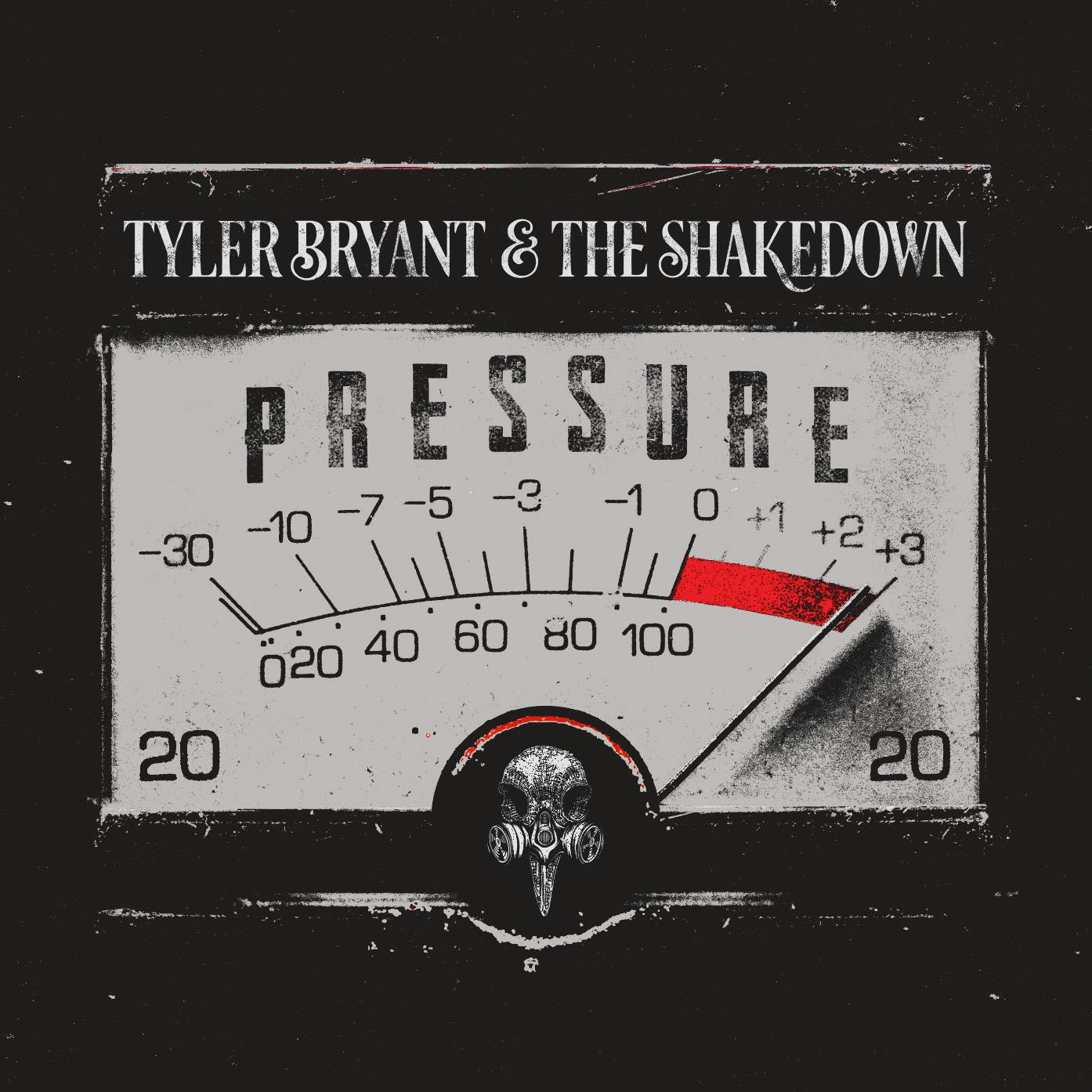 As last year wound down, 2020 was looking bright for music, with tours galore and a litany of reunions. Nashville’s rock ‘n rollers Tyler Bryant and the Shakedown were looking forward to building on their busy 2019, which included tours and festivals across the US and Europe, most notably with Stone Temple Pilots, Rival Sons, Clutch, Sevendust, Blackstone Cherry, and Airbourne, among others, and the release of their critically-acclaimed album, Truth and Lies. But as 2020’s landscape changed, big plans did too. Some artists went on hiatus, while others decided to take the time to reflect and write. In this case, guitarist/vocalist Tyler Bryant, drummer Caleb Crosby, and guitarist Graham Whitford did not slow down, took on the latter approach, and hunkered down in Bryant’s home studio to craft some of their best work with the help of co-producer/engineer Roger Alan Nichols. Aptly titled Pressure (out October 16th on Snakefarm/Spinefarm Records), the album takes listeners on a journey through the emotional and tumultuous year. Coincidentally, many of the songs began to take shape before Nashville faced a destructive tornado, COVID, and racial justice rallies. However, the release could not have been timed better, as it offers up 13 tracks to headbang and air guitar away the trials and tribulations of the last seven months and beyond. With a multitude of moods and tempos, and a collage of rock, blues, roots, and country stylings, Pressure follows the roller coaster that is 2020 life. END_OF_DOCUMENT_TOKEN_TO_BE_REPLACED 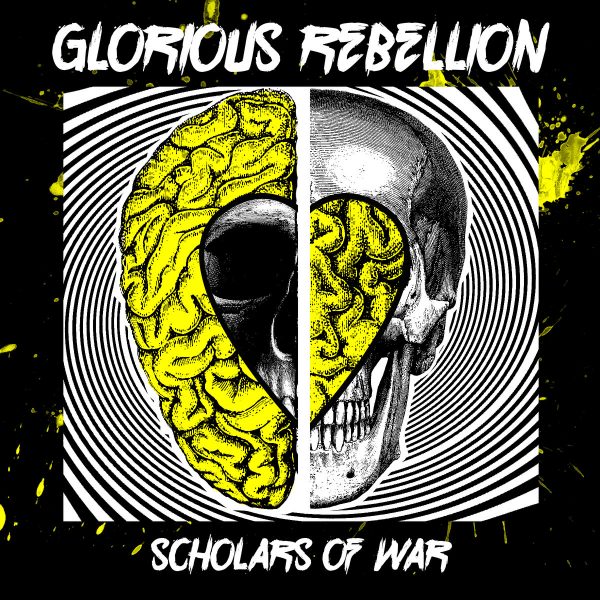 An attacked guitar fades in with a straight Rock n’ Roll riff before spacious strings reverberate around the listeners’ skulls. They give way into the abyss as an almighty Sludge riff threatens to swallow the world whole. ‘This Is Fine’ centres on this aforementioned riff and grinds in a cyclical manner around one’s speakers eviscerating the local surroundings. ‘This Is Fine’ is an understatement: as an opener to an EP, it is borderline excellent. Billy Myers III’s shouted vocals have the force necessary to level council flats, and come across as blissfully effortless to listen to. END_OF_DOCUMENT_TOKEN_TO_BE_REPLACED 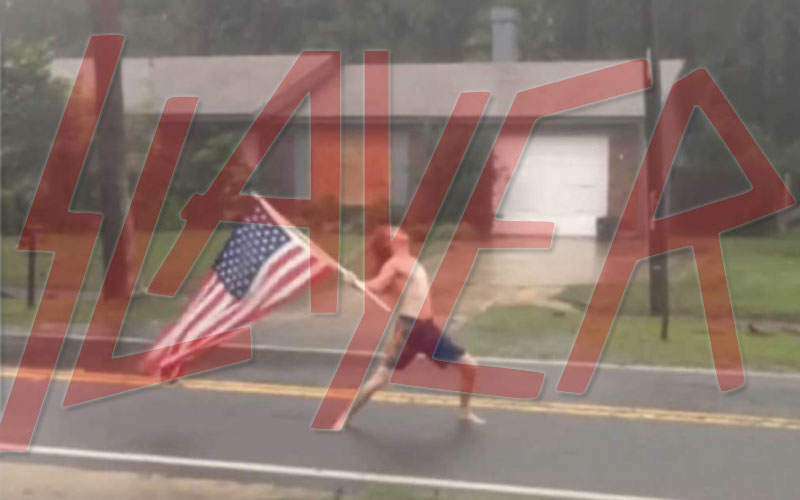 Hurricane Matthew ripped through Florida on Friday morning, with wind speeds recorded at 120 miles per hour, but that didn’t stop one Slayer fan from having some fun. END_OF_DOCUMENT_TOKEN_TO_BE_REPLACED 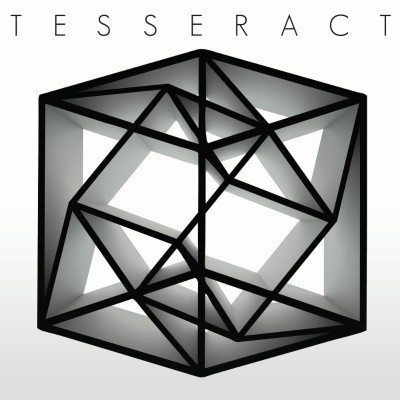 The ever daring and polarizing TesseracT continue to keep their ambitions high with the release of live album and DVD Odyssey/Scala (Century Media). Forgive the odd title as both sides contain the same set of songs. Odyssey was recorded across Europe during the Altered State tour while the Scala visual supplement was recorded at the posh London club of the same name.

What? Simply naming it Alive doesn’t quite cut when you’re used to adding ‘Concealing Fate’ to like half of your song titles.

Most importantly, Odyssey/Scala finds guitarist and ringleader Alec ‘Acle’ Kahney and the boys reuniting with original singer Daniel Tompkins 3 years after their last collaboration. And Tompkins does not disappoint, as his soaring vocals translate perfectly to the live format and shows no issues handling former lead Ashe O’Hara’s parts. Spending an afternoon with these kinds of talents seems like a good time, but something doesn’t quite work for me.

I have to wonder if the idea to make a concert film came after they planned on releasing the live LP. The only reason I ask is because Odyssey is the best way of the two to enjoy this evening with Tesseract. The songs feel much more alive on Odyssey while Scala has a very polished mix that almost gives the impression of being dubbed over at points. The heavier, double bass segments in tracks like ‘The Impossible’ and ‘Perfection/Epiphany’ sound like Tesseract want to give the most aggressive Periphery tunes a run for their money. Also the rousing closer ‘Acceptance’ make you wish they would let their hair down to the windmill headbanging position more often. Seriously dudes, the soaring melodies and quiet passages are great, but it’s fun to thrash out sometimes.

Something else not helping Scala is the unfortunate truth that Tesseract tend to be static as performers. With the exception of the charismatic Tompkins, the rest of the Milton Keynes’ crew is keener on standing in place. I’m not naïve, I didn’t expect the Dillinger Escape Plan style antics. That being said it’s a trend I’ve observed since I saw them open for Between the Buried and Me back in 2011. Also the bizarre MTV style editing can be jarring upon first viewing. For a band as sharp as Tesseract we shouldn’t have to sit through so many blurry and shaky camera angles.

Perhaps the decision to make this both an album and DVD was hatched after realizing that it’s barely over an hour’s worth of content so it was best to offer both variants as the greater value to the fans. While flawed, Odyssey/Scala is a testament to the appeal and skill of Tesseract who are able to release a quite capable live recording with only two proper full lengths under their belts.