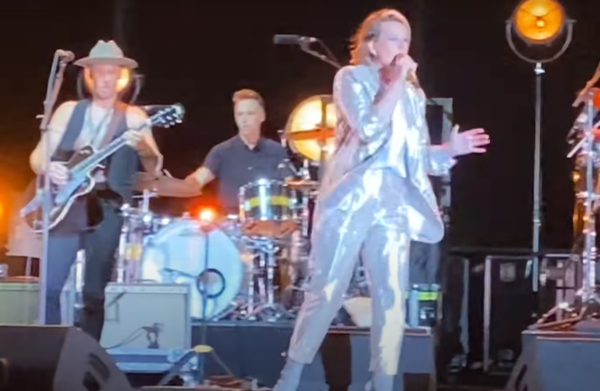 This past weekend Brandi Carlise performed in Washington State at the infamous venue The Gorge Amphitheatre. In addition to a set of her classics and new songs, she was joined by the surviving members of Soundgarden for several tracks. Brandi and her bands were joined by Kim Thayil, Ben Sheppard, and Matt Cameron (Pear Jam) for a run through of “Black Hole Sun” and “Searching With My Good Eye Closed”. Brandi paid tribute to late frontman Chris Cornell first at the 2019 concert tribute to Chris where she covered “Hunger Strike” with Chris Stapelton, and also these two songs for this performance for a special Record Store Day release in 2020. Watch them now!