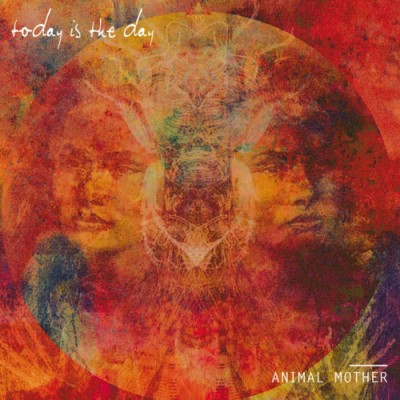 If you ever want to get some perspective on the insular, incestuous musical world we live in, spend some time lurking on the Metal Archives forums, especially the threads where they discuss which bands have been blacklisted. A group of self-appointed cultural guardians seeking to define an incredibly narrow, clearly broken definition of Metal by striving with one hand to fit those bands they don’t approve of into different labels, and with the other to think of excuses to justify the bands they want to include anyway, it is the perfect reminder that the walls between genres are not – SHOULD not be – as firmly defined as we would sometimes like them to be.

Steve Austin’s perennial hate machine Today Is The Day fall very much outside of the Metal Archives High Council’s definition of Metal (they are “noise rock” or “sludge-core”, or some other short-hand for “we do not approve”), but when Animal Mother’s (Southern Lord) first track thunders in on a wave of filth and despair the question is instantly rendered irrelevant. Animal Mother’s main musical coin is the filthy, heaving riff topped with Austin’s pained, furious roars and screams, but these collide with deliberate awkwardness into melodic passage, uncomfortable acoustic explorations and electronic noises.

Despite some surprisingly catchy riffs, Animal Mother is not the most accessible of releases, and there are moments which can sorely test the listener’s resolve. Repetition is generally used well, but some songs stretch a little beyond their welcome, and occasional jarring transitions between passages and tracks can leave the reader a little bewildered. These aren’t so much criticisms, however, as simply how Austin does things. He could write a catchy album of dirty riffs if he chose, but he’d much rather air his musical dirty laundry in public and drag you through the cramped, twisting, uncomfortable labyrinth of his thoughts.

Easily taking its place alongside Coffinworm, Indian and Primitive Man as one of 2014’s most overwhelmingly filthy and hateful albums, whether or not Animal Mother is Metal is a question entirely devoid of meaning.