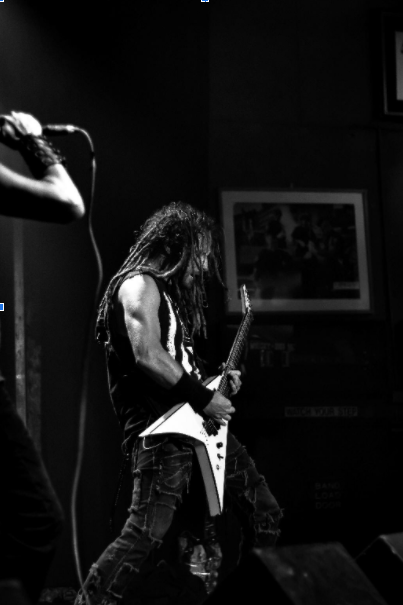 Occultism and ‘The Occult’ are two terms that are thrown around a lot these days with most people having a generalized view of what exactly they mean. At the first mention of the words, most people begin to picture dark and creepy figures covered in black coats, pentagrams, and candles. Perhaps these connotations aren’t that surprising when you consider that the word ‘occult’ actually has its history in Latin and traditionally means secret or something hidden. However, occultism encompasses so much more than this.

One area where occultism seems inexorably combined is heavy metal music. In fact, one of the earliest pioneers of metal music was Black Sabbath; even the name itself is steeped in the occult. Over the years, a number of images and meanings became ever present in heavy metal music, including rituals, witchcraft, demons, devils, and even UFOs. However, rather than form an even tighter bond between the occult and heavy metal, the original meanings of these images became lost and forgotten, the tapestries lost their meaning, and the symbols borrowed from the occult began to be seen more as standard for the genre than a representation of what they were originally intended to be.

Is it possible to pinpoint a single perspective or a relationship between occultism and heavy metal music? No, because there is way more than one representation of the occult in the music. However, we can take a look at three sub genres of heavy metal and see what aspects of the occult have inspired their music and images. 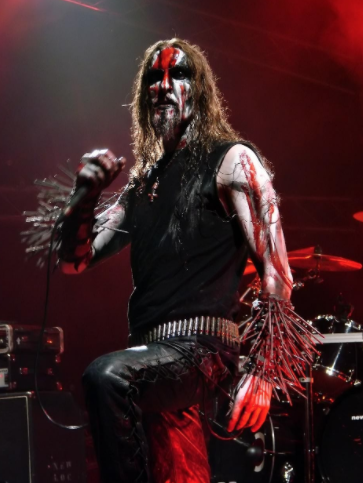 Anti-Christian imagery is rife in the black metal genre, as is the overt Satanism. Mayhem and Behemoth are possibly the two biggest acts worth mentioning here with both being pioneers of the genre and shaping it both aesthetically and musically.

With that said, to say that satanic imagery is the main link between black metal and the occult would be very wrong. The whole genre has its roots in the natural world, in particular the pre-Christian eras of many European countries. There are even groups in the black metal category that are more atmospheric in their imagery and in their lyrics – Ulver and Agalloch to name two.

Many listeners of black metal particularly enjoy this aspect of the occult. The call of the wild enables them to connect strongly with the music while picturing windswept valleys and frostbitten forests that are almost religious in nature. Pagan rituals are clear within the genre, yet there’s also a sense of passionate intimacy that most kinds of music truly struggle to evoke. 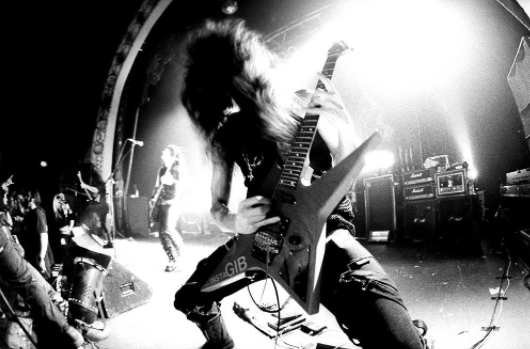 Doom Metal spawned from one of the initiators of heavy metal – Black Sabbath – and as such, is the sub-genre that seems to draw most strongly from the occult; especially in the terms that most of us understand. Perhaps due to the anti-Christian themes that gave it its beginnings, doom metal primarily focuses on the satanic aspects of the occult, with incense, candles, and thick leather-bound books being common imagery in the music videos, often followed by a ritual that summons powers from another realm.

The rituals pictured in doom metal music videos portray the lure of the occult. In the same way that people may pay for an accurate tarot reading to find out more about what’s lurking in the future for them, occultists perform rituals to connect with other realms and discover more about that that is hidden. This desire is almost magnetic, and as such leads us to the temptation of the devil. 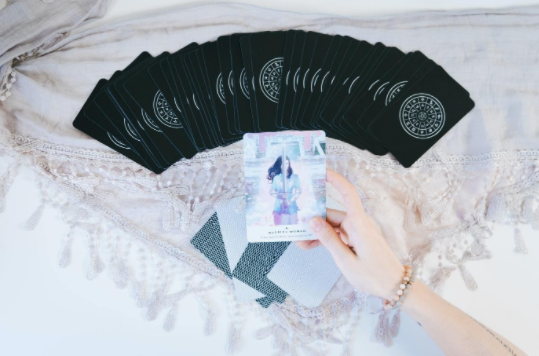 Doom metal, therefore, can be looked at as not just satanic, but a process by which listeners try to connect with external forces and unlock secrets of both the inner and outer worlds. This may also explain why the genre is especially popular with teenagers who are desperate for their own power that this section of the occult seems to satisfy.

New age is not often considered linked to the occult but, again, that is due to the traditional imagery that most of us picture. As one of the most loosely defined, yet widest spread movements, there is no one strong central belief; rather, there’s a common truth. The roots of new age metal center around modern mysticism and neo-paganism with the name referencing human growth or the fulfillment of human potential.

Used by thinkers prior to being named as a music genre, new age signifies a deeper connection with the world with astral themes taking center place for much of the lyrics and imagery. One good example of this, is the author CS Lewis whose books spoke about travel to distant worlds – The Lion, The Witch and The Wardrobe being the most well-known. In fact, his book Out of the Silent Planet later became the name for an Iron Maiden track.

Occultism and heavy metal have a strong bond, but not in the traditional ways that many of us would immediately consider. The symbols, the imagery, the lyrics; all of these things combine to take us to new places and to evoke new feelings while all drawing unique milieu.