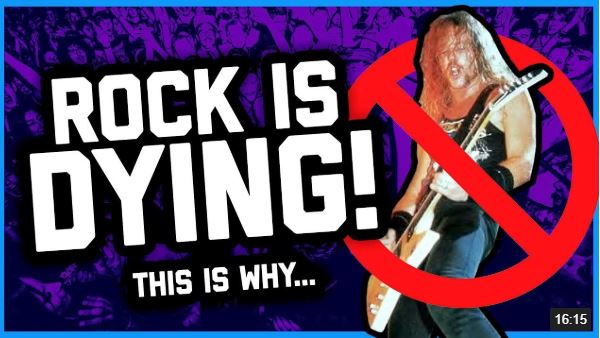 The Punk Rock MBA has made a living (actually) on their ‘What Killed the Genre” series of videos on their YouTube channel. Now he has posted a new video making a case for the fact that Rock is Dying or already dead if you watch the video. He makes a fair, data-driven case. Of course, he is talking about mass appeal and popularity, the rock and metal underground has never been stronger in our opinion. He mentions Slipknot, Metallica, Tool, Blink-182, Ghost, Five Finger Death Punch, A Day To Remember, Fred Durst, Limp Bizkit, The Used, but also Travis Scott (and Kylie Jenner), Riot Fest, Download Festival, Self-Help Fest, Wacken Open Air, and more.