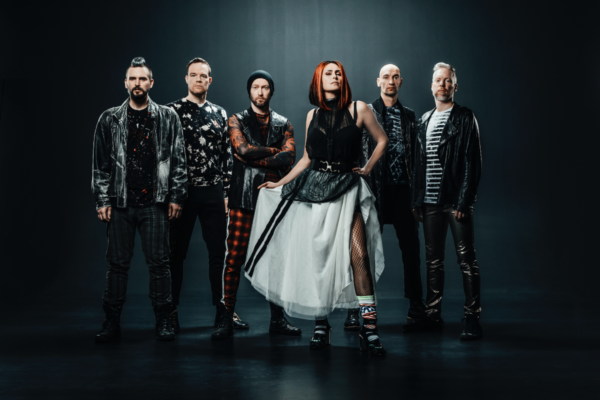 In the absence of live shows as we know them, Dutch symphonic metal act Within Temptation have taken the idea of playing a simple online gig and moved it up a level, giving fans the full virtual reality sci-fi treatment. Instead of performing on a stage in an empty room, the band have produced something much more visually stimulating, creating not only a sequence of lavish futuristic sets but a fully functional wraparound storyline detailed ahead of each separate section by the disembodied head of a digitally constructed android.

END_OF_DOCUMENT_TOKEN_TO_BE_REPLACED 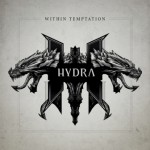 Four listens. That’s all it took for nearly every song to stick in the brain, earworms wriggling around, squirming to the front of the consciousness and replaying chorus after verse after chorus after guitar-line. Four listens to go from “Yeah, this is alright” to sporting a big grin on my chops and belting out (awful tone-deaf) sing-a-longs to each track in my car.

Hydra (BMG) is the third release in the 10 years since Within Temptation shot to everyone’s attention with the symphonic metal masterpiece of Silent Force. Not as “metal” as Silent Force, nor as gothic as The Heart of Everything, Hydra sits as a more as bed-sister to 2011’s excellent The Unforgiving, which showcased a more uptempo, heavy rock bent.

With the exception of ‘And We Run’ (featuring Xzibit, which it’s fair to say is no ‘Bring The Noize’), Within Temptation bring the house down with a selection of great songs. Yes, actual songs. Really, really good ones. While the band themselves have promoted this as a diverse album, don’t be fooled, Hydra sits very comfortable inside the WT oeuvre, but what it does do is showcase the various sides of the band, each song focusing on one facet of their style, showing that they can do breathy William Orbit type pop (‘Edge of the World’), midtempo stomp ‘Let It Burn’ and melancholy and sincere (the excellent ‘The Whole World Is Watching’, featuring the distinctive David Pirner of Soul Asylum). But where Within Temptation really excel is when they let themselves go, and succumb to the joy of rocking out. ‘Silver Moonlight’ and ‘Roses’ are a great mid-album grin-prompting pairing, all fist-pumping and huge chorusing, while the album highlight ‘Paradise (What About Us)’ sees Sharon den Adel trading lines with Tarja Turunen.

Sonically Hydra is incredible; a superb vibrant production by long-term WT producer Daniel Gibson that screams “huge” while balancing the mix of vulnerability and power, and den Adel is in great form. But ultimately the star of the show is a raft of infectious, well-written songs. Hydra is packed full of anthems, and will stand tall as one of the most enjoyable albums of the year.