The bastion of progressive, challenging and heavy music in the world, Kscope is celebrating ten years in business in 2018! Cheers! To help us celebrate, music industry veteran Simon Glacken of For The Lost PR has shared his favourite releases from the Kscope label. END_OF_DOCUMENT_TOKEN_TO_BE_REPLACED 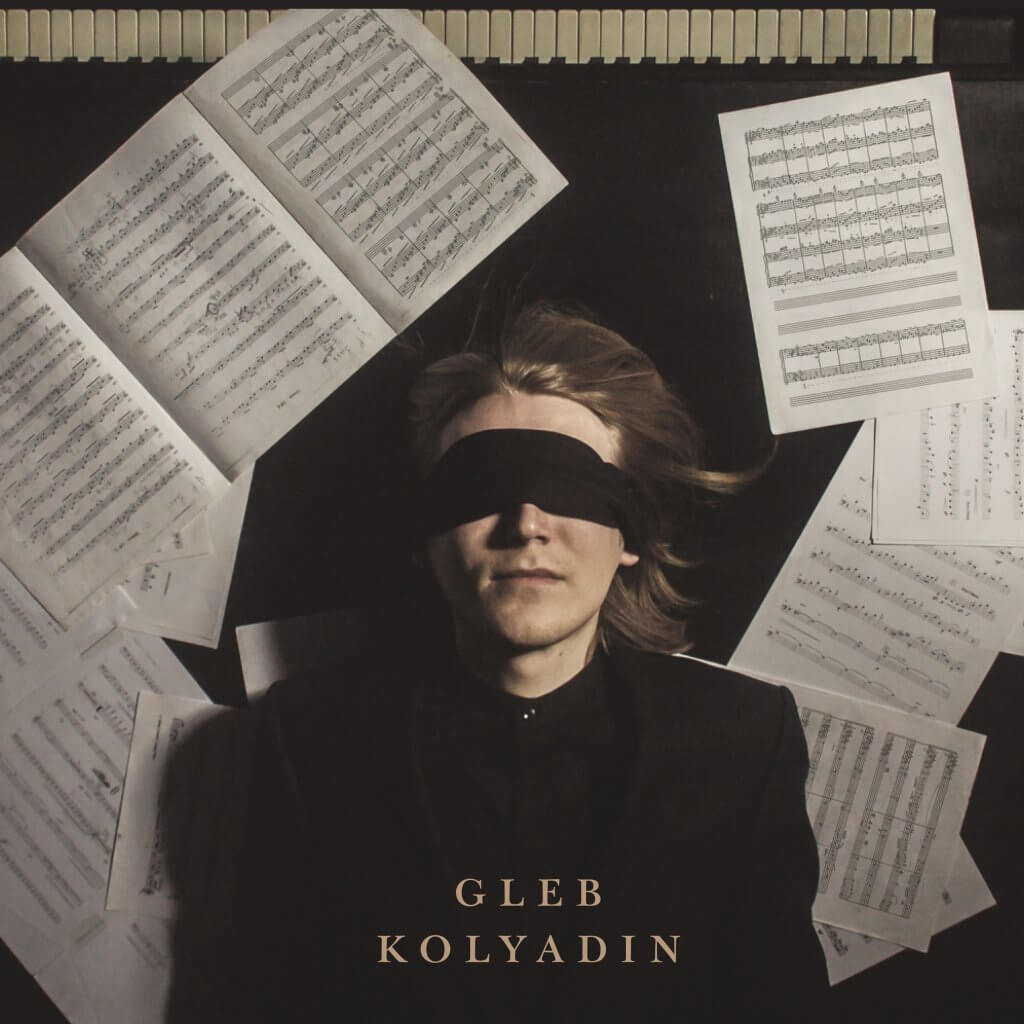 As one half and the musical engine room of one of contemporary Prog’s most beloved groups Iamthemorning, Gleb Kolyadin is one of progressive rock’s hidden gems and undeniably one of its greatest pure musical talents; a virtuoso pianist and a proven composer with Iamthemorning, whose brand of chamber music and progressive rock has gained not only critical and fan acclaim, but earned Gleb plaudits for his talent from peers such as Daniel Cavanagh and Steve Hogarth. Further cementing that reputation, this solo effort (Kscope) further shows off his compositional and playing talents, all in a manner that surprisingly branches out from his main act. END_OF_DOCUMENT_TOKEN_TO_BE_REPLACED 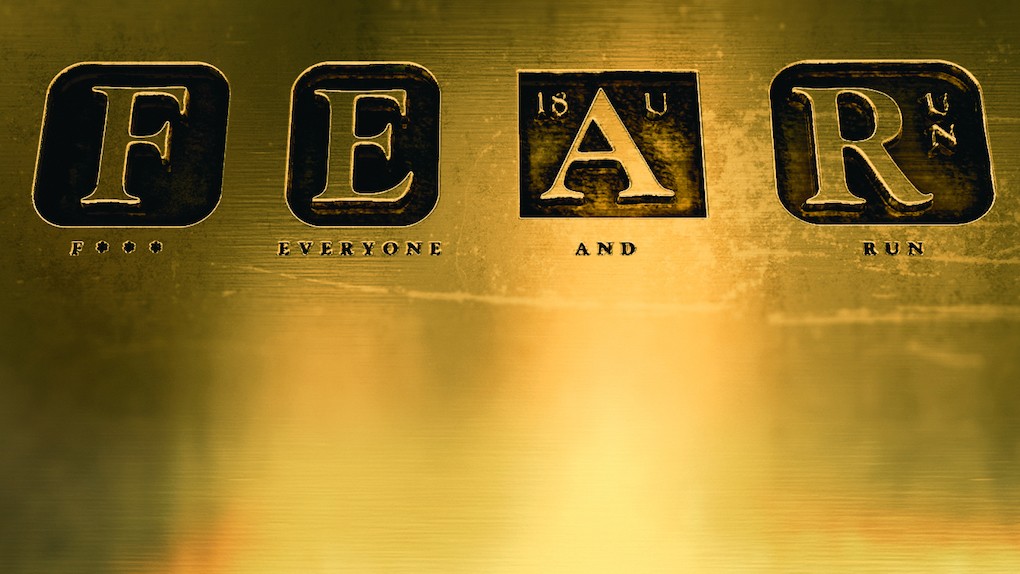 If the Nobel Prize judging committee are to be believed then we should start thinking about music as literature. The awarding of the 2016 literature prize to Bob Dylan may have had as much to do with attempting to appear “relevant” and garnering headlines as it did about celebrating the musical and lyrical genius of the American songwriter. Whilst this, in time, will be regarded as the last truly great hurrah of the Baby Boomer generation, the award, at the very least, asked you to start thinking about his music through a very different lens. END_OF_DOCUMENT_TOKEN_TO_BE_REPLACED 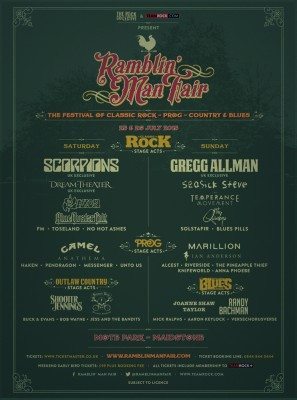 After the glorious weather of the Saturday, Sunday at Ramblin’ Man greets us with rain. Lots and lots of rain and some dampened (chortle chortle) moods. As a result the arena certainly seems noticeably emptier than yesterday; but alas, duty calls. Even Sweden’s Blues Pills and their brand of psychedelic, 60s rock can’t perturb the downpour. Despite their suiting to sunnier climes however they go down a storm (!), as Elin Larsson showcases her massive, Janis Joplin-esque voice.

Despite the grim weather, Icelandic rockers Solstifir have a sizable turnout. Their presence on the main stage and the warm welcome they receive is incredibly gratifying. In spite of their short set, their performances of what has become their signature song, ‘Otta’ will hopefully elevate them further into the rock arena. Which, judging by today’s performance, they will most definitely deserve.

The rain proves a problem for the Prog Stage particularly as its shallow shelter fails to protect equipment (and band members) from the downpour. For Knifeworld sound problems would prove very detrimental as many of their instruments (and backing vocals) seemingly fail to come out of the PA at all. Kavus Torabi’s drawling, quirky vocals are always clear, but their complex and diverse structures are damaged severely, such as on ‘Send Him Seaworthy’ where its prominent Bassoon sections sounded completely nonexistent.

The Blues Tent enjoys a significant audience for the day, bolstered by those seeking shelter from the rain; as a result catching Aaron Keylock proves impossible, but from the outside he sounds on fine form. Over at the Prog Stage, The Pineapple Thief play a triumphant set which balances between their more delicate songs such as ‘Magnolia’ and their rockier kin of the likes of ‘Alone At Sea’ with great fluidity, showing their dexterity and understated diversity, proving a highlight of the entire weekend.

There’s a lot of love for Polish lads Riverside, and with good reason. Since the release of Shrine of New Generation Slaves (InsideOut) they have worked their way into the hearts of countless devotees. Their set today is nothing less than triumphant, seemingly able to bring the sunshine despite the clouds, lifting the spirits and smiles of the now rather soggy crowd. Their delight at the live setting is obvious, playing with gusto and passion compositions such as ‘Hyperactive’, ‘O2 Panic Room’ and ending with an immaculate rendition of ‘We Got Used To This’. This has to be one of the performances of the weekend.

Finally the rain eases and the sun shines through, creating a beautiful and apt scene for Alcest and their melancholic but gorgeous shoe-gazing take on prog. Despite his very reserved, even shy nature, Niege grows each time into his role as the band’s centerpiece, talking at greater lengths and showing genuine appreciation to the crowd. Mixing their earlier black metal orientated songs with the latter, softer elements, their set is one of pure majesty and hypnotic beauty that completely draws everyone in. Closing with a mesmerizing “Deliverance”, the band gradually leave the stage, finally with Niege as he turns, humbled by the rapturous response.

Possibly one of the most anticipated performances from the weekend comes from Seasick Steve. He arrives on stage dressed in garb that you wouldn’t find out of place on a lumberjack, and unassuming persona makes him even more endearing to the huge crowd in front of him. He regales tales of the origins of his many handmade instruments to the amused crowd, who are seemingly baffled that he can produce such music from such rickety creations. Songs like ‘Thunderbird’ and ‘Walkin’ Man’ transform the ordinary to the extraordinary.

Very few people are as iconic and instrumental in the world of Prog rock as Ian Anderson, and, while his legacy needs not reiterating, today his performance is certainly enjoyable but far from perfect. Brimming with an ever present enthusiasm and his quirky sense of humour and personality, Anderson is a joyous presence with sadly but expectedly some signs of wear and tear setting in. What really detracts however is the ill fitting, over the top style of guitarist Florian Ophale which doesn’t seem to make sense. Given a spot to show off, Ophale certainly has skill but his virtuoso performance does not match to the rest of the set at all, as if a last minute addition. Songs like ‘Agualung’ are simply timeless and can never fail, but the presence of Ophale leaves too sour a taste. 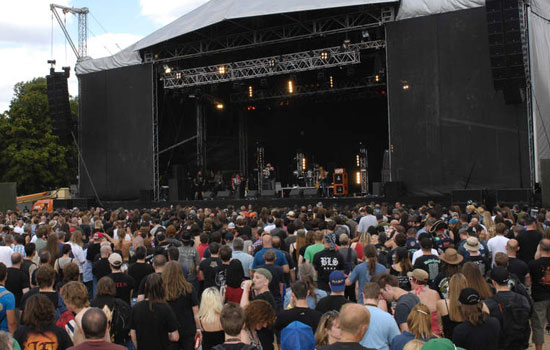 Marillion are one of those bands that seem to have always been there. It would be difficult to imagine the progressive rock scene without them, as they are the reason why many in the crowd are here today. Opening with the fifteen minute marvel that is ‘Gaza’, Steve Hogarth and co prove their longevity. Their set is filled with relatively new tomes, the post pre-1995 entry being ‘Sugar Mice’ but to the delight of the crowd. Steve Hogarth’s stage-based eccentricities and his unique vocal style (apparently unaffected by time) are on top form. Much of the set comes from their latest release, ‘Sounds That Can’t Be Made’, arguably their best yet. The crowd sings ‘Power’ as though it was their last breath, and as they close all too soon with ‘The Invisible Man’; it is clear that Marillion reach stretches beyond the progressive world. 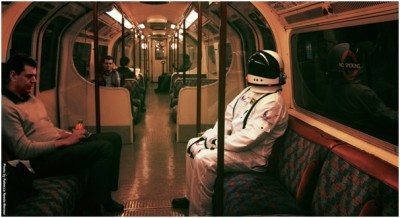 Lonely Robot, the new project masterminded by producer/guitarist/vocalist John Mitchell (It Bites, Frost*, Arena) is streaming the music video for “Are We Copies”, off their debut album Please Come Home, out March 10, 2015 via InsideOutMusic, here.

Stream a lyric video for “God vs Man” here. 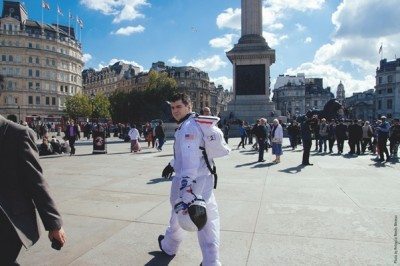 Lonely Robot is streaming a lyric video for “God vs Man”, off of their Please Come Home album, due out March 10, 2015 via Inside Out Music, here.

This is the the new project masterminded by producer, guitarist and vocalist John Mitchell (It Bites, Frost*, Arena).

Mitchell had this to say about the first full track to be released from the album:

“God vs Man, the human race seeks to control and overcome everything it comes into contact with. Just because science and progress says we can doesn’t mean we should”.

A teaser for the album was also recently launched and you can find that here.

John Mitchell had this to say about the project:

“I’d long thought about doing an album where I could have total control from start to finish with the music, lyrics, production, and choosing who I wanted to contribute – expanding from the idea of just a solo album. Musically, this album is very proggy, but more about atmosphere than technical expertise, inspired by my love of science fiction and interest in the evolution of the human race.” 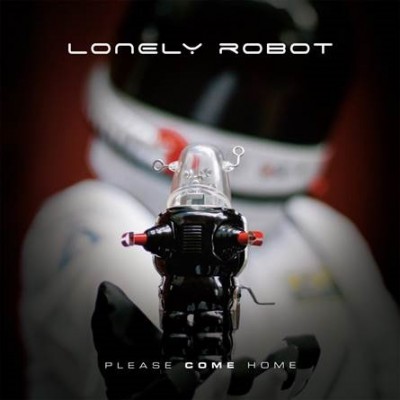 The track-listing for the album is as follows:
Airlock
God Vs. Man
The Boy In The Radio
Why Do We Stay?
Lonely Robot
A Godless Sea
Oubliette
Construct/Obstruct
Are We Copies?
Humans Being
The Red Balloon

Lonely Robot, the new project masterminded by producer, guitarist and vocalist John Mitchell (It Bites, Frost*, Arena), recently announced the release of its debut album Please Come Home on February 23, 2015. Check out a teaser of the album here.

The track-listing for the album is as follows:

The track-listing for the album is as follows: