Instead of reminding everyone of the horrible year we’ve had by sharing this list of my top 20 albums of 2020 with all of you, I want to think that I am sharing new music that can keep being an outlet to rely on when times are tough. We’re in a moment in time where we’re all vulnerable and music keeps being one of the best tools to help our mental health. The following albums are the ones that helped me go through the year and I hope you find something that you can add to your playlist and enjoy it as much as I do. Within each album, there is the country, genre, and their Bandcamp links (for those that have Bandcamp) in case you want to directly support them in these troubled times.

END_OF_DOCUMENT_TOKEN_TO_BE_REPLACED

2020 has been a strange and difficult year for most people, but that hasn’t stopped the release of some truly fantastic music. As we near the close of this tumultuous and trying year, here are the 20 albums that have resonated the most with me in 2020.

END_OF_DOCUMENT_TOKEN_TO_BE_REPLACED 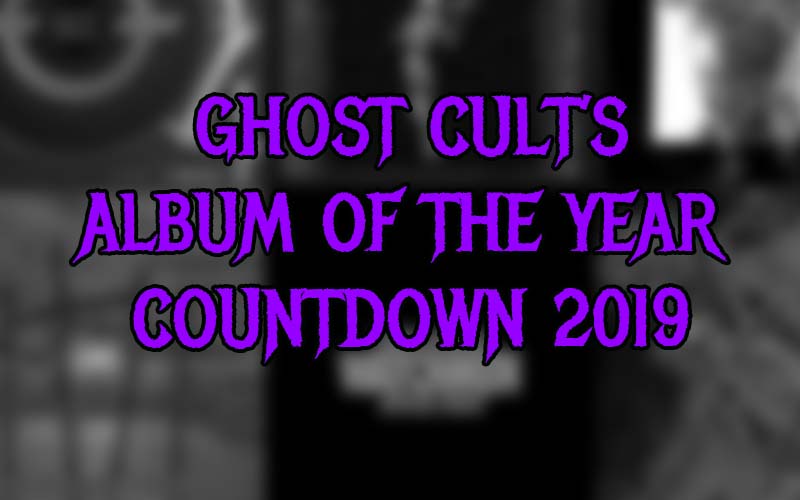 Continuing our celebration of the releases from 2019 that hit the hardest with our team of metal-loving maniacs, we bring you Part 2 of the official Ghost Cult Albums of the Year and count down from 40 to 21…

You can find Part 1, containing our coverage of the albums that charted from 75 through to 41, here. END_OF_DOCUMENT_TOKEN_TO_BE_REPLACED 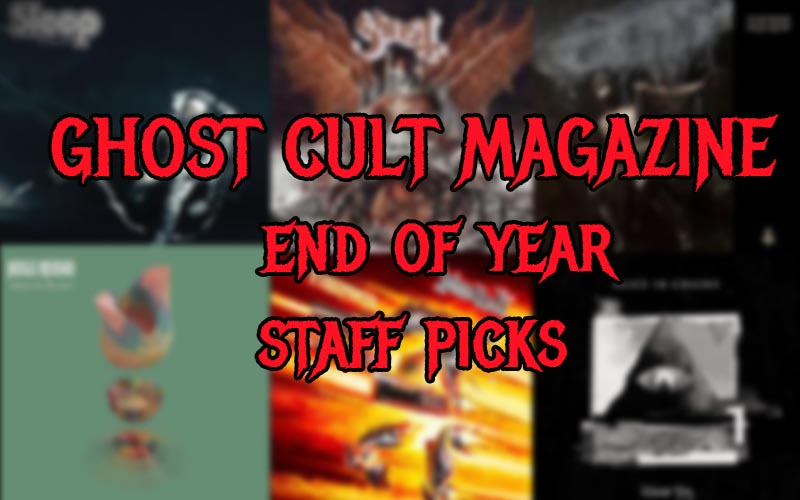 Minimal waffle, maximum music – I’m very aware that there is too much music and not enough time! I’ve had close to 1,000 albums pass through my inbox this year alone (I’ve probably only been able to listen to about a third of them), and what I’m presenting are my favourite albums of 2018, the albums that I’ve connected most with, that matter most to me, one way or another.

Hope you find something new to get into… END_OF_DOCUMENT_TOKEN_TO_BE_REPLACED 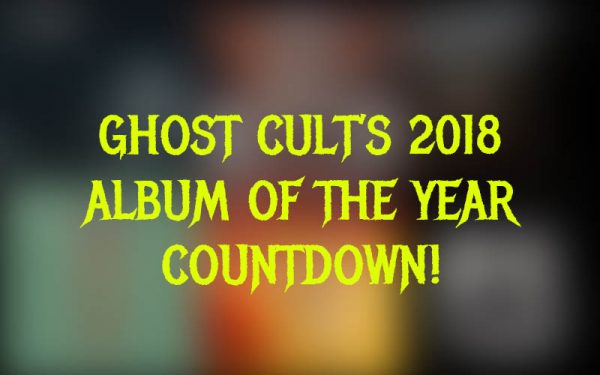 With another calendar year of stellar heavy, alternative and progressive music behind us, we continue our countdown of the best of the best albums, as voted for by the Ghost Cult global team. People Power Part I took us from 70 through to 26, Part II took us down the back straight, ticking off albums 25 to 11, and now we come round the final bend and as Part III presents the albums that charted 10 through 2 of the Ghost Cult Albums Of The Year, 2018.

END_OF_DOCUMENT_TOKEN_TO_BE_REPLACED 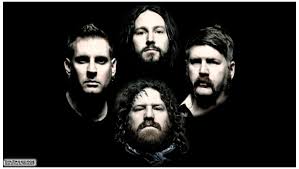 Mastodon – Once More Around The Sun

Despite being a tad on the over melodic side and not packing maybe the crunch of their early work, to be blunt its still fucking Mastodon. You cannot argue with tunes like ‘The Motherload’, ‘Ember City’ and ‘High Road’ for sing-along anthems, as well as the stunning ‘Diamond In The Witch House’ featuring Scott Kelly (as always). The album still has riffs in abundance and what more is there really to say, its Mastodon.

Code Orange- I Am King

Doomy, Droney and at all times a crushing experience, Just like Tripytkon’s album was like living inside a H R Giger painting, Code Orange’s album I Am King is like transcending the plains of reality in a David Lynch film and experience all elements of the spectrum and so much more at the same time. 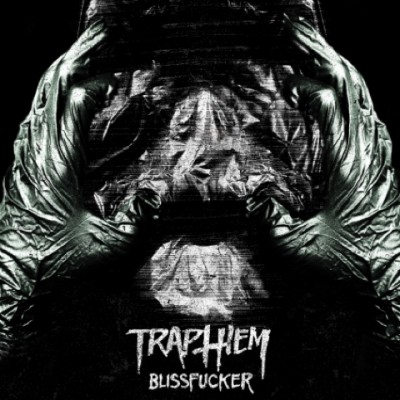 2014 is the year where Trap Them emerge as one of the brightest shining lights in the world of extreme metal. Nasty, dirty riffs smothered in the Entombed guitar tone played with super precision and grit. With Blissfucker, Trap Them show that they are fast becoming one of the most in form and aggressive bands in the world.

Frank Turner’s return to hardcore could not have been any sweeter. Packed will all The Refused and At The Drive In post-hardcore vibes and riffage, Mongol Horde deliver a fun blast of anarchic punk that no matter what context I hear it in makes me want to wreck the place up. Also I challenge you to find two better lyric topics than Natalie Portman’s tapeworm leading a revolution and a the bastard child of a horse and a rhino being a unicorn.

Against Me! –The Transgender Dysphoria Blues

Nowhere near the heaviest album to come out this year, but might just be the most powerful. Against Me where already being hailed as one of the best songwriters in the world before the news about Laura Jane Grace became public earlier this year, but on this album they have surpassed themselves. Grace’s brutally honest and poignant lyrics as well as an album packed with soaring choruses create one of the most emotional albums of the year.

Young And In The Way – When Life Comes To

Savage black metal-tinged hardcore, which some say is becoming over done with bands such as Tombs already well established in this field. However its Young And In The Way who absolutely nail the sound of raw black metal crossed with razor sharp aggression spewing from every pour of this album.

Put simply, the most exciting band to break through in 2014. Sounding like a mish mash of System Of A Down, Rolo Tomassi without the electronic parts and a slight indie tinge to their guitar tone, Marmozets have made the biggest impact in terms of my opinion of them. At the start of the year I had no idea who they were and now they are barely ever off my iPod. A frenetic ball of fun and high pitched energy from start to finish, Marmozets have proved themselves to make a serious impact.

Safe to say the return of the year. With all that has gone on in the past six years since their last release many people thought Slipknot were done and ready to be condemned to the scrap heap like so many fallen bands before them. But the new crazy Nine motherfuckers from Iowa returned in a big way, silencing critics and delivering their most savage and best album since IOWA. From the world conquering ‘AOV’ to the haunting electronic flourishes of ‘Killpop,’ to the already festival anthem in waiting that is ‘Custer,’ .5 The Gray Chapter is not just a return but it is a statement to the bands intent to remain one of the biggest and best bands metal will ever have. 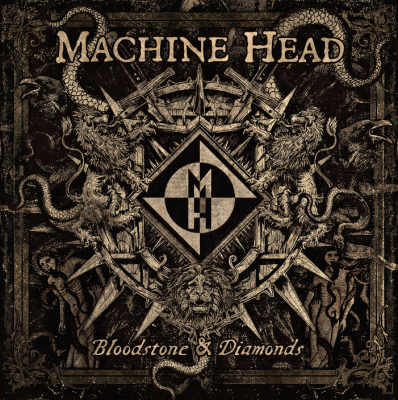 After the post release kicking that Unto The Locust received (unjustifiably in my opinion, its not The Blackening but in all honesty could have lived up to that hype) Machine Head seemed backed into a corner as people began to talk down the bands achievements and their prospects going forward. So like a rabid wolverine backed into a corner, Machine Head did what they were always going to do in retrospect, come out fighting and tear everyone face off with their sheer magnificence.

Bloodstone & Diamonds is not just the best album of 2014, but might be a serious contender to being better than The Blackening. The album oozes riffs like a UKIP candidate oozes bullshit, the album has a return to out and out pace whilst still maintaining the complexity of the bands poster Supercharger work. 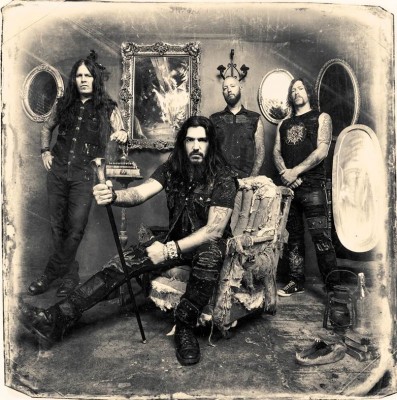 That’s without getting to the quality of the song writing on this album, with the likes of ‘Now We Die’, ‘Killers and Kings’ and especially the trash magnum opus ‘Game Over’ which may sound like Rise Against playing a Slayer song, but is still magnificent in the live arena. With the likes of ‘Beneath The Silt’, which sounds like if you rammed Deftones and Down into a jam room together and ‘Sail Into The Black’ sounding like Sunn0))) with notes showing the bands willingness to experiment is still as rampant as ever, Bloodstone & Diamonds is the song of a band at the top of their game, but most importantly reminding everyone in the whole world how good that top of their game is. 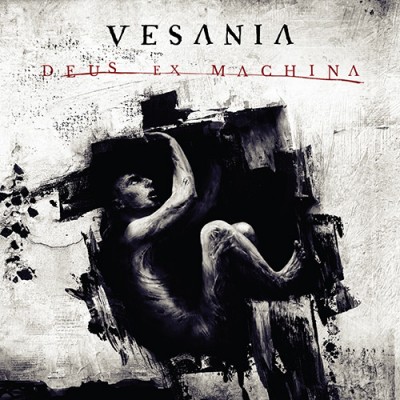 I know, I know, I wrote about My favorite show of 2014 and it was King Diamond, and now I’m going to write about My favorite album and I’m realizing it’s also a Metalblade records. Maybe I should just write “How Metal Blade records ruled My metal world in 2014”. A lot of damn fine records came out. Obviously we all know how excellent Behemoth’s The Satanist is. It’s so good even mainstream media around the globe is taking notice. Since My Behemoth collection is pretty well rounded and I felt obligated to get it. I almost wanted to dislike it because I knew how much everyone hated it…but I found Myself falling in love and playing it over and over again in spite of Myself.

The news I had looked forward to the most though was that Metal Blade records had also signed Vesania, a symphonic black metal super-group with roots firmly planted in Poland. The group is fronted by Orion, bassist of Behemoth (damn did this guy have a great year or what?) Though Orion fronts the band he never really steals the show because every member of Vesania is a superstar in their own right. Vesania also boasts current and former members of Dimmu Borgir, Vader and Decapitated. The band has been together and performing (never in America of course) for over a decade and now has three albums to show for it. I have fond memories of driving around in the harsh New England winter blasting 2007’s Distractive Killusions on the car stereo wondering if I’d ever get the chance to see Vesania live. I’ve always hoped for a new album and even asked vocalist Orion about it in a 2010 interview I did with him for Burning Angel.

So when the band announced that they’d be releasing a new album with Metal Blade records in 2014 I was excited. Like, pre-order as soon as possible excited.

And the album titled Deus Ex Machina did not disappoint Me in the least. I don’t think there’s one particular sound for this album, but rather a marriage of many different styles and elements. Symphonic black metal is a term you hear used over and over with this band, and that’s pretty accurate I suppose. To Me it’s adventure music, it’s soundtrack music, it’s almost video game music that makes you feel as if you are on an epic metal journey where magical things are possible. When I first heard it I thought it made Me want to stomp around a fire and take My clothes off. It’s almost confusing, in the best way possible. Each track is different enough, and some tracks even change so drastically mid song that it keeps you guessing, and wanting to hear what will come next. Whether or not it can be categorized, it makes you FEEL something, and that is no small feat in 2014.