According to a post from SiriusXM’s Jose Mangin made on social media, Paul Wrath of the band Cerberus, and his father Pablo Jiménez were involved in a fatal car accident. Paul (27) was the lead singer and guitarist for the Mexico City band that had earned acclaim and airplay on SiriusXM and other outlets. Cerberus won a national contest to open for Metallica on the World Wired tour in 2017. They also had their single “Tekilla” from their album “Fire” featured on SiriusXM Liquid Metal program and performed at Mangin’s Taco Metal Party. There’s been no comment released from the band or management as of yet. END_OF_DOCUMENT_TOKEN_TO_BE_REPLACED 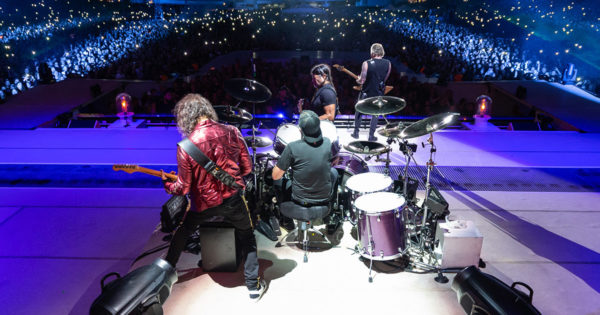 Lars Ulrich of Metallica has announced a new special on the New Wave Of British Heavy Metal (NWOBHM) for Mandatory Metallica, a new limited-engagement SiriusXM radio channel with music and content curated by the band. This new artist-branded channel, a return of their previous 24/7 programming, coincides with the 30th anniversary of the release of The Black Album, which saw a deluxe rerelease September 10th, 2021. Read our review here. Watch a video message from Lars about the show.

END_OF_DOCUMENT_TOKEN_TO_BE_REPLACED 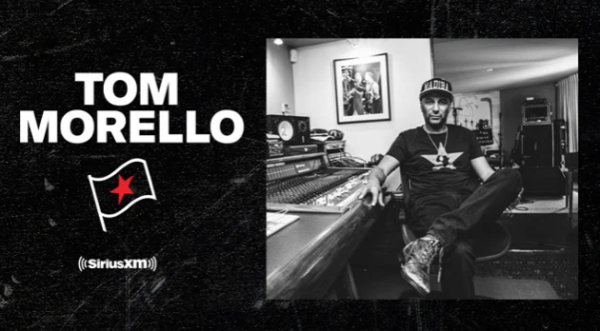 Legendary musician and political activist Tom Morello of Rage Against the Machine, Bruce Springsteen’s band, and more have teamed up for his own SiriusXM channels and podcast, in a new collaboration. The deal includes all-original content that spans three new streaming music channels and a new additional weekly show beginning March 2, and an original podcast, beginning March 3. The content hand-crafted by Morello includes streaming music channels that are part of SiriusXM’s Xtra Channels offering, which has expanded even more since its debut of 100 curated music channels in early 2019. Morello’s music channels will amplify the intersection where music and activism collide, a wide range of heavy metal music, and will explore his personal influences and musical collection.

END_OF_DOCUMENT_TOKEN_TO_BE_REPLACED 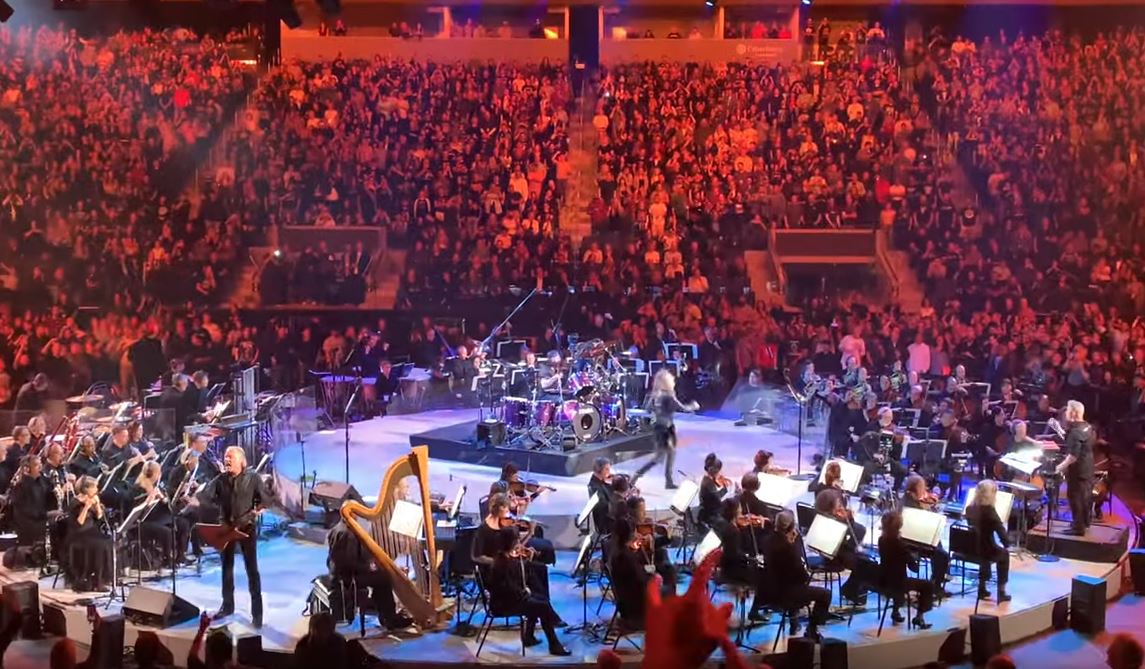 Metallica shared a new interview with SiriusXM host and “metal ambassador” Jose Mangin, where they all joined via a Zoom call. The band discussed their new album S&M2 with the San Francisco Symphony Orchestra, their livestream, drive-in concert (before it was aired live at drive-ins, how they created their new version of ‘Blackened”, and much more. Their new album S&M2 live album and concert movie is out now via Blackened Recordings. You can still order your exclusive bundles and limited edition merch with all the typical stuff, as well as special things, such as S&M2 performance-used music. S&M2 were two performances held in San Francisco in September of 2019. END_OF_DOCUMENT_TOKEN_TO_BE_REPLACED 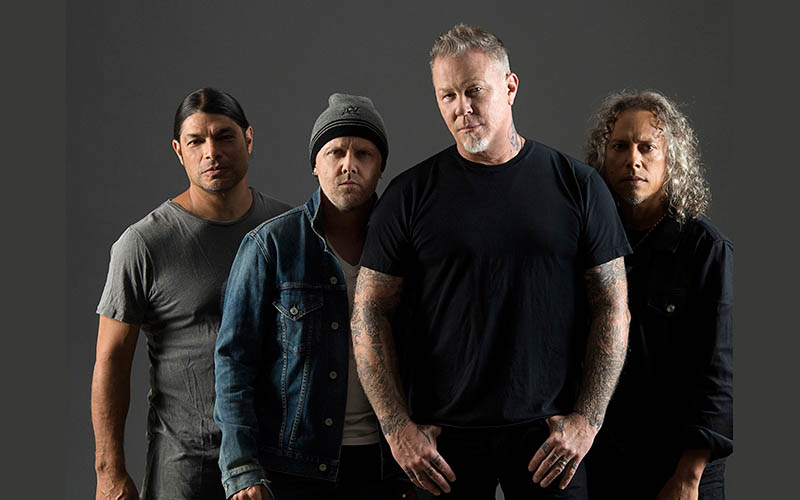 After sharing a video of the band reuniting in-person to rehearse their classic song “Creeping Death” a few days ago, Metallica dropped hints they will appear soon on Howard Stern’s SiriusXM show. Stern has been a long-time fan and supporter of Metallica, going back to the early 1990s when they first came on his radio show at WXRK/K-Rock Radio during his heyday. Metallica recently had a month long-exclusive channel play non-stop content from the band. END_OF_DOCUMENT_TOKEN_TO_BE_REPLACED 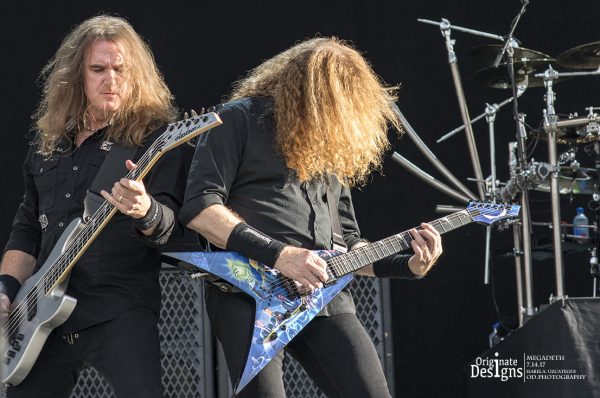 Megadeth leader Dave Mustaine has revealed that the band is in the studio and recording up to 18 songs for their highly-anticipated new album, As part of their “The Metal Tour Of The Year” streaming event hosted by SiriusXM’s Jose Mangin, Dave spoke about the progress of the recording sessions for the band’s follow-up to 2016’s “Dystopia” album. He said (see video below, transcribed by Blabbermouth.net): “Dirk [Verbeuren, drums] and David Ellefson [bass] both just finished their parts. And this was probably one of the strongest records we’ve ever had as far as duration. The other records we’ve done have all done been different lengths, and our [record] contract that we have [to deliver] for one company, it’s eight songs, for another company, it’s 11 songs, so, realistically, all we need to do is do an 11-song album and we’re done, right? That’s not the way old Uncle Dave is, though.

END_OF_DOCUMENT_TOKEN_TO_BE_REPLACED 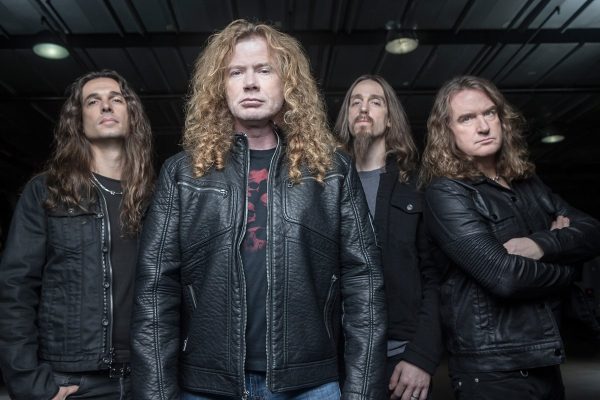 Megadeth, Lamb of God, Trivium and In Flames for the Metal Stream of the Year, the namesake for their postponed hosted by Jose Mangin of SiriusXM TODAY, Friday June 12th, beginning at 2 pm PDT / 5pm EDT / 10pm BST / 11:30 CET at the link below.

END_OF_DOCUMENT_TOKEN_TO_BE_REPLACED 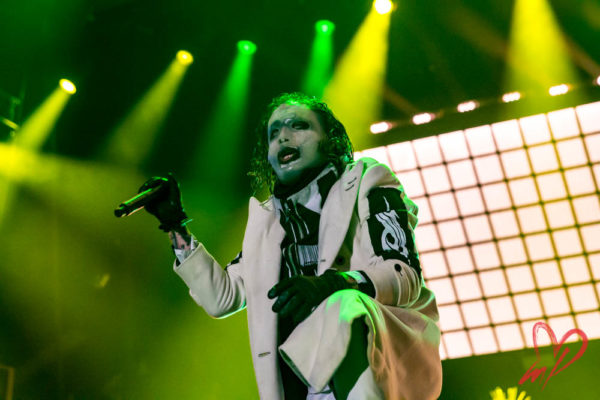 In a new interview with Eddie Trunk on SiriusXM’s “Trunk Nation’, Corey Taylor of Slipknot has revealed that the band has moved all of their 2020 tour dates to 2021, due to the effects of the coronavirus pandemic. As transcribed by Blabbermouth.net “This whole year was booked, and some stuff that hadn’t necessarily been announced…,” he said during an appearance on yesterday’s (Wednesday, June 3) episode of “We had two shed tours [booked] — we hadn’t even announced the second leg of it, which was gonna be later in the fall. So right now, we’ve basically moved everything until next year. Everything is just basically being picked up and moved — same time next year. Because to us, we’re not canceling — we’re just postponing. Once everything settles down and everybody is able to catch their breath and everything, and everybody feels good, and hopefully, there’s been some progress made as far as a vaccine or whatnot, once the tentative fear goes away, everyone’s gonna be barking to go to shows. And that’s when we’re gonna be ready to go again. So, yeah, we just basically moved everything to next year.” Last month, Slipknot canceled all of its previously announced summer 2020 tour dates, including the Knotfest Roadshow, Knotfest UK and Knotfest At Sea, due to the coronavirus crisis. END_OF_DOCUMENT_TOKEN_TO_BE_REPLACED 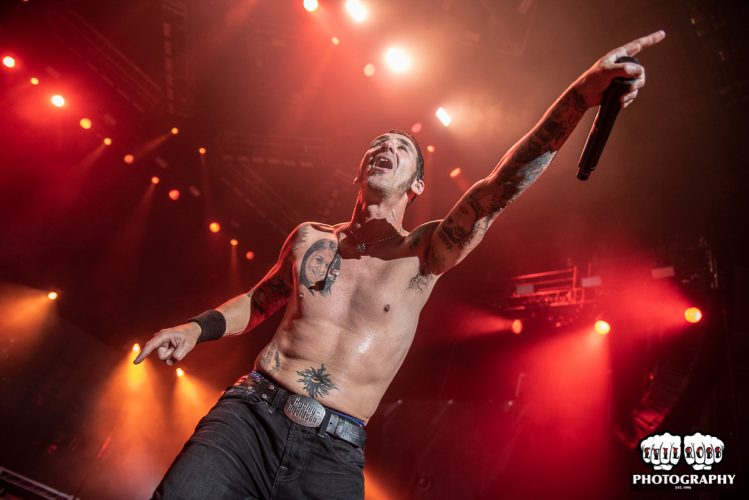 In a new interview with Eddie Trunk, Sully Erna says that Godsmack has decided against scheduling any tour dates this year while the world is trying to fight and emerge victorious against the deadly coronavirus (COVID-19) pandemic. As previously reported, Erna will launch a new twice-weekly Internet show, called “Hometown Sessions”, on Tuesday (April 14) at 6:00 p.m. via his YouTube channel. The band also just released a great music video for the song ‘Unforgettable, featuring young musicians. Over the weekend, Dr. Ezekiel “Zeke” Emanuel, special adviser to the director-general of the World Health Organization, told The New York Times that he doesn’t anticipate it to be safe to return to concerts, sporting events and other mass public gatherings for another 18 months. END_OF_DOCUMENT_TOKEN_TO_BE_REPLACED 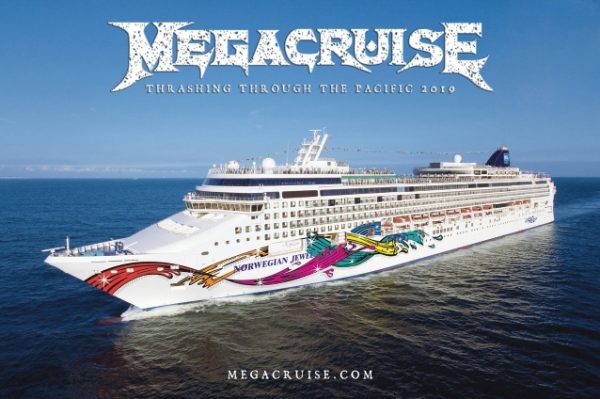 Like most metalheads, I’ve been to a lot of metal shows over the years. Over the hundreds of metal shows I’ve attended, never once did I think to myself “You know what would make this even better? Being trapped on a boat in the middle of the fucking ocean.” And yet, having taken some time to reflect on my experiences aboard the inaugural MegaCruise by Megadeth, I revel in the memories of experiencing choppy water while thrashing through the Pacific, convinced I’m going to die on a boat watching Dragonforce and being oddly ok with it. END_OF_DOCUMENT_TOKEN_TO_BE_REPLACED