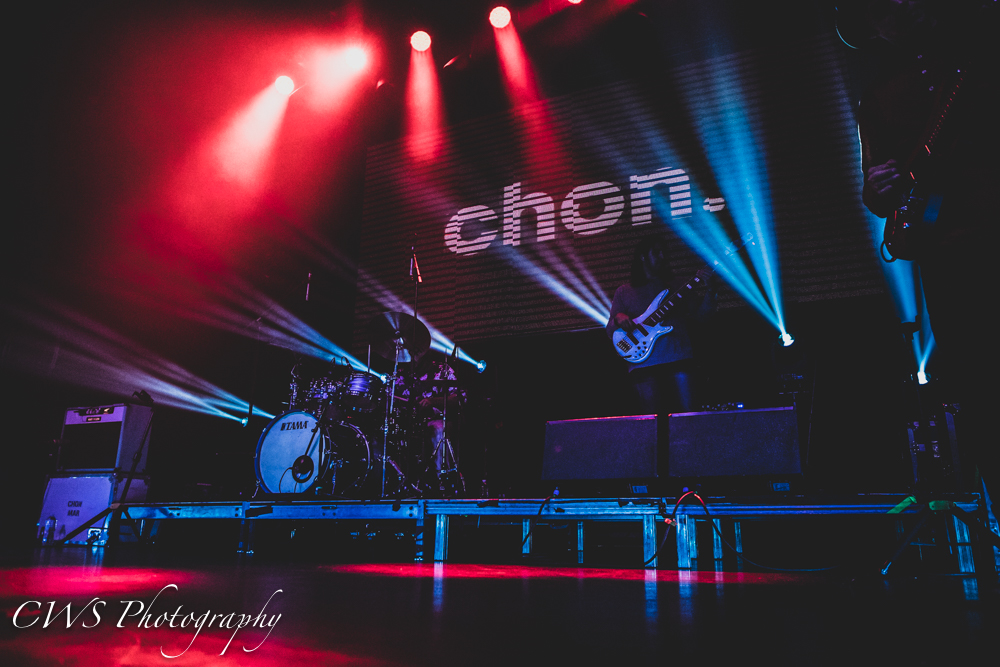 Do you like experimental jazz fusion with dizzying drum patterns and enough time signature changes to make any music theory student do their version of the happy dance? Then have I got a show for you! Chon with DOMi and JD Beck! END_OF_DOCUMENT_TOKEN_TO_BE_REPLACED 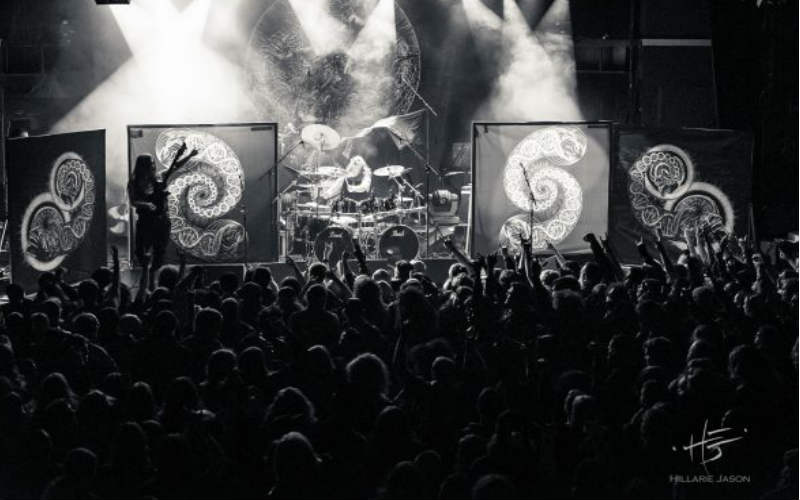 All Photos By Hillarie Jason END_OF_DOCUMENT_TOKEN_TO_BE_REPLACED 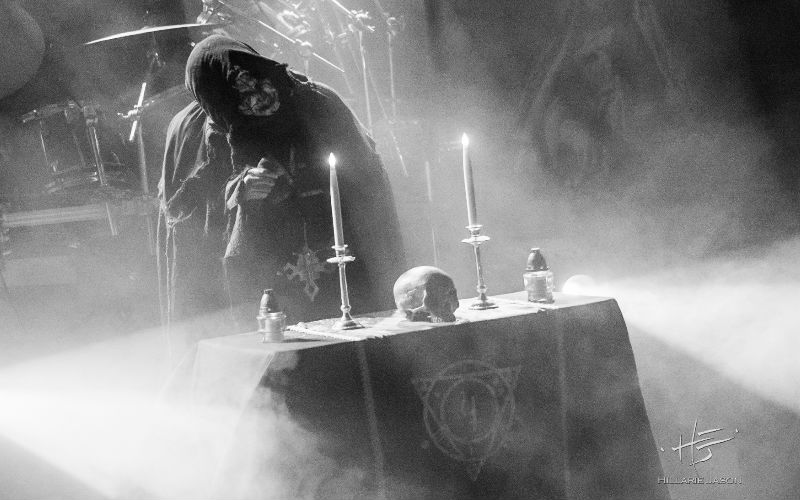 All Photos By Hillarie Jason

END_OF_DOCUMENT_TOKEN_TO_BE_REPLACED 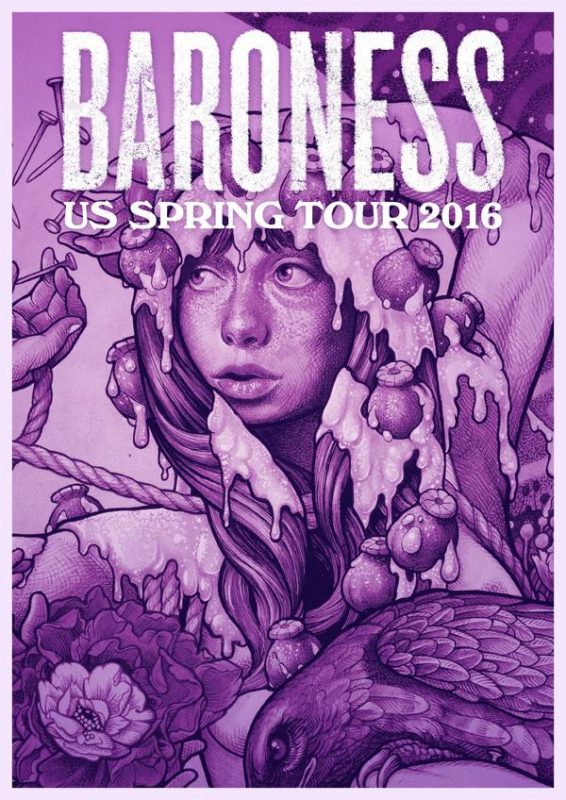 Baroness continues to tour heavily all over the globe behind late 2015 release Purple, released on their own Abraxan Hymns label. Purple is not just the latest release in the bands’ storied career, but represents a zenith of songcraft and musicianship they may not be able to top. Like every step in their career, all the music of Baroness is cinematic in the best sense. It doesn’t just tell a story, it envelopes you in all the peaks and valleys emotionally you could imagine. When we look back on it, this may be the band to define this generation. Purple is that great an album that the band doesn’t shy away from leaning heavily on new songs like ‘Kerosene’, ‘Shock Me’, ‘Chlorine And Wine’ and ‘Morningstar’ to name a few. They also peppered in hits on this night from across their impressive album catalog. The entire crowd singing a long with every word, moving with every chord and beat, non-stop. The band was captured on this night for Ghost Cult, by Evil Robb Photography at Royale in Boston: 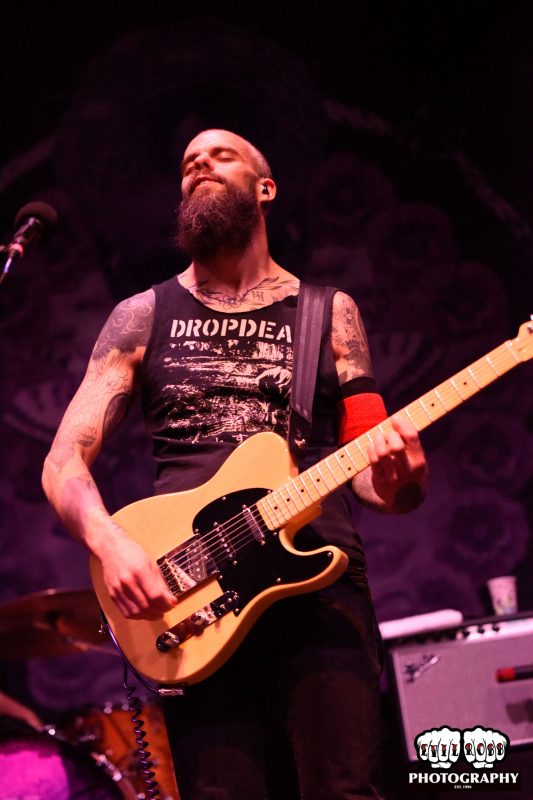 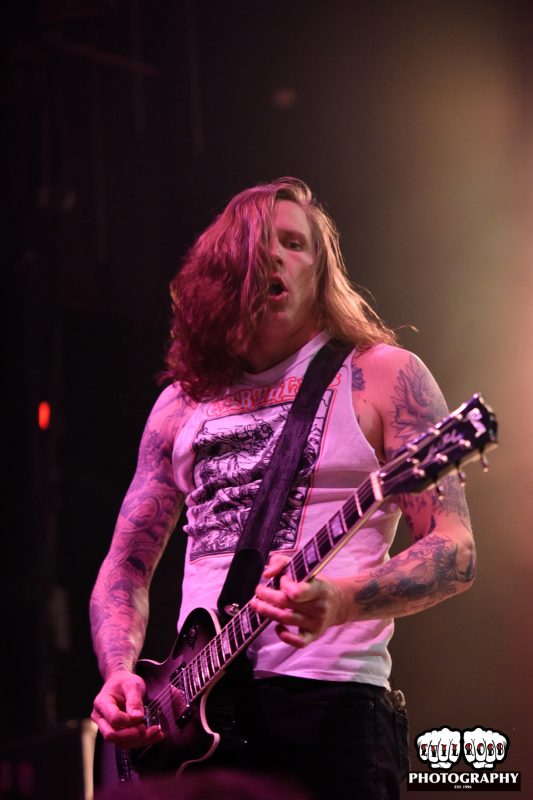 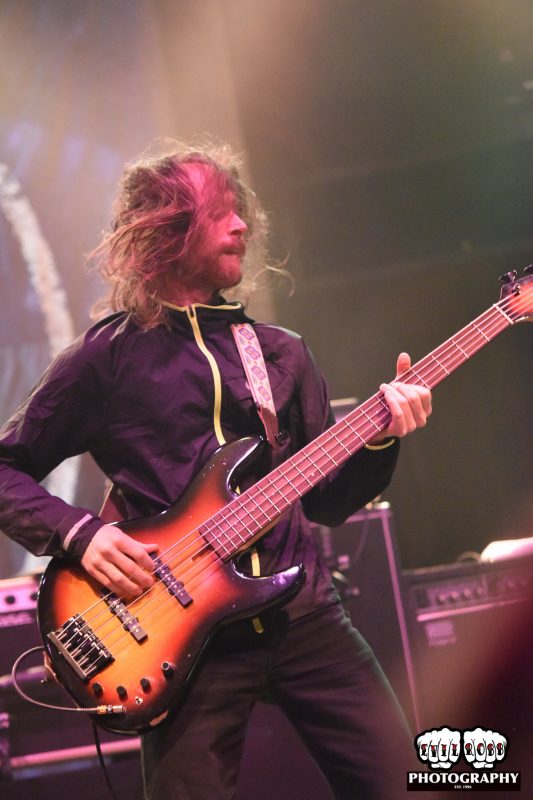 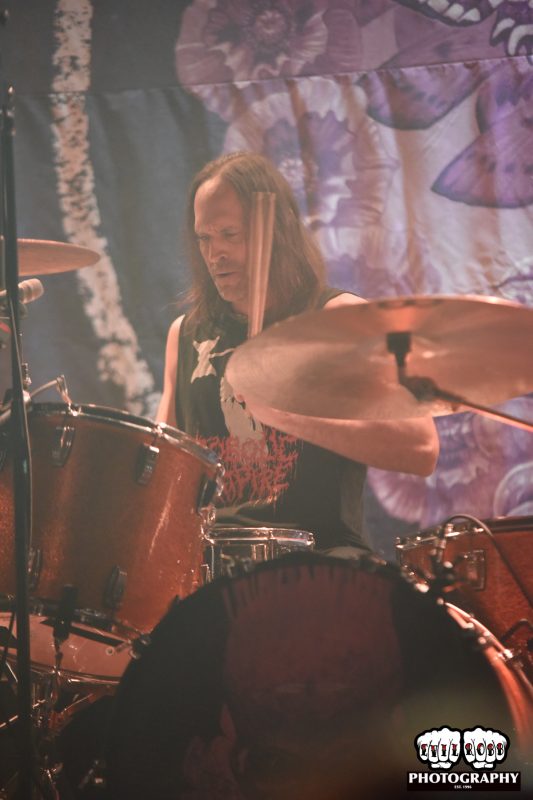 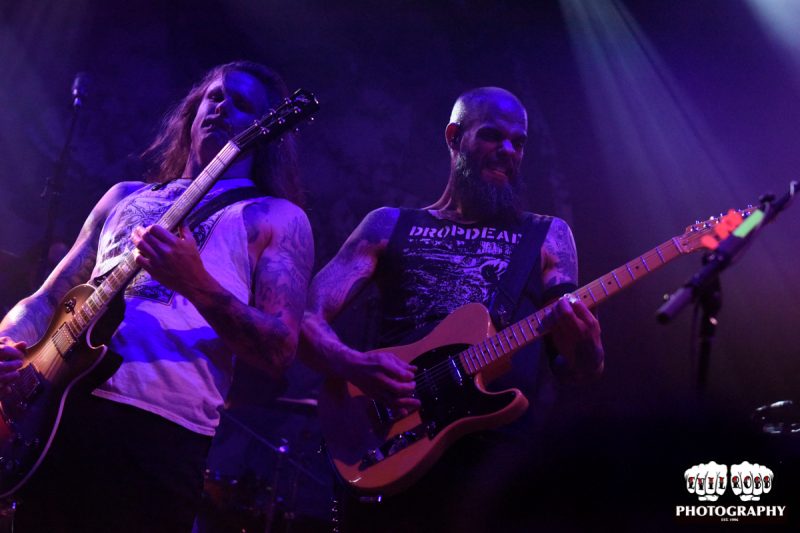 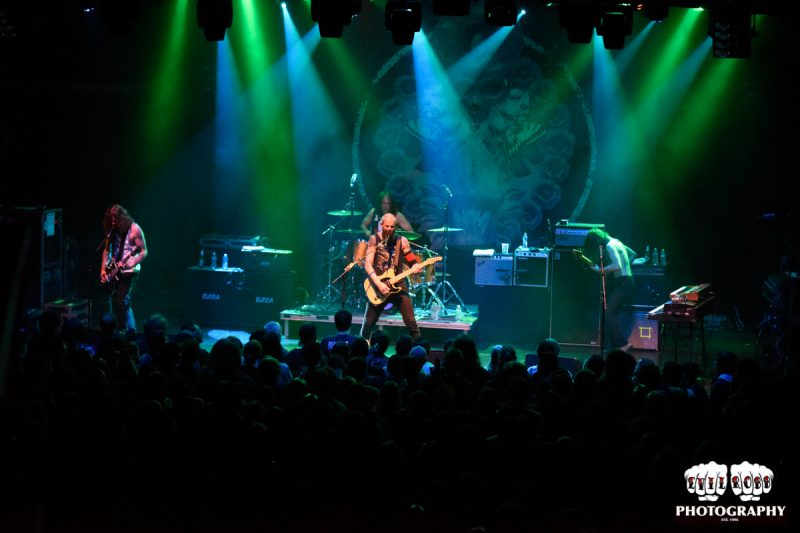 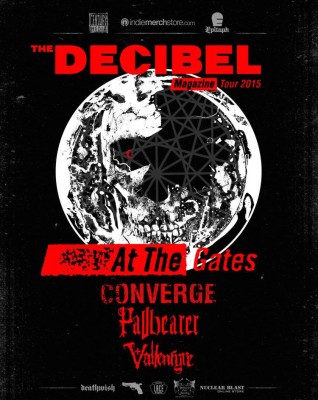 Out of all of the annual big name tours that hit North America, none have been as consistent as The Decibel Magazine Tour. On April 10th at the Royale in Boston, Decibel provided a diverse, yet exciting lineup of newcomers, Vallenfyre, one of rising stars in doom, Pallbearer, metalcore titans Converge, and the legends in the flesh, At The Gates.

Kicking off the night was Vallenfyre who, even with an early set time starting at 5:30 in the early-evening, was greeted by a generous and excited crowd. With the Royale having a strict cut off time at 9:30 on a Friday night (I know, I know) the supergroup out of the UK only had time for a few quick songs. Having said that, they got in three songs from each of their albums with favorites such as: ‘Bereft’, ‘Cathedrals of Dread’, ‘The Grim Irony’, and ‘Splinters’. I will certainly be looking forward to seeing these guys again and so should you!

Pallbearer hit the stage next to destroy the crowd’s ears and emotions with a wall of sound via doom metal. Obviously in the doom world, songs tend to run a bit longer than your typical song to truly hold atmosphere and provide a mood. Due to this, we only got three songs from the foursome from Little Rock, Arkansas. Boston got to hear ‘Worlds Apart’ and ‘The Ghost I Use to Be’ from the latest release as well as ‘Foreigner’ from Pallbearer’s debut album. Get on the bandwagon for this band as space is limited!

Next up to try and tear down the venue were local heroes, Converge. I will be honest and mention I have never truly been a big fan of these guys, but after seeing them live I think I like the taste of their brand of kool-aid. The adrenaline from the four men on stage had trickled down to the floor as fans started surfing right up and over the barricade to sing their favorite lyrics. The set list was very well constructed to allow for four tracks each from the two latest releases (All We Love We Leave Behind, Axe to Fall) and two tracks each from You Fail Me as well as the classic, Jane Doe. A few favorites heard were: ‘Dark Horse’, ‘Trespasses’, ‘Reap What You Sow’, and the closer, ‘Jane Doe’. I may not have known a single word to any of the songs played, but the sheer energy of this live set by Converge is enough to get me to come back for more.

At The Gates, by Hillarie Jason Photography.

Lastly, the gods themselves, At The Gates, took to the stage. Even given the time constraints, the Swedish legends were able to punch out a set list of 19 tracks! Obviously with a new album out (At War With Reality from Century Media) I expected quite a bit of new tracks. In total, the Boston fans got seven from the new album, 7 from Slaughter of the Soul and a few others sprinkled in. Some favorites/sing-a-longs played were: ‘Death and the Labyrinth’, ‘Terminal Spirit Disease’, ‘Raped by the Light of Christ’, ‘Suicide Nation’, and of course, ‘Blinded by Fear’. Even after being apart for all of those years, At The Gates can still bring it and boy do they bring it all. Easily one of the better shows that will hit the Boston market in 2015!

At The Gates, by Hillarie Jason Photography. 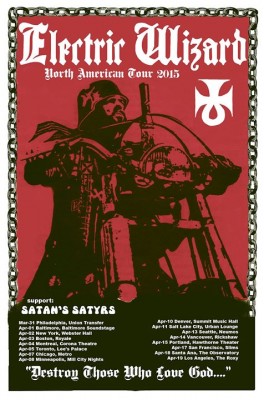 British doom legends Electric Wizard are in the midst of their first full-scale tour of the US in twelve years. What’s the special occasion? Well their acclaimed 2014 album Time To Die (Spinefarm) is occasion enough to bring this troupe to our shores and give doom fans the tour they have been dreaming of. In tow for the coast-to-coast jaunt are up and coming Virginia dirt merchants Satan’s Satyrs, making for a potent bill. On a Friday night at Boston’s Royale nightclub, all the beardos, crust punks and vest metal folk descended near the famed Boston Common-area to share their love of crushing riffs, copious herbal smoke, and many frothy brews. Photographer Hillarie Jason was on hand to capture this photo set from the show.