In celebration of the 30th anniversary of Metallica’s “The Black Album” and the forthcoming ’The Metallica Blacklist’ 53-Song covers album, Ghost, Juanes, and Rodrigo y Gabriela have curated exclusive Apple Music playlists showcasing their love for Metallica as well as tracks from other beloved rock icons.

END_OF_DOCUMENT_TOKEN_TO_BE_REPLACED 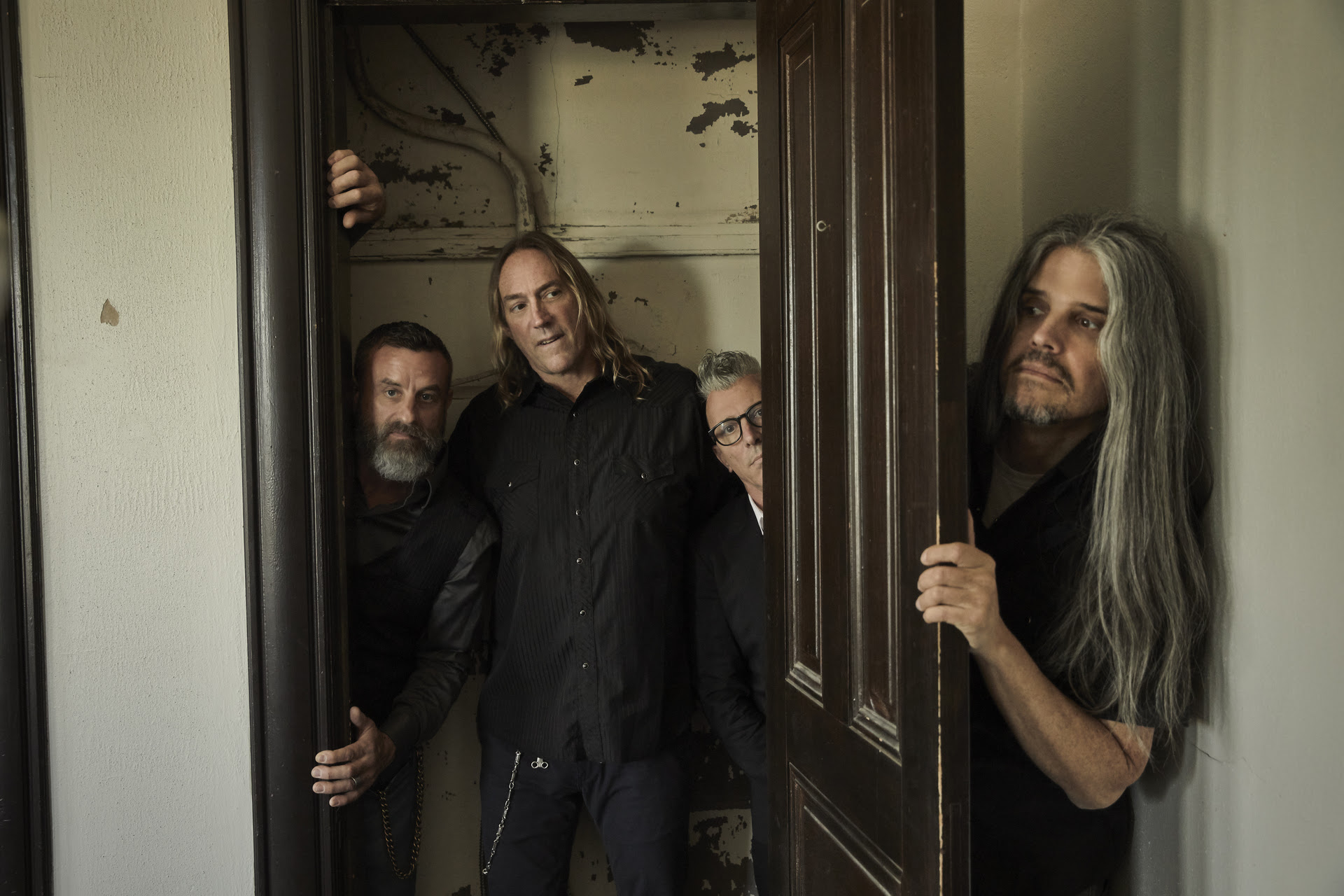 The Grammy Awards announced their winners for the Rock and Metal categories for the 2020 award ceremony, their 62nd edition. Tool won for the Best Metal Performance category for the song ‘7empest’ from their album Fear Inoculum (Tool Dissectional/RCA). Tool members Danny Carey and Justin Chancellor were in attendance to collect the award, which was announced before the broadcast portion of the show. Gary Clark Jr. who was nominated over several categories for multiple tracks won both Best Rock Performance and Best Rock Song for the track ‘This Land’. Best Rock album honors went to Cage the Elephant for Social Cues. In the more pop-orientated Alternative Rock category, Vampire Weekend won, while other Rock and Metal related artists such as Chris Cornell won for the packaging of his posthumous self-titled boxed set, and The Best Instrumental Album went to metal fans and sometimes cover artists Rodrigo y Gabriella for Mettavolution (ATO Records) The 62nd Grammy Awards are once again hosted by Alicia Keys and will air on CBS.

END_OF_DOCUMENT_TOKEN_TO_BE_REPLACED 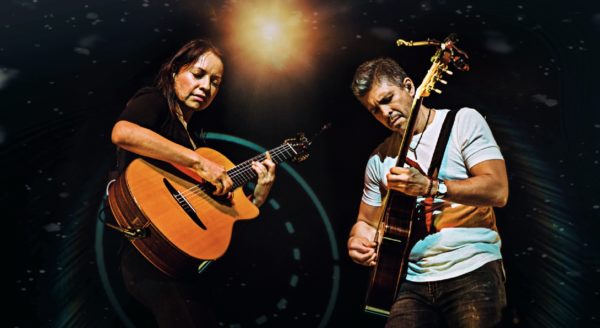 Metal-inspired Flamenco guitar masters Rodrigo y Gabriela are releasing a new EP on Record Store Black Friday on 29th November 2019. Mettal. Coming to fans on limited edition vinyl and only available from independent record stores. The EP will contain RodGab takes on classic thrash track such as Megadeth’s ‘Holy Wars’, Slayer’s ‘Seasons In The Abyss’, and Metallica’s ‘Battery’. All three tracks were produced and recorded by Sanchez in Oslo, Norway and finished at the duo’s own Lumbini Studio in Ixtapa, Zihuatenejo, Mexico. METTAL EP was mixed by Jim Monti (Slipknot, Metallica, KoRN) and then mastered by GRAMMY® Award-winner Ted Jensen (Bring Me The Horizon, Disturbed, Halestorm) at Sterling Sound, Nashville. The duo is also kicking off a new run of tour dates tonight, see them below! Check out the cover of ‘Battery’.right now!

END_OF_DOCUMENT_TOKEN_TO_BE_REPLACED 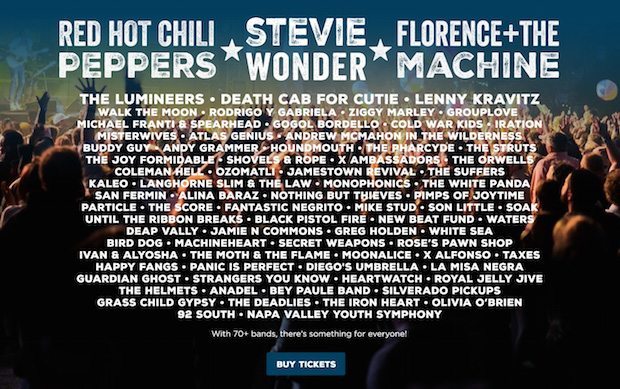 BottleRock Napa Valley the annual music festival, wine, beer and gourmet food aficionado experience will host it’s 2016 edition over Memorial Day Weekend (May 27-29) this year. Heading up the lineup will be The Red Hot Chili Peppers, Florence + the Machine, and Stevie Wonder, joined by The Lumineers, Death Cab for Cutie, Lenny Kravitz, Ziggy Marley, Walk The Moon, Rodrigo Y Gabriela and many more. Festival passes went on sale today at the festival’s official website or EventBrite. 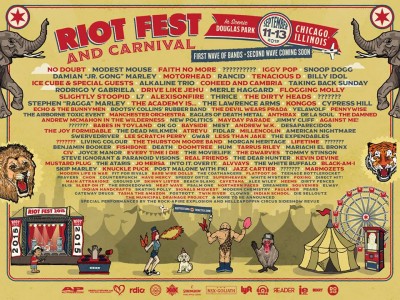 The Chicago Riot Fest 2015 will be happening on September 11-13, 2015 at Douglas Park. More artists are expected to be announced, including one more headliner who has yet to be announced. 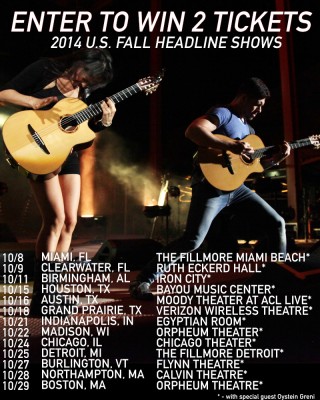 New Flamenco guitar revolutionists Rodrigo Y Gabriela have embarked on another headline tour of the USA. They are out on the road in support of their release of last springs 9 Dead Alive (Rubyworks). Øystein Greni of Norwegian rock group BigBang will open every show of the tour. The band is giving away two tickets to every show and have revamped their merch store in time for the tour as well.

We are excited to announce that Øystein Greni of Norwegian rock group BigBang will support Rodrigo y Gabriela on each headline date of their 2014 U.S. Fall Tour. Visit the ‘Tour Dates’ page to buy tickets.

Starting September 16, we are giving away two tickets to each headline show on Rodrigo y Gabriela’s 2014 U.S. Fall Tour! Each winner will also receive a vinyl copy of ‘9 Dead Alive’, and ONE grand prize winner will win a lithograph signed by Rod and Gab. Contest ends Thurs Sept. 25 at 6 PM EST
Sign up for the RyG newsletter to enter. Enter at http://woobox.com/ofvn64 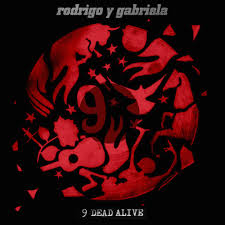 Rodrigo y Gabriela have announced additional North American tour dates this October in support of their recently released album 9 Dead Alive, the highest charting release to date of the duo’s career as musicians. They kick off their July/August run later this week with an appearance at the XPoNential festival on Friday, July 25th. The summer tour culminates with a performance at the renowned Red Rocks Amphitheater on August 17th, and includes a visit to The Late Show With David Letterman on July 29th. The complete list of confirmed dates is below.

Watch a PBS “Live From The Artist Den” performance of “Torito” on YouTube.

“In their newest album, 9 Dead Alive, Rodrigo y Gabriela return to their roots,” writes NPR Music, reminding listeners why they fell in love with the Mexican duo in the first place. The album finds them at the peak of their musical flexibility.” Consequence Of Sound praised their “remarkable guitar chops and their outright refusal to rest on their laurels.” While Relix noted that “production of the album lets their guitars have full effect, with each note hitting a nerve.”

Recorded at their Pacific Coast hideaway in Ixtapa, Mexico, 9 Dead Alive captures the warmth and spontaneity of two great musicians riffing and jamming together; perfectly distilled into nine new songs teeming with desire, elegance and gusto. Representing their first collection of new material in 5 years, each of the songs on the album are a personal celebration of individuals who have passed on, but through their deeds and words still resonate in the 21st century. Going as far back as Eleanor of Acquitaine (1122 – 1204) to Viktor Frankl (1905 – 1997), and including a tribute to one of Rod and Gab’s enduring touchstones – animals and nature.