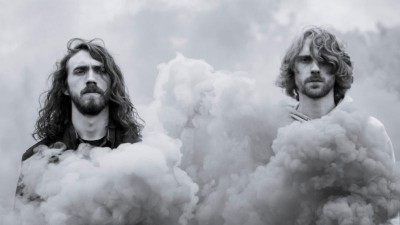 South London bass and drum duo Ghold are streaming their new album Of Ruin, out now via Ritual Productions in its entirety here. The album was recorded at lss Studio with Dan Miller and mastered by James Plotkin (Khanate, OLD). The band have an upcoming appearance at Temples Festival, along with an upcoming North American tour supporting Arabrot. 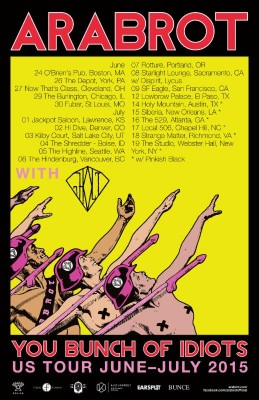 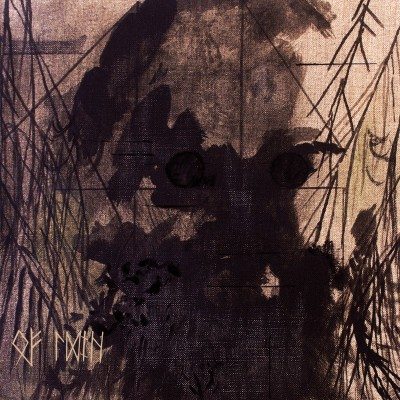 At the ‘Gig of the Milennium’ in Manchester, England, last September, a little-known London duo blew apart a path for Pallbearer and Yob to follow. Ghold certainly left their filthy, mammoth mark on that evening, and carry that on into their second album Of Ruin (Ritual Productions).

Following the path of brutal weight and minimal lyrics blazed by the likes of Conan, Ghold’s fearful cacophony carries added omen; a grimy edge to the fizzing, ploughing bass notes and a gruff, screamed vocal rather than the distant, atonal holler expected. There’s variation too with the whispered intonations of opener ‘Saw The Falling’ exploding into a Coltsblood-style roar, time switches expertly and forcibly executed by cavernous drums for a downright earth-shaking opening. The voice develops into a crackling roar à la Matt Pike during the ensuing ‘Partaken Incarnate’ with chaotic and pummelling rhythms building the atmosphere for a booming mid-section, the staccato riff savage and violent; whilst the clean vocal, reminiscent of Kansas‘ Steve Walsh, shouldn’t fit but really does, and introduces a whirling, psychedelic coda.

The apparent belief in scene-setting is borne out in the sinister vignette of jazzy structures and false heartbeat to the building intensity of ‘All Eyes Broke’, whilst the mashing, uncontrolled battery of ‘Pursed’ and ‘Odic Force’ leads to passages of ominous pondering. The middle section of ‘Odic…’ is an horrific, quickening confusion, sound attacking from all directions and showing an inventiveness to the crawling, evil resonance.

The only issue is the rigidity of tone and cold lack of emotion which the occasional contribution of a guitarist, so effective in the live show, would awaken considerably here. Of Ruin represents the monstrous warrior, unmoved by pleasantry and unwavering in his savage wielding of a weapon, the merest hint of a switch in direction garnering devastating results without flourish. The riff and clattering bass of closer ‘Rid The Gleam’ drop from the heavens, whilst the squeaking of the viciously-treated strings attack the nerves like a prowling psychopath. More adventurous than many such cave-dwellers however, there’s mystique and intrigue in Ghold’s approach, showing the ability to lead and even change the game. 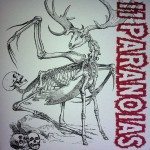 Electric Wizard. Ramesses. Bong. An alumni of doomsters who are only capable of putting out incredible slabs of baked sludge so it’s no surprise that Superunnatural contains some of the most drawn out, fuzzed up, monolithic tunes out there. END_OF_DOCUMENT_TOKEN_TO_BE_REPLACED 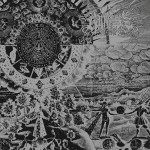 Ramesses is a British doom/sludge trio consisting of guitarist Tim Bagshaw (ex-Electric Wizard), drummer Mark Greening (Electric Wizard) and vocalist/bassist Adam Richardson (ex-Lord of Putrefaction). Unfortunately Ramesses has been put on hold. Bagshaw moved to the US to form Serpentine Path with the guys from Unearthly Trance, and Greening rejoined Electric Wizard, leaving Richardson out in the cold. Thankfully Ritual Productions decided to reissue debut full length Misanthropic Alchemy for those who just can’t get enough. This exhausting 2-disc set spans over two dominating hours and includes MA on the first disc. The second is made up of the We Will Lead You To Glorious Times EP, the Tomb EP and Glorious Dead’ from the split with Unearthly Trance. END_OF_DOCUMENT_TOKEN_TO_BE_REPLACED