When Reign in Blood (Def Jam) catapulted Californian thrashers Slayer into the big leagues, the 1986 (or 1987 if you lived in the UK) seminal release also created a problem for the band. How exactly do you follow perfection?

END_OF_DOCUMENT_TOKEN_TO_BE_REPLACED 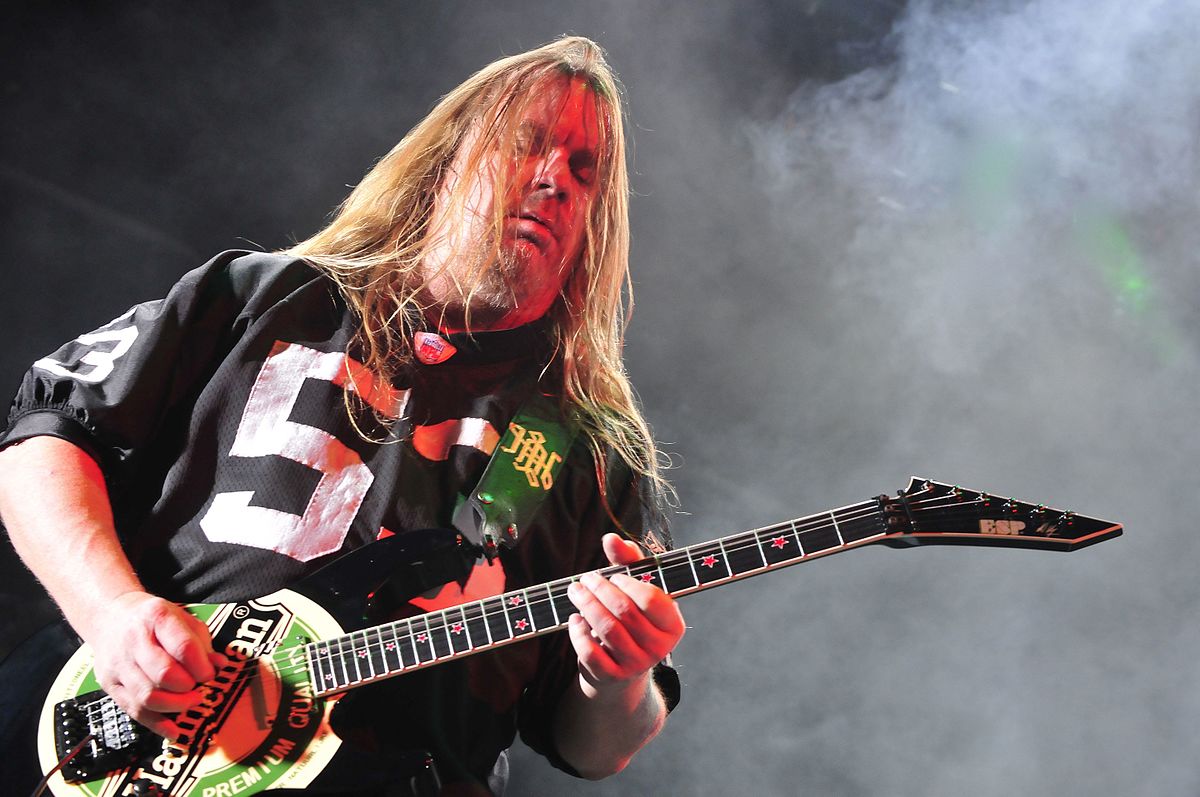 Ghost Cult continues to fly the flag of Slayer high, and customarily we celebrate the life of Jeff Hanneman, who passed away on May 2nd, 2013. Jeff left an indelible mark on all of metal through the music and performances he created with Slayer. His legacy as a riff maker, songwriter, soloist, and metal personality has not been dampened since his death. In the time since he passed, Ghost Cult observed Slayer as they released a final studio album with Jeff’s contributions (Repentless), had a legend take his spot live (Gary Holt of Exodus), released a comic book with Jeff’s likeness, completed their final world tour ever of two years, released an incredible film/music video trilogy (The Repentless Killogy), former bandmate DaveLombardo wrote a loving tribute to his fallen friend, and we have written two career-spanning retrospectives (read them here and here) on the end of the band. Every night on that final world tour, Slayer honored Jeff during ‘Raining Blood’ with the still reigning banner. Hail Jeff and Hail Slayer!

END_OF_DOCUMENT_TOKEN_TO_BE_REPLACED 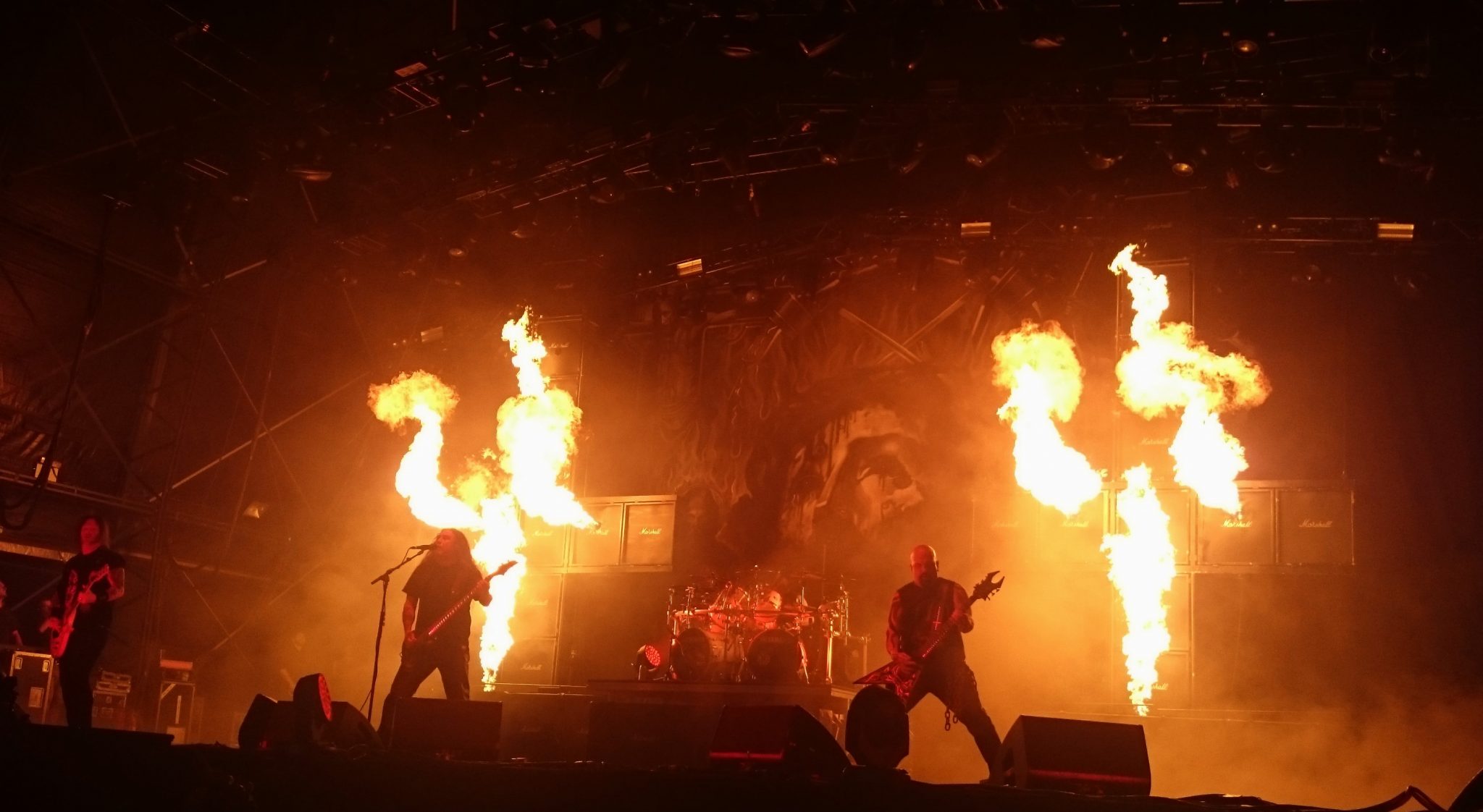 From the first day of December 2019, we enter a dark, horrifying new era. Life without Slayer.

From the moment I discovered Slayer on a compilation album called Speed Kills back in 1985, my life was changed forever. Just the sound of their name was enough. Everything you needed to know about the band encapsulated in two perfect syllables, especially when screamed at an ear-splitting volume or when chanted with thousands of other like-minded blood-hungry psychopaths. END_OF_DOCUMENT_TOKEN_TO_BE_REPLACED

Super7 is at it again! After recently releasing King Diamond, Ozzy, Megadeth, Motorhead, Misfits ReAction figures and the already sold out Slayer Minitour from Show No Mercy, the toy brand is releasing a “Black Magic” Slayer figure! The figure celebrates Show No Mercy and Jeff Hanneman who passed away six years ago today. The figure release next week via the link below. END_OF_DOCUMENT_TOKEN_TO_BE_REPLACED

Six years ago today Jeff Hanneman of Slayer died. It still feels unreal that he is gone. Although Slayer has soldiered on without their fallen brother, Slayer is on their final world tour, a definite eventuality once Jeff passed away. Ghost Cult has written a lot of words about the importance of Slayer and Jeff as a composer and guitarist to the thrash metal genre, but also what he has meant to the scene as a personality, in both life and death. What follows is a collection of Jeff’s greatest Slayer hits as well as our original obituary, written at the time of his passing. Rest In Power Jeff!

END_OF_DOCUMENT_TOKEN_TO_BE_REPLACED

Five years ago today Jeff Hanneman of Slayer died. It still seems impossible to grasp that we lost a thrash metal titan. Although Slayer has soldiered on without their fallen brother, it seems fair that they are looking at retirement soon. Ghost Cult has written a lot of words over the years espousing the devout respect that Jeff deserves both as a writer and player in the halls of thrash metal greatness, but also what he has meant to the scene as a personality, in both life and death. What follows is a collection of Jeff’s greatest Slayer hits as well as our original obituary, written at the time of his passing. Rest In Power Jeff!