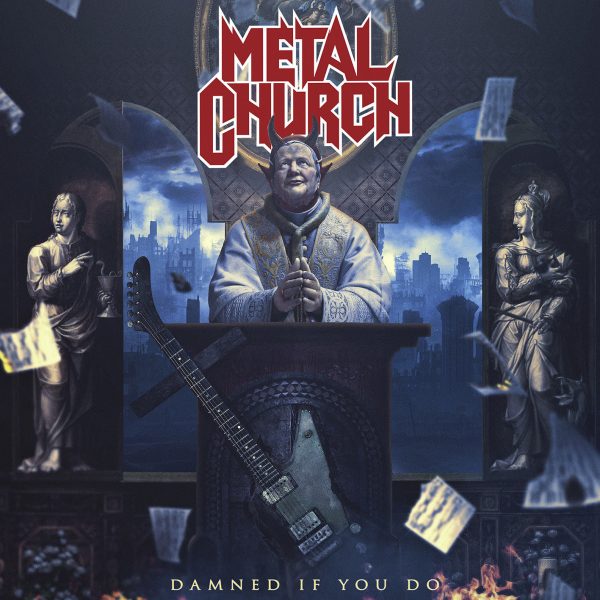 Metal Church has graced its fans with Damned If You Do (Nuclear Blast/Rat Pak Records). It’s refreshing to listen to new, pure unadulterated Heavy Metal. Some music doesn’t need bells and whistles and Metal Church creates such music. Vocalist Mike Howe still sounds amazing – I, for one, was well chuffed at his return for 2016’s XI – and he shines again on this, the twelfth full-length Metal Church album. Kurdt Vanderhoof and Rick Van Zandt are twin guitar aces and added to this headbanging mixture is the rhythm section of Stet Howland on drums and Steve Unger on bass. Well, this is a win-win for all involved. END_OF_DOCUMENT_TOKEN_TO_BE_REPLACED 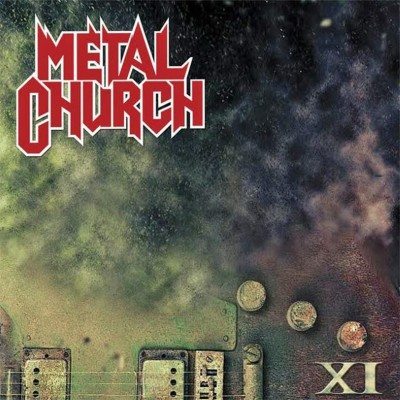 It’s news to no-one that vocalists play a huge part in the success or failure of most bands. But when singers leave for whatever reason, fans can be left divided in their loyalties. Depending on the reasons for the split, some will follow the singer to a solo career or new band, while others will stay and support the remaining members. Of course there are those who continue to listen to both, but for some reason they still tend to be somewhat of a rarity in Metal.

Metal Church are rather unusual in the fact that, since the release of their début album in 1984, they have had three singers and their fans seem to approve of all of them. Whenever changes have occurred within the camp, there has never appeared to be any ill feeling directed at either side from their fans. Singer and band alike have usually been treated pretty respectfully with every change. Sure, everyone has their favourite frontman, but it’s very rare that you hear anyone say, “Oh yeah, him. The shit one” about a singer from Metal Church.

David Wayne was behind the mic for much-lauded début ‘Metal Church’ (Elektra) and it’s follow-up ‘The Dark’ (Elektra) in 1986, but was replaced by former Heretic singer Mike Howe for third album ‘Blessing in Disguise’ (Elektra) in ’89. Howe stayed for two more albums before they disbanded in 1994.

Citing record sales and management issues as the reason for their break up, it’s probably fair to say that the artwork for 1993’s ‘Hanging in the Balance’ (Mercury) didn’t do them any favours either. In those dark days before the internet, without a sample track available at the click of a mouse, bands could live and die by something as superficial as an album cover. So when the band presented a bizarre, garish cartoon sleeve, depicting a virtually spherical female punk holding a pink umbrella and wearing a stainless steel bra with nipples like spearheads, it’s not surprising that a few eyebrows were raised and many wallets stayed firmly inside their pockets.

When the band reformed in 1998, David Wayne returned for the following year’s ‘Masterpeace’ (Nuclear Blast) but left them a second time shortly after, replaced by Ronny Munroe (unfortunately, Wayne died in 2005 at the age of 47). Munroe released four albums with the band before leaving in 2014, to be replaced by former frontman, Mike Howe.

So, it’s reunited with Howe (well, sort of, as there have been a few other line-up changes over the years) where we find the band now. Releasing their eleventh studio album, cunningly entitled ‘XI’ (Rat Pak Records), it sounds exactly how you’d hope a Metal Church album released in 2016 would sound. It sounds like Metal Church.

Right from aptly titled opener ‘Reset’ the riffs come at you thick and fast. Big meaty slabs of metal with more hooks than the final scene of Hellraiser. If you don’t find yourself banging your head along to the likes of ‘Killing Your Time’, ‘No Tomorrow’, ‘Suffer Fools’, and ‘Needle and Suture’, then Metal Church really aren’t the band for you. Each track sounds fresh and new, but also has a strong, positive sense of familiarity. New material which makes you feel like you’ve known it for years.

Howe’s voice is on top form, like he’s never been away, and longtime member, guitarist Kurdt Vanderhoof plays his heart out along with fellow guitarist Rick Van Zandt, while the rhythm section of drummer Jeff Plate and bass player Steve Unger drive the record along with urgency. Even during the album’s slower moments, you always feel like you’re heading somewhere good.

Offering no surprises and giving no apologies, ‘XI’ is exactly what it is and makes a more than worthy addition to the Metal Church catalogue. And all without the aid of stainless steel tits.