Whenever our house is made home by a particularly large member of the domestic arachnid species, it’s affectionately called Boris: largely due to the long-attributed name for such creatures, but also to my affection for the Japanese band of the same name. Latest albums Lφve and Evφl, originally released in August as tour merchandise, now make an appearance as a double album on general release (Third Eye Music). END_OF_DOCUMENT_TOKEN_TO_BE_REPLACED 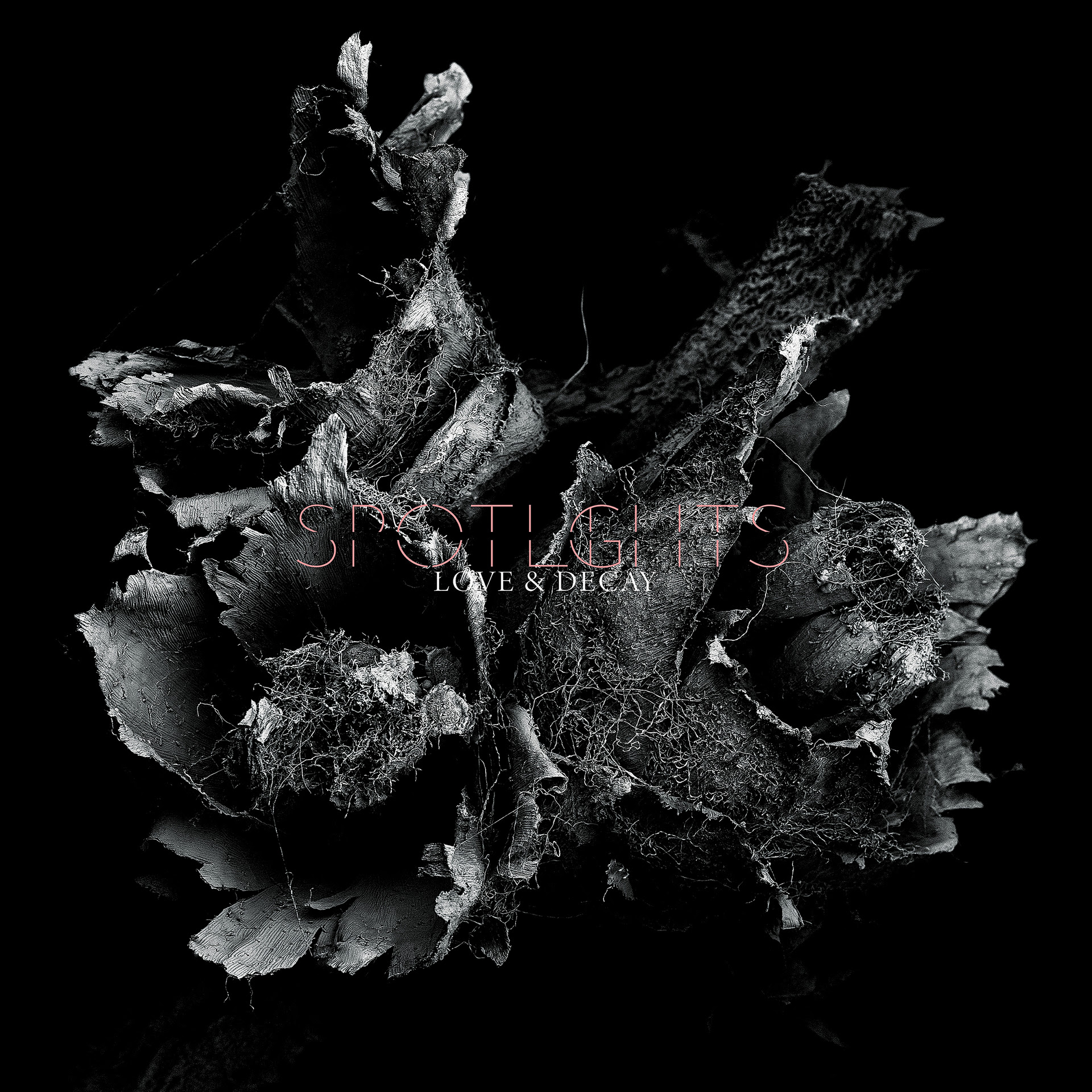 Having been graced by the patronage of Aaron Harris and Chino Moreno for the last three years, Brooklyn couple Spotlights have shared the stage with the latter’s Deftones while still sailing under many radars. That may be about to change with the permanent appointment of live drummer Chris Enriquez and the release of sophomore album Love & Decay (Ipecac Recordings). END_OF_DOCUMENT_TOKEN_TO_BE_REPLACED 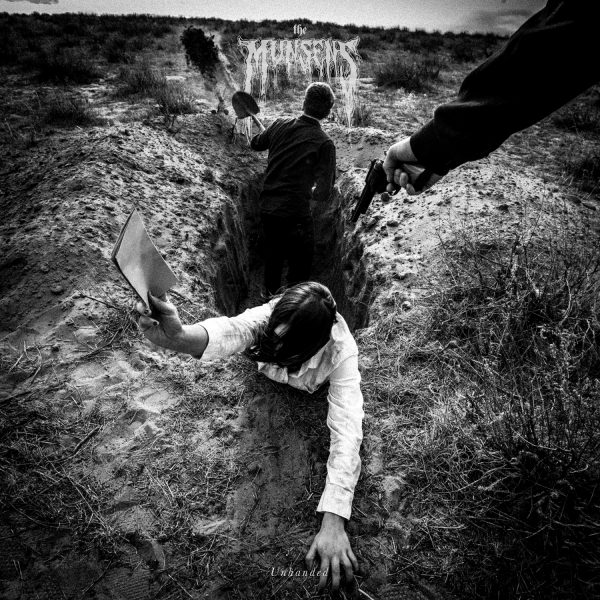 Home to the likes of Khemmis and the sickening might of Primitive Man, Denver Colorado has carved out a significant Metal niche in the last few years, and rag-tag trio The Munsens intend to mean more than a jagged splinter in that hole. Formed from a background of Hardcore, Punk and Black Metal, this particular identity offers an exciting amalgamation of the three disciplines with a huge dollop of gravity thrown into the mix. END_OF_DOCUMENT_TOKEN_TO_BE_REPLACED 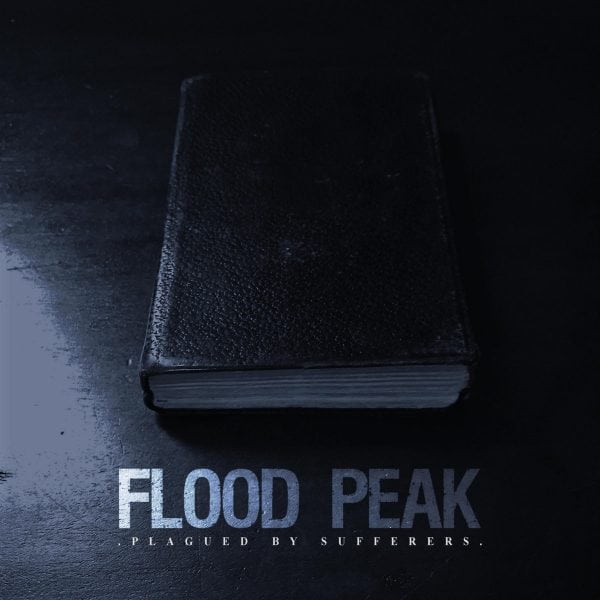 Born in 2016 from the ashes of Atmospheric Sludgers Sòl, Portland trio Flood Peak have thus far allowed their more black-tinged slime to crawl beneath the canopy. Debut EP Plagued By Sufferers (self-released) is about to change that status, containing the shimmering lights of the former incarnation and uniting that style with a ferocious, darkened power which at times takes the breath away. END_OF_DOCUMENT_TOKEN_TO_BE_REPLACED 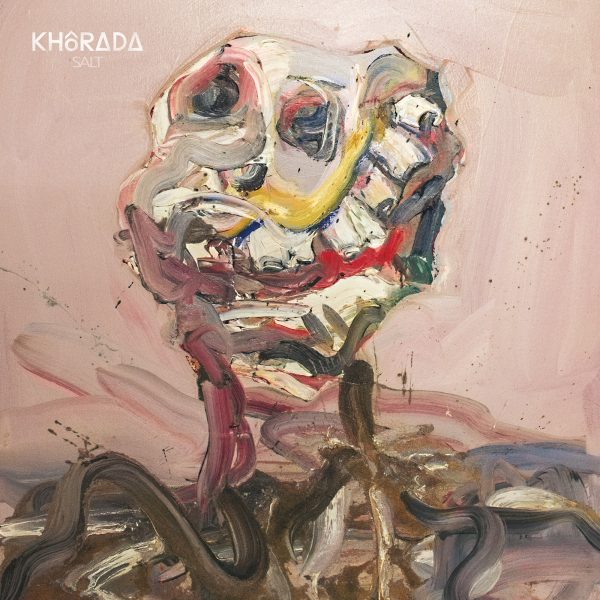 When frontman John Haughm left the mighty Agalloch in 2016 to follow a more blackened direction, the heartbreak was soon complete when the remaining members officially laid the idolised beast to rest. Two years later, through the detritus comes Khôrada, lending itself to the apocalyptic post-doom of the parent but with a more emotive, folksier bedrock. END_OF_DOCUMENT_TOKEN_TO_BE_REPLACED 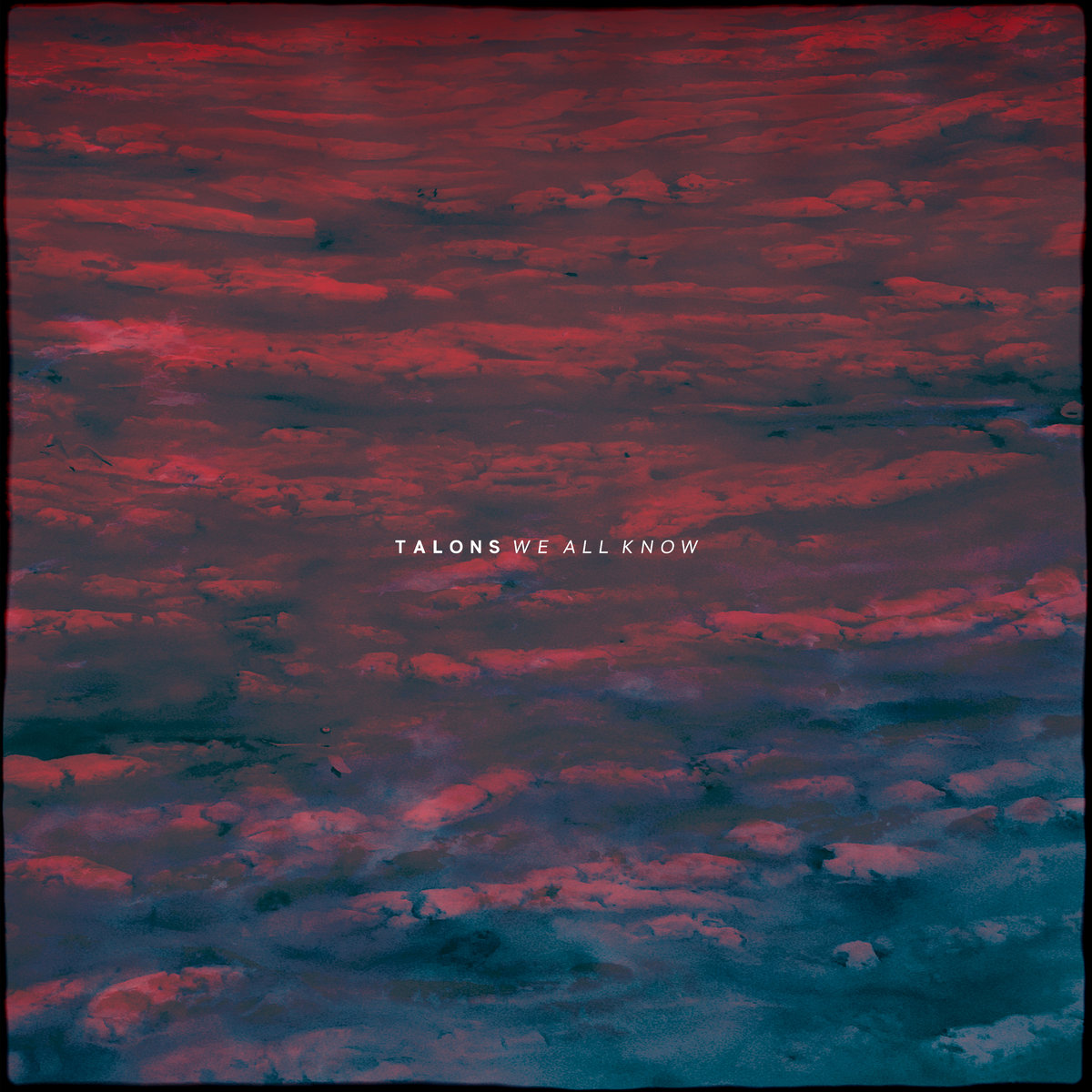 At this stage, it is pretty common knowledge that Holy Roar is absolutely killing it this year with their releases. So far in 2018, they have showcased many of the best young, vital and innovative bands across a spectrum of genres, making their infamous logo an undoubted stamp of quality. With this in mind, Talons may not prove the trendiest of bands on the label to many, but their latest effort We All Know (Holy Roar) deserves as much recognition. END_OF_DOCUMENT_TOKEN_TO_BE_REPLACED 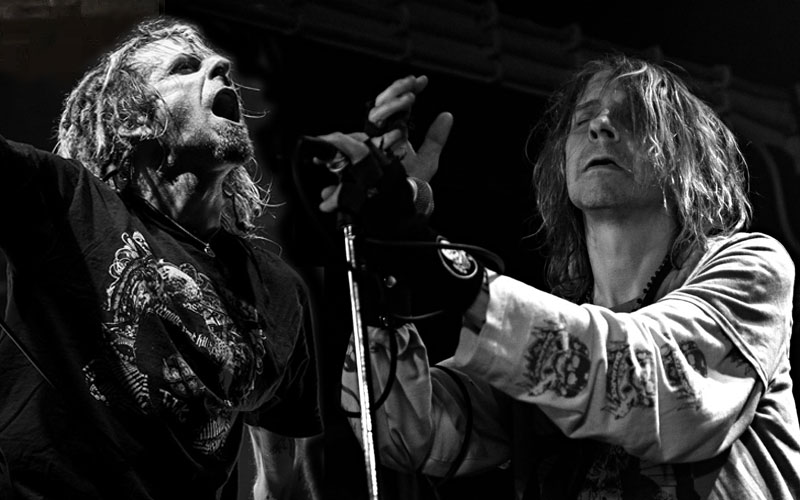 Ever since the news broke out that Mike IX Williams of EYEHATEGOD was in need of a liver transplant, the metal world quickly came together to support the front man. Just by word of mouth, they’ve already raised over $48,000 on his YouCaring page, and it’s going to go a long way to helping out the Williams family. END_OF_DOCUMENT_TOKEN_TO_BE_REPLACED 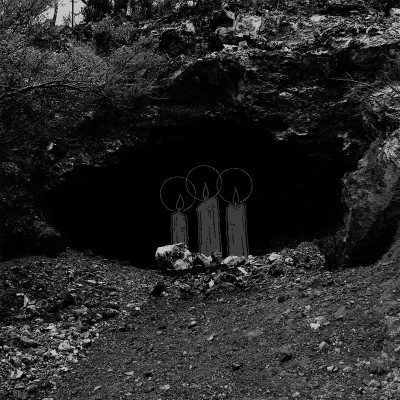 There’s a shimmering, spectral beginning to Light the Way (Prosthetic Records), the fourth full-length from Arizona trio North and the first to feature bassist Evan Leek as lead vocalist. Its gently stirring sound suggests no little emotion or drama ahead, and that’s certainly what unfolds. The stark, Post chimes of opener ‘Moonswan’ carry through into the title track and penetrate the heart; whilst Zack Hansen’s Doom-paced drums and Leek’s gravelly Stoner-Sludge roar, appearing less strained than that of long-time predecessor Kyle Hardy, deliver both ferocity and weight.

There are elements of both Kowloon Walled City and Black Sheep Wall here, but with a more noticeable pain and sadness: the plaintive, desperately sad music polarised by the brute force and slow pace of the rhythms, and the vocal nastiness. The sinister bass and wailing guitar opening ‘Weight of All Thoughts’ lead to a pulsating riff which at times hops and crushes with gay abandon, seemingly at odds with the soaring, emotive leads puncturing it. Similarly the Low-end, plangent hostility of ‘Earthmind’, again dictated by portentous tub-thumping and Matt Mutterperl’s colossal riff, is gradually invaded by heartfelt undercurrents.

The switches in tempo of the bruising ‘Primal Bloom’ display the band’s skill and versatility, whilst not straying far from the template. The gentle beauty of the nevertheless ominous ‘Rhef Anad’, however, does show a willingness to depart from a sound which would have proved wearing if unbroken for a full album. Indeed there’s a certain tedium in the oft cumbersome nature of the aptly-named ‘On a Beaten Crooked Path’, and the staccato ‘From This Soil’ which, although seismic and lively, loses a certain amount of impact from that unflinching vocal.

In spite of this, the juxtaposition of suffocating heaviness with sparkling, introspective chords emits attractive shards of light and shade which does win out overall. The gorgeous yet melancholic thrum and jangle of the instrumental closer ‘Relativity’, harking back to North’s earlier days, shows the band in its true light. Its delicate anger finalises a listenable set, showing enough of the invention and emotion of old to offset the intermittent chunks of flab. 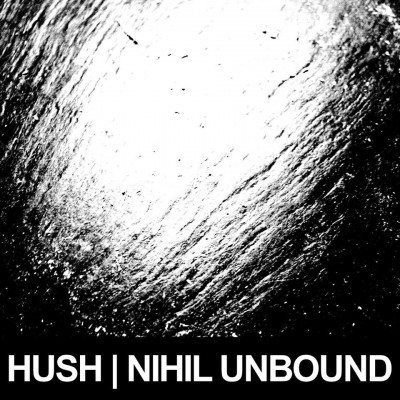 Not that they can be easily discerned of course; but the lyrics within Nihil Unbound (Independent Release), the second EP from New York State terrorizers Hush are graphic, harrowing and affecting, yet possess a haunting beauty. The enveloping, suffocating music is difficult but immensely rewarding: initially a seeping torture yet, as with opener ‘…Gazes into You’, often given a tribal quickening and the slightest lift with a low-pitched chord sequence.

The employment of two basses will surprise no-one daring to venture inside, the oppressive riff of ‘Oror’ as deep and dark as the Marianas Trench yet moved forward by Mark O’Brien’s controlled but brutal drums. The portentous centrepiece and three-quarter section of this hideous track send shivers down the spine but it’s the guttural roars and screams of Charles Cure and Jeff Andrews that tear the soul apart.

The tension here is not merely physical, but a diseased parasite sucking life from the listener in a delicious fashion. The crawling pace of ‘Shinda nu No Shashin’ is given feverish attitude by the leashes restraining each instrument: the sound of the strain almost detectable, the sparing chords and murderous roars placing every nerve-end on edge with the aid of a quickened, buzzing riff. Even the tuneful, Post-like air moving through the intro of ‘A Permanent Echo Through the Dream’ carries a sense of foreboding, the lead flurries lightening the sound and tempo but not the feeling of disgusting horror: this is only heightened by the pauses and ensuing dulled explosions as the track slows to its awful coda.

The verbalised pain emanating from closer ‘Shattering the Great Chain of Being’ reaches horrific proportions; whilst the relentless pounding, carrying the maleficent weight of Roman galleon ‘pacers’, is accompanied by more spiking leadplay and howling, whistling bass notes which reverberate through the mind and don’t release their grip. Those who have not yet experienced Hush must prepare themselves for an extremely uncomfortable journey, one that at times verges on the unbearable. For those of us who like music to take us to the very edge of sanity, however, this is a phenomenal experience. 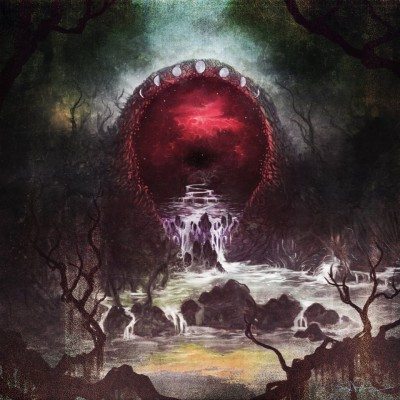 With both Idols and Samothrace members involved, the melodic, mournful qualities of Un’s Funeral horror comes as something of a pleasant surprise.

The sparse, shimmering beauty of ‘Epigraph’, the opening track from début album The Tomb of All Things (Black Bow), gives way to the Bell Witch-esque ‘Sol Marasmus’: not quite possessing the pulverising claustrophobia of that band’s gut-wrenching intensity but with all of their emotion, the atmospheric mid-point coming across like a Doom-laden Amenra with the tortured holler of Conan’s Jon Davis atop it. The surrounding textures are heavy and lamenting, contrasting Monty McCleery’s voice: a roar of nefarious depth which leaves used tar barrels everywhere shuddering in fear. Humming, lowing riffs rumble without the expected crush, yet the drop to the gentle coda is so sudden it is paradoxically deafening.

The chord progression opening ‘Forgotten Path’, meanwhile, is an utter reducer which invokes images of Dylan Desmond’s petrifying bass work, whilst the crash introducing a heart-rending melody awakens the listener from their cocooned stupor. Again, the descents into quiet introspection are as startling as the reanimation, which is occasionally quickened by Andrew Jamieson’s artful stickwork, yet always possesses the gravity of the saddest moment of your life. McCleery’s vocal is Ethan McCarthy-like in its fearsome power while the lead and rhythm guitars blend the inconsolable musicality of Pallbearer and Vulgaari with sinister overtones.

Those drums patter delicately across ‘Through the Luminous Dusk’, gorgeous post- melodies offsetting the guttural agony of the enveloping roars and screams. Whilst the overwrought soloing is occasionally more at home in a Rock ballad, Jamieson’s sticks, gradually increasing in power, maintain the track’s impact. The sumptuously mellow chords introducing the closing title track, however, regain that emotive quality and set the scene for some truly crushing riffs which are only augmented by that funereal pace.

Exquisite and poignant leadwork befits the closure of an album which, for the most part, balances perfectly its light and dark elements. A blackened scream takes us into an explosive, stirring finale and fully embodies the anger, pain and crippling sadness coursing through an affecting and memorable release.