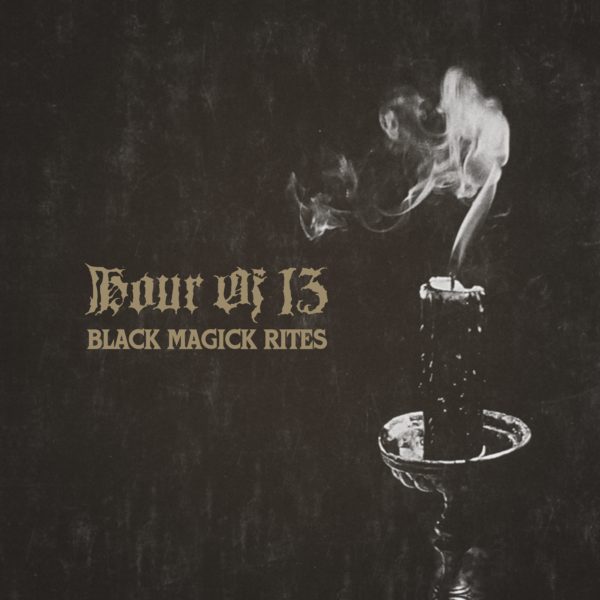 A lot has changed since Hour of 13’s last album, 333, came out in 2012. The project is now a one-man affair with bandleader/multi-instrumentalist Chad Davis playing all the parts himself, including vocals with Phil Swanson long out of the picture. That nine-year gap also saw a minor genre tug ‘o’ war take place as singles and EPs were torn between the Traditional Doom of albums past and Samhain-style Deathrock, often determined by whether the 13 was retained as a number or spelled out. With this somewhat convoluted frame in mind, it’s a relief to see the former style win out on their fourth full-length, Black Magick Rites (Shadow Kingdom Records).

END_OF_DOCUMENT_TOKEN_TO_BE_REPLACED 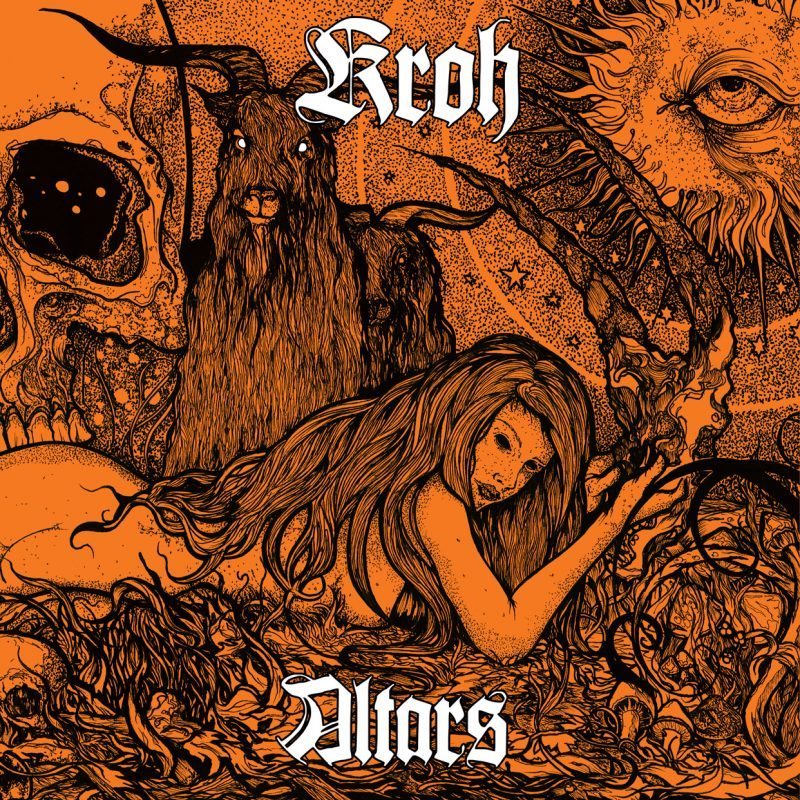 Those aware of the vicious nastiness of Birmingham UK’s Fukpig will be more than familiar with key member and ex-Anaal Nathrakh live bassist Paul Kenney. Five years ago, Kenney began Occult Doom outfit Kroh as a duet, and has resurrected it to stunning, electrifying effect with second album Altars (Devizes Records). END_OF_DOCUMENT_TOKEN_TO_BE_REPLACED 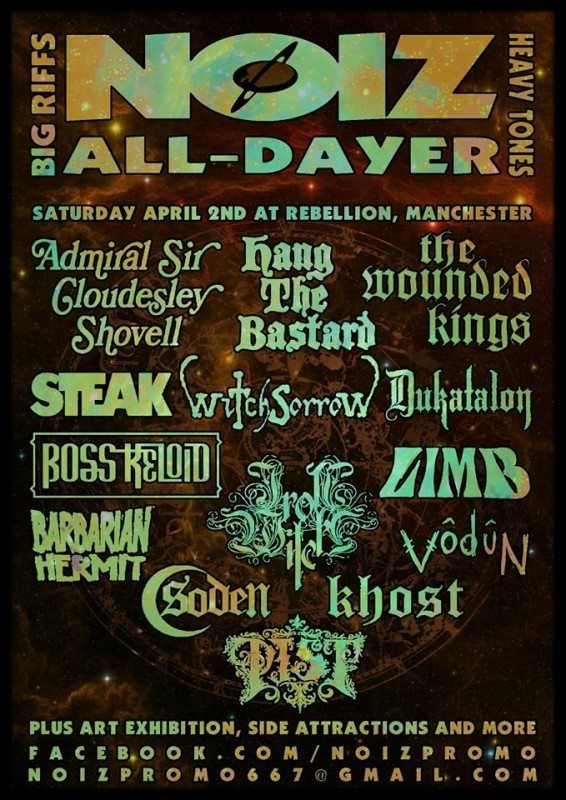 He was so deeply huddled under a blanket that it took a while to locate the source of the voice hollering my name. Eytan Wineapple, curator of the rumbling beast that was the NOIZ All-Dayer, initially celebrated its second incarnation looking like death warmed up. After a long couple of days, with Wineapple escorting eventual headliners Dukatalon to Sheffield and back, they eventually bedded down in today’s venue. “They got here around 3 a.m., and I tucked them all in!” joked Rebellion manager and event collaborator Hayley. Five minutes later, the flat-capped Wineapple was bounding around like a madman: putting to serious shame Ghost Cult’s scribe who, twelve hours later, and still nearly three hours from the denouement, interviewed said host in a rather weary and addled fashion…

NOIZ is not your average festival. Displays of album-style art and guitars in various stages of completion (one of which is raffled off later in the day) stand beside the S.O.P.H.I.E. merch stall in the upper level of the club-style venue. A dedicated handful, meanwhile, witness the pulverising Industria of openers Khost: looking for all the world like a couple of local scallies bumbling about on a stage, yet laying waste with a mystical power which deserved a better slot and much more attention. The Birmingham duo’s ambient, crushing set, its implosive chords and guttural scours blending with a wonderful and passionate line in Middle-Eastern vocal samples, ended bang on time: a courtesy that some of the festival’s other performers could have tried harder to match.

END_OF_DOCUMENT_TOKEN_TO_BE_REPLACED 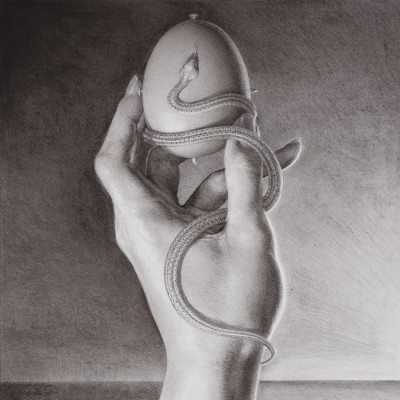 Breaking from the embracing arms of The Process Church of The Final Judgement sees Sabbath Assembly reborn, emerging from their cocoon blinking into the light with fresh purpose and a redefining self-titled release. Although officially the bands fifth release Sabbath Assembly (Svart) really does sound like a new beginning for an act reinvigorated by pursuing a modified philosophy. Whether the freedom comes from stepping away from the scriptures of others, or through the musical progressions and developments they’ve chosen to make, nonetheless the evolution is welcome.

No longer tethering themselves to releasing the hymns of The Process Church, Sabbath Assembly sees nine wholly original compositions that, while occult in reference and dark in musical style, transposes their previous work into a new entity. Musically, while influences and styles are clearly rooted in yesteryear, the move to increase the presence of distorted guitars and the proliferation of NWOBHM breaks and passages amongst the Trouble-ed moments is a celebrated addition to their genealogy, meaning the band no longer sit under the “Occult Rock” umbrella, but embrace now their own, more distinctive, sound.

Jamie Myers adds a stronger, more dominant tone of Hammer Horror idiosyncrasy to her previous geniality, as quasi-ritualistic poetic intonations add to an overwhelming atmosphere of 1700’s witchcraft made flesh. Her new approach dovetails with the inherent upbeat catchiness of tracks ‘Confessing A Murder’, ‘Ave Sathanas’ and ‘Burn Me, I Thirst For Fire’, while Kevin Hufnagel’s 80’s influenced guitar work segues from Candlemass dripped doom-shaking to Satan (the band) esque gallops. ‘Only You’ teases a Mercyful Fate bolt, settles into a darkened brood, before racing to the end in a bounce of classic heavy metal riffery. Traditional metal solos enhance and embellish the album throughout, as do the melodic Witchfinder General touches and leads.

Taking an atmospheric turn for the latter third of the album means, dynamically, Sabbath Assembly feels a little strange; not quite tailing off, but as if emerging out the end of a night-time ritual into the stillness of the darkness before dawn as ‘Sharp Edge Of The Earth’ and the beautiful, folky ‘Shadows of Emptiness’ are reflective and breathy.

Of course this isn’t a “new band”, but neither is this a representation of previous ideology, either musically or philosophically. Whatever the impetus for the change in Sabbath Assembly, the culmination of the transformation is overwhelmingly positive in terms of their artistic growth. 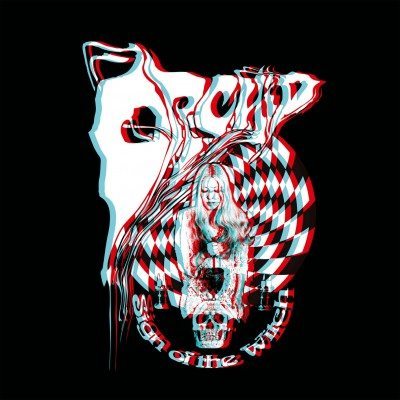 It doesn’t seem that long ago that “Grease” was the word. In fact it was the word right around the time that Black Sabbath were threatening to implode and spilled Ozzy out of the band and out of the back-end of the crest of a tsunami they’d been riding since their début. And then came the 80’s, a decade where every man, woman and child involved in rock and metal tried to distance themselves from the fuzzy, darkness of the Sabbath sound. The 90’s ushered back in a reverence for Sabbath and Zeppelin through the scuzz of grunge, before the nau/oughties eschewed the doom in favour of clinical metal(core) once more.

And so we find ourselves mid-way through another cycle, one where the Hand of Doom is not just welcomed, but feverishly worshipped and celebrated by the cult, the kvlt and the cunt alike. And here sit Kirk Hammett’s favourite occult doom quartet Orchid on their fourth EP, Sign of the Witch (Nuclear Blast) a four-track stop gap en-route to their third album. With bell-bottomed production values deeply steeped in the seventies, this is a warm EP of 70’s fuzzy doom.

The issue is that, while this is lovingly crafted and the first two tracks in particular are decent songs, Orchid are so close to being a Sabbath tribute band that Tony and the boys may be getting their copyright lawyers on the case. Theo Mindell warmly apes Mr Osborne, while Keith Nickel’s fuzzy, wandering basslines are pure Geezer worship.

Despite a strong start, matters lose impetus, meandering off down the blandest of paths with ‘Strange Winds’. There is a multitude who have taken the works of Sabbath and created many varied and beautiful things. Orchid have slavishly recreated the works of the masters, but without the requisitve song-writing skill. 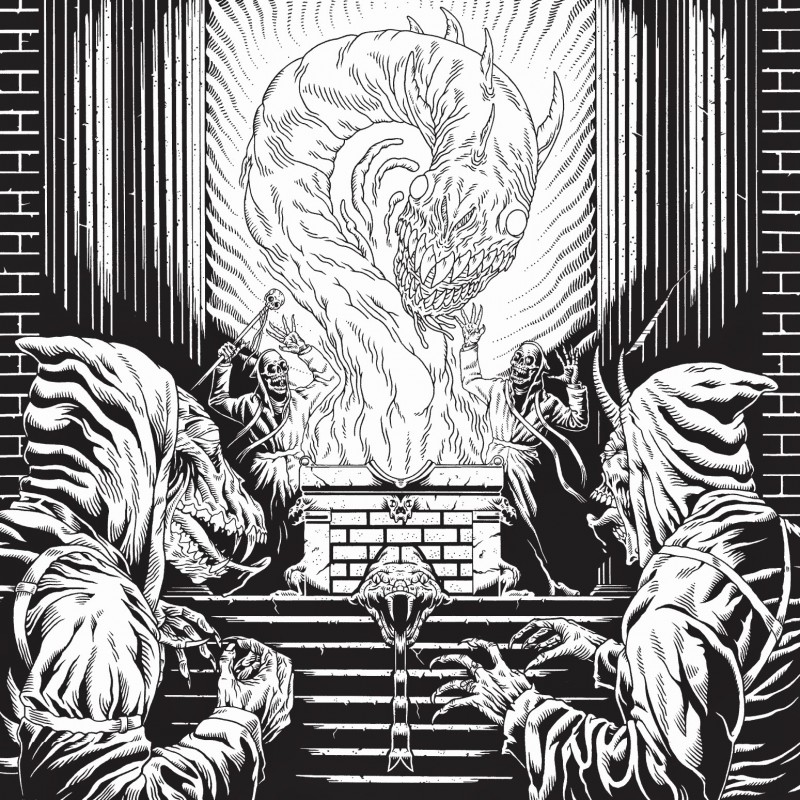 Brooklyn trio Mortals garnered much-deserved attention with the visceral Sludge of last year’s second full-length Cursed to See the Future (Relapse Records), and hot on its heels comes the dark horror of their single-track contribution to this ‘split’ with Philly nasties Repellers (Broken Limbs). Led in by the sound of a rabid werewolf coming in for the kill and terrifying the shit out of the listener, ’10 Years of Filth’ is nevertheless a cleaner sound than one would imagine, but that and the quickened, Occult Doom-style pace still fails to lift the omen of the terrifying vocal scour.

There’s a melodic, NWOBHM sound to the riff at times, yet, when the defiling power of Caryn Havlik’s drums kicks in at the two-third mark, the resonance is electrifying. With leadwork and closing riffs possessing elements of Blackened Punk, this is a pulverising yet complex and occasionally emotional rollercoaster which further enhances the ladies’ collective reputation.

Every aspect of the Low End seems present in the sound of Crusty trio Repellers: from the morose, ‘spaghetti western’ feel of the intro to opener ‘Descend’, through the rampaging Stoner-Death intensity of its riff and rhythms, to the downright filthy croak which is as evil as it gets and the most hoarse rasp you’ll hear this side of hell’s frozen wastes. At times the speed of ‘Descend’ clean rips by, the band right on the edge of keeping time, the scything riff and pounding drums of the coda vicious and seething. A sinister opening to ‘From Jericho to Ai’ sees a terrifying, ponderous pace given a fulminating power by flashing, savage breaks and the expiring roars of the track’s second half. The initial melancholy of ‘False Solace’, rising to the band’s more familiar Blackened Thrash crush, closes an intriguing, mauling set with a paradoxical twist of emotion.

An interesting tussle then, full of twists and turns. Overall the spoils must go to Mortals, but their lesser-known partners offer up plenty of atmospheric brutality and many talking points.