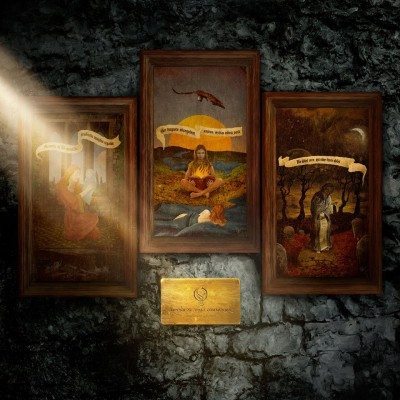 In the calm backstage area of Manchester’s Academy 2 venue, Fredrick Åkesson sits, hooded sweatshirt pulled over his head with a shock of curly hair and piercing blue eyes peering out at you. The guitarist is a softly spoken yet determined character who is eager to discuss the metamorphosis of Sweden’s premier progressives Opeth and their new album Pale Communion (Roadrunner). ‘I think if we had made a record right after Heritage which had heavy guitars and screaming vocals then people would think we had admitted defeat!’ Fred muses drawing closer. ‘Heritage’ was a bold step for us and not everyone liked it but it was an important for Mikael to write.’

Indeed for many of the band’s devoted faithful Pale Communion, like its predecessor, will be hard to swallow. Again there are no death growls or downtuned bludgeon with founder Mikael Åkerfeldt opting to draw further from the depth of seventies prog and sixties hard rock. ‘We wanted the guitars to have more beef than before.’ Fred confirms. ‘It was great recording abroad at Rockfield studios in Wales. We knew we would get the right vibe there. They have had Queen, Sabbath and Rush record there so we were really happy to be in such good company. The piano that Freddy Mercury wrote ‘Bohemian Rhapsody’ on is still there which is pretty cool. We worked 14 hour days, ate all our meals there and nailed the album in 30 days. It was a really efficient way of recording. It’s quite something looking out of the window and all you see are cows!’ ‘I think I got to know Mikael’s style better. He encourages me to freak out more!’

‘Pale Communion’s biggest surprise however comes in the shape of ‘River’. This song adopts an almost southern rock feel akin to an act like The Allman Brothers with a meandering midsection which then veers off towards 70s abandon. ‘I thought that many people would hate that song but it seems to be a favourite. We considered putting death metal vocals on the end of the song but it didn’t fit the arrangement we had in mind. It was going to have a very extreme ending if it had worked!’

The death metal vanguard may voice their disapproval but there is no denying that the elaborate arrangements which weave their way through the record are some kind of attempt to cater for the masses, metal or otherwise. ‘It’s just the way it turned out. This is a more hard rock album but nothing is set in stone for the future. We haven’t ruled out writing heavier material again. It’s good that people have strong opinions about this record! If you cannot provoke a reaction then you cease to be relevant creatively. In concert it is a different situation. We play songs from every album other than ‘Orchid’ so that should please the older fans. We never want to trot out the same set twice. It is important to play a set that pleases the old fans though.’

Witnessing Opeth’s performance to a packed house should quash the rumours that Mikael is no longer able to muster his fearsome snarl of old. Fred is also quick to debunk such a suggestion. ‘I think it is very easy for him to do the death metal vocals. It is easier than some of the clean parts he does. If a song requires that type of vocal then we will do that.’

As support act Alcest can be heard warming up the venue with their lush, shoe gaze rock, Fred discusses how the tour has been going. He reveals that besides sharing the bill he is yet to become well acquainted with his French touring companions. ‘We played festival shows with them last summer and our management suggested them. I have only seen them live and don’t know more about their black metal past. They have cool atmospheres and I will check their discography out.’ 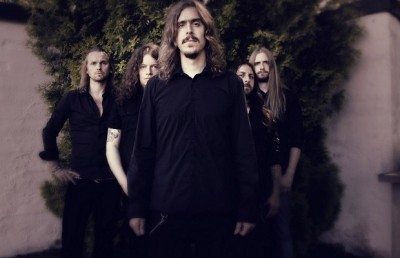 Building a legacy on their own terms has always been Mikael Akerfeldt’s approach. Despite all the backlash from some fans relating to ‘Heritage’ the album got into the top twenty of the American Billboard chart. Not bad for an opus which some have called the band’s ‘Cold Lake’. As the vocalist warms up in the background, Fredrick muses on the fact that Opeth can be thought of in the same way as acts like King Crimson or Rush, not just sonically but also in terms of building a fanbase. ‘We like to be unpredictable and branch out. It is important to surprise ourselves and keep it fresh and develop. That kind of thing will divide the fanbase but I think it’s important to stick to our guns. We used a lot of keys and mellatron on the new album. We could use orchestral parts or go heavier. Who knows?’

Ignoring press hype and immersing himself in the escape that is great music whether it be when recording or on tour, Fred is keen to keep things fresh for himself and while calm and passive throughout it is clear he has no time for detractors who criticised the direction Opeth has taken. ‘I don’t read the comments on the internet. We do read reviews in magazines but I can ignore it. I understand people want to hear that stuff but we have nine other albums of that. Mikael wants to do something different and not repeat himself. There is a connection between the old and new material. The lyrics for this album are very personal and about Mikael’s worldview as a father. We all feel really connected to these experiences.’