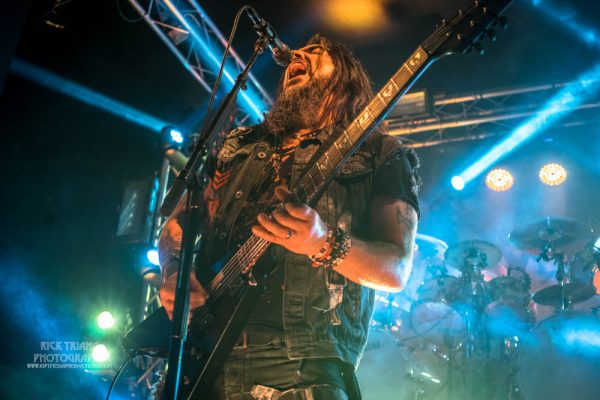 Machine Head has shared video clips on Instagram of the band recording new music in the studio. Frontman and founder Robb Flynn called the tracks in a video “new heaviness” and the little bit that can be heard sounds like a return to the thrashy songs the band laid down on 2007’s The Blackening (Roadrunner). Flynn is joined by bassist/vocalist Jared MacEachern as the sole remaining members of the band after Phil Demmel and Dave McClain stepped down from the band following a final tour of 2018. The new music would be the first new songs from the band since last year’s divisive Catharsis album, released via their label Nuclear Blast. Check out the video, the screengrabs from Instagram Stories and check out a snippet of some new music.