Bay Area Thrash legends Vio-Lence have released their first new material in over 29 years! The band dropped a new single and lyric “Flesh From Bone” lyric video is from the forthcoming EP Let the World Burn. This is their first original release since 1993′s Nothing to Gain. The five-song collection will be available worldwide on March 4th via Metal Blade Records. This is their second release since they re-activated in 2018 when guitarist Phil Demmel left Machine Head. In August 2020 they released a cover version of “Californa Uber Alles” – the classic Dead Kennedys song. The lyric video for “Flesh from Bone” can be viewed here.

END_OF_DOCUMENT_TOKEN_TO_BE_REPLACED 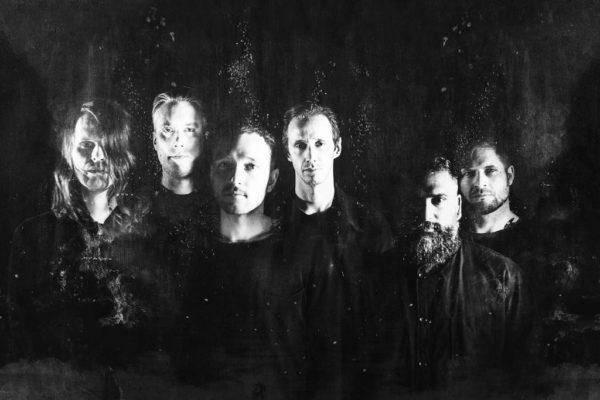 Cult of Luna has shared a new single and music video for the track “Cold Burn!” Coming from their just announced new album The Long Road North, due out on February 11t, 2022 via Metal Blade Records/Red Creek Records, the album features guest appearances from composer Colin Stetson, Phoenix’s Christian Mazzalai and Laurent Brancowitz plus more. Watch “Cold Burn’ now and pre-order the album.

END_OF_DOCUMENT_TOKEN_TO_BE_REPLACED

As our podcast makes its grand return on a new platorm – Anchor.fm, we are unearthing some unreleased content. Check out Keefy interviewing extreme music legend Dave Hunt of Anaal Nathrakh. Check out the conversation now!

END_OF_DOCUMENT_TOKEN_TO_BE_REPLACED 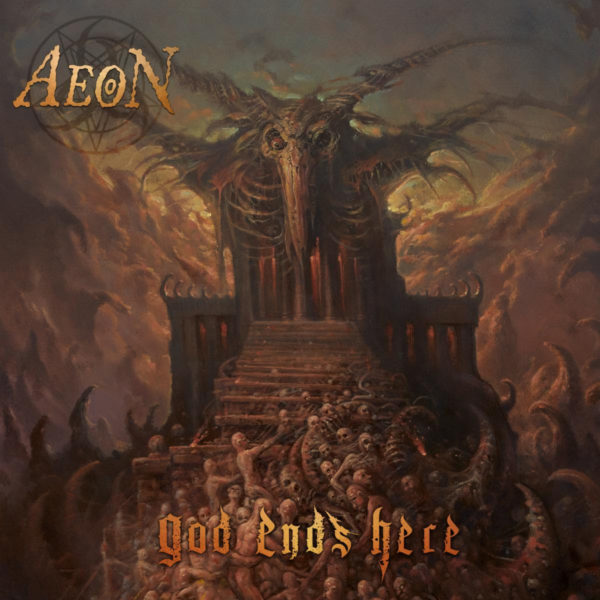 While it seems strange to refer to a sound that has been around for over two decades as “modern”, it feels completely accurate to describe the sonic barrage of Aeon as Modern Death Metal. Renowned for keeping the intensity levels up – backed by a production to level small towns with its ripped, lean torso – for their fifth release Swedish violence-dealers have shown no relenting despite lockdown, No extra inches have been added to their waist-bands, and no sign of flabbiness added to their carb-free sensory assault.

END_OF_DOCUMENT_TOKEN_TO_BE_REPLACED 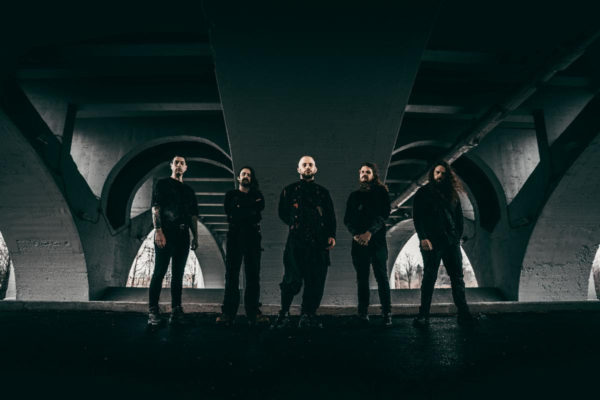 Progressive Death Metal band Rivers of Nihil just released their fourth full-length, The Work, September 24th via Metal Blade Records (read our review here). The band shared a new music video, “The Void from Which No Sound Escapes,” which you can watch now!

END_OF_DOCUMENT_TOKEN_TO_BE_REPLACED

Long-running Deathcore leaders Whitechapel have announced their new album Kin, due out on October 29th,2021 via Metal Blade Records. The band has shared the full album details as well as a new single for the track “Lost Boy”, along with a music video directed by Miles Skarin. Watch the clip now and pre-order and pre-save the album now!

END_OF_DOCUMENT_TOKEN_TO_BE_REPLACED 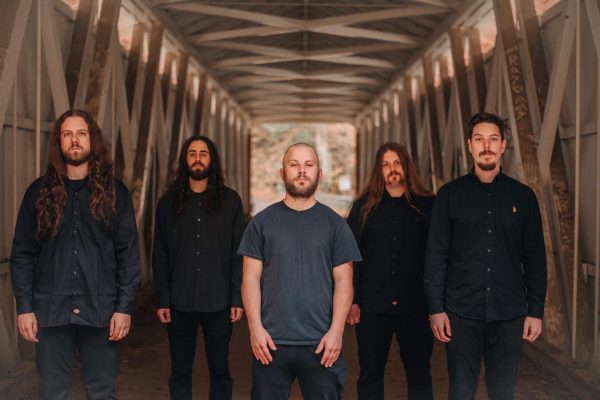 Enigmatic Progressive Death Metal Band Rivers of Nihil have teased a new album, music and music video. The one-minute teaser was shared to YouTube with album artwork popping up in other places such as social media and the Bandsintown app. The ominous shot of the band says “The Work” begins July 27th, apparently when a song/video will drop, like their new album, from Metal Blade Records. It remains to be confirmed if the “The Work” is the single title or album title. The teaser has some pretty dramatic intro music too. They shared a previous teaser a week ago which you can see below. The band will also participate in the Up From The Sewer Tour, headed up by The Black Dahlia Murder, After The Burial, Carnifex, and Undeath.

END_OF_DOCUMENT_TOKEN_TO_BE_REPLACED 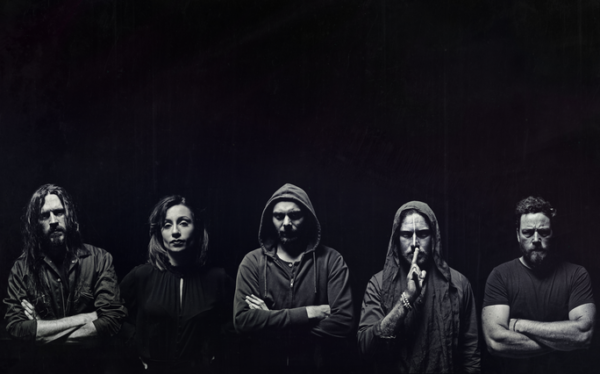 Experimental Metal band Igorrr has announced a major lineup change with the loss of both vocalists Laurent and Laurie. In a message to Facebook the group announced the major changes each artists reasoning behind the choices. Laurent has decided to step down from the band apparently because he doesn’t want to get a COVID-19 vaccine and the band can thus not tour with him. Laurie has decided to step dpwn from the band as well for pesonand pursue her personal life and be less fo a public figure. The band has added the greek soprano Aphrodite Patoulidou and JB Le Bail as our new vocalists, and Martyn Clement on guitar. This follows the news that the band will embark on a tour to promote their new album, Spirituality and Distortion, out now via Metal Blade Records. END_OF_DOCUMENT_TOKEN_TO_BE_REPLACED 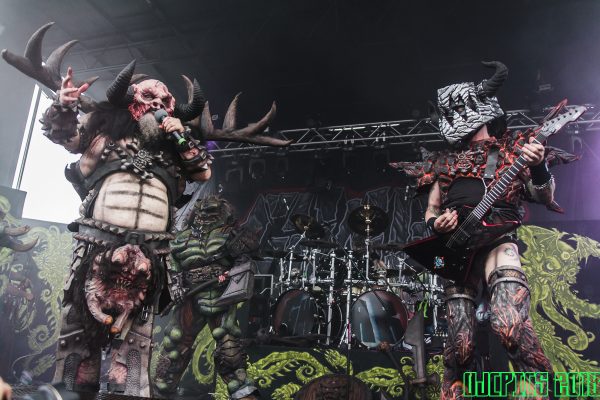 GWAR has booked a headline tour of the USA! The band recently released their all unplugged The Disc With No Name (Metal Blade Records), but don’t expect them to wimp out on tour! Support will come from legends like Napalm Death, Madball (on select dates), and EyeHateGod. Tickets are on sale now at the links below. END_OF_DOCUMENT_TOKEN_TO_BE_REPLACED 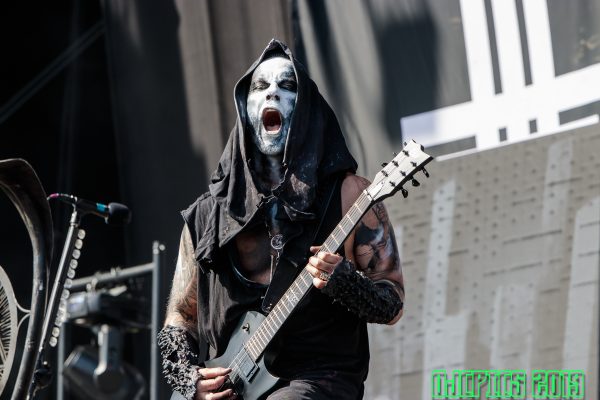 Behemoth has shared an epic new music video for their track “Shadows Ov Ea Cast Upon Golgotha” from their EP last year, A Forest, out now via Metal Blade Records. The video, produced by longtime Behemoth collaborators Grupa 13, brings to life some of the spectacular artwork by renowned Polish artist and photographer Sylwia Makris. The band is presently working on new music, a follow-up to their last full-length album, I Loved You At Your Darkest.