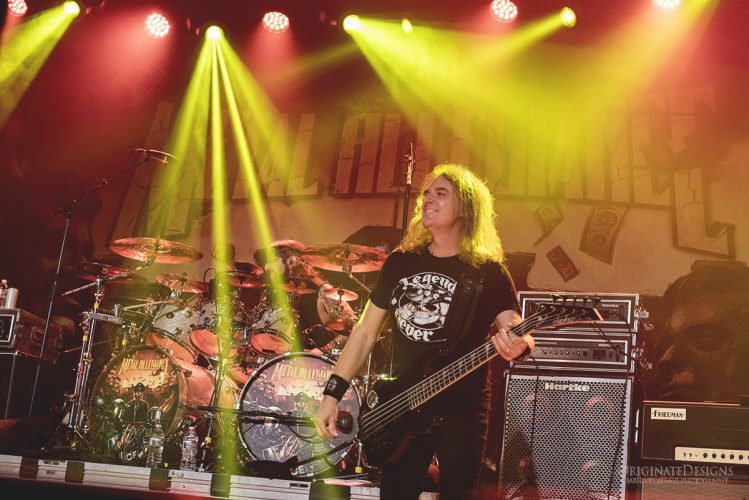 Metal and rock Supergroup Metal Allegiance kicked off their 5th-anniversary tour last month with a slamming show at The Van Buren, in Phoenix Arizona. Presented by the Murder In The Front Row movie and Loudwire featured the core members – David Ellefson, Mark Menghi, Mike Portnoy, and Alex Skolnick – sharing the stage with Chuck Billy (Testament), John Bush (Armored Saint), and Phil Demmel (Machine Head). Also returning to the MA live show ranks after a three-year hiatus, vocalist/bassist Troy Sanders (Mastodon). Each night of the mini-tour offered a unique experience as with any MA gig. Tonight they were joined by local legends Max Cavalera (Soulfly), as well as members of Sacred Reich and Flotsam and Jetsam. It was a dream come true for music fans, and hopefully a harbinger of more shows to come! Check out this video recap of the tour and our photo set! END_OF_DOCUMENT_TOKEN_TO_BE_REPLACED