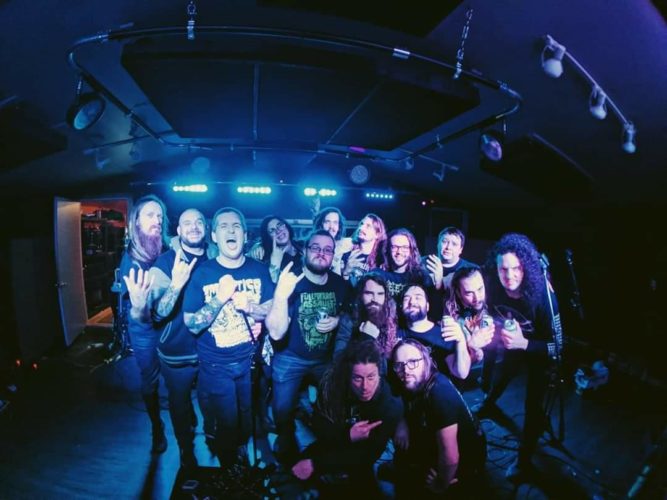 Some of our favorite band Stonecutters, Toxic Ruin and Lich King has their tour cut short due to cancellations from the Coronavirus. That sucks since we were looking forward to their show at Saint Vitus Bar in Brooklyn, New York. In an ingenious move, the bands live-streamed a concert last night from the vaunted Sonic Titan Studios (Barishi, King Parrot, Graviton, Lich King) in Massachusetts, where fans could donate to the bands to help them overcome the loss of funds so they can return to the road soon. As of this posting, the video has 15,000 views already! Even if you are also impacted by the crisis and cannot donate, please watch the stream and support these awesome bands. END_OF_DOCUMENT_TOKEN_TO_BE_REPLACED 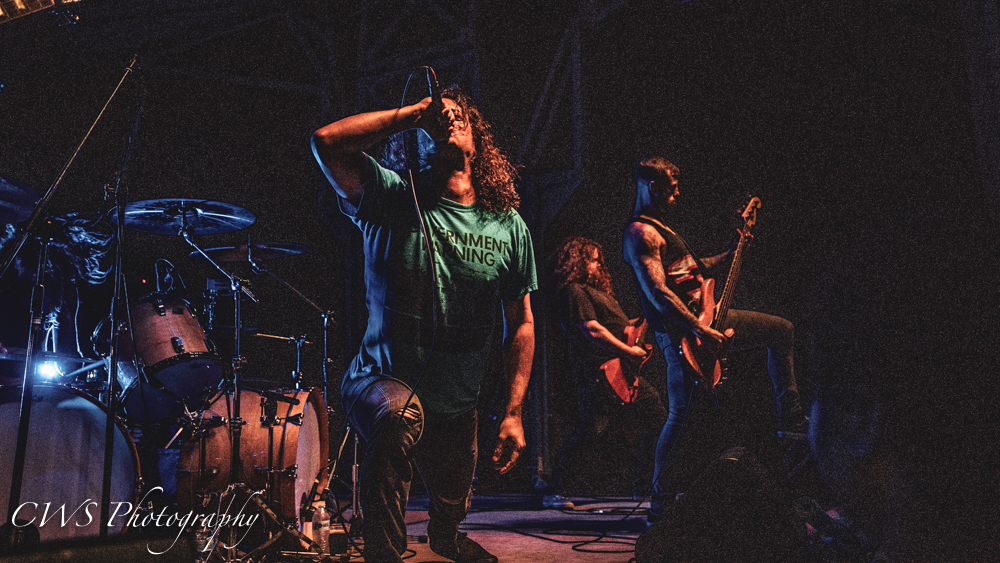 A three-day music festival in the woods with rock, punk, metal, copious amount of drinking, and an undying sense of community… throw that all in a blender with some camping and yard games and you get RPM Fest. The “Heaviest Party of the Summer” and the unofficial end to the summer in the New England metal scene. This was my 2nd year at RPM Fest so I knew what to expect, but at the same time, I didn’t know what to expect. As it is never a repeat of the year prior at this loud and dirty circus. END_OF_DOCUMENT_TOKEN_TO_BE_REPLACED 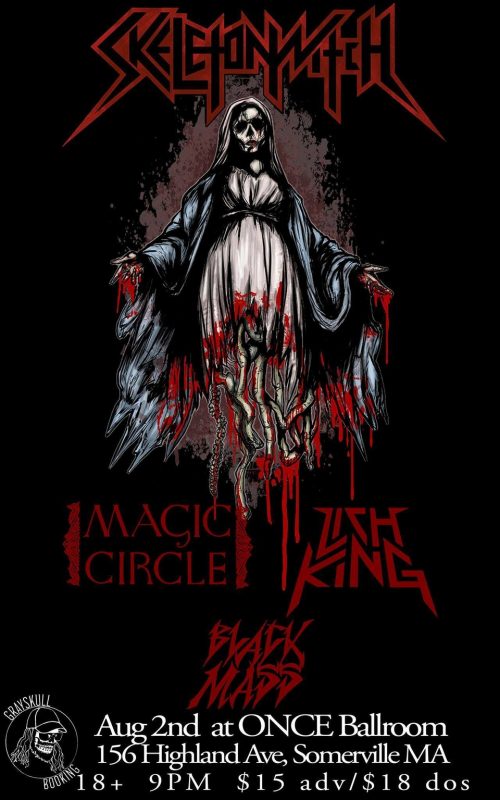 After a fairly quick work day and speedy drive to the city we are met with the universal issue when in any city , PARKING! But after spotting a Wookie known as Tim Ledin (also of Ghost Cult) and acquiring a spot we await the start of the show!

Slowly the intersection is flooded with metal heads like zombies at a mall, and slowly we all shamble in to the hopefully air-conditioned venue. For those who have not been to Cuisine en Locale AKA Once Ballroom there’s an upstairs bar to the left of the main door way and straight ahead is the main dance hall, both excellent for watching the bands and having beers. Upstairs obviously having the best vantage point to the stage aside from of course directly in front of the 3 ft high structure.

First band of the night probably had the youngest members out of all of them Black Mass. Brendan O’Hare and two cohorts make up a thrashing mad three-piece akin to Blue Cheer but of speed metal. Brendan’s vocals sound a lot like Max Cavelera and Chuck Schuldiner’s love child of sorts and back up vocals from the bassist really add dimension and punch to the already catchy vocal lines. Ending their set with the sing along of “East Coast Thrash” with a very easy line to remember with three magical words!

Up next is Lich King keeping the thrash train a moving and if you’re reading this and haven’t witnessed them live its like a mash-up of all the good things about Slayer and Exodus rolled in to one! I’m not a thrash junkie like many of my friends may be but sometimes every thing blurs together and in a flash its gone , sadly that was my experience with this band, not saying they are bad or aren’t deserving of praise just not this writers cup of tea, check them out for yourself and form your own opinion. maybe you’ll have something to show me or a song I should listen to that may really get my attention and I will become as big a fan as some of you readers.

Magic Circle is next to take the stage and start of with a quick jaunt of ‘Kings and Queens’ by Aerosmith song then almost as quickly diving in to the opening song of their set. Two more songs in I am bathed in riffage similar to St. Vitus or Pentagram and I am finally in my element and enjoying my self and being swooned by vocals very similar to the late great Ronnie James Dio being channeled from the other side, I was almost sad to see them end but now we enter the main event, the reason we are all here sweating , now .. it is time for THE WITCH!

Between sets people step out side to take a smoke break and that is where I happen to find Adam Clemans having a smoke and had a quick chat about the tour and whats in store on the set and whats in BOTH Wolvhammer’s future and the witch with Clemens at he helm and 2017 sounds promising.

What do I really need to say about this new line up of Skeletonwitch that hasn’t already been said? Yes, Chance is no longer the singer no he probably isn’t coming back to the band, but most importantly, yes Adam Clemens is the best fit for the band for the foreseeable future. Let me tell you why: because he is a new fresh face and well of ideas the band needs at this time. the band didn’t want a chance sound alike they wanted to try and move forward from his leaving and go in a new direction while still maintaining the Skeletonwitch sound, and I believe they’ve achieved that. although at first I wasn’t overly enthused about the choice after seeing Clemens works with the guys and the sound of the songs found on their new EP The Apothic Gloom (Prosthetic) Clemans fits perfectly among the blackened riffs the band had been writing. 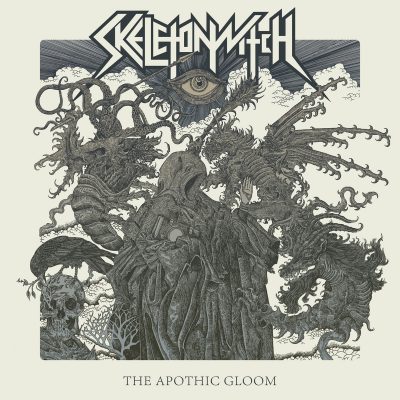 Pulling put all the stops and playing a majority of The Apothic Gloom as well as some older material mixed in with fan favorites (with the exception of my favorite ” submit to the suffering” which Adam assures me is going to be on the set in October but they will not be coming to Boston…) an other notable change is guitarist Nate Garnette has picked up on backing vocal duties which also adds to the songs as well as the performance. Sweating through the expansive set and a few beers later sadly the set is over and now begins the mad rush out of the building and back to our homes to try and make it home safe and to bed after an amazing week night show.
ANDREW FRANCIS