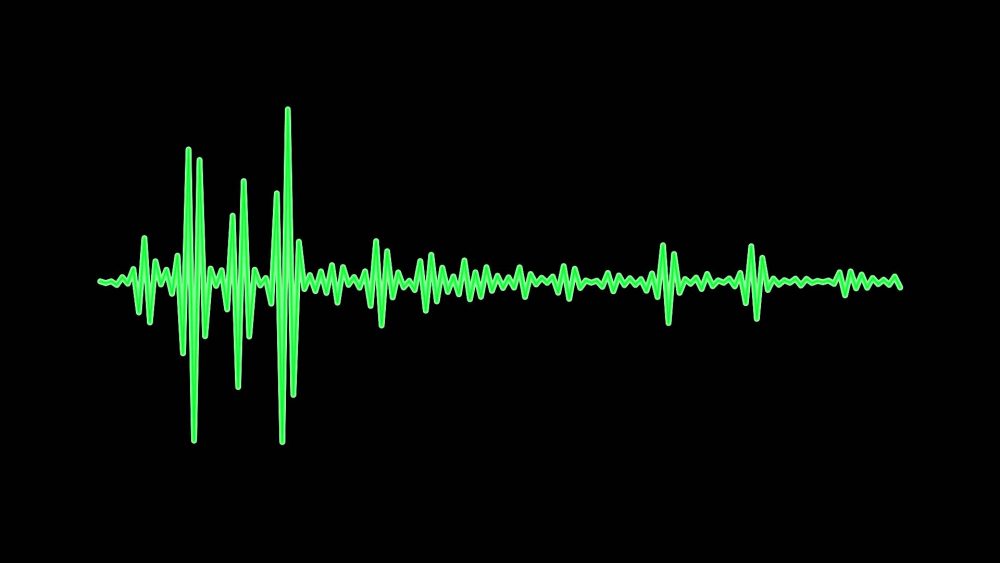 It’s hard to believe it has been a decade since Peter Steele passed away in 2010. His death has left a gaping wound in the soul of the music world that can never be repaired. Peter’s memory lives on in his music and the iconic moments that he created with Type O Negative and Carnivore. We created a detailed memorial post last year, which you can read below. Jam some of Peter’s music today in his honor. Rest in Power Peter! END_OF_DOCUMENT_TOKEN_TO_BE_REPLACED 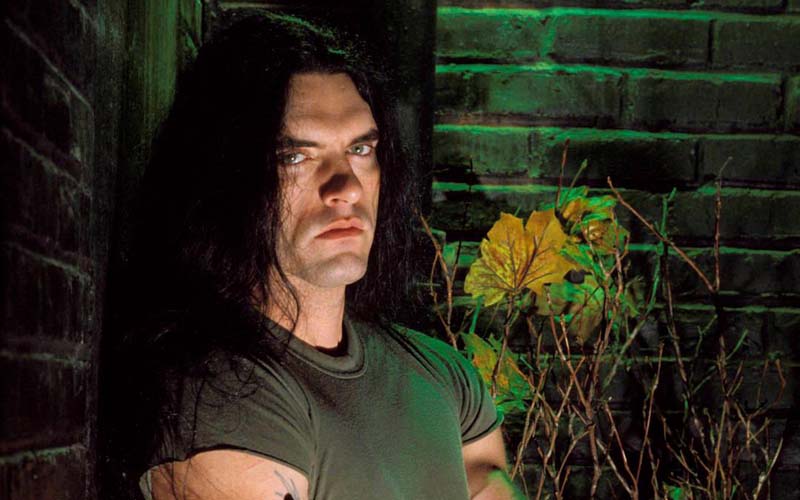 April 14th is a hard day for fans of Type of Negative, as we continue to mourn the loss of legendary frontman Peter Steele who died on this day in 2010. He was only 48 years old. He would have turned 57 this year. Join us as we recall the life and musical legacy of the titan from the 1990s.

END_OF_DOCUMENT_TOKEN_TO_BE_REPLACED

As we do every day of the year here at Ghost Cult, we celebrate the life and work of Peter Steele from Type O Negative, who passed away on this date (4/14) in 2010. We remember him especially on the day of his passing, and his birth, January 4th, but really all the time. Carry Peter with you today, and if he affected you personally with his music in Type O or Carnivore, or just in some special way. Share it with others to keep his memory alive. You can see a bunch of retrospective content below. END_OF_DOCUMENT_TOKEN_TO_BE_REPLACED

Well into their fourth decade, the history of Bay Area Thrash legends Testament is already a well-documented one. We all know they were originally called Legacy, and that Steve “Zetro” Souza from Exodus used to be their vocalist, and we all know that they are one of a select bunch of bands many Thrash Metal fans would like to have seen included in the so-called “Big Four”. While it looks like we may have a long wait for classics like The Legacy, The New Order, Practice What You Preach and Souls of Black (all Atlantic/Megaforce) to be reissued and/or remastered, Nuclear Blast have done (close to) the next best thing and reissued two live records, a collection of re-recorded tracks, and two studio albums. END_OF_DOCUMENT_TOKEN_TO_BE_REPLACED

April 14th lives on as a day in infamy in the music world as the anniversary of the passing of one of its absolute legends, Peter Steele. Best known as the frontman behind Type O Negative and Carnivore. Peter, who passed away at age 48 in 2010, would be 55 this year. END_OF_DOCUMENT_TOKEN_TO_BE_REPLACED 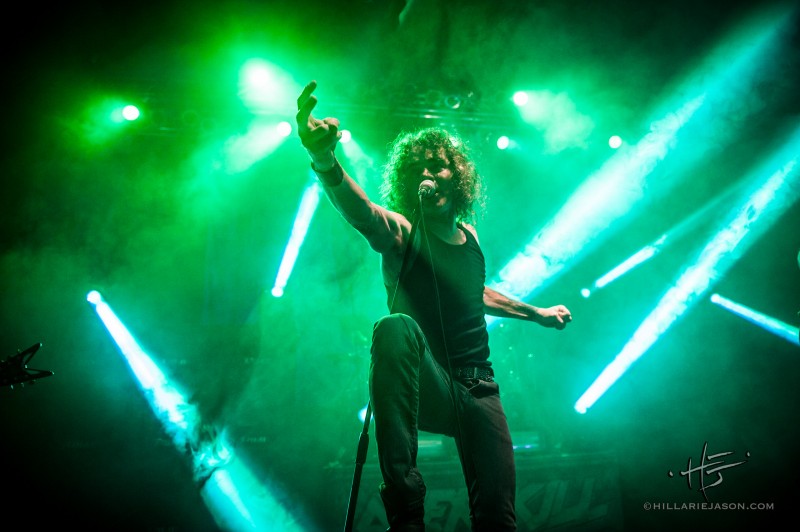 Overkill will be releasing their eighteenth studio album, The Grinding Wheel, on February 10th via Nuclear Blast. END_OF_DOCUMENT_TOKEN_TO_BE_REPLACED 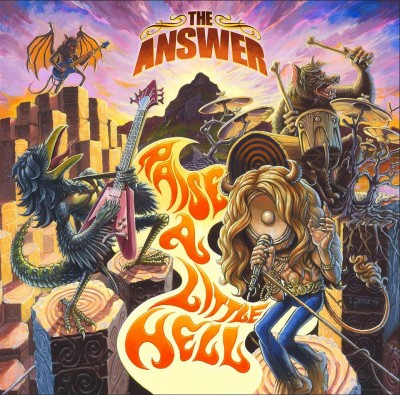 It can be hard to tell, sometimes, about the career progression (or otherwise) of a band in this age of dwindling physical sales, so sometimes all you have to go on is how often people are talking about a band, their “buzz” and their profile. Now, I accept this can create a false impression, but while they burst onto the scene with some UK-centric noise around Rise (Albert) in 2006, it seems very few are talking about Northern Ireland’s The Answer any more (if they were at all), and perception is of a band that have gone backwards, despite some pretty hefty touring with AC/DC.

Raise A Little Hell (Napalm) is their fifth album and kicks off with ‘Long Live The Renegades’, a mash of Deep Purple’s ‘Woman From Tokyo’ and Thunder’s ‘She’s So Fine’; Cormac Neeson’s smoky Bon Scott voice and Paul Mahon’s effortless bluesy licks bringing to life a track that will no doubt become a live favourite. Citing AC/DC and Thin Lizzy as main influences, the album proceeds to walk through the greats of yesterday; ‘The Other Side’ dances in the garden of Led Zeppelin and ‘Red’ kisses the feet of Whitesnake, ‘I Am What I Am’ and the title track are slower, bluesier numbers, while ‘Whiplash’ raises the pulse. The album is locked down by the constant heartbeat of solid bass and drums, and naturally references yesteryear with casual blues rock riffs.

However, as I’ve mentioned before elsewhere (Orden Ogan), by a fifth album I’m looking for some sort of legacy, some sort of statement, and the thing about The Answer is, that they aren’t. The Answer, that is. Or if they are, the question must be “name a decent, if unspectacular, rock band of the common-or-garden variety”, and while that’s harsh, should The Answer cease to be, there would be very little wailing or gnashing of teeth. These aren’t the sort of band to release a drop-your-trousers bone(r) fide classic. 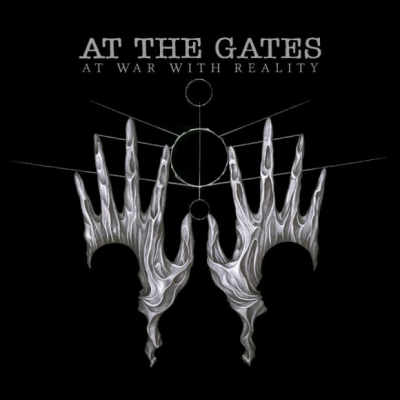 Few bands have the kind of legacy At The Gates managed to create in their relatively brief run in the 90s. That one album has had such an impact on modern metal is nothing short of amazing. But legacies can be double-edged. There’ll be many who say new album At War With Reality (Century Media) is the album of the year solely because it’s At The Gates, and they’ll be just as many saying it’s failure because it’s not an exact replica of their seminal 1995 record Slaughter of the Soul (Earache).

For the few who have actually waited to listen before they pass judgement, At War With Reality is a genuinely worthwhile listen and worth the 19 year wait. It still sounds like At The Gates, not the razor-focused Slayer-worship of Slaughter of the Soul, although those moments are still present, but an all-encompassing At The Gates that draws from the band’s entire back catalogue.

The riffs are still there; the guitar work of Anders Björler & Martin Larsson is as fast, furious and intricate as ever. The title track, ‘Death and the Labyrinth,’ and ‘The Conspiracy of the Blind’ all recall the band’s thrash-fuelled energy of Slaughter. Tomas Lindberg’s vocals are still savage, but they’ve aged into a deeper, more pained howl. But as well as the speed and the aggression, the album has its fair share of slower moments and dark atmospherics that recall earlier albums such as Terminal Spirit Disease or 1993’s With Fear I Kiss the Burning Darkness (both Peaceville).

The crisp production just adds extra weight to those crunching yet addictive guitar lines. The slow burning ‘Order from Chaos’ and ‘Heroes and Tombs,’ both brood over irresistibly catchy guitar lines, while the epic ‘Book of Sand (The Abomination)’ mixes relentless aggression with squealing melodic solos and breakdowns. While fans of ATG or melo-death will feel at home straight away, there are few dull or predictable moments.

The return of Carcass last year showed reunion albums didn’t have to hackneyed rehashes, and history has repeated itself in the best way possible. At The Gates have shown the world that they’re still the most powerful force in melodic death metal. At War With Reality does more than just prop up the band’s legacy, it enhances it. 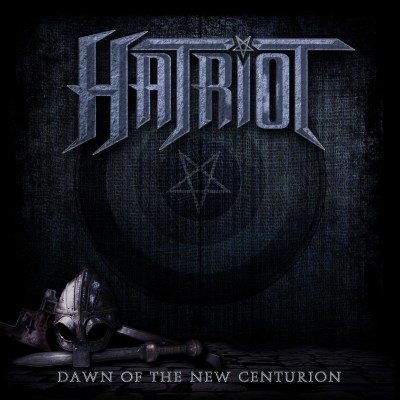 Steve “Zetro” Souza is a name tied to the history of the Bay Area Thrash movement. Having been the voice that launched Legacy, and later Testament, Steve is best known from several stints as the front man of Exodus and Tenet. His modern thrash band Hatriot is back with their most fully realized material on Dawn of the New Centurion (Massacre). Armed with a young and hungry band, which includes his sons Cody and Nick as the rhythm section, Zetro sounds as fierce as ever on this album.

From the opening track, “My Cold Dead Hands”, you get the idea that Steve is royally pissed off. The band sounds like many in the neo-thrash movement, but obviously have the veteran presence at the helm. After the famous Charlton Heston, pro-NRA sound-byte that opens the album, there is a lot of grandiosity in this track for a thrash song. It will activate the circle pits when they play it live. ‘Your Worst Enemy’ follows next, and you hear Steve at his snarling best. The real weapon of the band is shredder Kosta V., who really lays it down when it comes to his leads. ‘The Fear Within’ is the best track on the album and has an epic feel to it. When the main riffs kick in, you will get goose bumps.

‘SUPERKILLAFRAGSADISTICACTSARESOATROCIOUS’ is a fun song, and I dare you to say that five times fast. The song is heavy as hell, and gives a shout-out to Pussy Riot in the coda. This is not a politically conscious band, just one with a lot of lyrical themes speaking to injustice. ‘Silence In the House of The Lord’ and the power-groove laden title track also stand out. Juan Urtega has produced a lot of the greats of the genre, and like all of his albums these tracks sound very punchy and well balanced too. Maybe the only gripe I have with the album is Steve spends a lot of time growling and I’d like to hear him open up with more melodies next time out. When compared with a lot of the newer thrash bands, Hatriot not only stacks up well, they represent to the fullest. 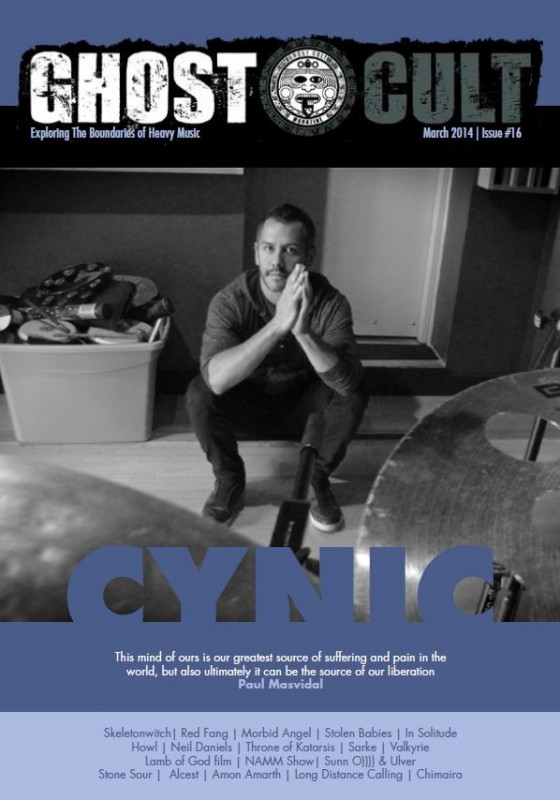