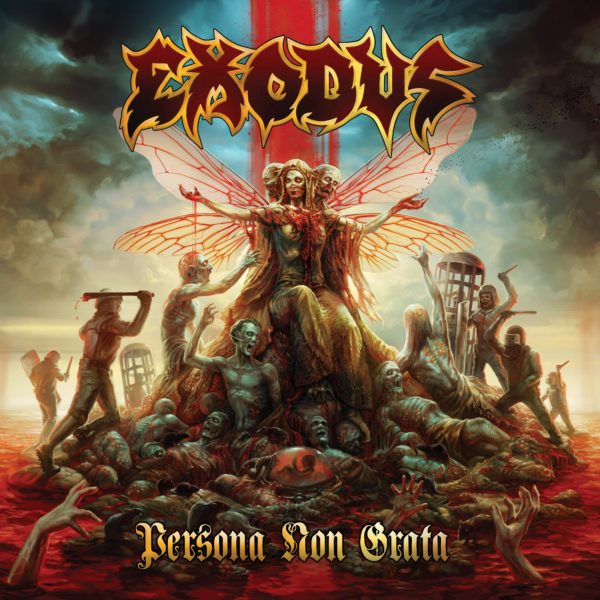 There’s a line in 1982 science fiction movie Blade Runner which goes: “The light that burns twice as bright burns half as long”. While this might be true, every rule has its exception and Bay Area thrashers Exodus are exactly that. Since dishing out their first full-length lesson in violence way back in 1985, the San Franciscan legends have seen off opposition from virtually everywhere. Even with an extended hiatus during the nineties the band’s absence never felt terminal, more like they were simply lying in wait to strike again.

END_OF_DOCUMENT_TOKEN_TO_BE_REPLACED 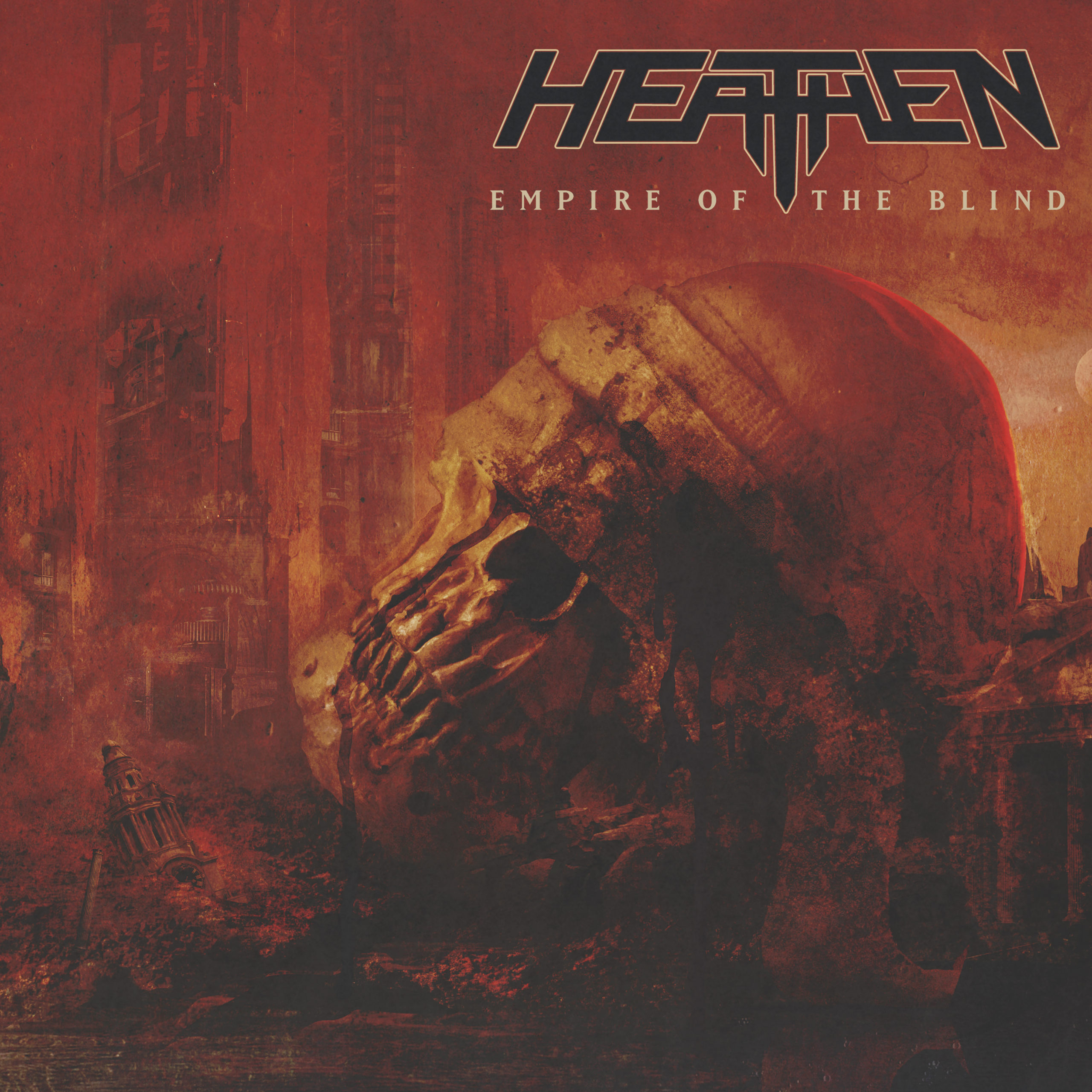 All good things come to those who wait, and if there ‘s one thing Bay Area thrashers Heathen believe in, it’s making people wait. With a four year gap from their 1987 debut to the follow-up, followed by a nineteen year-long hiatus, a decade has now passed since The Evolution of Chaos (Mascot Records), so make the most of new album Empire of the Blind (Nuclear Blast Records) because who knows how long it will take for another one to appear. END_OF_DOCUMENT_TOKEN_TO_BE_REPLACED 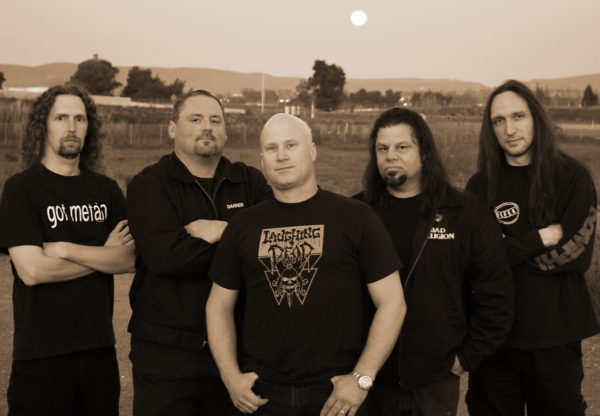 Heavy Metal and Thrash legends Heathen will release a new album, Empire Of The Blind, later this year via Nuclear Blast Records. A flyer showing the “Empire Of The Blind” artwork can be found at the merchandise table during “The Bay Strikes Back” 2020 European tour featuring Testament, Death Angel, and Exodus, the latter of which includes Heathen guitarist Lee Altus. END_OF_DOCUMENT_TOKEN_TO_BE_REPLACED 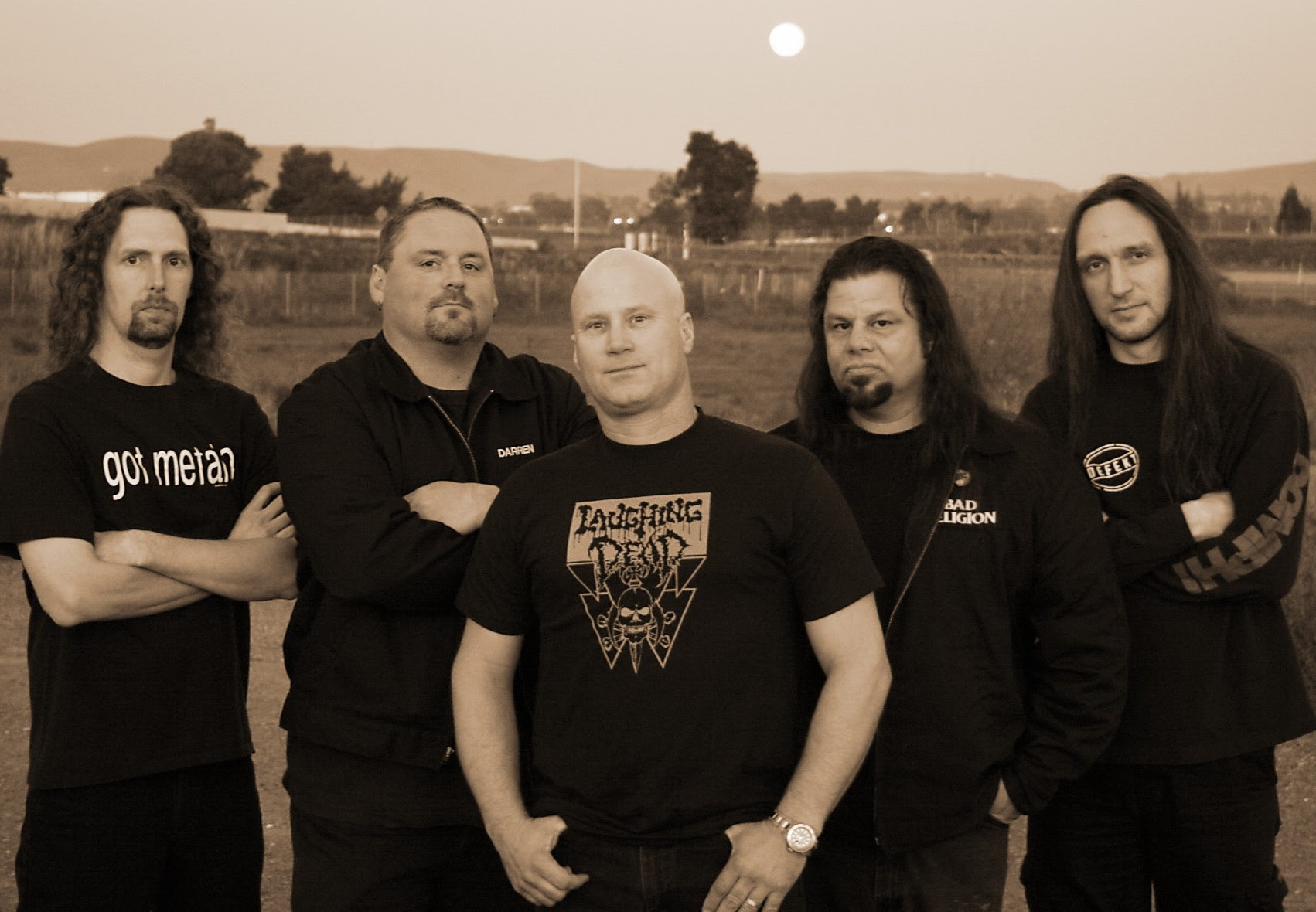 Bay Area Thrash and Heavy Metal band Heathen will release the ten year anniversary reissue of The Evolution of Chaos due out 31st January 2020. The album was a comeback album for the band and was a return to form that saw them tour the world on the strength of the album. The new edition of the album, due out via Mascot Records, will be available on CD/DVD, 2LP and digitally with a previously unreleased bonus track ‘Seasons of Purgatory’. The CD/DVD will be accompanied by a 2 hour ‘Making of’ documentary on the album as well as a live performance from 2009s Thrash Domination, Japan. The band has just released a new lyric video for ‘Control By Chaos’. END_OF_DOCUMENT_TOKEN_TO_BE_REPLACED 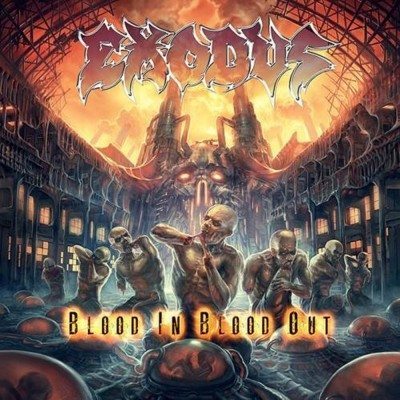 With the Big Four of thrash metal currently mired in irrelevance and resorting to dodgy political statements, ill-advised collaborations and endlessly trading on former glories, thank the Gods for Exodus who have been cracking necks and causing mayhem in the pit ever since their barnstorming comeback album Tempo of the Damned (Nuclear Blast) breathed new life into a moribund scene back in 2004. Ten years later they sound even more alive and angry on tenth original full length Blood In, Blood Out (Nuclear Blast), a record that takes no prisoners.

Bringing back vocalist Steve “Zetro” Sousa for his third stint behind the mic has proven to be a masterstroke with his re-arrival seemingly inspiring his bandmates to up their game and play as if their lives depended on it. Over eleven vicious tracks lasting just over an hour, Sousa’s trademark screech gives the songs a sense of fatal urgency and direction. The lyrics may cover the standard war n’ gore topics as before but with Sousa sounding so utterly pissed-off, they take on a new dimension of relevance. It also helps that guitarists Gary Holt and Lee Altus have written some of the best riffs of their careers while the thunderous bass of Jack Gibson and the relentless percussion of Tom Hunting ensure everything remains at a scorching hot level throughout.

With so many stand-out tracks it’s hard to pick favourites but the relentless barrage and gang vocals of ‘Collateral Damage’, the precision chugs and catchiness of ‘Salt the Wound’ which features a guest appearance from none other than Kirk Hammett and the blistering thrash workout of ‘Numb’ all take the cake. Boosted by a great production job that makes all the instruments sound loud, thick and in-your-face, Blood In, Blood Out is a fantastic return to form and proves once again that the old dogs know best and could even teach some of the young pretenders a few new tricks.