We all enjoy surprises, don’t we? 2022 has begun stronger than 2021 at this point bringing at least ten new, exciting album releases and we’re just only about to enter the fourth week of the year. But no album has given me the chills as much as SOM’s The Shape Of Everything (Pelagic Records).

END_OF_DOCUMENT_TOKEN_TO_BE_REPLACED 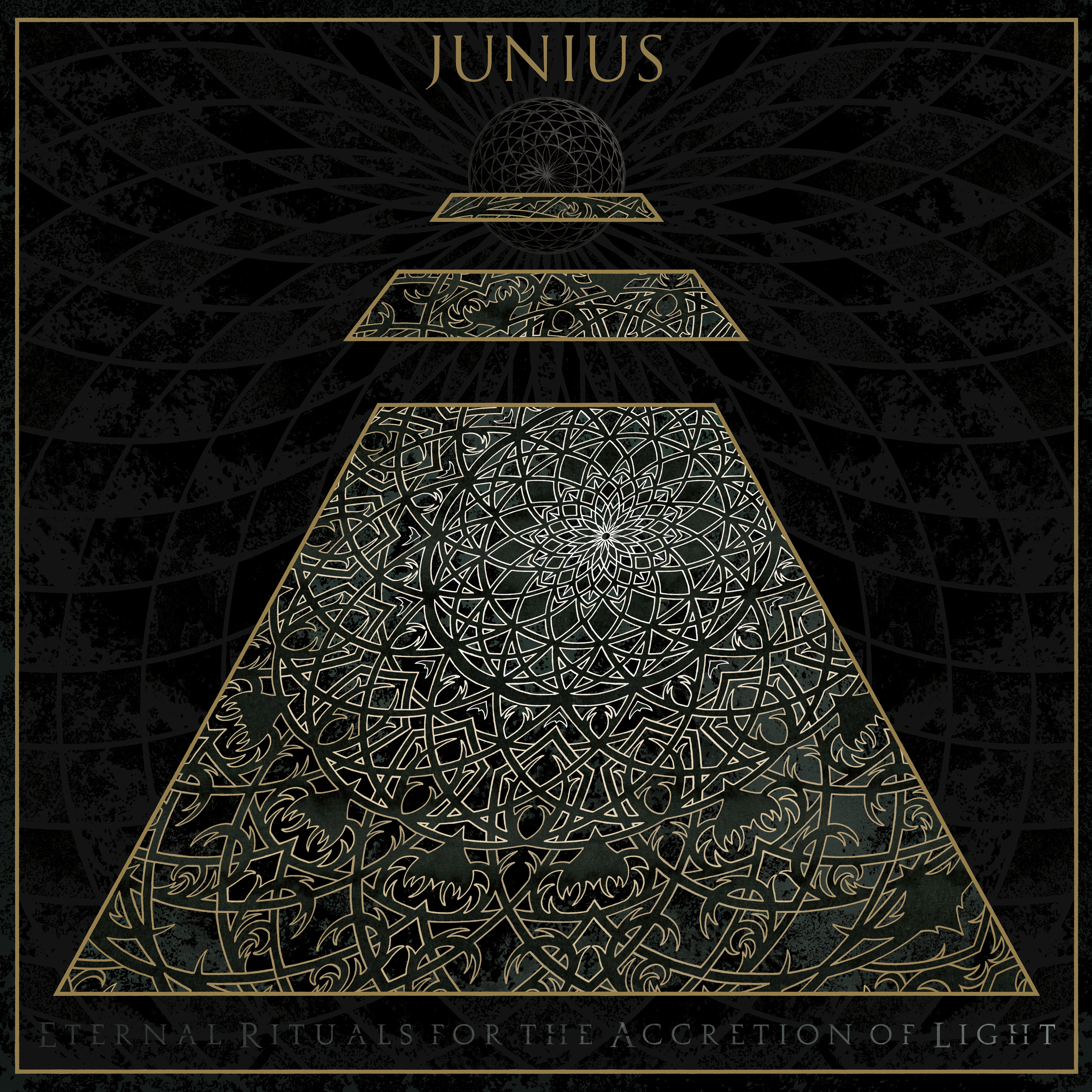 Concluding a conceptual trilogy with an examination of spirituality and reincarnation on Eternal Rituals For The Accretion Of Light (Prosthetic), progressive, melodic, post-Metal exponents Junius are not producing throwaway music; theirs is a depth not just of expression and concept, but of musical bent, with soundscapes to complement such musings and reflections. END_OF_DOCUMENT_TOKEN_TO_BE_REPLACED 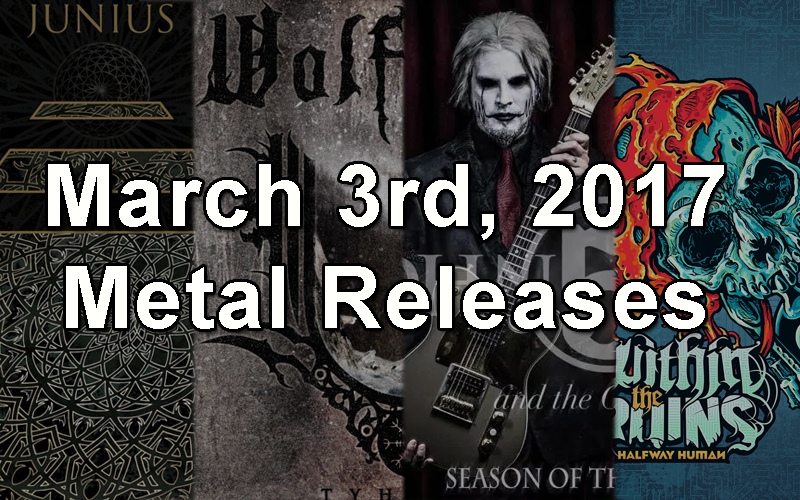 Check out all of today’s new releases in the heavy metal world! END_OF_DOCUMENT_TOKEN_TO_BE_REPLACED 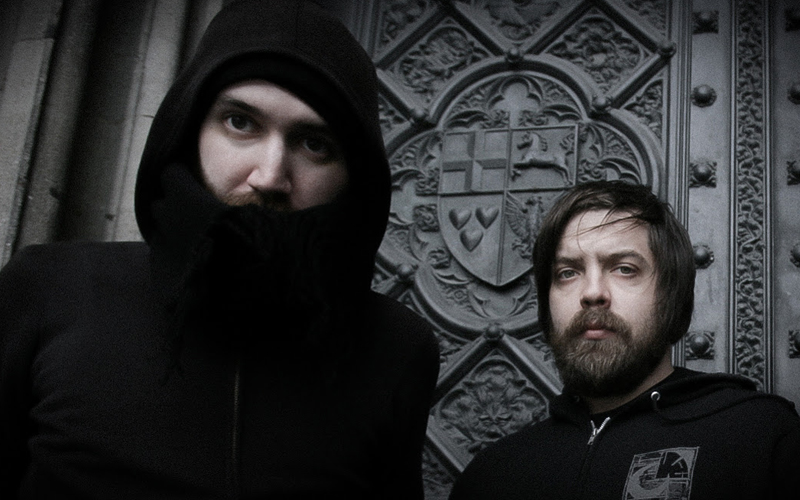 Junius will be releasing Eternal Rituals for the Accretion of Light on March 3rd via Prosthetic Records, and we have another impressive track streaming for your listening pleasure today. END_OF_DOCUMENT_TOKEN_TO_BE_REPLACED

Junius will be releasing Eternal Rituals for the Accretion of Light on March 3rd via Prosthetic Records, and as Rolling Stone said in their recent feature on the band, the record “takes the band’s alternately soaring and crashing sound to even more diverse places.” END_OF_DOCUMENT_TOKEN_TO_BE_REPLACED

Junius haven’t released a full album since 2011’s Reports From the Threshold of Death, but that all changes in March. END_OF_DOCUMENT_TOKEN_TO_BE_REPLACED 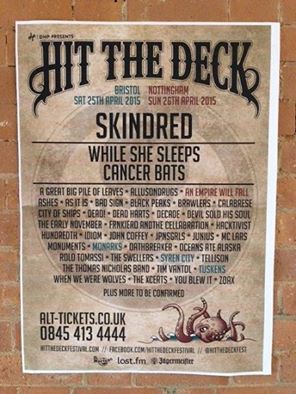 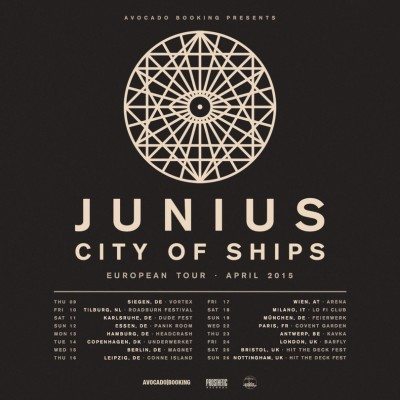 City Of Ships has an upcoming April European tour supporting Junius, with dates posted below. 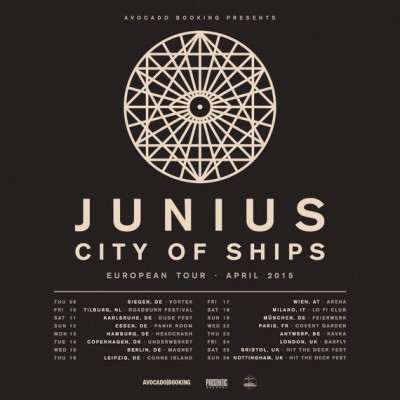 Post-rock masters Junius have plotted a headline trek of dates across western Europe, beginning this April. The band is on the road supporting 2014’s brilliant Days of The Fallen Sun EP (Prosthetic). Most of the dates have City of Ships as the supporting act and notable stops on the tour include an appearance at this year’s epic Roadburn Festival and ending with the Hit The Deck fest in the UK.

Post-rock outfit JUNIUS has announced a series of headlining dates across western Europe this April surrounding their appearance at The Netherlands’ prestigous annual Roadburn Festival (Solstafir, Russian Circles, Anathema), which this year is being curated by Ivar Bjørnson (Enslaved) and Wardruna’s Einar “Kvitrafn” Selvik. The band will kick off their tour in Siegen, Germany on April 9 with support from Brooklyn-based rock trio City of Ships and wrap up two weeks later with a two-date appearance at UK’s Hit the Deck Festival (Cancer Bats, While She Sleeps) in Bristol and Nottingham! 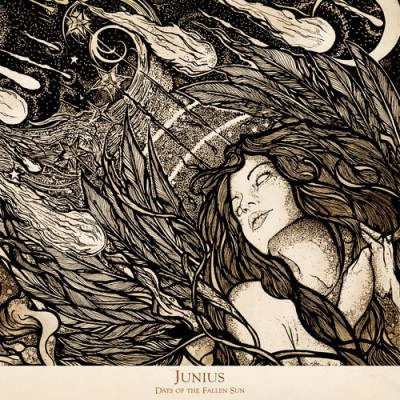 # with City of Ships 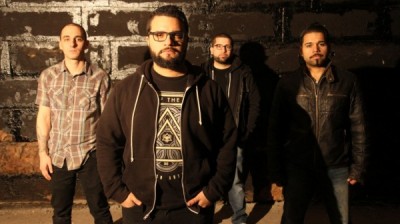 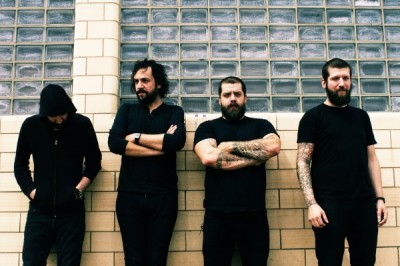 Prosthetic Records will be hosting a Holiday Party at Saint Vitus Bar in Brooklyn, NY on Thursday, December 4, 2014 featuring Junius and So Hideous. Prior to the show’s start, ticket holders will have access to an exclusive listening party from 8-9 pm featuring some of the labels most-lauded singles as well as some newer, previously unheard material in addition to being the first to taste the label’s exclusive collaborative brew with Sixpoint Brewery – Prosthetic Imperial Black Ale.

Tickets for the showcase (21+ only) are currently available online for only $15 & also include a limited-edition hand screened poster featuring collaborative artwork by JUNIUS and PROSTHETIC as shown above. Posters will be received upon entry, until supplies last!

Check out Junius’ stream of “Days of the Fallen Sun” here. Listen to a full stream of So Hideous’ Last Poem/First Light here. 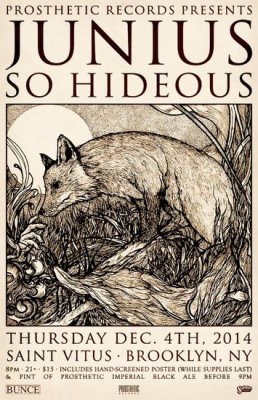