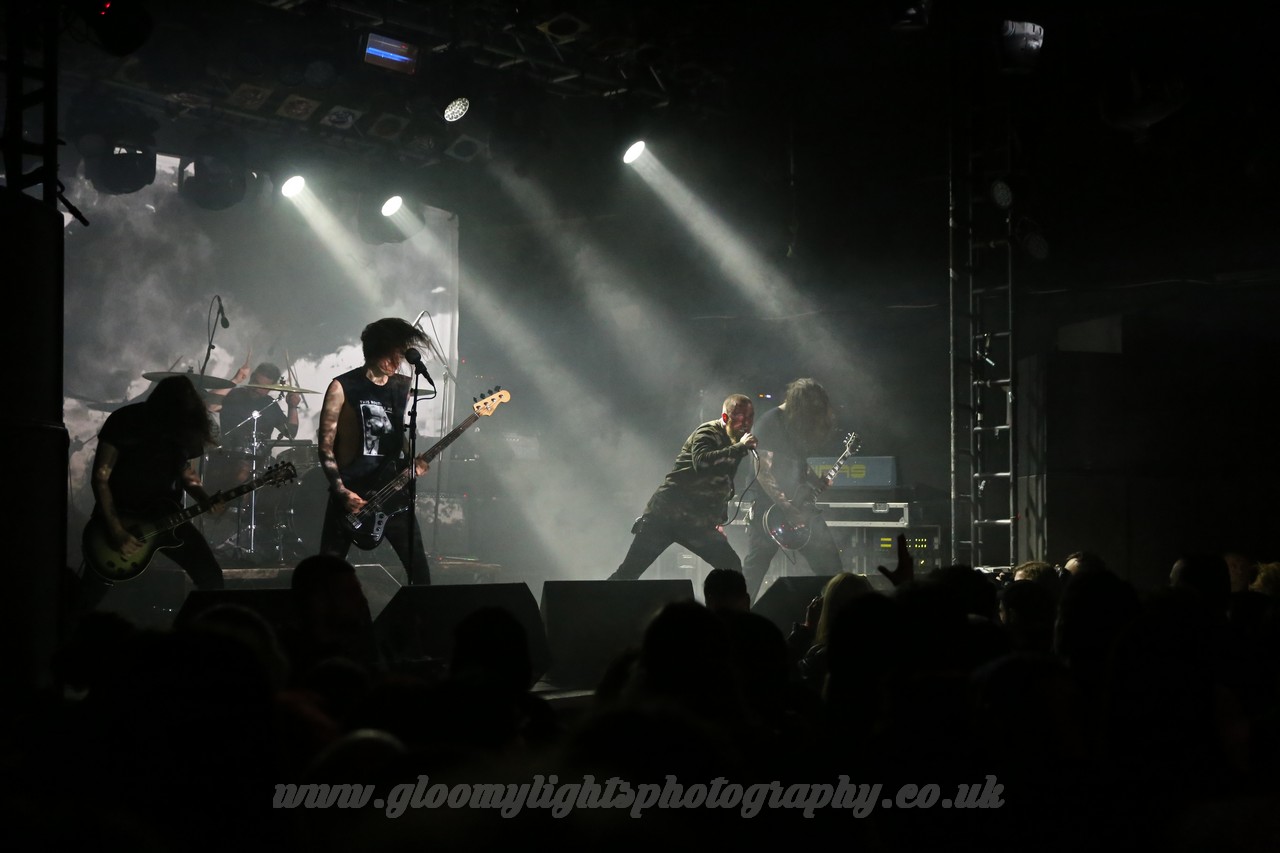 It’s spring bank holiday in the UK, which can mean only one thing; a long weekend of headbanging in London’s dingiest venues. 2019 marks the eighth edition of London’s Desertfest; a festival dedicated to the slow, the slower, and the heavy. With a healthy dose of bong and Satan worship thrown in for good measure. END_OF_DOCUMENT_TOKEN_TO_BE_REPLACED 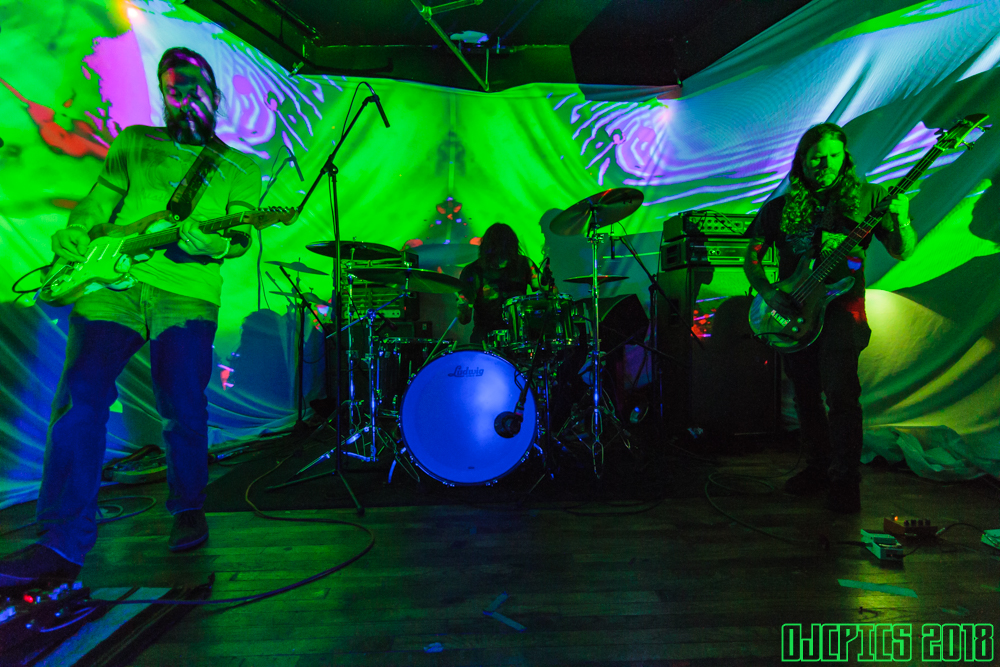 Desertfest London kicks off for their eighth edition today, taking place all weekend from 3rd May – 5th May 2019 in Camden, London UK. Tickets are still available at the link below. The fest is headed up by immense talents such as Om, Amenra, Fu Manchu, Electric Citizen, Black Tusk, Mondo Generator, Wovenhand, High Reeper, Kadavar, All Them Witches, The Skull and more! Get ready with our day by day list of must-see bands! END_OF_DOCUMENT_TOKEN_TO_BE_REPLACED 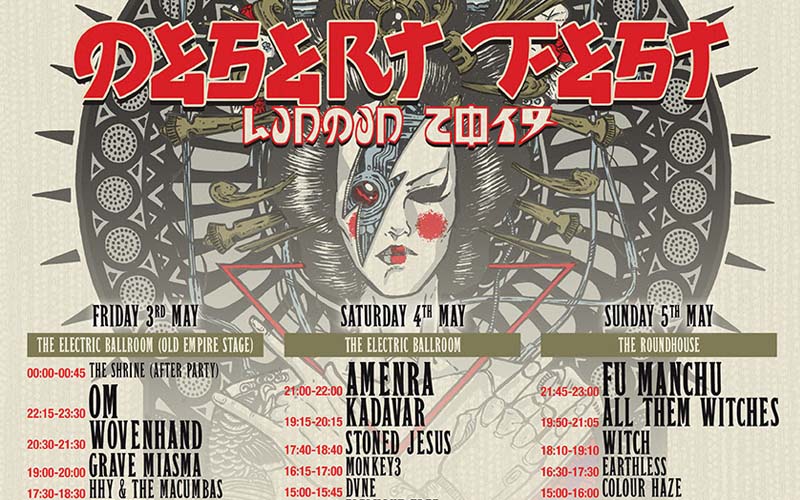 Desertfest London is around the corner with just a month to go before the eighth edition. The fest had added the final dozen bands including an entire stage takeover from the incredible Black Deer festival! Their Sunday curation stage welcomes The Devonshire Arms, The Vanguards, The Fargo Railroad Co., The Southern Companion, The Outlaw Orchestra and more have been added such as Whoremoan, Cities of Mars, Orbital Junction, Drore, Årabrot, Vokonis, The Great Machine, and Wren. Desertfest takes over London 3rd May – 5th May 2019 | Camden, London UK. Tickets available at the link below. END_OF_DOCUMENT_TOKEN_TO_BE_REPLACED 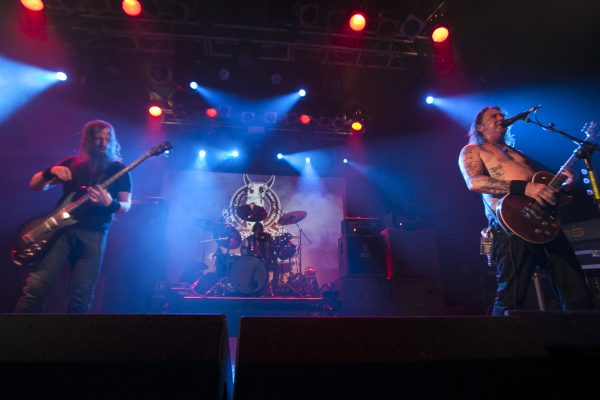 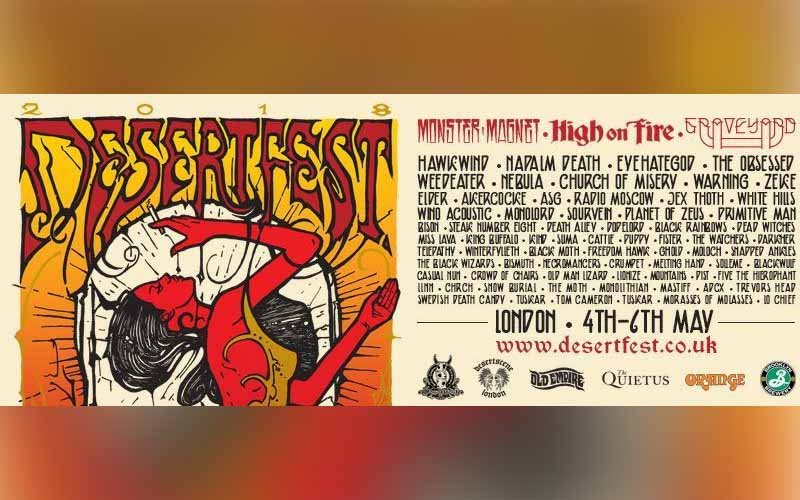 London’s annual three-day festival to tune in, turn on and drop out: Desertfest is back this weekend. Ghost Cult will be on hand once again covering the fest which features headliners High On Fire, Graveyard, Warning, Eyehategod, Napalm Death, Weedeater, The Obsessed, Hawkwind, Church of Misery, Death Alley, Kind and more! We thought we would help all you heshers and hesherettes out with a fest preview of all the must-see bands, all the stage times, and other essential shit, which will give you all more time to find snacks, snake brews and find your missing rolling papers. They are in your hand, dude. Dig? Cool. END_OF_DOCUMENT_TOKEN_TO_BE_REPLACED

High on Fire, by Hillarie Jaosn

Desertfest has named High On Fire as the final headliner to their 2018 UK festival. They have also added eleven more bands to the bill including The Obsessed, Church Of Misery, Death Alley, Ackercoke, and more. The fest takes place 4th – 6th May 2018, at various venues in Camden, London UK. END_OF_DOCUMENT_TOKEN_TO_BE_REPLACED 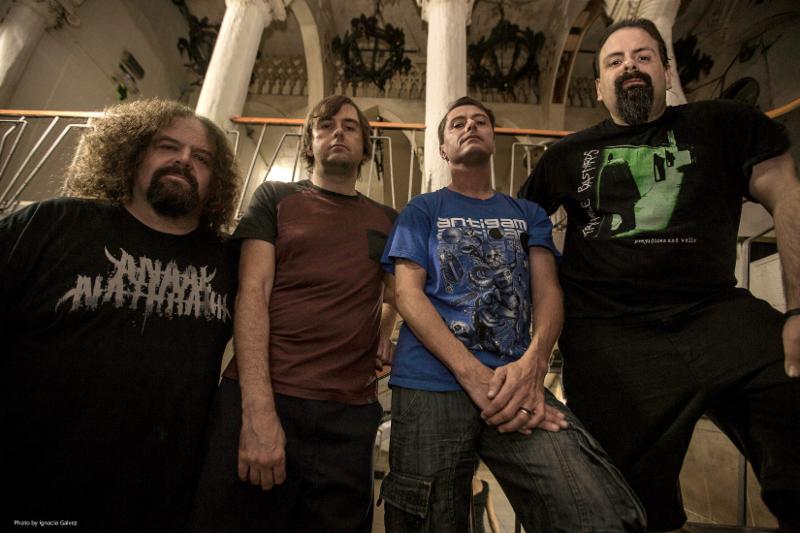 The UK edition of Desertfest 2018 has added Napalm Death, Warning, Winterfylleth, ACxDC and more to their lineup, performing on The Old Empire stage at the Electric Ballroom on Friday May 4th. Previously announced legends EyeHateGod will also share the stage. Tickets are on sale (and moving fast) now with a 50/50 payment plan via Deserfest partner Eventbrite now. END_OF_DOCUMENT_TOKEN_TO_BE_REPLACED 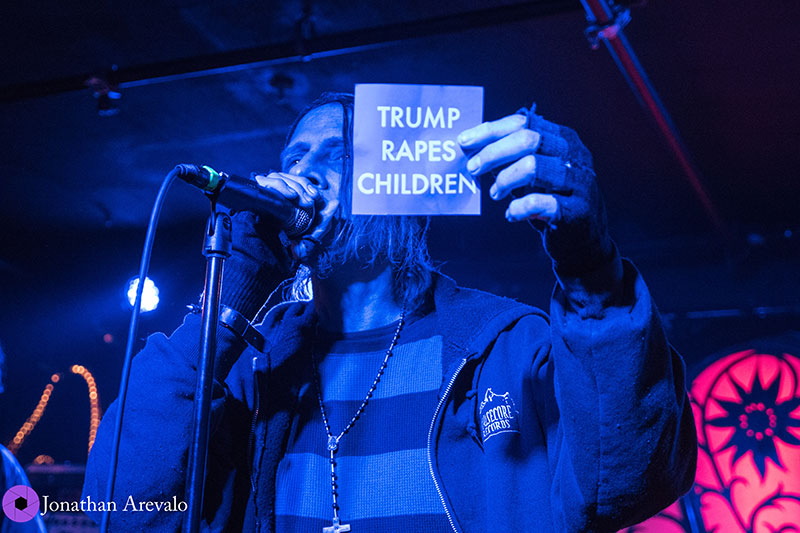 As promised, Desertfest announced a banging first lineup for their London 2018 festival. Stoner and sludge luminaries such as Monster Magnet, Nebula, Eyehategod, and Jex Thoth have been named to the bill. Early bird tickets are on sale too, for a limited time. END_OF_DOCUMENT_TOKEN_TO_BE_REPLACED 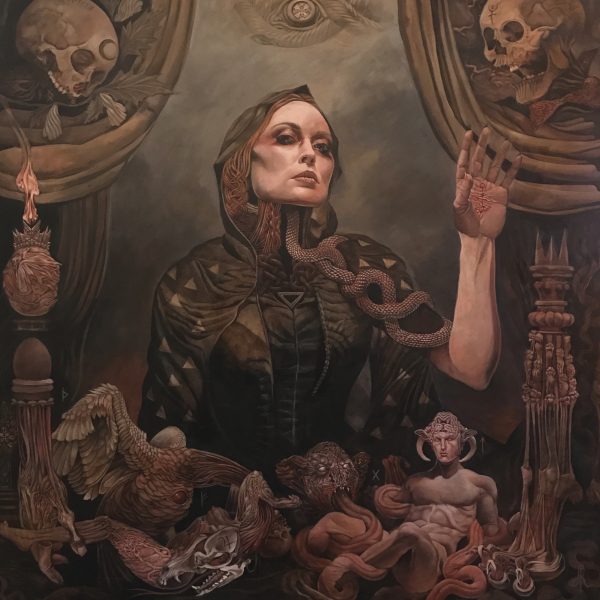 Having slowly transformed themselves from ’60s/’70s psychedelia into a full-blown Occult Rock/Doom Metal act, as well as having undergone several changes in personnel in their eight-year existence, it makes perfect sense that Sabbath Assembly see new album Rites of Passage (Svart Records) as a reflection on the transitional stages of life. END_OF_DOCUMENT_TOKEN_TO_BE_REPLACED 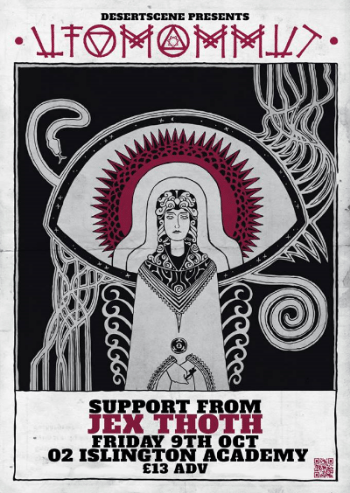 Despite much of the mass media largely ignoring such bands, or at least making little mention of them, the underground metal scene has proven to show an abundance of talent, amazing presence and pushing of boundaries. The survival and even the thriving of such bands is down purely to a greater weapon than print headlines and media has to offer: the word of mouth of the passionate music lover.

Formed in 1999, Italian psychedelic doom merchants Ufomammut may not be a household name to everyone, but they come with a reputation amongst those in the know as an unparalled live act, armed to the teeth with stunning screen visuals and bone-shattering riffs. Working on hard graft and underground buzz alone, it’s a triumphant sight to see that tonight’s gig is in the venue’s larger room opposed to the upstairs, cramped bar area as perhaps expected.

Sadly, the combination of your reviewer living away from London in the sticks and his general bumbling, country bumpkin behaviour means only the closing bars of opening act Sedulus are heard, going past the merch stands which includes, amongst the usual paraphernalia, a variety of stunning artwork pieces and a separate vinyl store (both tables are continuously too crowded to check out properly).

Candlelight marks the arrival of the mysterious Jex Thoth with a sense of anticipation amongst some that even rivals that of the headliners. Mostly static and minimalistic in the way of tricks and effects, the band’s presence ensures that all eyes are centered on Jex herself as she glides and stalks the stage with a menacing but graceful air. Mostly cloaked and at times with either candles or burning incense in hand, she gives the impression of being possessed, proving animated but almost entirely disengaged from the audience and more in a world of her own. Sadly towards the end of their set the influx of people more interested in trying to talk over the band than watching the set, which although doesn’t detract too much from their great performance, does leave a sour taste in the mouth.

Ufomammut take to the stage in a similarly low-key fashion: no intro tape or introduction, simply appearing on stage and kicking off with ‘Somnium’ off latest album Ecate (Neurot), its low, psychedelic rumbling builds up into heavier, crushing territory, accompanied by the sound of jaws hitting the floor. Once again stage interaction is kept to a minimum other than to receive rapturous applause in between sections and songs, a response the crowd never fails to give. Much more than just a doom band, aspects are interjected by Hawkwind like spacey effects and even aspects ardent prog fans will enjoy.

Accompanying this are on screen video footage of dark, at times harrowing and creepy imagery which proves a perfect match for their brand of colourful (comparative to many of their peers) doom metal, as the audience is enthralled and entranced throughout. Well that is for the most part, as once again the presence of groups choosing to natter away loudly instead of watching the band they paid to see proves a distraction at times. Fortunately even this doesn’t put a dampener on a monumental set which has both the visual and thought provoking side to it and the bulldozing force and sheer heaviness.

They may not be the darlings of the media, but Ufomammut are a spellbinding live act as the crowd is left completely mind-blown.