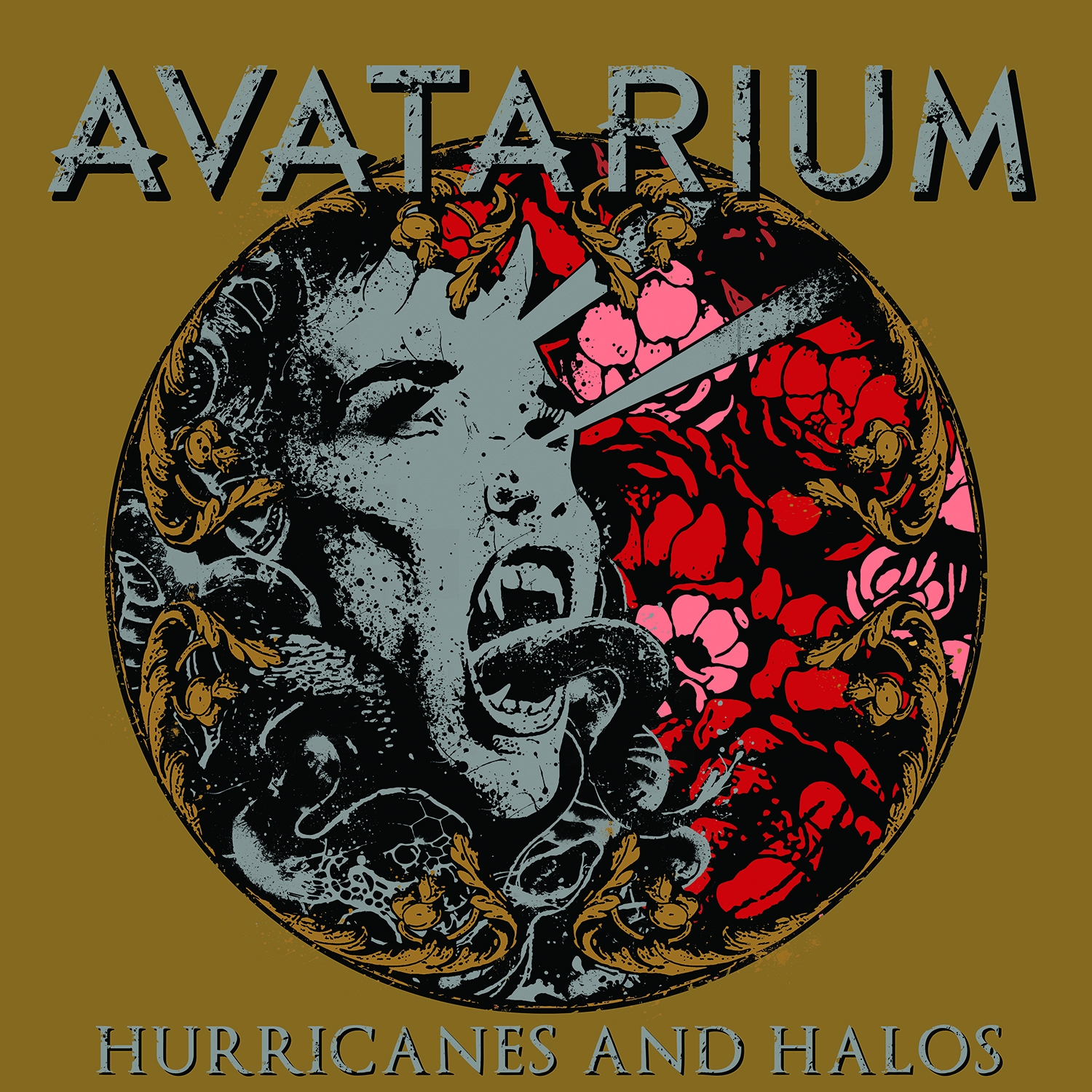 Two fingers to convention, I’m jumping straight to the reveal: Avatarium are a superior breed of band that you’d be mad to overlook and Hurricanes and Halos picks things up where the sultry excellence of The Girl With The Raven Mask (both Nuclear Blast) left off. Fashioned from the music of yesteryear, don’t be fooled into thinking this is “just another” Retro outfit, or an “Occult Rock” band; this is the mastery of the music of a fifty years ago, not to be cool, or hip, but as a means of producing powerful, diverse and strong songs. END_OF_DOCUMENT_TOKEN_TO_BE_REPLACED 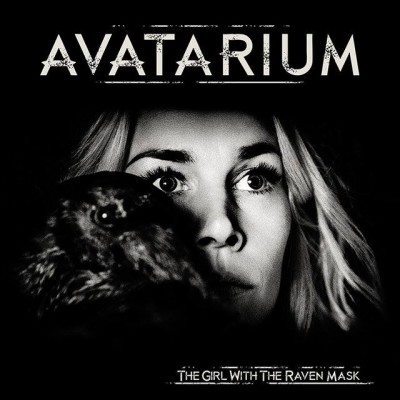 Leif Edling is an unsung, underrated, talented bastard, and a legend. Part-responsible for some of the finest, melodramatic slow and mystical metal known to man across the first four Candlemass releases, his seat and decanter of wine at the table of legacy and honour is assured. Founding member of one of the founding fathers, as his main gig has become more of a part-time, festival turn, two years ago he celebrated the year of his 50th anniversary on earth by putting together Avatarium.

Leaving behind the doom bent of the ‘mass to feed the muse of progressive, heavy retro-tinged rock, and allowing the 60’s and 70’s bands of his youth to influence his writing, at their very best Avatarium are transfixing. The Girl With The Raven Mask (Nuclear Blast), the second band’s full length, is retro without being Sabbathian, fuzzy without being stoner, more Hammer than Occult (any bandying around of the term “occult rock” in this direction is being incorrectly applied for no limp or quaint quasi-folkisms abound here) and progressive without losing focus or atmosphere.

‘The Master Thief’ is Opeth-style progressive luxury and ‘Pearls and Coffins’ is a simply magnificent track, seguing from bare, Western-tinged Tarantino soundtrack led eloquently by stunning vocals into a swirling Deep Purple vortex of an org(an)asmic post-chorus coda; its’ seven minutes an epic sway. And speaking of the Purple ones, in ‘Hypnotized’, Marcus Jidell channels the spirit of pure Blackmore with a majestic mellifluent magic carpet ride of a solo.

The Girl With The Raven Mask does not crush you with weighty riffs, but instead mesmerizes, with singer Jennie-Ann Smith a rare, enigmatic and captivating talent who sparks when the songs are sparse; reminiscent of Nancy Sinatra’s version of ‘Bang Bang (My Baby Shot Me Down)’ (sorry Cher). Given more room than on either their self-titled début, or last years’ All I Want EP, Smith is magnificent. If she had been a solo artist in the late 60’s she would be revered amongst the Joplin’s of history.

A diverse and intriguing marriage of stripped back and the grandiose, of top-level psychedelia and rock, all carried out to sea on the beguiling voice of Smith, for a while I feared The Girl WithThe Raven Mask was doomed (sic) to be one of those releases where the idea was better than the reality, but, while not every track hits the heights of the true moments of genius, the swirling, epic qualities draw you in. 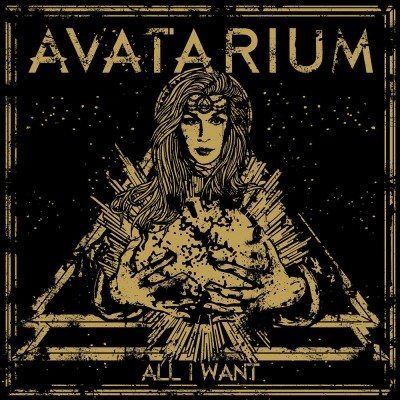 When it comes to going in blind on a release it can be the best or the worst of times for a listener, On the one hand you can discover an absolutely storming new band, or you might come across (as I have many times in the past) discover an album that could be vastly improved by sending the CD case out to the reviewer blank with nothing but an apology note and some chocolates.

All I Want (Nuclear Blast) by Swedish female fronted doom five piece Avatarium luckily falls into the first category. Its sweet yet substantial sound fills your ears with enough melody, crunchy drone and riff to keep even the most melodic rock or gnarly doom fan satisfied. The first two tracks are recorded in the studio, with the latter three recorded live, especially pack the punch all tracks hope to deliver on their first listens, with the album’s title track providing to be the highlight of the release with its soaring vocal line and clearly Sabbath influenced riffs.

It would be easy to make connects to the likes of Sabbath and Blue Oyster Cult as touchstones for the band’s sound, which borrows heavily from the 60’s/ early 70’s early hard rock scene. But the album owes a great debt to the likes of Jefferson Airplane (certainly not Starship) especially in front women’s Jennie Ann Smith’s epic vocal range, she really has a great set of pipes on here and she shows it off throughout the five tracks on offer.

Overall, All I Want is a great EP from the group and shows a lot of promise in what is to come. The sweet mix of the almost Janis Joplin vocals and the low end of the 70s hard rock influenced doom under it makes a great pairing as they effortlessly work against each other, packing just enough low end and bottle to stop it from falling into the weak end of the spectrum. 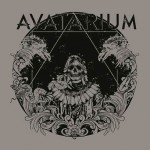 Leif Edling always had a very creative mind, proving it not only in his main band, Candlemass, but also in the various project that he has been involved through the three decades that he was been active as a musician. Avatarium, his latest project, it’s another slab of doom music but now with a great female voice of Jennie-Ann Smith, the vocalist that talked with us about this self-titled debut album of the Swedish band, and about everything involved in that process, even her own experience has a musician.

There isn’t much information about you. What can you tell us about your journey as a musician?

When it comes to music, I been working with music since a very young age in various projects, but I come from a more ordinary rock background. Growing up I been listening and singing soul, rock, blues and jazz. If you look at my preferences and the way I sing, I would say that I come from an American way of singing, but that’s just my background in music. But music is so much more and you can get inspiration of so many things in life, you know? Yes, I work with music and I’ve been doing for such a long time, but I also work as a psychosocial counselor in one of the major hospitals in Stockholm, so I would say that I get inspiration through meeting people in different situations and in different stages of life.

How did you enter in Avatarium and what were your first thoughts about the all project?

It started with Leif [Edling, bass]. Leif was creating new songs and he contacted Marcus [Jidell, guitar] – Marcus has a studio here in Stockholm – and they met and started to arrange the music. After a while they started discussing what kind of vocals would fit the music. I know that Marcus was interested on having someone that sounded more like Robert Plant-ish, and the person that he could think it was me… Of course that’s very flattering for me. [laughs] I know they were looking for a male singer at first, but they couldn’t find one that was a good fit for the project so I got the question. I remember of going to that studio… It was not an audition situation. They had these demo songs, unfinished, and we started and the all experience was wonderful. There was a natural kind of feeling in the process, you know? They loved my input and we continued.

You had total freedom, doing the vocals?

Yes, which was quite amazing? Leif had written the material but I would say that he’s really open-minded and really generous. Every member of this band, involved in this project that is Avatarium, received free-hands… Of course we discuss music and I even asked for the guys opinion, but yeah, I had total freedom to do my vocals and my own interpretation.

There was a clear vision of how the band should sound since the inception of the band?

In general it was, like I said, a very creative process. A great creative atmosphere in the studio. I’ve been more engaged on the vocal arrangements, of course. But I was also involved in the production and we discuss the types of guitars, what kind of keyboards we wanted from Carl [Westholm, keyboards], etc. It has a process with a lot of freedom and discussion and that is, in my opinion, very important to have in any kind of project.

Personally, how would you describe Avatarium?

Well, I would describe as… First, musically has being really interesting. From me, coming from a different background, I would say that even if was not involved in this project I would quite amazed by the music because it contains a wide range of music genres, moods and temperaments.

I know it’s a tough question but can you choose your favorite song of the album?

Of course I like all the songs in the album, in different ways, but ‘Moonhorse’, which is the first song on the record, because of the beautiful melodies and the very poetic lyrics… That one is really exciting for me. Maybe it’s my favorite, but there’s also another song that I really love, it’s ‘Pandoras Egg’ because I love how the vocals turn out to be. 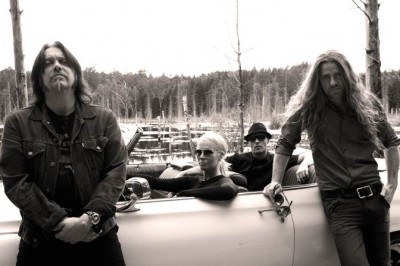 What can you tell us about the lyrics? It was easy to make them your own, in a way?

That’s a really interesting question. When it comes to lyrics I would say that maybe it would be wrong, from me, to do interpretations and what it means for me. I would say that these lyrics are really poetic and quite romantic, in a way. Everyone that listens to them will have their own interpretation because of the poetic side that I mentioned. That’s why I love Leif’s lyrics.

They are all quite different and of course every song deserves a personalized treatment, I would say. For me it really depends on the melody and how the lyrics fit in the melody. Of course some songs were easier to relate.

What can you tell us about the artwork?

Any plans on going with the band on tour?

Yes! If you ask me, of course. I would love to be on stage and play live. But yeah, there have been discussions about where and how to start. I don’t have any bookings that I can reveal this, but yeah we’re trying to put this band on the road as soon as possible.

What about new music?

Well, we discuss the possibilities of, mostly me and Marcus, being more involved in the all creative process and bring new song ideas to the table. Trying to have a more collaborative process. We are very proud how the album turned out and I can also feel… [pause] I know this will sound a little bit strange, but somehow I’m really surprised to see how amazing these songs are, and even the way we found our roles in the all process. I mean, the all process was so easy-going and all of a sudden everything was finished. Sometimes the creative process can be very painful and slow, but in this case it was so easy and so much fun.