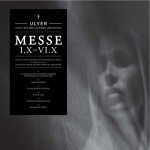 If any band deserves the black metal tag, then it’s Ulver. Though sonically a far cry from what most associate with the genre, it is the spirit of the lawless master that Ulver have long demonstrated in their musical career. But of course, Ulver transcend tags. Never a band to stick to the tried-and-tested, the formulaic, or the predictable, they are a band that live up to their own name. Following their own path and sating their desires to the fullest, wolves they are. And whether or not you approve of any or all of their diverse oeuvre, it cannot be denied that Ulver are concerned with the music as a form of expression, of imagination, and, more importantly, of illumination. And it is this latter aspect that is at the heart of Messe I.X-VI.X (K-Scope).

Commissioned for Tromsø Kulturhus in cooperation with the Arctic Opera and Philharmonic Orchestra, in the liner notes of this CD, the band’s directive is stated thus: “Make something grand, gothic and Ulver-esque,” they said. “Ok.” And without being unnecessarily complex or attempting to challenge every boundary of music ever in existence for the sake of it, so they have. As the next release from this band in particular, while hardly a surprise that they should take such a step, it is simply stunning. Balancing the orchestral with the electronic in perfect measure, this is an experience that demands attention, and one that rejects as much as it embraces. In this work are melodies that captivate, arrangements that enthral, and soundscapes that engulf as much as there are distant depths, walls of subtle yet unfeeling noise, and unsettling tension hanging in the album’s ethereal shades.

This works as an album both to be put on in the background and left alone and as one to set aside for forty five minutes of pure indulgence. It’s uplifting and introspective, subtle and penetrating, all-encompassing and delicately defiant. The masters are at work. Of course it’s not without its flaws (Ulver’s vocalists have never had the greatest of voices) but they are far outweighed by the ambition and its realisation found at every instant. There’s no other way to put it: Messe I.X-VI.X is beautiful. 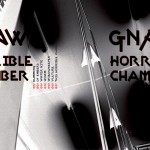 Gnawing away (sorry) at the outer limits of music and misery since 2006, New York’s Gnaw have no respect for music whatsoever. Judging by this sweaty, fulminating mass of a record, the way they see it is that music should be utterly destroyed, the last breath of every tone, timbre, and texture ever plucked from a guitar string, smacked out of a drum kit, tickled from the ivories, and squeezed out of any electronic noise-producing box should be smashed to fucking bits and expression in its purest form should be its only purpose. And so with album number two, Horrible Chamber (Conspiracy Records), “music” continues to die countless deaths. END_OF_DOCUMENT_TOKEN_TO_BE_REPLACED 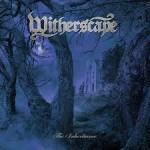 Having played in numerous bands including Edge Of Sanity, Nightingale, Bloodbath and many more as either guitarist, bassist, keyboardist, drummer, and/or vocalist, as well as producing shitloads of albums by Opeth, Katatonia, Asphyx and, well, more, if anyone knows anything about music on the weighty edge of things, then it’s Dan Swanö. Together multi-instrumentalist with Ragnar Widerberg, Witherscape’s debut album, The Inheritance, has emerged. With such a vast contribution to music behind him, you’d be correct were you to assume that many a metal subgenre has been feasted upon and regurgitated into something that is, at the very least, interesting. END_OF_DOCUMENT_TOKEN_TO_BE_REPLACED 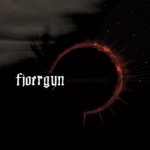 It’s been four years since Fjoergyn’s last album, Jahreszeiten, and after listening to Monument Ende, their fourth album, neither that nor the other two preceding it will be getting a listen. An atmospheric instrumental piece with a gothic/horro/sci-fi feel to it, ‘Genesis 2.0’ starts the album off pretty well and acts as a precursor of what to expect of this album. Dramatic, intense, and brows painfully furrowed, with ‘Betonlethargie’ comes the might and the grandeur. END_OF_DOCUMENT_TOKEN_TO_BE_REPLACED 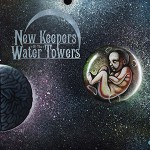 In 2009, something happened to this band when they added ‘of the Water Towers’ to their original moniker. While the two EPs that the band released under the name New Keepers in 2007 and 2008 (re-released in 2009 as the compilation Chronicles) demonstrated their stoner and doom roots, there was little there to mark them out as anything other than yet another band working within the genre. END_OF_DOCUMENT_TOKEN_TO_BE_REPLACED 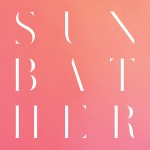 First off, that’s a crap album cover and a crap album title. Fortunately, what lies within album number two from this San Franciscan duo fares much better. The three instrumentals (placed between the other four tracks with vocals) are exquisite. Track two, ‘Irresistible’, with its clean guitar melody washing along on the waves of a gentle breeze, is exactly that. And the contorted electronics of the first half of track four, ‘Please Remember’, as well as the soothing guitar of the second, as disconcerting as they are, have a strange familiarity about them that stir something within that is deep rooted and has been almost forgotten. A touching piece, track six, ‘Windows’, again bears something mystical and transcendent, the soundscape created by its ambient keys and captivating samples is warm and alluring. Were Deafheaven to release just these three tracks as an EP, they would already be on to a winner. END_OF_DOCUMENT_TOKEN_TO_BE_REPLACED 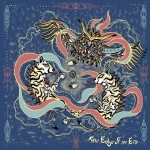 Mystical, exotic and esoteric, the hypnotic thrust that urges The Edge Of An Era onward is nothing less than captivating. Obviously, the members of French three-piece Blaak Heat Shujaa have long been supping on psilocybin while consuming a steady diet of psychedelic, progressive and experimental music. Like a fervent dervish, each track and the whole album seems to be spiralling ambitiously towards some higher purpose, some greater meaning, some spiritual truth that transcends the mundane and can only be glimpsed in the exaggerated indulgence of rhythmic and melodic propulsion. END_OF_DOCUMENT_TOKEN_TO_BE_REPLACED 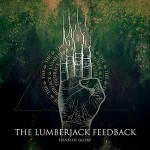 France’s sludge/doom instrumentalists The Lumberjack Feedback throw down the grooves in a bunch of steady and sturdy riffs that pummel their way into the depths of your psyche with remarkable ease. There’s nothing about this EP that isn’t impressive. All that lets it down is that it is an EP and not an album. END_OF_DOCUMENT_TOKEN_TO_BE_REPLACED 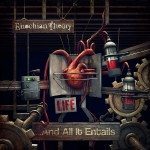 Well, the album title may be a bit naff but it’s that kind of ambitious, self-indulgent pretentiousness that such a title connotes that makes Enochian Theory’s latest album a compelling listen. As with their previous releases, Encohian Theory’s success lies in their confident approach to exploration and creation of music that gives little authority to the bounds of genre or style. Always multi-faceted and multi-layered, the song structures are of elaborate design and intricately intertwined lines whose nuances are as refined as each track is moving. An intelligent and emotive album, Enochian Theory, with their lush orchestration, a broad palette of synth sounds, and a curious fragility permeating the ornate compositions, have proved themselves, again, masters of finesse. With the tempos barely shifting into the high gears, Enochian Theory’s dynamic control comes to the fore with the intensity levels instead being utilised to convey the band’s musical and conceptual diversity. END_OF_DOCUMENT_TOKEN_TO_BE_REPLACED 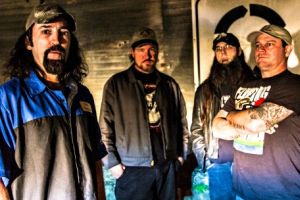 Kurt Brecht is somewhat of a legend within the crossover/hardcore/thrash metal scene. Ghost Cult caught up with him to discuss his latest album with Pasadena Napalm Division and the relentless touring of his other band D.R.I. END_OF_DOCUMENT_TOKEN_TO_BE_REPLACED