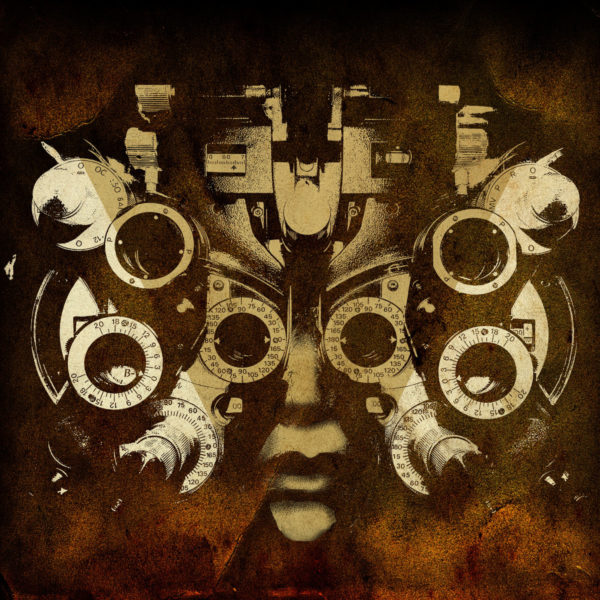 Ridiculously it’s a decade since Israeli juggernaut Dukatalon released debut album Saved By Fear (Relapse Records): a bruising yet incredibly inventive slice of Sludge that at times called to mind Led Zeppelin as much as it did the likes of Iron Monkey. Aside from a brief tour of the UK three years ago, little has been heard of the band outside of their native Tel Aviv, so what a beginning to 2020 with long-awaited new album Involuntary Action (Self-Release) hitting the hard drive. if only the band’s mouthpiece in the UK – Manchester’s ‘King of Nasty’, Eytan Wineapple – could’ve stuck around long enough to hear it. END_OF_DOCUMENT_TOKEN_TO_BE_REPLACED 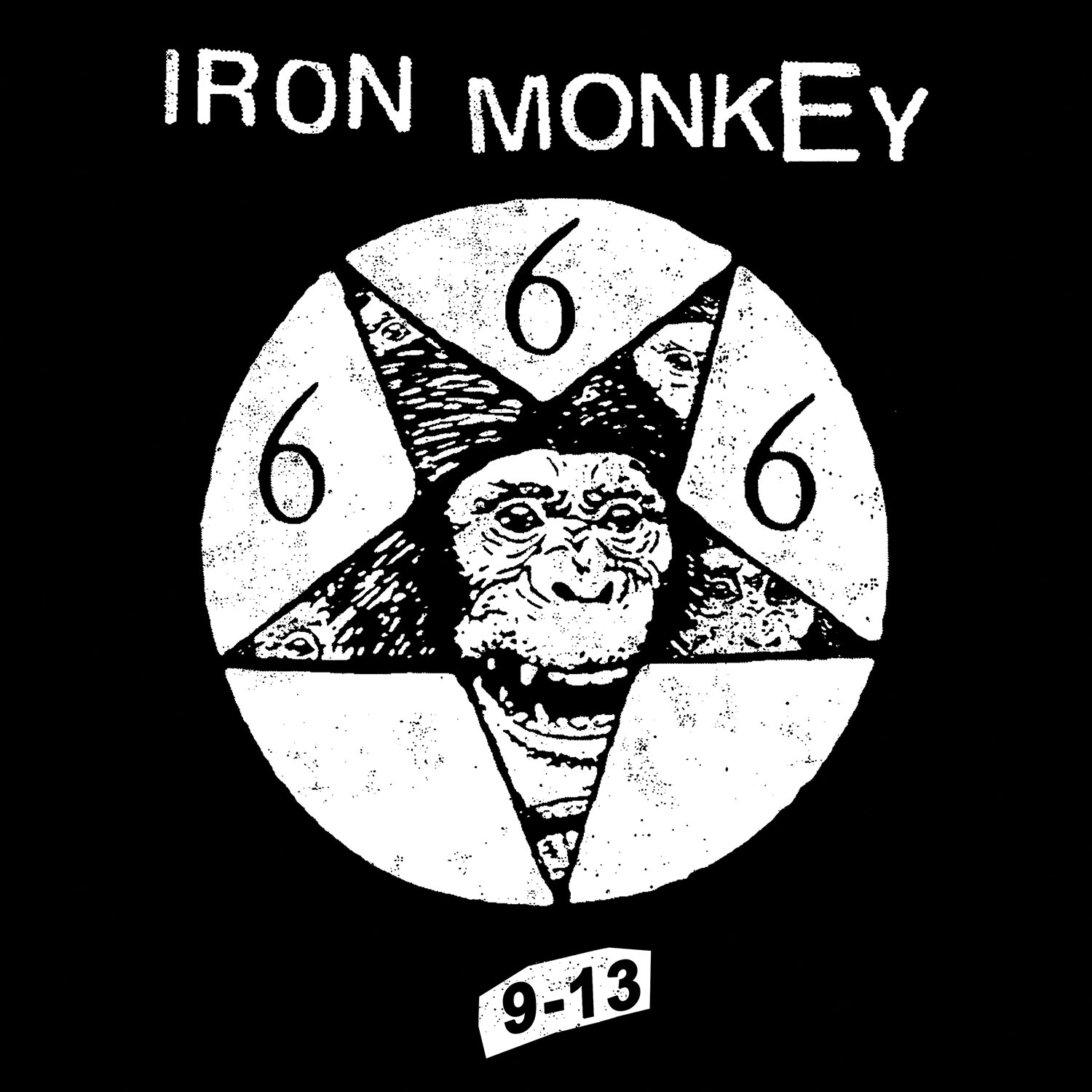 Iron Monkey, it’s fair to say never got the respect or adulation that should rightly have been theirs. Exploding from Nottingham, England in the mid-90’s with their self-titled E.P. and the classic Our Problem (Earache), the band was on a trajectory straight to the top of the filth-smeared grime pile that they were climbing. Exuding a sound reminiscent of Black Sabbath thrown into a swamp with Eyehategod, this was music so hate-filled and nasty it demanded your attention before the band split in 1999. Original vocalist tragically Johnny Morrow passed away in 2002, but fifteen years on guitarist Jim Rushby has resurrected the Monkey as a three-piece ready to unleash new album 9-13 (Relapse). END_OF_DOCUMENT_TOKEN_TO_BE_REPLACED 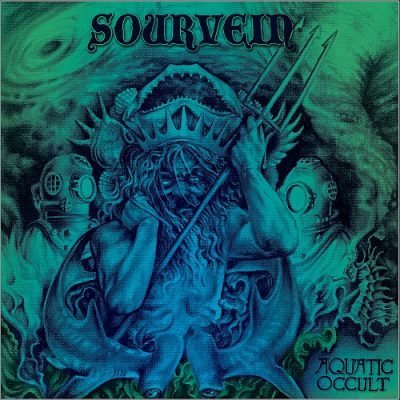 With a track record that dates all the way back to 1993, it’s a testament to perseverance and dedication that T. Roy, the only and founding member of Sourvein, has continued to fuel his project through record label instability and periods of severe depression. It’s no wonder he has earned such a respected reputation in the world of sludge and doom, right up along side the fellow North Carolina lords of Buzzov*en.

With a new home on Metal Blade Records, Sourvein releases their fourth full-length album Aquatic Occult featuring an impressive array of helping hands including, but not limited to, Randy Blythe of Lamb of God, Dean Berry of Iron Monkey and Stig Miller of Amebix.

As the name implies, Aquatic Occult is musically conceptualized around the theme of water, with samplings clearly heard in the opening track ‘Tempest (Of Desire)’ and closing track ‘Oceanic Procession’. A clear homage to their coastal origin Cape Fear NC, all the tracks are given aquatic names and the track names themselves can be an indicator of what kind of intensity to expect upon listening.

For example, the first single ‘Occypus’ (featuring Randy Blythe), with it’s maximally distorted riffage and aggressively thickened growls, represents fierceness and unpredictability – which is an accurate interpretation of an octopus. As opposed to the out-of-the-box track ‘Mermaids’ with its clean reverb-inflected vocals and whiny drawn out riffs, it can be interpreted to represent the mystical creature although this track is the weakest on this album.

However, it’s quite apparent throughout the album that the ability to memorably heavy guitar riffs comes easily to T. Roy. If you are as heavily into sludge as myself, you know how important it is for a slow chugging riff to be as blood curdling as possible. The heavy hitters on this album are ‘Hymn to Poseidon’, ‘In The Wind’ and ‘Urchins,’ featuring the most soul-crushing riffs so far this year. The more pensive doom tracks on this album lie within ‘Cape Fearian’, channeling the Judgement-era Anathema with its dark celtic melody, and ‘Bermuda Showdown’, channeling Neurosis-style minimalistic grooves with hesitant military drums marching alongside it.

The entire album is infested with T. Roy’s yells of his true realities and misfortunes, but he makes it clear that there is a light at the end of his tunnel. And although this honest album does have a few questionable lapses in production, Sourvein’s Aquatic Occult is a great fourth LP release and you’d be crazy to not look forward to more. 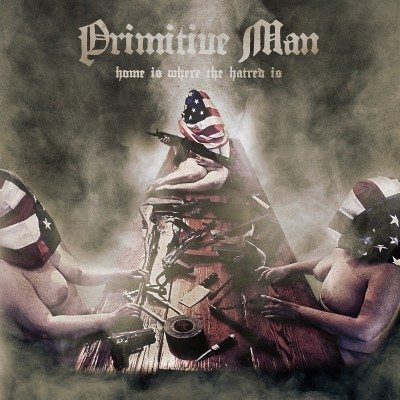 Abstract is the new brutal. The principal focus of Extreme Metal has always been to make music that sounds as violent or destructive as possible, but over the last couple of years a growing number of bands in different sub-genres have embraced a more subtle approach. Whether it’s Gnaw Their Tongues and their followers blending Black Metal with Noise elements, Blut Aus Nord embracing dissonance or Portal deconstructing familiar Death Metal into something totally other, it’s becoming more common to encounter Extreme Metal which doesn’t so much punch your face as make you doubt its existence.

Primitive Man are one of a current circle of bands – Sea Bastard, Keeper and Indian among their peers – engaged in stripping so-called “Sludge”, that ugly child of Punk and Black Sabbath, of its Blues influences and sense of groove and focussing entirely on its capacity for bleakness and discomfort, and are arguably the leaders in their circle when it comes to abstraction. Home Is Where The Hatred Is (Relapse) continues from their independent debut album Scorn with thirty minutes of abstract rhythms, broken chords and growled vocals that steadfastly refuse to describe anything as uplifting or recognisable as a riff. It’s a thick, genuinely unsettling morass of noise and almost ambient amp abuse, and when they do allow themselves a brief moment of Grind-fuelled violence at the start of Downfall it’s almost a relief – though one that’s rapidly overtaken as the song collapses once again into dissonance and atmospherics. There are similarities to Khanate, of course, in their use of dissonance and unorthodox song structures, but as their name would suggest they seem less artful and refined, more… well… primitive.

It is extremely difficult to criticise HIWTHI, not because it’s without flaws, but because any apparent weaknesses (tracks blurring into another; the lack of satisfying climax; the sense of dislocation and frustration that pervades) are so obviously the result of very deliberate choices by the band. They’re not bugs, to borrow from the clichés of IT, but features. This isn’t the dirty, angry Rock ‘n Roll of Eyehategod or Iron Monkey, and it doesn’t seek to press the same buttons – this is genuinely ugly, unsatisfying, dissonant music from a band who aren’t interested in catharsis or making you rock out. 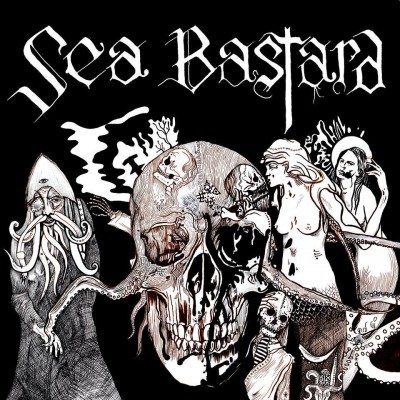 The gardens of Doom have never been more fertile than in England’s gray and fetid lands in 2014. Conan and The Wounded Kings may head the pack with two of the best releases of the first quarter, but shuffling like battle-jacket clad Walkers, are a host of low-end, funereal paced dirtbags, headed by Brighton’s Sea Bastard.

With a guitar tone drenched in silt and dirt, the very elements of sludge, straining against the constraints of amplification turned to maximum, a crushing chord stab fighting feedback begins this extreme doom assault over a tempo that if a heart rate would mean near-death. Vocalist Monty spits turgid death metal growls before settling into his more trademark feral tones. And so Scabrous (Mosh Tunage) has begun, resplendent in bleak, violent, extreme doom.

Good doom works through being slab-heavy and repetitious, luring you into a zone. Great doom works through being slab-heavy and hypnotically repetitious, instilling a barren feeling of hopelessness over a drawn-out time period, where the first 13 minutes feels like 4, and this is opener, the excellent ‘Nokken’, which then explodes unexpectedly in a massive chugging riff-frenzy, leaving you pummelled and bloodied until it’s 17 minute girth has unfurled.

‘Nightmares of the Monolith’ follows in, bringing things back to a graveyard tempo and an early Peaceville UK doom feel, Oli Irongiant wrenching dark riffs and chords from the neck of his guitar, maintaining an ominous atmosphere before bringing things down to a twisted sludge. ‘Door Sniffer’ serves as a perfect lead-in to the megalithic 20 minute closer ‘Metamorphic Possession’, both enhanced by prominent bass-work from Steve Patton, the former espousing more traditional Cathedral (Forest of Equilibrium) tones, the latter a sprawling, horrific epic of endurance.

Sea Bastard are too vile to appeal to the hipster, which is to their credit and hopefully won’t stunt their progression as this is a sickness that deserves to spread. At times channelling Iron Monkey, at others Celtic Frost’s Monotheist through a heroin filter, at all times vitally and vibrantly intensely heavy British Doom, Sea Bastard are not an easy listen for the extreme doom newcomer, but for the initiated Scabrous is a beautifully sickeningly dark and filthy album.