Well, I had a completely different set of expectations heading into Loathe‘s I Let It in and It Took Everything (SharpTone Records). See, one of my co-DJs on my radio show Stress Factor (cheap plug) had played ‘Gored’ and ‘Broken Vision Rhythm’ a few weeks back so I thought I was headed face-first into a sea of gnarly down-tuned Hardcore riffs with some Industrial elements tossed in for good measure. Not quite. END_OF_DOCUMENT_TOKEN_TO_BE_REPLACED 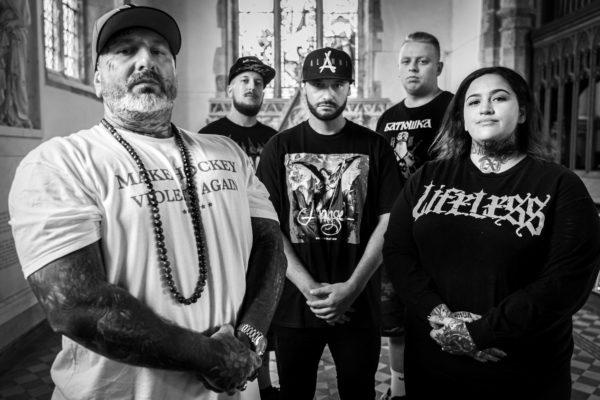 London’s metallic Hardcore band Dead Man’s Chest has been growing in stature in their scene with high-profile Cro-Mags, Sick of It All, Madball, Integrity. Now the time comes for new music and Ghost Cult is bringing it to you! ‘Dear God’ is a brutal 1-2 smash to the head! Dear God will be released on 7″ vinyl (Gold, Half Gold/Half Black, and Classic Black) on February 28th. Pre-orders will be available through Upstate Records online webstore at the link below. Check it out now! END_OF_DOCUMENT_TOKEN_TO_BE_REPLACED 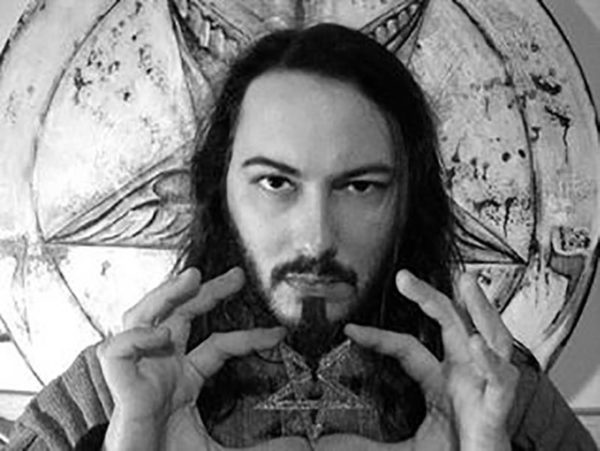 Iconic artist Stephen Kasner who came out of the underground scene to create horror-themed art for films, books, and avant-garde and metal artists’ albums, died on Christmas Day. He was just 48. In addition to painting, art and other mixed media, Kasner also made music under the Blood Fountains moniker. He created art for albums from a variety of artists such as Khlyst, Sunn O))), Integrity, Lotus Eaters, Skullflower, Justin Broadrick, Subarachnoid Space, and Martin Grech among others. Kasner released the book Stephen Kasner Works: 1993 – 2006 (Scapegoat Publishing, 2007), a lavish career retrospective with text by various artistic luminaries and collaborations with Seldon Hunt, David D’Andrea, Dwid Hellion, Steven Leyba, and Steven Cerio. Dwid’s Integrity band posted a remembrance of Kasner on Social Media. END_OF_DOCUMENT_TOKEN_TO_BE_REPLACED 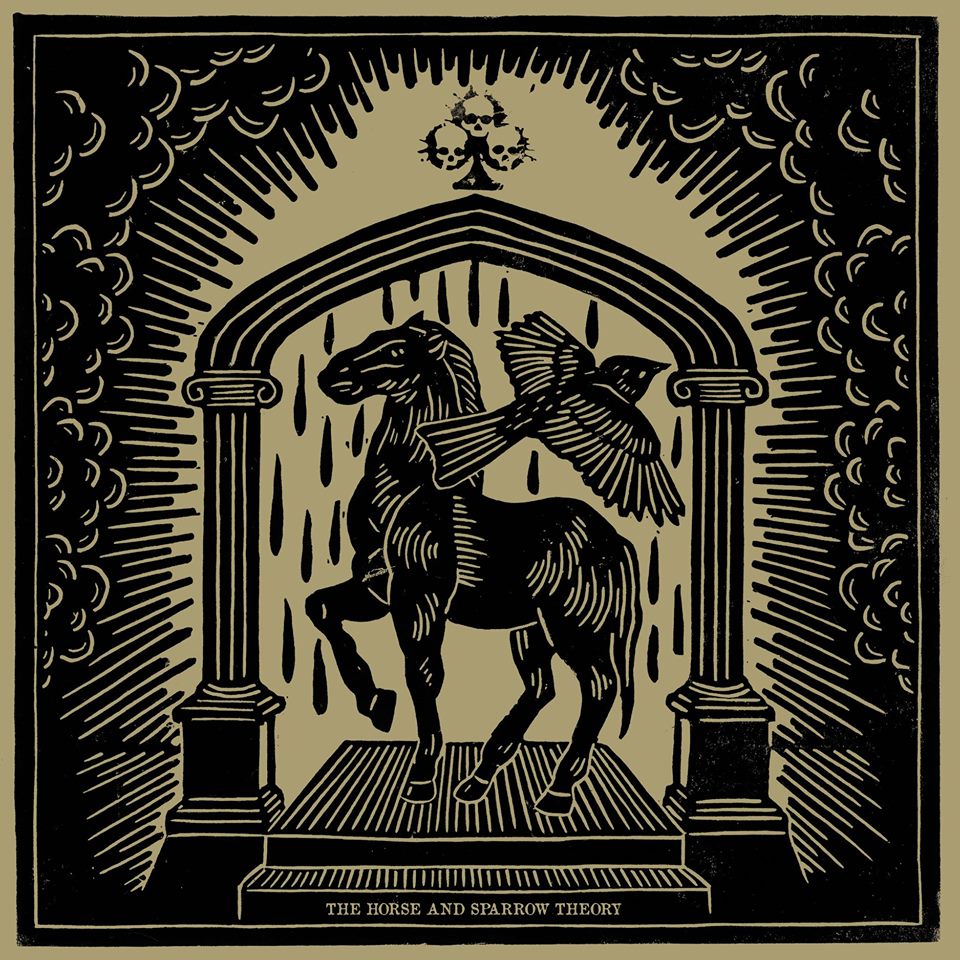 The Horse and Sparrow Theory (Relapse Records) really wants to let you know that Victims is about that Hardcore and D-beat life. Like every song on this bad boy is pre-loaded with that classic drum pattern. Every word is delivered with snarl and song with names like ‘There’s Blood on the Streets’ lets you know that these Swedes mean business. The only problem with all that is the in the pursuit of Punk rock fury, Victims forgot to write any memorable riffs. END_OF_DOCUMENT_TOKEN_TO_BE_REPLACED

Diminished twin lead guitars fade in above a filthy, distorted bass line. It segues into the intro of the title track, and Death Becomes My Voice (Relapse Records) begins in ill-conceived circumstances. This intro segment is a slow crawl through power chords and crashing cymbals, and completely unrepresentative of the album as a whole. When the main bulk of the title track begins it’s clear that the slow introduction was a calm before a storm, but perhaps an unnecessary breather to kick things off. It may have worked better somewhere in the middle of this unrelenting album as something of a palate cleanser, but more on that later. END_OF_DOCUMENT_TOKEN_TO_BE_REPLACED 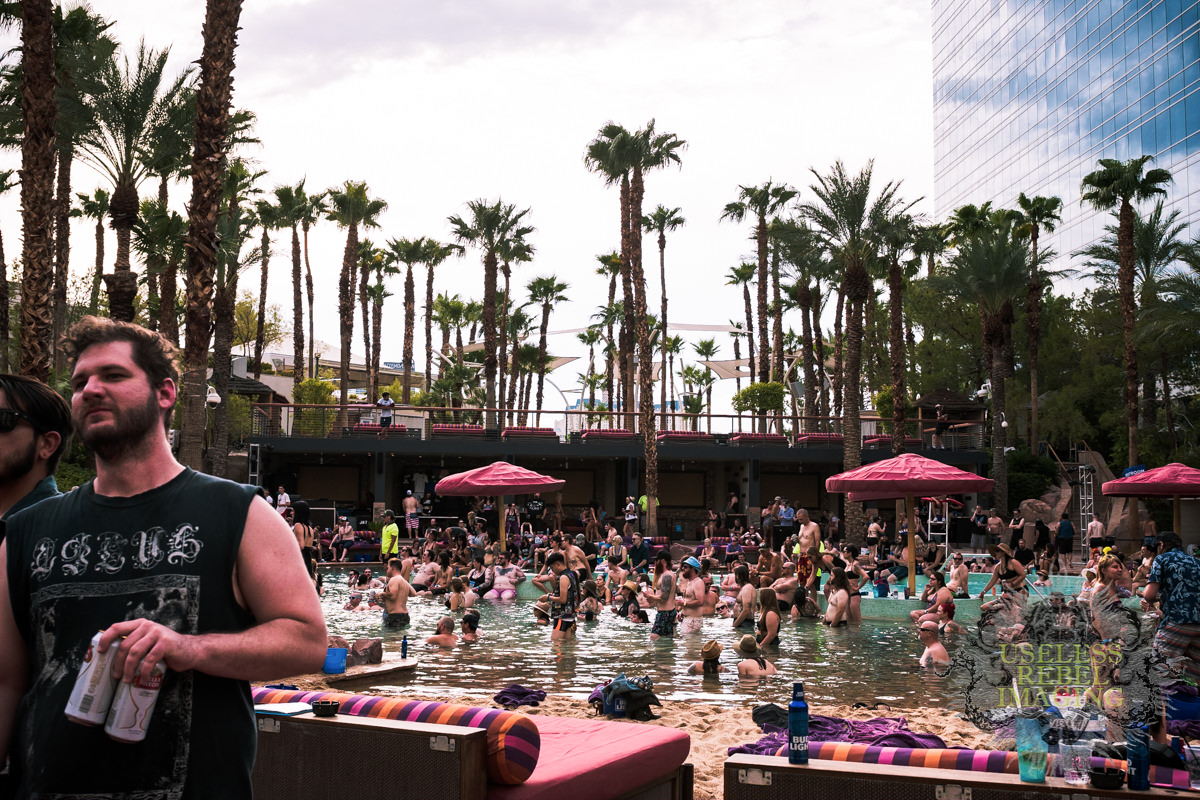 Psycho Las Vegas has grown and evolved over the years and has shaken off any comparisons to niche European fests and your traditional US fest, itself having no close comparisons, and being its own beast. Having everything under one roof including your stay can lead to late and debaucherous nights for some, packed and planned diverse schedules for the devout, a little compromise of both for others, but an all around good time for all. For a journalist working the fest, it goes by in a blur but you still experience having those stand out moments as well as highlights of your own. END_OF_DOCUMENT_TOKEN_TO_BE_REPLACED 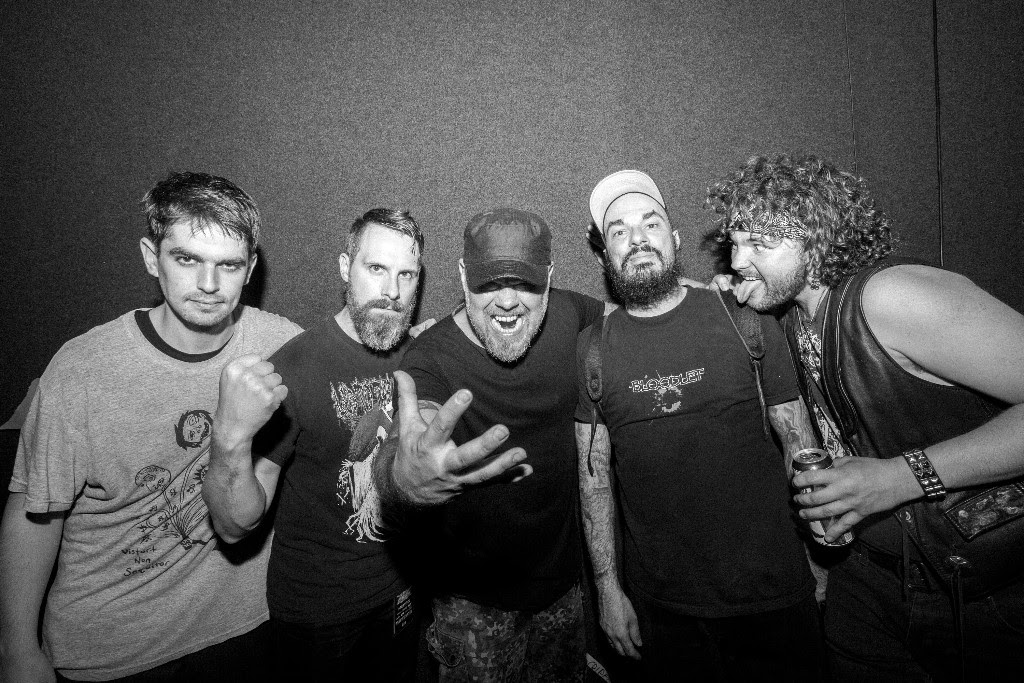 Integrity has just released their split EP with Krieg today. To celebrate the band has shared their cover of ‘Document One’ by G.I.S.M. They also kick off a new European tour tonight, with all dates on sale now. END_OF_DOCUMENT_TOKEN_TO_BE_REPLACED

For a metal fan, especially an underground metal fan with a cultured taste, Maryland Deathfest is the holy grail of music festivals. They are metal fans, so they understand metal fans. It has grown by leaps and bounds like a little cottage industry with California Deathfest, Quebec Deathfest, Netherlands Deathfest, Days of Darkness and more to come I’m sure. As I attended my first ever full weekend, I saw incredible bands on my bucket list, met a lot of great people from all over the world, hung out with friends and basically had more fun than I could imagine. It was basically summer camp for die-hard metal fans. No judgments, no fights, no fake kung fu in the mosh pit, just all awesomeness 24/7. Fun for families and even dogs. Plus Natty Bo’s and cheap and delicious street tacos! END_OF_DOCUMENT_TOKEN_TO_BE_REPLACED

A sea change seems to be afoot in the heavy music game. Young bands like Code Orange, Knocked Loose and now Nequient’s approach to the genre is to craft albums that pull from as wide a net of influences as possible and spinning that yarn into functional songs. On Wolves at the Door (Nefarious Industries) Nequient uses d-beat-laden Crust Punk as a framework, and stacks on Thrash, Grindcore, Hardcore, Sludge and Black Metal to create a collage of brutality. END_OF_DOCUMENT_TOKEN_TO_BE_REPLACED

Philadelphia, I love you! I just need to start out with that sentiment, because honestly, that was what was in my throat the entire weekend that I was down in Philly for Decibel’s Second Annual Metal and Beer Festival. I heard all the stories and the awesomeness that was last year with SLEEP and everything that came with it. I definitely had a case of FOMO, really bad. So I bused it down to Philly on a semi-spring feeling Friday and prepared for the good times to roll. Sadly due to work, I had to miss the pre-fest party show, with Midnight. Devastating, but you can’t win em all, or even some in this life. Anyway, the fest would more than deliver, and all those good feelings were gonna last from the second I got off the bus at Independence Hall until I left to go home on Monday. END_OF_DOCUMENT_TOKEN_TO_BE_REPLACED