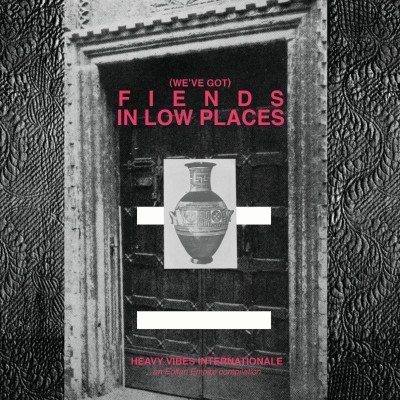 Listen to UK based Meadows’ “I Am Gobshite” here, and Finland’s Throat’s “Clean Cleaner” here.

(We’ve Got) FIENDS IN LOW PLACES is the sequel and companion compilation to the (We’ve Gotta) KEEP OUR HEADS: Heavy Vibes from Portland, Oregon, yet instead of focusing on Portland-based acts as with the label’s twenty-nine previous releases, FIENDS IN LOW PLACES marks a new low for the Eolian horde, as its contributions were culled from friends playing off-the-wall heavy music in overlapping scenes internationally.

Eolian Empire is streaming Meadows’ “I Am Gobshite”, from the (We’ve Got) FIENDS IN LOW PLACES: Heavy Vibes Internationale compilation, here.