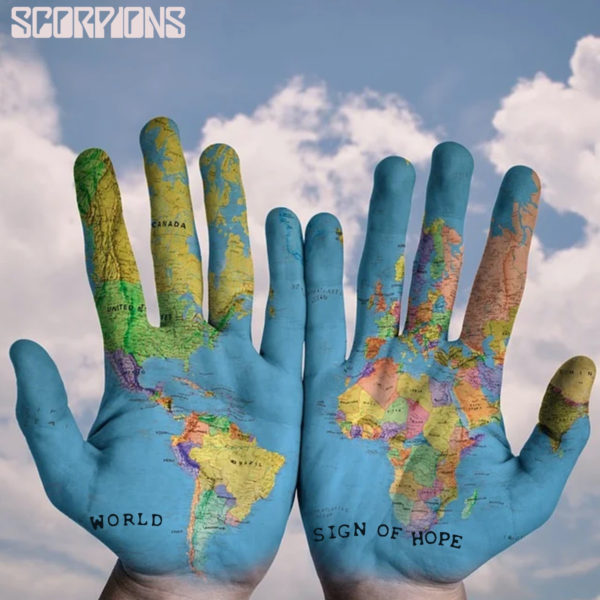 Long-running rockers Scorpions have shared a new song, a powerful ballad, ‘Sign of Hope’. Proceeds from the track will go to Musicares. Stream and download the song across all music retailers. The band is currently working on a new full-length album with more details tba. Celebrating their 55th year in music, they wrote the song during the recording sessions for their upcoming 19th album, in the studio with producer Greg Fidelman. Check out ‘Sign of Hope’ right now! END_OF_DOCUMENT_TOKEN_TO_BE_REPLACED 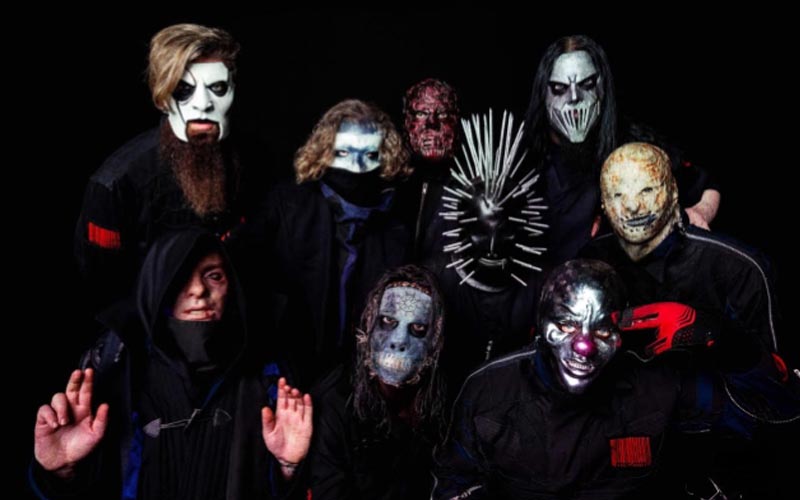 As expected Slipknot decimated Los Angeles as the band performed ‘Unsainted’ and ‘All Out Life’ live on Jimmy Kimmel Live! To a national broadcast audience last night (May 17th). The band played on the outdoor stage outside the studio to a packed standing-room crowd. Only ‘Unsainted’ aired during the program, which is taped in front of a live studio audience and produced by 12 05 AM Productions LLC in association with Jackhole Industries and ABC Studios. Slipknot’s sixth album, “We Are Not Your Kind”, which will be released on August 9 via Roadrunner Records. The song’s accompanying video was directed by the band’s own M. Shawn Crahan. We Are Not Your Kind was once again recorded at a Los Angeles studio with producer Greg Fidelman (Slayer, Metallica), who engineered and mixed Slipknot’s 2004 album Vol. 3: (The Subliminal Verses) and helmed 2014’s .5: The Gray Chapter. Watch the videos now! END_OF_DOCUMENT_TOKEN_TO_BE_REPLACED 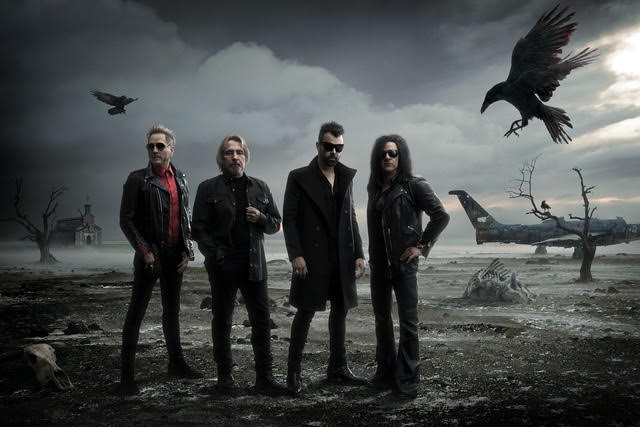 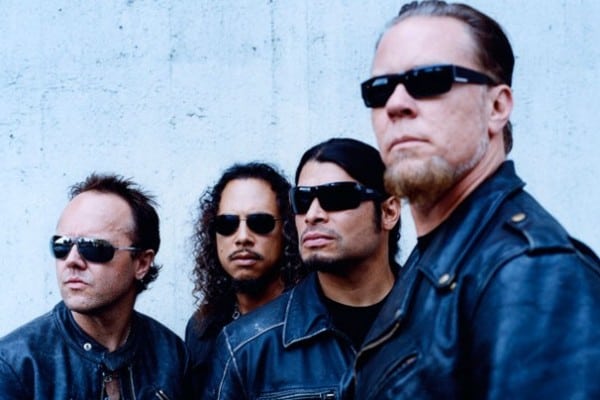 Giving Tuesday is the annual day following the consumer obsession of Black Friday that focuses on charity and supporting non-profits. It has been a year of giving back for Metallica with the formation of their All Within My Hands charity with concerts, donating proceed from shows at every show to a local charity, a day of services and all kinds of special auctions of merch. Now for Giving Tuesday Metallica is releasing their recent Helping Hands Benefit Concert, on limited-edition, 140g colored vinyl mixed by Greg Fidelman (Slayer). The Met Store is also releasing a limited-edition etched glass featuring the iconic Pushead artwork for “One,” as a glass etching available on Tuesday at 1 PM PST. Proceeds from the sale of both items will be donated directly to AWMH and will be used to support communities in need, primarily in the areas of workforce education and the fight against hunger. Please consider contributing to AWMH’s #GivingTuesday Facebook fundraiser at the links below.

END_OF_DOCUMENT_TOKEN_TO_BE_REPLACED 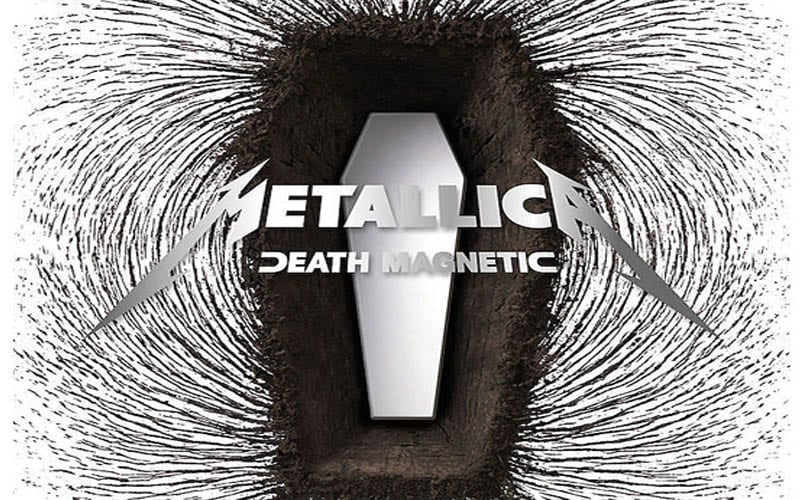 Being the biggest band the world has ever seen, both in the mind of fans and in terms of success is not all wine and roses. Metallica has taken their fair share of hits in the career from the fans and press at times, casting a fair but unflattering light. One such case is Death Magnetic (Warner/Vertigo), released ten years ago today, on September 12th, 2008. Although the album was considered a return to form musically after St. Anger, production issues sent diehards and haters alike into fits over the sound quality. END_OF_DOCUMENT_TOKEN_TO_BE_REPLACED 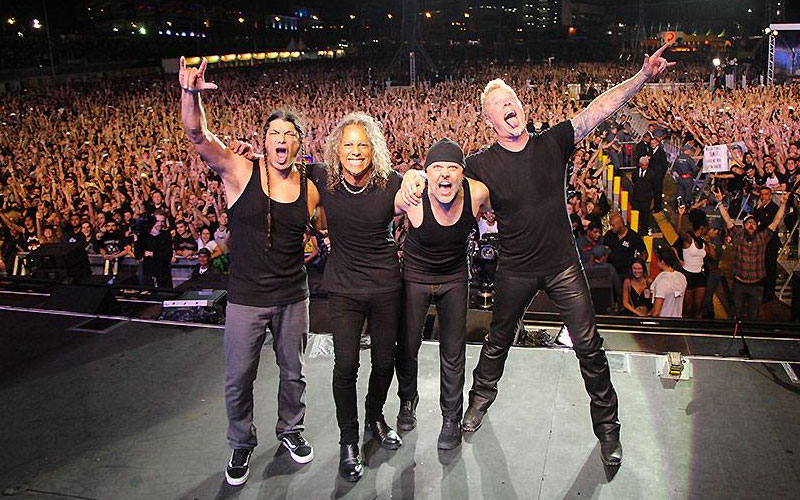 Metallica are gearing up for their first major US tour in six years on the WorldWired Tour! The band allowed bands on their tours of Central/South America, Copenhagen, and Mexico City. South American tour, and now they will allow US bands a chance to open for them on some of their dates with Avenged Sevenfold and Volbeat! END_OF_DOCUMENT_TOKEN_TO_BE_REPLACED

Ladies and gentlemen, the eight year wait for a new Metallica album is almost over. Hardwired…To Self-Destruct will be hitting stores on November 18th via Blackened Recordings, and although it took 2989 days to get here, the heavy metal icons are about to release their best record in over twenty years. END_OF_DOCUMENT_TOKEN_TO_BE_REPLACED 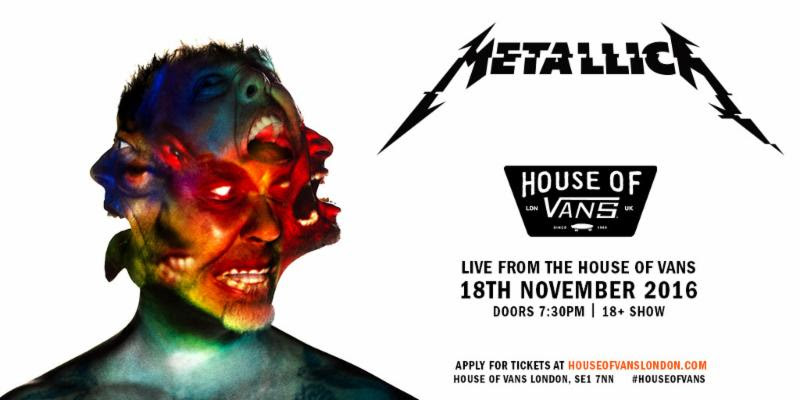 Anticipation is high as Metallica’s new album Hardwired… To Self-Destruct releases this Friday. The band had previously announced an exclusive performance/release party at London’s House of Vans. Now fans all over the world can live stream the event. END_OF_DOCUMENT_TOKEN_TO_BE_REPLACED 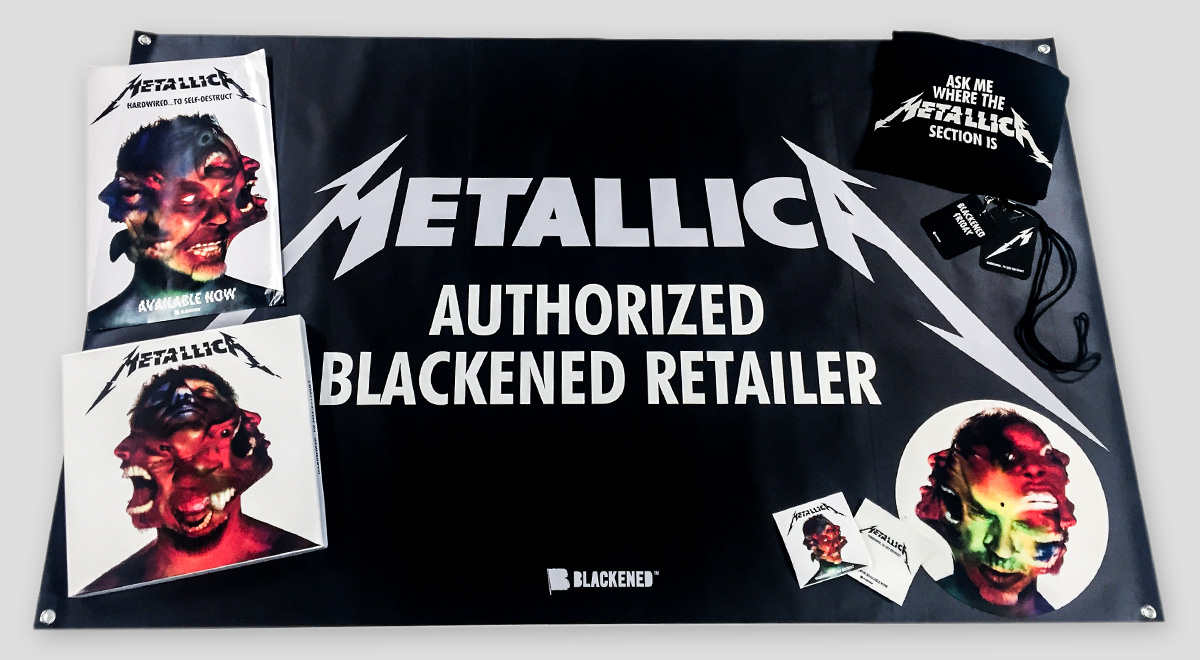 Metallica has announced they will celebrate the release of their forthcoming album Hardwired…To Self-Destruct with fans and independent record stores around the world as part of Blackened Friday. The band will lead a Midnight record sale for their new album at independent record stores all over the country. There is also a contest to be an Honorary Blackened Ambassador: END_OF_DOCUMENT_TOKEN_TO_BE_REPLACED