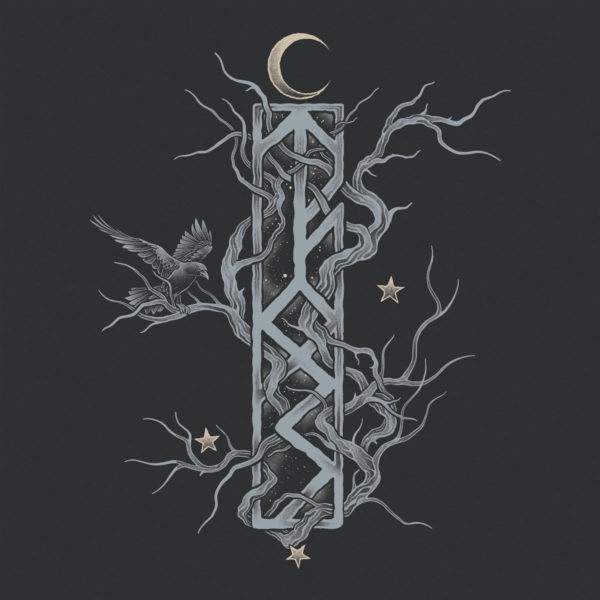 Colorado’s The Flight of Sleipnir has maintained a consistent but eclectic sound for nearly fifteen years, mixing Doom and Atmospheric Black Metal with elements of Folk and Prog Rock in a way that should sit well with fans of Agalloch. Their seventh album mostly adheres to this genre blend and boasts the fuller production that was last seen on 2017’s Skadi. However, Eventide (Eisenwald) manages to tweak the formula as those Blackened elements seem to be upfront than before.

END_OF_DOCUMENT_TOKEN_TO_BE_REPLACED 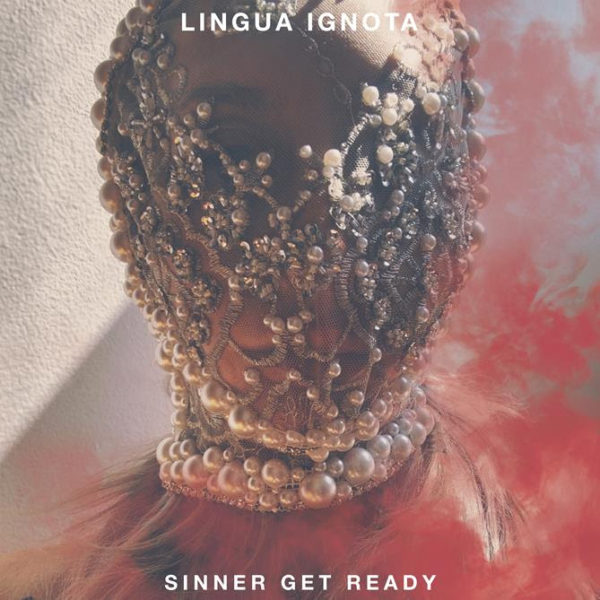 Lingua Ignota’s music has always come with a certain duality as her first three albums cycled through the harshest Industrial textures and the most arresting Neoclassical Darkwave. However, that duality has seemingly been phased out with the release of her fourth full-length, Sinner Get Ready (Sargent House). The walls of noise are considerably subdued in comparison to past outings and the vocals are devoid of screams and distortion, leaving the songs to be primarily driven by sparse piano and organs with layers of melismatic cleans.

END_OF_DOCUMENT_TOKEN_TO_BE_REPLACED 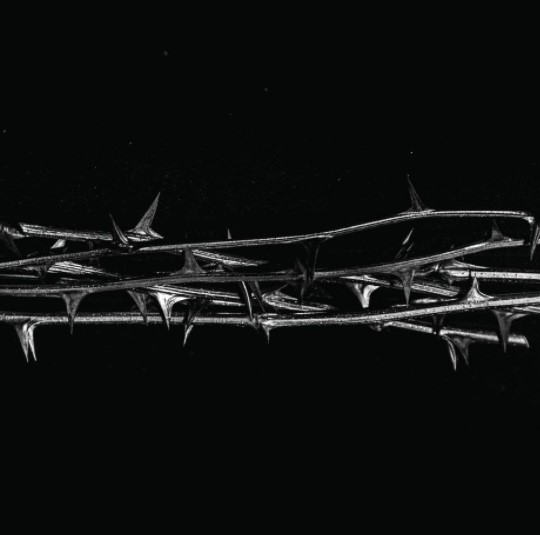 Long established as one of the greatest live acts on Earth, Amenra has also always had great, purposeful albums with heady concepts. Following their Mass titled albums I through VI, released over fourteen years, the band has rebirthed itself into a new final form. De Doorn begins their association with the mighty Relapse Records, continuously the arbiter of good taste for extreme music. From epic post-Metal, pastoral Folk motifs, moody post-Rock moments, to wicked eruptions of pain and grief stricken movements; Amenra’s music simultaneously feeds the brain and soul.

END_OF_DOCUMENT_TOKEN_TO_BE_REPLACED 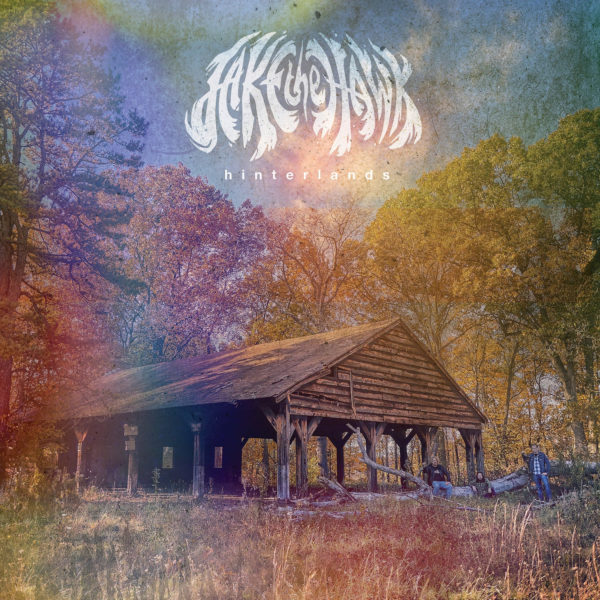 At first, Jakethehawk’s second album closely adheres to the relentless wave of Stoner Doom. But while Hinterlands (Ripple Music) is rife with the heavy riffs and spaced-out psychedelia typical in the genre, it reveals a deep pool of influences that include Prog Rock, Shoegaze, Alternative, Folk, and a bit of Southern Rock among other tastes. The results are similar to the eclectic blend seen on Fostermother’s 2020 debut, though with a dramatic scope more in line with the likes of Howling Giant or Sergeant Thunderhoof.

END_OF_DOCUMENT_TOKEN_TO_BE_REPLACED

Having established a successful collaboration with 2020″s May Our Chambers Be Full (Sacred Bones Records, review here), Thou & Emma Ruth Rundle flesh things out further with The Helm Of Sorrow (Sacred Bones Records). The four songs on this EP are more or less cut from the same cloth. A blend of Sludge, Grunge, and Shoegaze serves as a stylistic backdrop for the dynamic synthesis and occasional clashes between Rundle’s harrowing restraint and Thou’s distorted violence.

END_OF_DOCUMENT_TOKEN_TO_BE_REPLACED 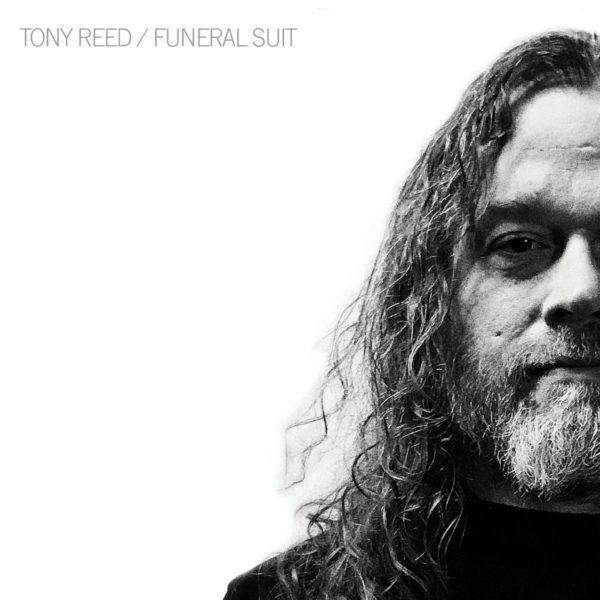 Tony Reed has certainly kept busy in 2020. In addition to putting out new releases with Big Scenic Nowhere and Mos Generator and unearthing old material with Constance Tomb, he’s also found the time to issue the first proper album under his own name. The second release in Ripple Music’s Blood And Strings series, Funeral Suit is a decidedly stripped-down affair with often minimalist instrumentation and a Folk backdrop. It’s already a well-worn set up with so many musicians trying their hand at it these days, but Reed always finds a way to apply his signature stamp to a given style.

END_OF_DOCUMENT_TOKEN_TO_BE_REPLACED 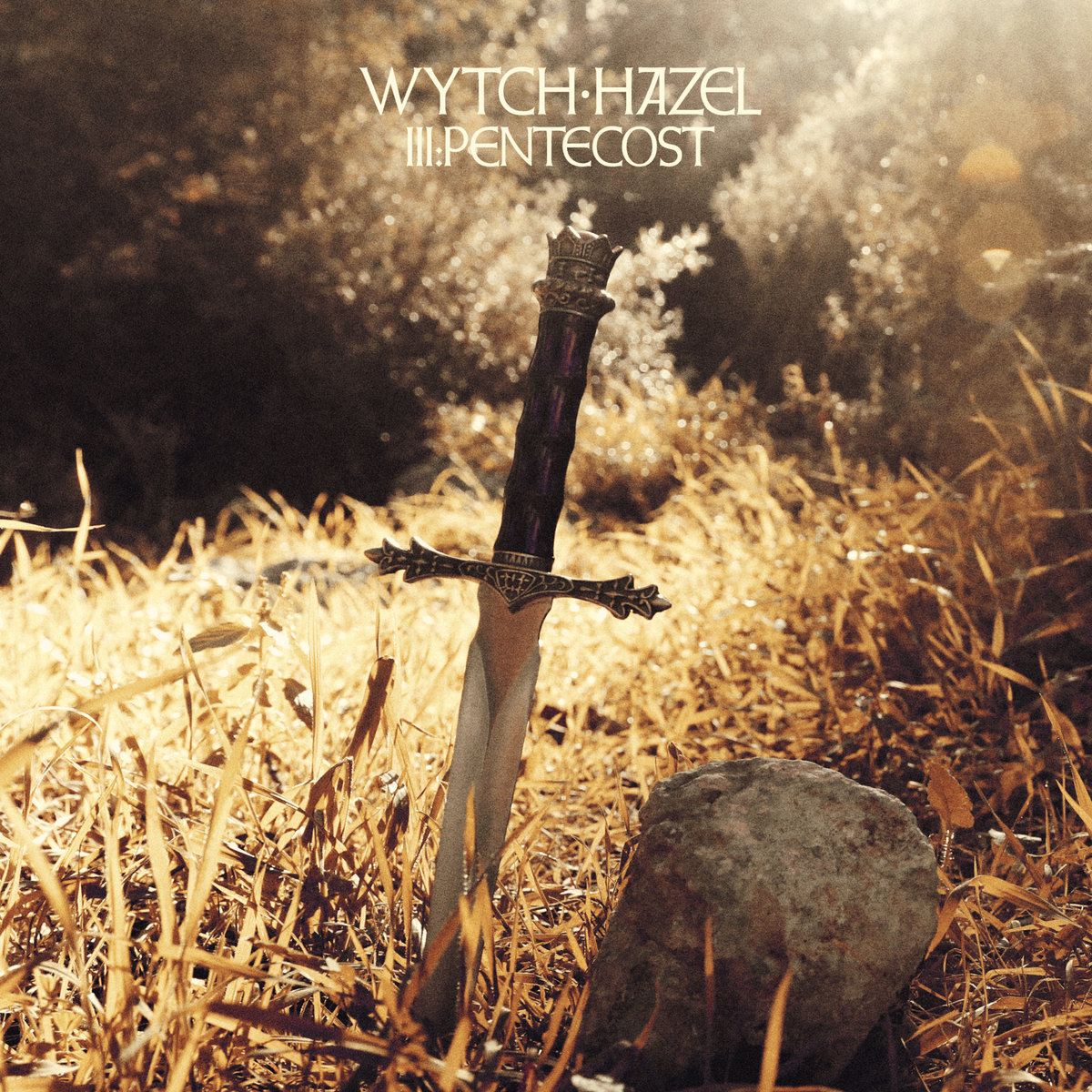 With Wytch Hazel having established their style right from their 2011 formation, each of their releases has mostly been a matter of fine-tuning and making tweaks to their Hard Rock vision. The band’s third full-length album is no exception as it delivers its signature blend of Celtic melodies and spiritual lyrics with brazen positivity. Past efforts have been enjoyable in their own right but III: Pentecost (Bad Omen Records) may be the strongest execution of the formula so far. END_OF_DOCUMENT_TOKEN_TO_BE_REPLACED 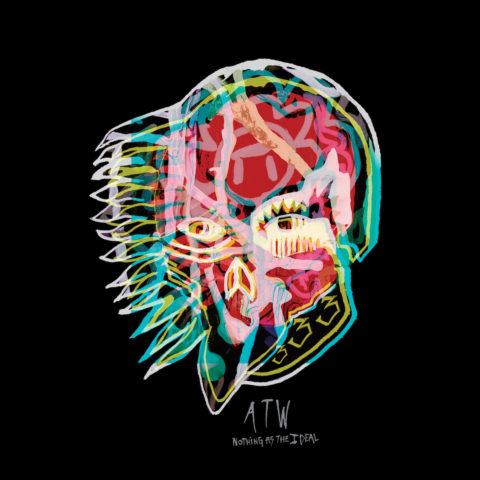 With All Them Witches recently becoming a power trio after five albums as a quartet, it’s easy to imagine that their sixth full-length would reflect a changed dynamic. But for the most part, the Nashvillians’ vision is largely undeterred on Nothing As The Ideal (New West Records). The overall runtime may be the band’s shortest to date at only forty-three minutes long, but their signature mix of Fuzz Blues, Americana, and tripped out ambiance allows for plenty of exploration. Not much has changed on the surface but there are certainly ways to show off the more straightforward approach.

END_OF_DOCUMENT_TOKEN_TO_BE_REPLACED 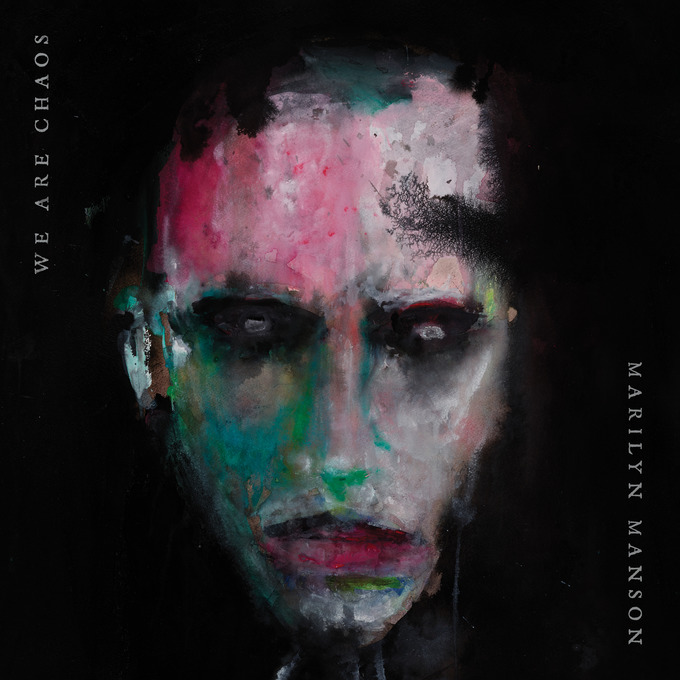 (Editor’s note: we are aware of this ongoing story which presumes to be about Marilyn Manson, although he is never named. We are still tracking this story at press time.)

Twenty-five years plus into his career, Marilyn Manson continues to be an enigma, wrapped tight inside a riddle, not wishing to be fully known. By never making the same album twice with his namesake band, he continues to defy expectations, and be equally loved and hated. While his early albums are masterworks that others from the 1990s would kill to rest their reputations on. However, as the rockstar gains on years and gets further away from his early years, he has transformed into a much more interesting character than when he was freaking out pastors and scarring moms and dads.

END_OF_DOCUMENT_TOKEN_TO_BE_REPLACED 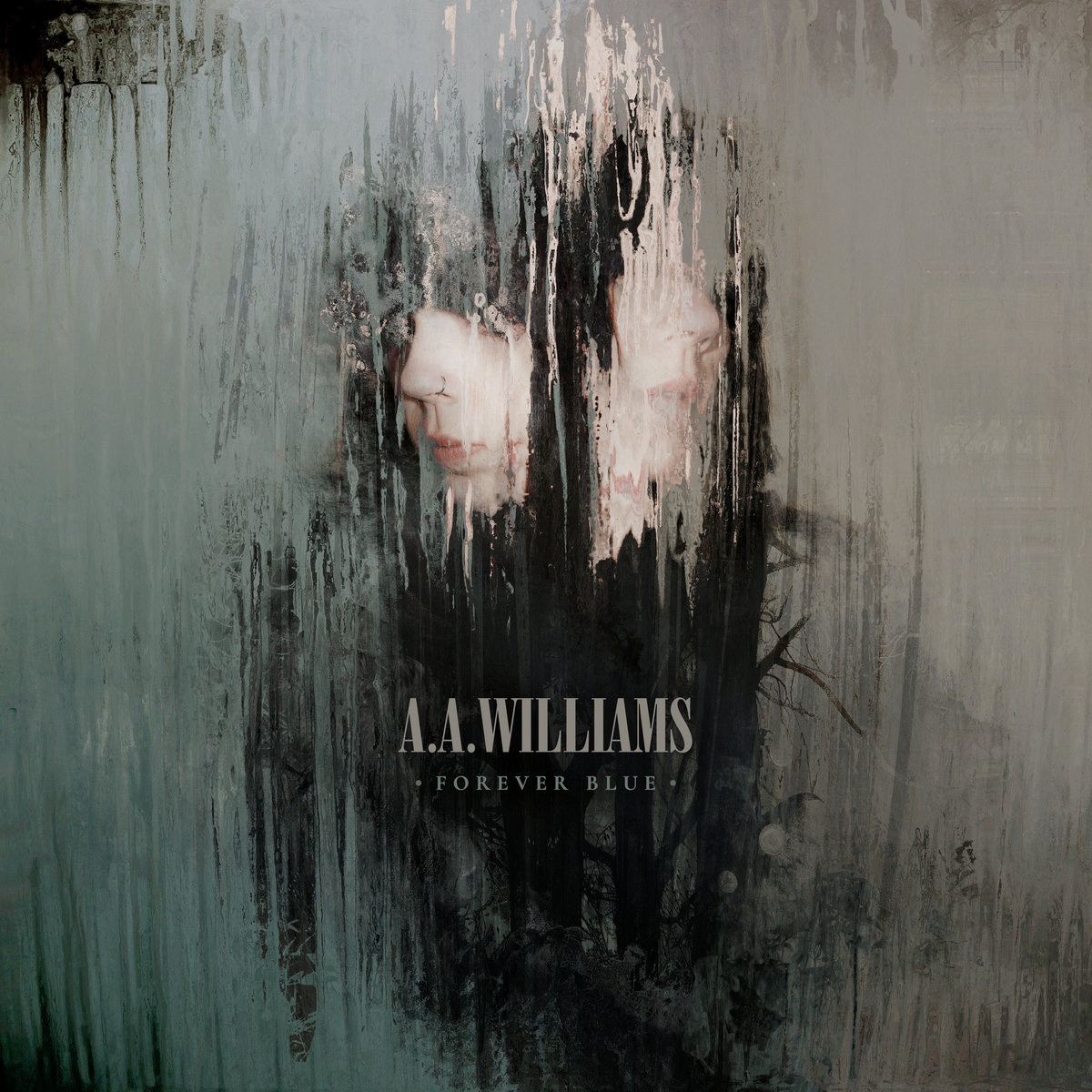 It is easy to forget that Forever Blue is the debut album from AA Williams, such is the level of status she has already acquired since first taking to the stage only last year. In the meantime, she has garnered a huge amount of critical acclaim, released a self-titled EP, and collaborated with Mono before releasing Forever Blue.