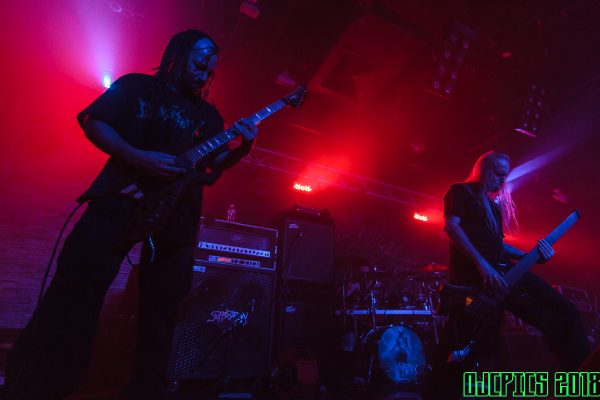 Maryland Deathfest organizers postponed this year’s festival. They have just announced new dates for 2021 (May 27-30, 2021) and revealed that almost the full 2020 lineup will play. The new dates for MDF XVIII are May 27-30, 2021. Also, take a look at our massive recap and photo set from MDF 2019 by Hillarie Jason. END_OF_DOCUMENT_TOKEN_TO_BE_REPLACED 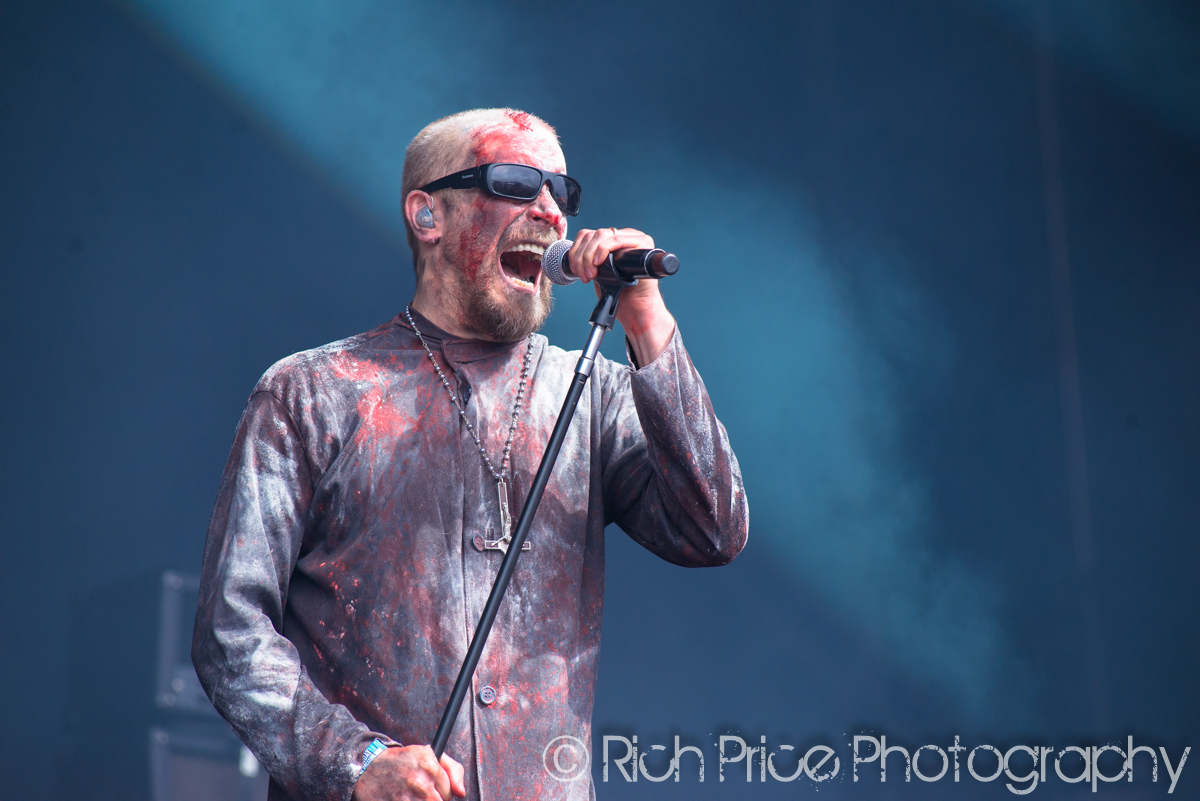 Right on the heels of another incredible Maryland Deathfest, MDF 2020 has announced its first spate of dope bands! Dismember, Monstrosity, Onslaught, Necrophobic, Demilich, Acid Witch and many more are set for the eighteenth edition of the fest, taking place at Rams’ Head Live and Baltimore Soundstage. Check out the announcement and the full list of bands so far below. Also, take a look at our massive recap and photo set from MDF 2019 by Hillarie Jason. END_OF_DOCUMENT_TOKEN_TO_BE_REPLACED

Roadburn Festival has added Minsk, Mount Salem and Worm Ouroboros to their lineup for Thursday, April 9, 2015 at the 013. Goatwhore, Downfall of Gaia, Cortez, Fister and Moloch have been added at Cul de Sac.

However, Lord Mantis will no longer be performing and Fistula will be taking their place on April 11, 2015.

Curated by Ivar Bjørnson (Enslaved) and Wardruna‘s Einar “Kvitrafn” Selvik, Roadburn Festival 2015 (including Fields of the Nephilim, Anathema, Skuggsjá, Enslaved, Wardruna, Claudio Simonetti’s Goblin performing Dawn of The Dead and Susperia in its entirety, Zombi, Sólstafir, White Hills, Bongipper, Floor, Eyehategod and The Heads as Artist In Residence among others) will run from Thursday, April 9 to Sunday, April 12, 2015 at the 013 venue in Tilburg, The Netherlands. 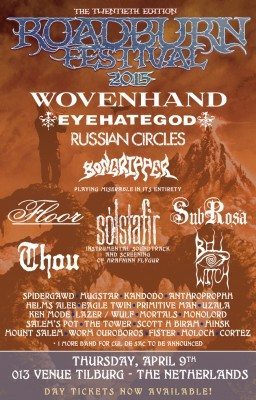 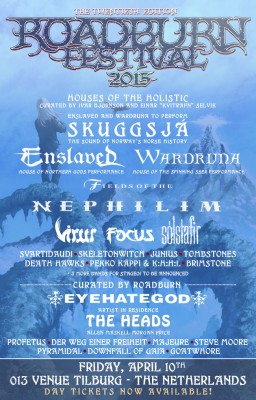 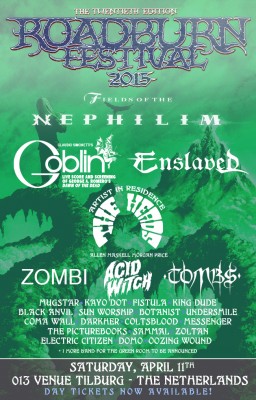 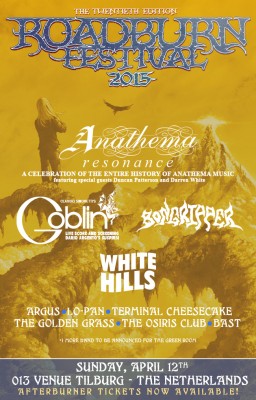 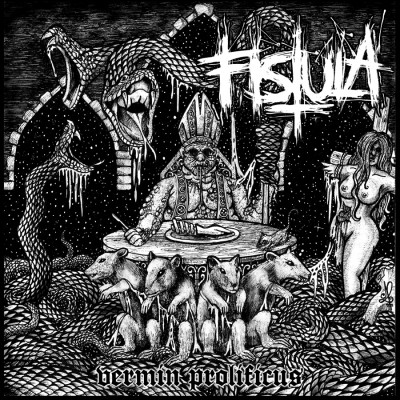 The opening lazy riff and bass line of Vermin Prolificus (PATAC), the sixth album from Ohio scuzzbuckets Fistula, is so volumed up that the resonance is staggering, and is probably the lowest and heaviest rumble I’ve heard since Ramesses departed our world. It’s typically bloody nasty this, despite guitarist Corey Bing being the only remaining member from their last effort six years ago. New vocalist Dan Harrington possesses a largely guttural scream which drives opener ‘Smoke, Cat Hair and Toenails’, the message of which is forced home by an overabundance of archive recordings, including an apparently televised drugs intervention which reappears throughout.

The ensuing ‘Harmful Situation’ is grind-like punk, one of a few short and snappy moments slightly belying the sludge tag but remaining heavy and very hostile. There’s a certain dangerous irresponsibility at times with the glut of sound-bites at the head of ‘Pig Funeral’ also serving a purpose: to paint a purulent, diseased message of police hatred and murder, and lay the path for a tune that would doubtless gratify any number of cop-murdering scumbags festering behind their iron bars. Frustratingly, the track itself is a largely glorious wade through a thick, fizzing morass, picking up pace in the last third to a filthy grind diatribe dripping in grimy goop. It will have you squirming in your seat or screaming bloody revolution, depending on your point of view.

Given the seemingly puerile messages here it’s easy to dismiss this mob as sensationalist noise makers but there’s more substance beneath the shocking veneer. The brief ‘Upside Down’ displays the usual genre mantra of “Hell is other people” and is played with a real menace, but there’s a sense of pity that stirs as well as unsettles. The title track, a rumbling, oozing undercurrent, picks up on that intervention amid other narcotic messages, and the samples are often so full of despair that the band’s intent is somewhat inscrutable.

Whatever the intent, through sound alone this is an uneasy yet captivating listen, full of disgustingly dirty throbbing noise and malevolence, and despite that reliance on sound-bites, it demands your attention.

I’ve only been to the President’s Rock Club thrice, and I can already say this venue has seen a lot of hilarious shit go down between patrons who are too drunk to care that they’re too crazy to be allowed outside. And Quincy is such a sketchy (read: down-to-earth) place that one could (and did) spark up a fat blunt in front of the door. I met with Rob Williams, (in)famous for his drum talents in foundational Weymouth fastcore crew Siege (83-85), and will forever remain in my mind the guy who was swinging like an enraged welterweight during Fistula.

Now may be a great time to mention that aside from The Confrontation, there was no other band that I had heard anything from that I 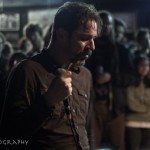 had enjoyed. Fistula were surprisingly okay, but since local sludge bands aren’t normally my bag (sorry, Grief), I just had to make do and bear, and also avoid being moshed upon. They were kind enough, however, to follow Buzzov*en’s example and throw in some fast hardcore sections, so it was like a calming salve on a festering heroin needle wound.

So the main reason why I showed up was Eyehategod, and understandably, just about the entire audience was zooted in some way shape or form. It was painfully apparent who wasn’t by a complex equation factoring in how close they were standing to the band and how bored they still managed to look even though they were knee deep in ignorance. Mike IX Williams‘ first words to the crowd were, and I quote: “I’m fuckin’ loaded”. 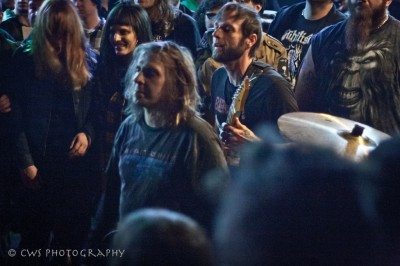 A.A. isn’t for everyone, see. So after making it plain that he hated the fact that there was “football on the thing” (a crowd member said Eyehatesports, ha), the band revved up the trademark ear-piercing feedback that whines miserably with the genre, and instantly a pit formed. Several minutes of this passed, and though pictures fail to capture how Williams truly appeared before the crowd, it was highly evocative of the image of a voodoo swamp priest on the outskirts of their hometown of NOLA, mixing up a foul concoction, awash in his own filth and spilled vodka, preparing for a ritual of bloodletting, sexual deviancy, and foul language. Joey LaCaze (RIP) should have been here to witness this spectacle of brutality and scoffed in the face of sobriety with a building full of people who reconstituted liquor for blood.

Oh, how beautiful the words ‘White Nigger’ sounded on Williams’ foul tongue, and how frighteningly evil the guitars crunched and trudged through murky breakdowns and soggy blues-made-metal riffs, as the bass intros for ‘Shop Lift’, the ‘Sister Fucker’ duology, ‘Dixie Whiskey’, and a lot of other steaming, similarly fetid and feral creations for people who hate music with an ear for music sometimes. If The Melvins were Satanic instead of silly, this would be them. All that separates us from becoming animals is a thin veil of strong, cheap alcohol, recreational drugs, boredom, and ‘Six Pack’ by Black Flag.