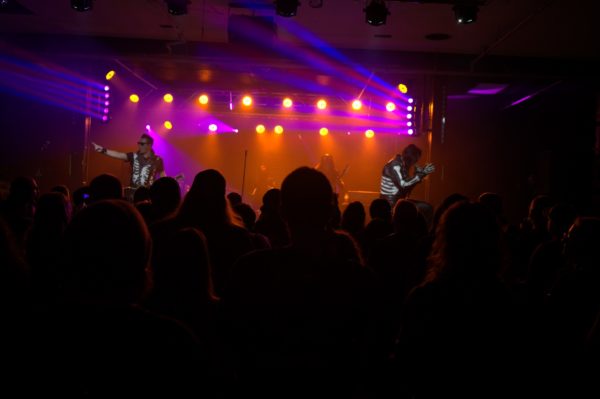 The anticipation of the crowd was building for the show to begin. This was the moment they had patiently waited for. The final show of the run for The 69 Eyes, Wednesday 13, Sumo Cyco, and special guests the Suicide Puppets would happen here at the Reverb in Reading, PA. END_OF_DOCUMENT_TOKEN_TO_BE_REPLACED 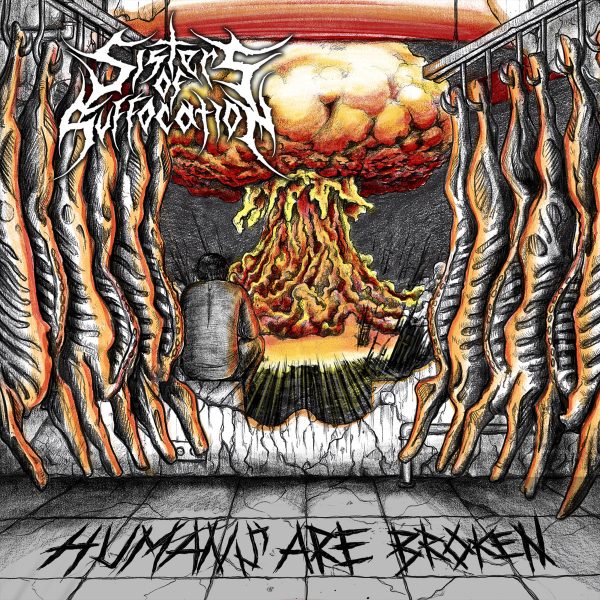 The Dutch Death Metal act, Sisters Of Suffocation stirred the scene when they released their EP, Brutal Queen (Hammerheart Records) back in 2014. Young and female, SoS was determined to defy stereotypes by making their sound ruthless and unique. Their sophomore album, Humans Are Broken (Napalm Records) continues to carry this conviction and delivers something rather riveting. END_OF_DOCUMENT_TOKEN_TO_BE_REPLACED 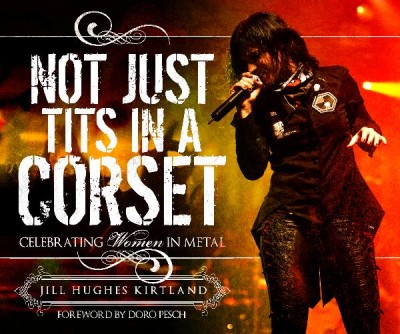 Women in heavy music is a polarizing topic, steeped in sexism and fraught with concepts of ability, power and entitlement. For female musicians who love their music hard, not much has changed since the 70’s when certain brave women cranked their amps to 11 and dared to rock a stage. There may be more female musicians in bands nowadays, but it takes more than numbers to establish true progress. There have been articles, books and blogs written about it, so does Not Just Tits in a Corset by writer/photographer Jill Hughes Kirtland break any new ground?

Well, not really. However, what Kirtland has done was put together a comprehensive book celebrating the past and present women of Metal, and letting them tell their stories as opposed to the author voicing her views with trite comments from the musicians thrown in. It is a good read, and it was great that she not only mentioned and interviewed famous Metal women such as Cristina Scabbia and Angela Gossow, but that she dug a little deeper, featuring unsung heroines such as Addie Lee of Fanny, Betsy Bitch of Bitch, and Linda McDonald of Phantom Blue/Iron Maidens. It is structured in a linear way, from The Runaways and Fanny in the 70’s, through the 80’s with the California scenes and to the Hard Rock/Metal Queens of today. Throughout, the song sadly remains the same then as now – incredible highs of success, camaraderie, male support and total control of the music and image, to the lows of sexism, disrespect, and dismissive attitudes. Kirtland never loses sight of keeping things positive overall, focusing on how these women have persevered and remained true to their calling. It had to be a tough balance for Kirtland in trying to create a layout and flow that was eye-catching and easy to read, but still had journalistic integrity. There are times when artists are mentioned in a cursory manner, but that is tempered by powerful statements from several women who have been in the trenches. The Table of Contents’ many exclamation points screams “tabloid” and initially raises some doubts about how serious this book could be taken, but then her heart-felt preface dials it back to why the screaming is necessary – to be heard and to be taken seriously – by those who refuse to pay attention and acknowledge woman’s presence in this scene as musicians, writers, managers, label-owners, promoters, photographers, etc. I also commend Kirtland for not only focusing on the female Metal singers, but also reminding readers that many women are actually instrumentalists in the band, interviewing such as hard-hitting drummers as Justine Ethier (Blackguard) and Roxy Patrucci (Vixen). There are certain notable hard rockin’ women that are not mentioned at all (no Heart? No Skin from Skunk Anansie? No Ice Age?), but that just shows how many women were and are out there in Hard Rock/Metal doing their thing!

The mighty Doro Pesch does the preface and is further featured in the book. This is totally fitting, and I feel that if there was one woman who embodies the enduring spirit of Metal, it is her. There are many great pictures of the artists, making the book better for your coffee table than on a shelf. Not Just Tits in a Corset may not leave the reader feeling any better (or different) about how women in Metal are viewed and treated, but it will leave a sense of pride, positivity and empowerment while turning one on to artists they may not have heard of before. A satisfying blend of history, commentary, pictures and styles, this is a book that is a must-read for every Metalhead worth her – and his – salt.