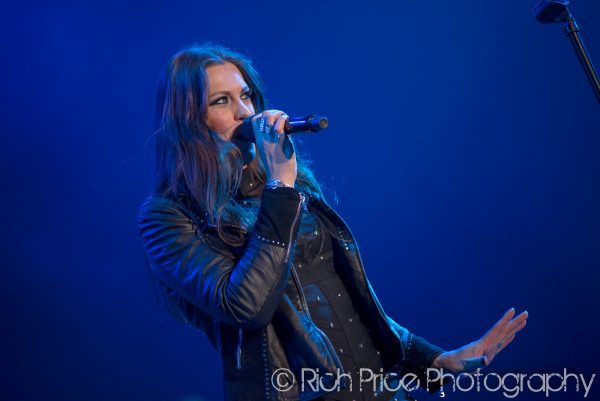 Nightwish singer Floor Jansen has recorded a cover of pervasive pop culture song “Let It Go” from the Disney kids movie Frozen. The track is a favorite of little children everywhere, including Jansen’s three-and-a-half-year-old daughter Freja. The music for Floor’s version of “Let It Go” was laid down by Oscar Fläring from the band The Fouxes. Released in 2013, the original version of “Let It Go” was written by husband-wife songwriter duo Kristen Anderson-Lopez and Robert Lopez. The song peaked at No. 5 on the Billboard Hot 100 chart and won both an Academy Award and Grammy Award in 2014 and 2015, respectively. END_OF_DOCUMENT_TOKEN_TO_BE_REPLACED 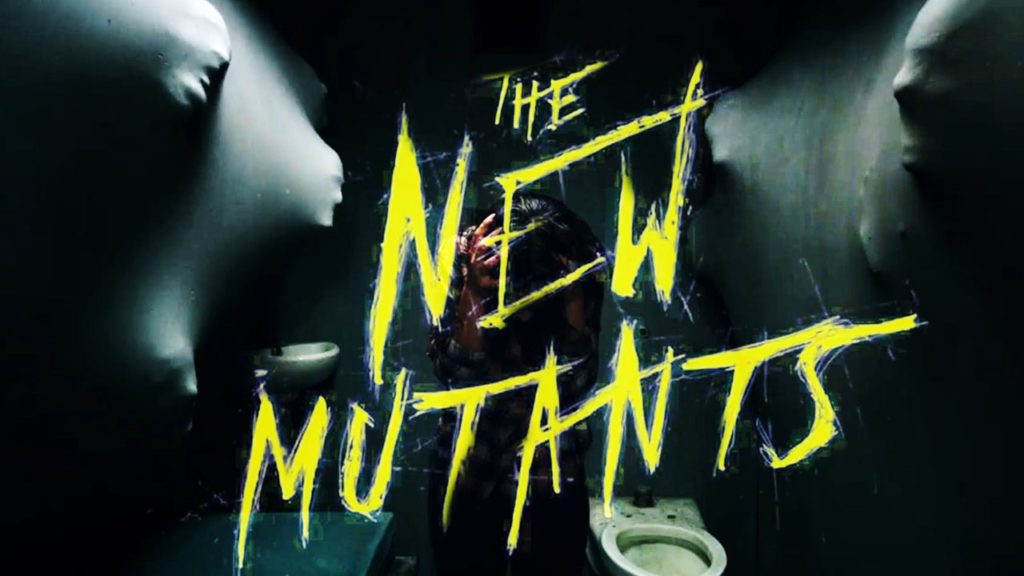 The long in the works movie The New Mutants has a brand new trailer! The clip to the superhero – horror flick features footage from the film is set to Pink Floyd’s classic track “Another Brick In The Wall Pt.II”, which is celebrating forty years since its release as a single this week. Directed by Josh Boone and starring Maisie Williams, Anya Taylor-Joy, Charlie Heaton, Alice Braga, Blu Hunt, Henry Zaga, the film, due for release on April 3rd, is that final film to be released under to 20th Century Fox banner since the studio was sold to Disney. END_OF_DOCUMENT_TOKEN_TO_BE_REPLACED 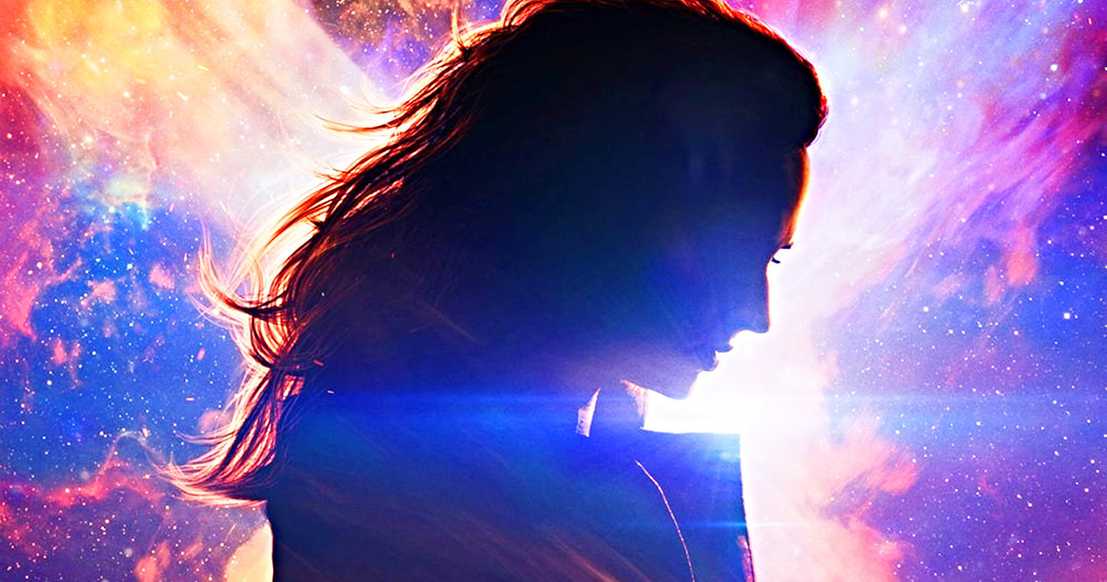 The final film in the new X-Men Trilogy, X-Men Dark Phoenix is coming out next June (new date). The film directed by Simon Kinberg and starring Sophie Turner (Sansa Stark on Game Of Thrones) just dropped the exciting trailer for the film featured The Doors classic ‘The End’. The choice of the track is fitting, as this is the last film in the series and will likely be the final film in the Fox studios hero movies since Disney will have the future rights to the franchise, and likely to reboot it. END_OF_DOCUMENT_TOKEN_TO_BE_REPLACED

With previous vocalist Roy Khan firmly in their rearview mirror (the band’s former singer himself recently announcing a return to the music scene in a solo capacity after a break of seven years), Floridian Power Metal act Kamelot keep to their tried and trusted formula for latest release The Shadow Theory (Napalm). As well as being the band’s twelfth full-length studio album, their third with Swedish frontman Tommy Karevik, this release also marks the end of the line for long-serving drummer Casey Grillo, who left in February. END_OF_DOCUMENT_TOKEN_TO_BE_REPLACED 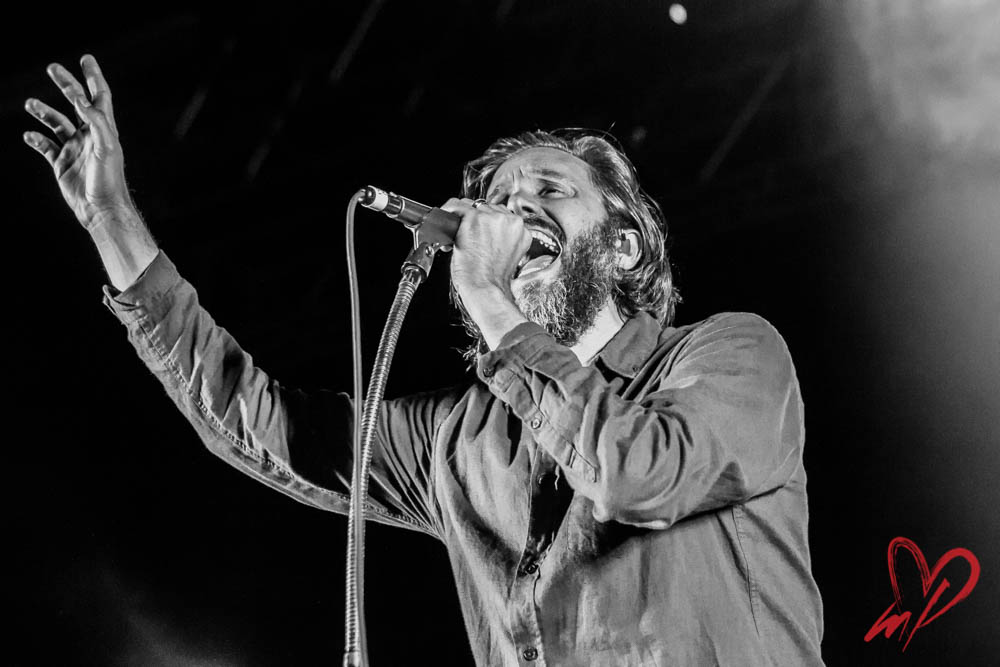 Leprous, the opening act at the House of Blues, Anaheim, sure had mine with lead singer and keyboardist Einar Solberg’s crowd wooing; his Iron Maiden/Radiohead-esque harmonic vocals emanating from the stage. It felt like the band was performing a personal score to the movie of my life. END_OF_DOCUMENT_TOKEN_TO_BE_REPLACED 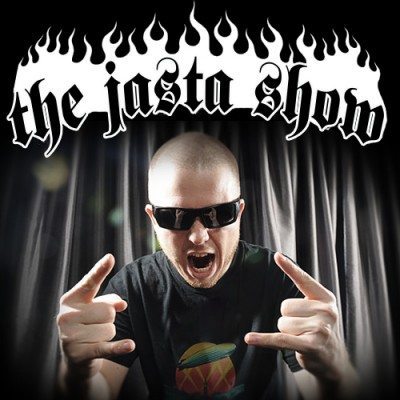 Robb Flynn, frontman of Machine Head is the latest guest of The Jasta Show Podcast hosted by Jamey Jasta. Among the topics discussed were a brand new song the band is releasing soon, ‘Is There Anybody Out There’, based on the Paris Terror attacks and the American reaction to them. Other topics were feuds with other bands, touring costs, and the marketability of metal music and its fans compared to pop and rap music. 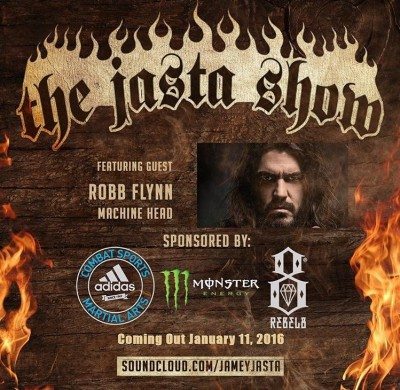 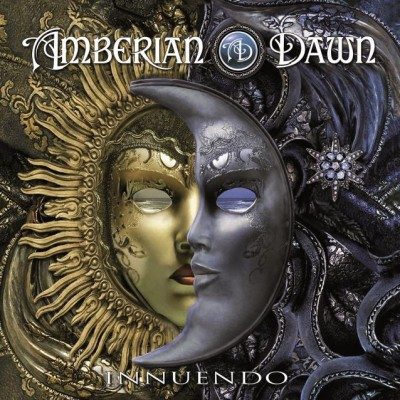 While it may be harsh to put it so bluntly, Finnish metal act Amberian Dawn, to all intents and purposes, spent the first four albums of their recorded lives fannying around with varying levels of success playing pretty generic symphonic metal with all the requisite frippery. Though competent, they walked in Nightwish’s long shadow.

Yet last year, seeds of individuality began to truly blossom, as, with the induction of new vocalist, pop artist Capri, their enchanting fifth album Magic Forest (Napalm) brought together the symphonic, the musicale and the downright ABBA. An endearing album, it serves as the power metal equivalent of the Disney film Enchanted, a mix of fairy tales and mild peril interwoven with upbeat earworms that saw Amberian Dawn begin to truly define themselves for the first time.

Facing that all too prevalent a dilemma, to stick or twist, to super-size the formula, or take a darker turn on it, Amberian Dawn have chosen to return to their previous, more “serious”, musical theatre roots; leaving the joyful jigs and uplifting arias behind, symbolized on the album cover by the moon overlapping the sun. As they embrace the more considered approach of the likes of Kamelot it’s hard not to feel a sense of disappointment as they dive back once again into a pool filled with similar fish, no longer mermaid or something a little sparkly or different; baby, or at least childish individuality, particularly during drab synth-overloaded ballad ‘Angelique’, pretty much discarded along with the bathwater.

Innuendo (Napalm) is, though, expertly constructed “serious” power metal, with Dark Passion Play (Spinefarm/Nuclear Blast/Roadrunner), a strong reference point. But that sense of cheekiness, naïvety and fun has been replaced, like the child who acts much older than their years, by interring the one thing they should treasure most. The strong ABBA influences they’ve tried hard to bury are allowed only on track eight, ‘Knock Knock, Who’s There’, to escape the restraints of the rest of the albums cloying maturity to play freely.

Never growing up didn’t do Peter Pan any harm… 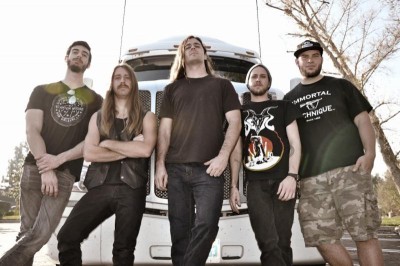 Apparently in the fine tradition the Disney owned House of Blues has maintained, Warbringer has joined the list of bands who have been banned from playing there.

“So a special announcement from the folks at Disney Inc,
Warbringer has been banned from the show with Meshuggah on April 13th at the House of Blues Anaheim.
The show will proceed but we won’t be on it. Our band name/image/lyrical content are somehow objectionable to proper Disney image and family values. We are not told of specifically why.
We will still appear the following day at the San Diego House of Blues as Disney has nothing to do with that one.
As the person who wrote all our lyrics, I’m not sure how anything I’ve written is worse than:
-the goose-stepping Nazi hyenas from Scar’s song in the lion king
-the racist crows in Dumbo
-Bambi in general (“Mom! Nooo!)
Remember everyone, censorship blows. Hope to see you guys’ support at the Whisky April 30th.
-Kevill“

So a special announcement from the folks at Disney Inc,Warbringer has been banned from the show with Meshuggah on April… 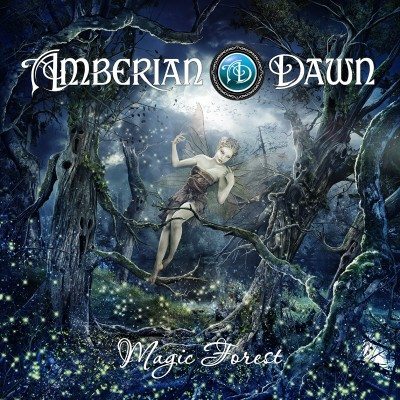 It would be fair to say Amberian Dawn is not necessarily the first, or possibly even the fifth or sixth name, you’d think of when throwing the term “Symphonic Power Metal” about (or powerful, melodic metal with classical female vocals, as the band prefer to be described). Their career has flown well and truly under the radar, releasing to date a solid if unspectacular back catalogue with former singer Heidi Parviainen, and the Finnish troupe have yet to have that breakthrough album, or step up in class. A shuffling of the pack has seen the band reunite with several of its former line-up, and bring in the classically trained Päivi “Capri” Virkkunen take over the vocals and lyric writing, and both moves have strengthened their hand significantly.

Capri carries a strong, saccharine voice, reminiscent of Anette Olzen, and due to the Doctor Parnassus feel of some of their songs, the Nightwish comparisons that have plagued Amberian Dawn over the years are reinforced at times, both in excellent ‘Son of Rainbow’, and the title track with its dancing Labyrinth (the film) texture. Alongside this ‘Dance of Life’, with its memorable keyboard and guitar patterns, recalls Within Temptation.

Magic Forest in and of itself won’t catapult Amberian Dawn to stardom, but it should move them several rungs up the ladder to being a band worth paying some attention to what happens next. Now they’ve found a sound that combines Disney, Phantom of the Opera and symphonic power metal, they are finally finding their niche and developing the playful enchanted touches that give them a more distinctive and interesting sound. Push and develop their cinematic side and it might not be too late for Amberian Dawn to make a name for themselves.