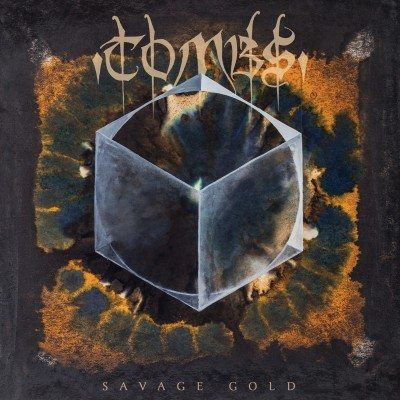 Dealing with themes as diverse as suicide and alchemy, Savage Gold (Relapse Records) the third album from Brooklyn quartet Tombs is certainly no easy listen. Since their debut release Winter Hours in 2009, the band have attempted to show just how black and post-metal should go together and in a sea of second rate poseurs have once again stood head and shoulders above the competition, for Savage Gold is a triumph in visceral aggression and brooding atmospherics.

Aided by death metal maestro Erik Rutan’s cast-iron production job, the ten songs on display here are reminiscent of sturdy cables pulsing with a malign electric current. The riffs are taut, poised and prone to cause a severe shock to anyone of an unwary persuasion getting too close. Beginning with the lethal tremolo picking of ‘Thanatos’, which could skin an elephant at 50 paces, the intensity barely lets up until the sparse, post-apocalyptic vibes of ‘Severed Lives’ which chills with its images of a ruined, burning earth. If that wasn’t creepy enough however, the futility of suicide is explored via the dour spoken word, clanking bass and dissonant melodies of ‘Deathtripper’, one of the bleakest songs you will ever experience.

There are a few surprises on offer however as the clinical, racing thrash workout of ‘Edge of Darkness’ demonstrates, although the otherworldly, swirling melodies soon take things back into the realm of the weird with the twisted, atonal mess and brutal percussive assault of closing track ‘Spiral’ summing up the harrowing journey we have just experienced.

While undoubtedly the vehicle of guitarist/vocalist Mike Hill, a true dark visionary, the other members excel themselves throughout, ensuring Tombs sound like consummate professionals united by a common aim; to drag you down into the darkness and leave you begging for more. 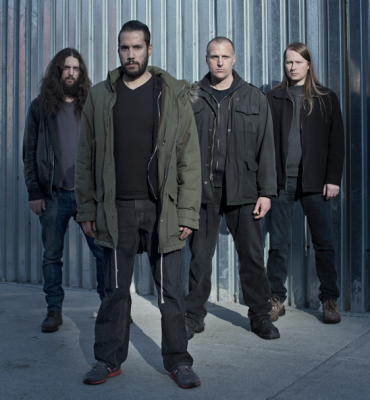