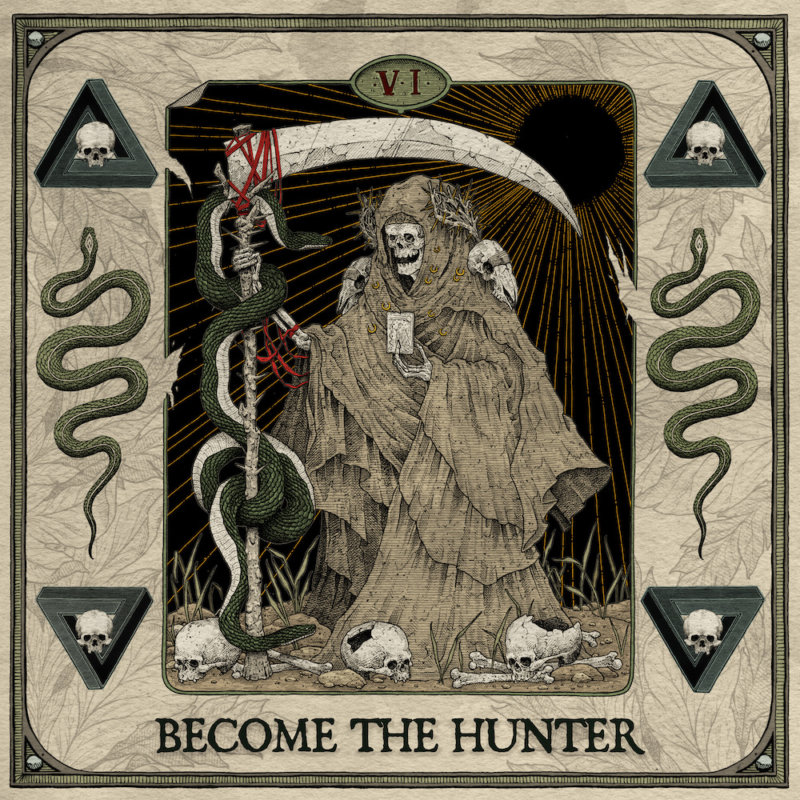 Ah, the long-vaunted return to Deathcore form for Suicide Silence. Or is it? I’m sure the cynics and naysayers have already written off Become the Hunter (Nuclear Blast) as a simple effort to save face after the experimental and pseudo-Nu-metal stylings of 2017’s Suicide Silence. But let’s really get down to brass tacks here: Suicide Silence isn’t the first or last band to hit the soft reboot button on their careers. END_OF_DOCUMENT_TOKEN_TO_BE_REPLACED 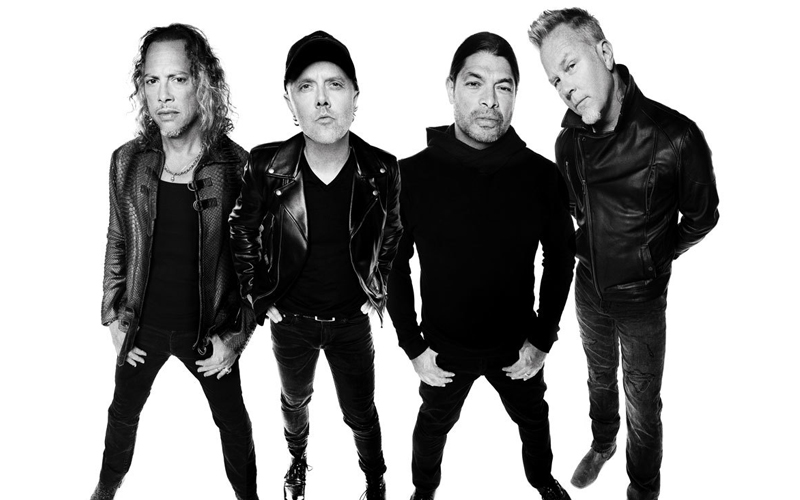 Metallica will be releasing Hardwired…To Self-Destruct on November 18th via Blackened Records, and they’ve just announced a radio takeover, plus special sales on their web store to heighten the excitement for the new record. END_OF_DOCUMENT_TOKEN_TO_BE_REPLACED

Metallica has released a behind the scenes video from the making of their forthcoming album, Hardwired… To Self-Destruct, due on November 18th from Blackened Records. You can watch the nine-minute video from the writing and recording sessions for the new album, at this link or below:

Hardwired… To Self-Destruct is the long-awaited follow-up to 2008’s Death Magnetic, and is a double album containing a dozen songs and nearly 80 minutes of music.

Drummer Lars Ulrich told Fox 9 that the band played Hardwired.. “all in the same room” for the first time ob Monday, August 15 in preparation for the Minneapolis concert on 8/20. “This is as fresh off the assembly line as rock and roll gets.” he remarked.

Referring to the track ‘Hardwired’ he continued: “That’s actually the last song we wrote for the record. We started this album by throwing different ideas around. The shape of it, as a collection of songs, didn’t come into focus until we were deep into it. At that point, the songs were getting tighter, shorter and leaner.”

He continued: “A couple of months ago, we were sitting there taking stock of the record and thought maybe we should write one more fast, little crazy song, and that became ‘Hardwired’. It just kind of happened. I think James (Hetfield) and I wrote and recorded it in less than a week, which, for us, is basically a nanosecond.”

Hardwired…To Self-Destruct was produced by Greg Fidelman with Hetfield and Ulrich. The band recorded the disc at its own studio and is still putting the finishing touches on the LP. 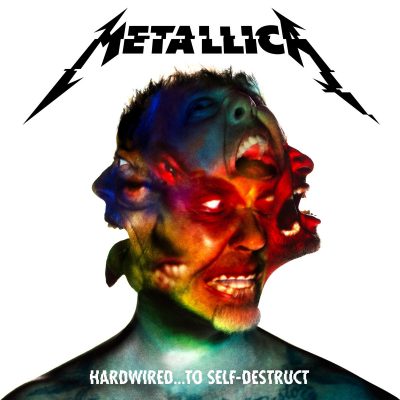 On the heels of dropping their new video for their single ‘Hardwired’ earlier today, Metallica has now released the full information and track listing for their new album. The album was produced by Greg Fidelman, (Slayer) who engineered 2009’s Death Magnetic album.

Lars Ulrich commented about the album:

“Has it really been eight years? Doesn’t feel like it! Nudge, nudge, wink, wink. We’re obviously beyond psyched to share new tunes with all our friends out there. We’ve been rockin’ along in the studio with Greg on and off for the last 18 months firing up the creative engines again. Putting new music out there, getting in your faces once again and all that comes with it is what we love to do more than anything else, so strap yourselves in … INCOMING!”

‘Hardwired’ was played for the first time earlier today during a live remote broadcast from Metallica’s HQ in the Bay Area. During an interview with Minneapolis rock station 93X discussing the band’s performance at U.S. Bank Stadium on August 20th, Lars Ulrich stunned 93X’s Pablo by premiering the track. ‘Hardwired’ will be delivered as an instant download to fans who pre-order the album.

Metallica will perform this Saturday, August 20th, at U.S. Bank Stadium – the new home of the Minnesota Vikings. The band’s performance will be the first rock concert at the venue and tickets sold out in less than 10 minutes. Fans can tune in from home via a Pandora live stream beginning at 10 pm EST at http://pdora.co/metallicalive. Individual songs from the concert will also spin on Pandora. To listen, log in to your Pandora account or create a new one for free if you live in U.S., Australia or New Zealand. Fans outside of those countries can access the live stream at www.livemetallica.com.

6. Spit Out The Bone

Deluxe Version (On CD & Vinyl only):

6. Spit Out The Bone 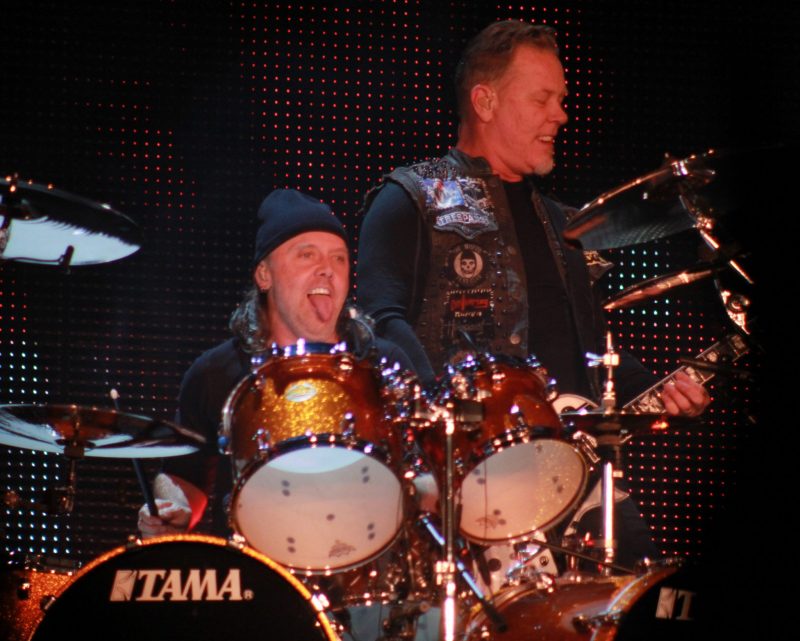 In a new published interview, Metallica drummer Lars Ulrich confirmed that the band’s long-awaited new album would be completed this summer. The bands hasn’t released a new studio album since 2009’s Death Magnetic.

“We’re now coming towards the end of the musical creative process and we’re starting to look ahead and the process of how we’re gonna share this record with the universe.”

Lars talked about the timeline of finally finishing and releasing the new album, the band’s 10th studio release:

Lars also discussed Fidelman: “Greg Fidelman is 24/7 on this record and has been since last summer. He’s doing an insanely great job and has been putting his heart and soul in it pretty much every waking moment of his life in helping us engineer and produce this record”.

Regarding an actual release date:

“If the record doesn’t come out this year then it won’t be because it’s not done. It will be because there’s some sort of cosmic reason that it would be smarter to hold onto it until next year. But the record will be done this summer.” 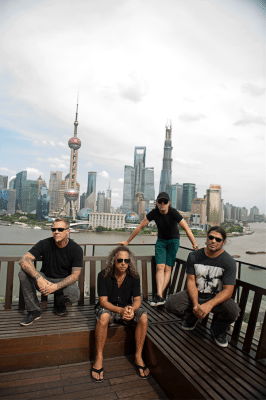 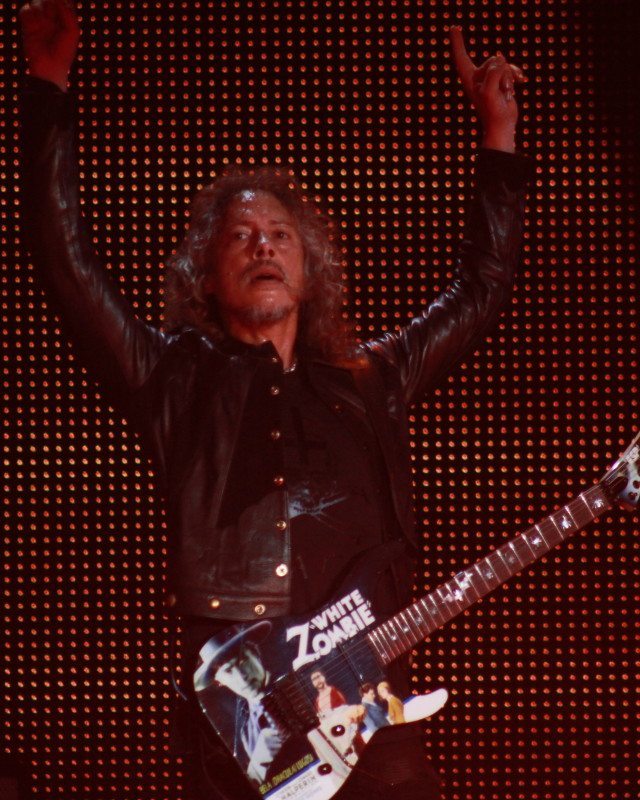 In an interview with Alternative Press, Metallica lead guitarist Kirk Hammett revealed that Greg Fidelman is the de facto producer of the bands new album, which is said to be currently in the final phases of recording. Recently performing their first show of 2016 at CBS Radio’s The Night Before concert event at Super Bowl 50, both James Hetfield and Lars Ulrich claimed on stage that there would be a new Metallica album released during 2016.

“We have not brought in any [other] producer and it looks extremely [unlikely] we’d bring one in this late into the project.”

“The title ‘producer’ itself is a bit ambiguous. It differs from person to person. You can call Rick Rubin a producer, but he’s not the [same] type of producer as Bob Rock, who is there for every note. At the same time, Rick Rubin gets stuff done. Greg Fidelman is a different type of producer in that he’s with the engineer always looking to try and move the project forward. And that’s different from, say, Dr. Dre, who is the type of producer who is actually making backing tracks, producing music, writing music. In the hip-hop world, Dre is a producer. It’s so ambiguous. If you go by the traditional term, we’re doing it with Greg, pretty much.”

“Greg is a real pleasure to work with. Even though he can be a bit of a taskmaster, he listens to you. He’s super-flexible. He knows how to crack the whip without fucking pissing people off.”

Hammett also commented on the difficulties of making an album for Metallica at this point in their career:

“The hardest part” about recording Metallica is coordinating the bandmembers’ schedules so that the production process can move forward at a comfortable pace. “Hey, for us, life has its demands,” he said. “We’re trying to make an album and go on tour, trying to be a band, but we all recognize that if someone has a family situation, that takes priority over everything. That’s another reason why [the new album] is taking so long. That’s another obstacle for Greg Fidelman He’s always joking about it, but it really takes a lot of, like, you know, tap dancing and juggling.”

The new Metallica album will be their 10th album of original music, not including live albums, compilations and covers. It will be the first new full length album from the band since 2009’s Death Magnetic. Fidelman may be seen by fans as a controversial, but safe choice for the band in the producer’s chair. Known for his work with Slipknot and Slayer, Fidelman came under fire from fans for the sound quality (clipping) associated with the Death Magnetic finished product.

Video of Metallica playing at last weekend’s Leeds Festival in the UK has surfaced online. You can watch the videos below. Metallica has been playing sporadic festivals and tour dates this summer as they wind down live activities for the year and continue to work on their 10th studio album, for planned release in 2016. The band will play two shows in Quebec City, Canada and Rock In Rio in the next few weeks. 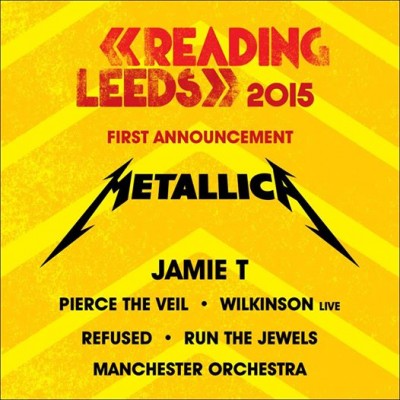 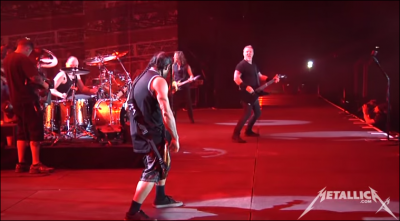 Kirk Hammett of Metallica gave an interview to Tim Virgin of WLUP-FM 97.9 (Loop 97.9) radio recently where he updated fans on the status of the bands’ next album, tentatively due in 2016. The interview was a precursor to last weekend’s performance at Lollapalooza in Chicago, IL and can be seen below:

Recently as a guest on Jamey Jasta’s podcast The Jasta Show, Hammett described the coming album: