Amenra’s Mass VI (Neurot Recordings)… the type of album you spin on the record player for the misanthrope who found Deafheaven’s Sunbather (Deathwish Inc) to be too cheery and saccharine. The type of upbeat fellow whose balanced breakfast consists of piping-hot black coffee and two Marlboro reds. He’s lots of fun at parties, and by party, I mean the dive-bar where he pounds Guinness and quotes Nietzsche. Yeah, Mass VI is a motherfucker of the highest command. END_OF_DOCUMENT_TOKEN_TO_BE_REPLACED

The first two albums from Church of Ra-affiliated Belgians Oathbreaker were fiery slabs of dark anger which nevertheless possessed hints of invention: gaining the band a reputation further enhanced with an incendiary set at last year’s Damnation festival. Nothing, however, pointed to the emotional might and unbridled creativity of new album Rheia (Deathwish Inc.) END_OF_DOCUMENT_TOKEN_TO_BE_REPLACED 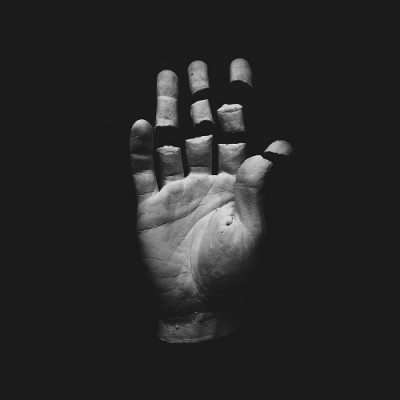 While Belgium may have a reputation for delicious chocolates and quaint cobbled streets (Bruges anyway), one thing they aren’t short of is bands that matter. One such Flemish favourite is the mighty Amenra, a collective of individuals who use all the means at their disposal, be that audio and visual to put on a show that you can’t tear your eyes away from. Their highly anticipated performance at Temples will be one to remember, especially if they have to dish out some punishment to talkative audience members who won’t shut up during the quiet bits. Ghost Cult’s James Conway caught up with Colin H Van Eeckhout to discuss the festival and other happenings with the band.

Like several bands you are sharing the Temples bill with, you are careful about what gigs you choose to play. What was it about Temples that attracted you?

Everything. As soon as the first names were announced I fucking felt we had to be a part of this. It just felt right. I immediately mailed our booker.

It’s been a few months since the release of your last album. What has the reaction been like and how have the songs fitted into your live show?

It was really incredible. We didn’t expect the reactions to be so overwhelmingly positive. In all honesty we didn’t feel like we had accomplished a great thing with this record. We wanted it to be better. We really felt we had more inside of us. We never feel too sure or certain about ourselves or what we do. Right now we play 3/4 of our mass V album. I’m stoked the new songs have their part in the live set now. It always takes awhile for new material to find its way into our bodies. We have to be really confident, and almost lay it on autopilot before we can really lose ourselves in there. We know we have to give it the time it needs.

Can you explain what exactly the Church of Ra is and how it relates to your live show?

The church of Ra is an assembly of kindred artistic spirits. We each seek answers to questions that haunt us, in our own specific ways; we try to lift each other upwards in any way possible. Our live show, that would be the live visuals done by our guitar player Mathieu Vandekerckhove. As for our entire ‘graphic’ world a lot of us entwine and create something bigger.

Your recent video for ‘A Mon Ame’ is certainly different from most music videos. How does the video represent the song and what was it like working with Willy Vanderperre?

It was mind-blowing, to be a part of such a professional project. Normally we do everything ourselves, from filming to editing, writing and so forth. It was Willy who approached us, and at first we got to know each other a little better. I soon realised that Willy and Nicolas would be the perfect match, that we could trust. We obliged ourselves to let go for the first time. We had to let go to make this happen. It was just to confronting for us to only work with our physical selves. We would’ve never dared to keep it so pure and honest. We had kept hidden in shadows and live visuals for all these years. And now we were alone in the open at night. Under a watchtower of punishing light.

Are you ever worried about crowd noise and hecklers during the quieter parts of your songs when you play live?

I’m never worried, only irritated when it happens and it happens sometimes yes then we have to go offstage to set them straight.

Can you tell us about your upcoming split release with VVovnds?

Right now we’re focussing on writing new acoustic material and most of our new releases are built around that. I’m happy that we are able to do this split with VVovnds. It’s KJMs band, one of the founding fathers of Amenra, now ex-member. It’s a part of a series of splits with all different bands, Hessian, Mathieu Vandekerckhove, Scott Kelly etc.

How important is photography and art in relation to Amenra and do you have any future plans in regard to this?

We have been blessed with the presence of Stefaan Temmerman, a photographer, and friend, who has been following us since 2010. During this period he joined us and now is our stage tech on every live show. He has become a big part of what we do. June 2014 will harvest a new COR book featuring more photographs by his hand taken throughout the period. Art has a very big role in everything we do; we want to attack all senses. Every medium possible will be used in our search for truth.

Do you have any news on a forthcoming full-length release?

It most likely will be an acoustic album, following up our 2009 Afterlife acoustic EP. We never set deadlines. It’ll be there when it’s ready.

You are playing directly before Neurosis at Temples. Is it intimidating or exciting to play before such a big influence on your band? Do you aim to upstage them?

It is still one of the most exciting things to do. They have indeed been one of the biggest influences on us, as a band. I remember the first time we ever played together, one of the highlights of our existence. It’s one of the most beautiful things ever to get the recognition of the artists who went before you, inspired you, who led the way. We don’t care about upstaging anyone; we just do what we do. Everytime.

What can we expect from your performance at Temples?

It will be honest, true and profound, above anything.