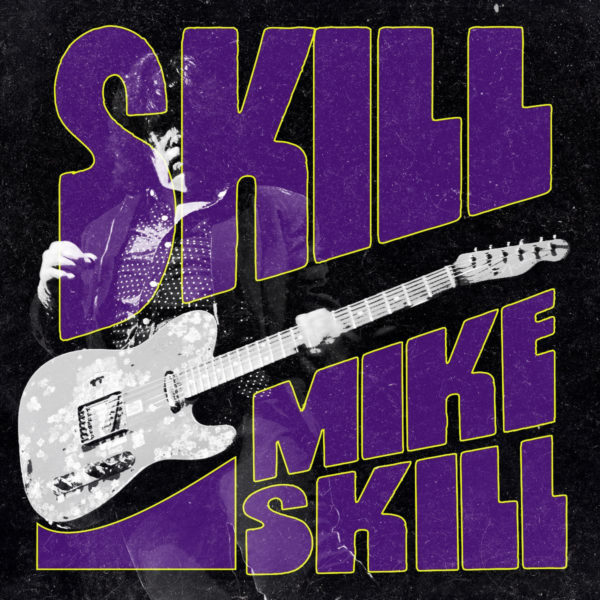 Today is the day! Legendary Classic Rock artist, producer, and multi-instrumentalist Mike Skill, best known as a co-founding member of The Romantics for the past four decades, has released his debut solo album. Skill…Mike Skill, today – Friday, October 8, 2021st, and you can stream it here at Ghost Cult! Skill’s new album consists of 11 original songs penned by Skill as well as the rocker’s recent remake of “What I Like About You,” which Skill co-wrote with Romantics bandmate Jimmy Marinos in 1979. The album features Skill on lead and backup vocals, lead guitar, rhythm guitar and bass along with Brad Elvis (current member of The Romantics) and Kevin Rankin (A Flock of Seagulls) on drums. Also featured are Mc5’s Wayne Kramer on “‘67 Riot,” Ricky Rat on guitar, Chloe F. Orwell on guest vocals and Patrick Harwood on harmonica. Jam out to “Skill…Mike Skill” right now!

END_OF_DOCUMENT_TOKEN_TO_BE_REPLACED 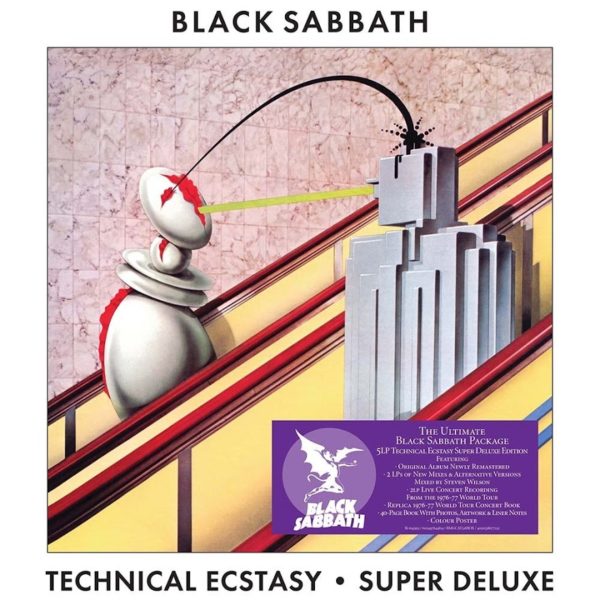 Although 1976’s Technical Ecstasy (Vertigo/BMG) is unlikely to ever be viewed as a top tier release among most Black Sabbath fans, the fact that it exists at all goes to demonstrate the Birmingham foursome’s resilience and determination in those early days, if not the focus.

END_OF_DOCUMENT_TOKEN_TO_BE_REPLACED 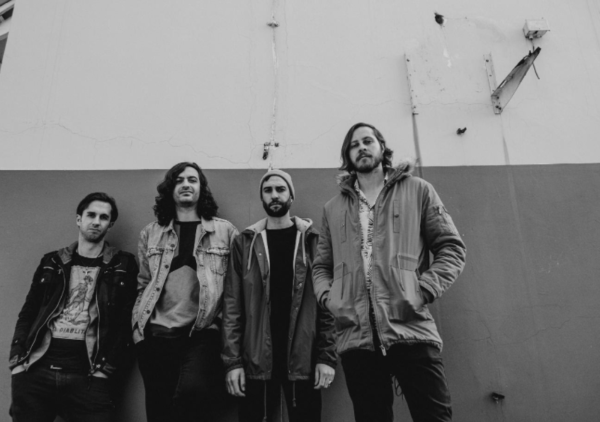 South Africa Stoner Doom band Acid Magus has shared their new album, Wryd Sister today, July 30th, 2021 via Mongrel Records. Channelling their classic rock and Desert scene influences, the let’s it all hang out musically keep their throwback DIY ethos. Purchase and stream the album now at the link below. 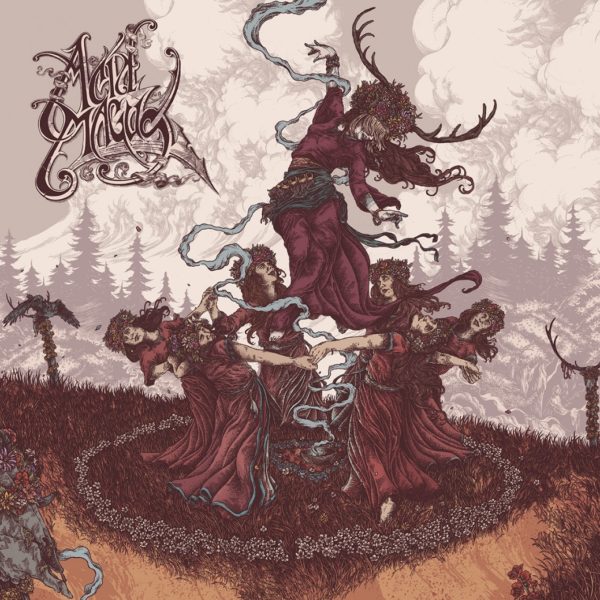 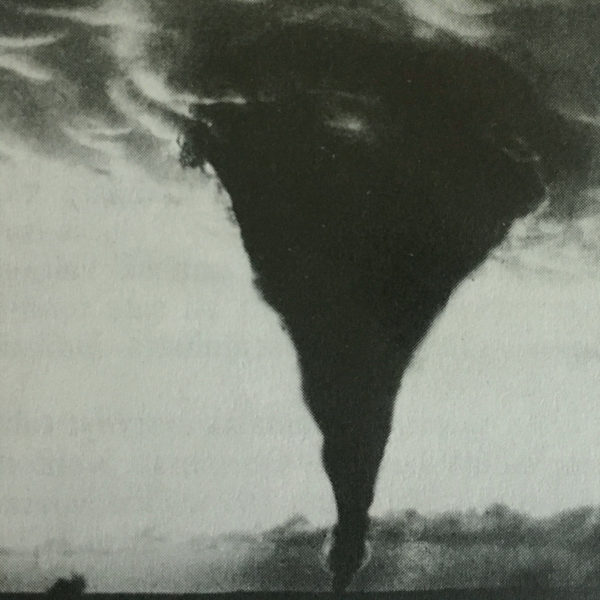 For the most part, the fourth album from Jess And The Ancient Ones continues down the low-key approach to Occult Rock that was established on 2017’s The Horse And Other Weird Tales. Just about every song on Vertigo (Svart Records) is driven by a short length, an upbeat structure, and extensive layers of psychedelic instrumentation. Aside from the eleven minutes of the closing ‘Strange Earth Illusion,’ the first two albums’ more drawn-out runtimes seem to be a thing of the past.

END_OF_DOCUMENT_TOKEN_TO_BE_REPLACED 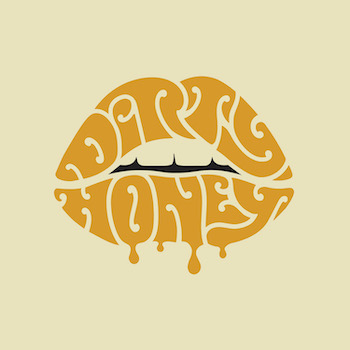 In 2019 things were on the up for the independent LA quartet Dirty Honey; their debut single ‘When I’m Gone’ topped the Billboard Mainstream Rock charts, they toured with Alter Bridge, Guns n Roses, and The Who and sold out their first headline tour in the first two months of 2020 but then covid reared its ugly head put life on hold. Finally things are opening up again and their debut album Dirty Honey is out, and its sound is firmly rooted in 1970s rock.

END_OF_DOCUMENT_TOKEN_TO_BE_REPLACED 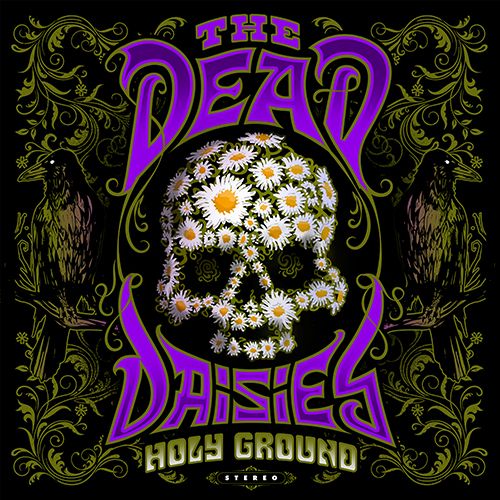 A new album and a new singer. The Dead Daisies’ latest album Holy Ground (SPV Steamhammer) is their first with the “voice of rock” Glenn Hughes, and his powerful pipes are a perfect match for the band’s well-honed classic rock. Having been in Deep Purple and more recently Black Country Communion Glenn is no stranger to famous bandmates and supergroups. The lead single ‘Unspoken’ shows that despite the ever-revolving door of bandmates, the music is as thunderous, hooky and rocking as ever.

END_OF_DOCUMENT_TOKEN_TO_BE_REPLACED 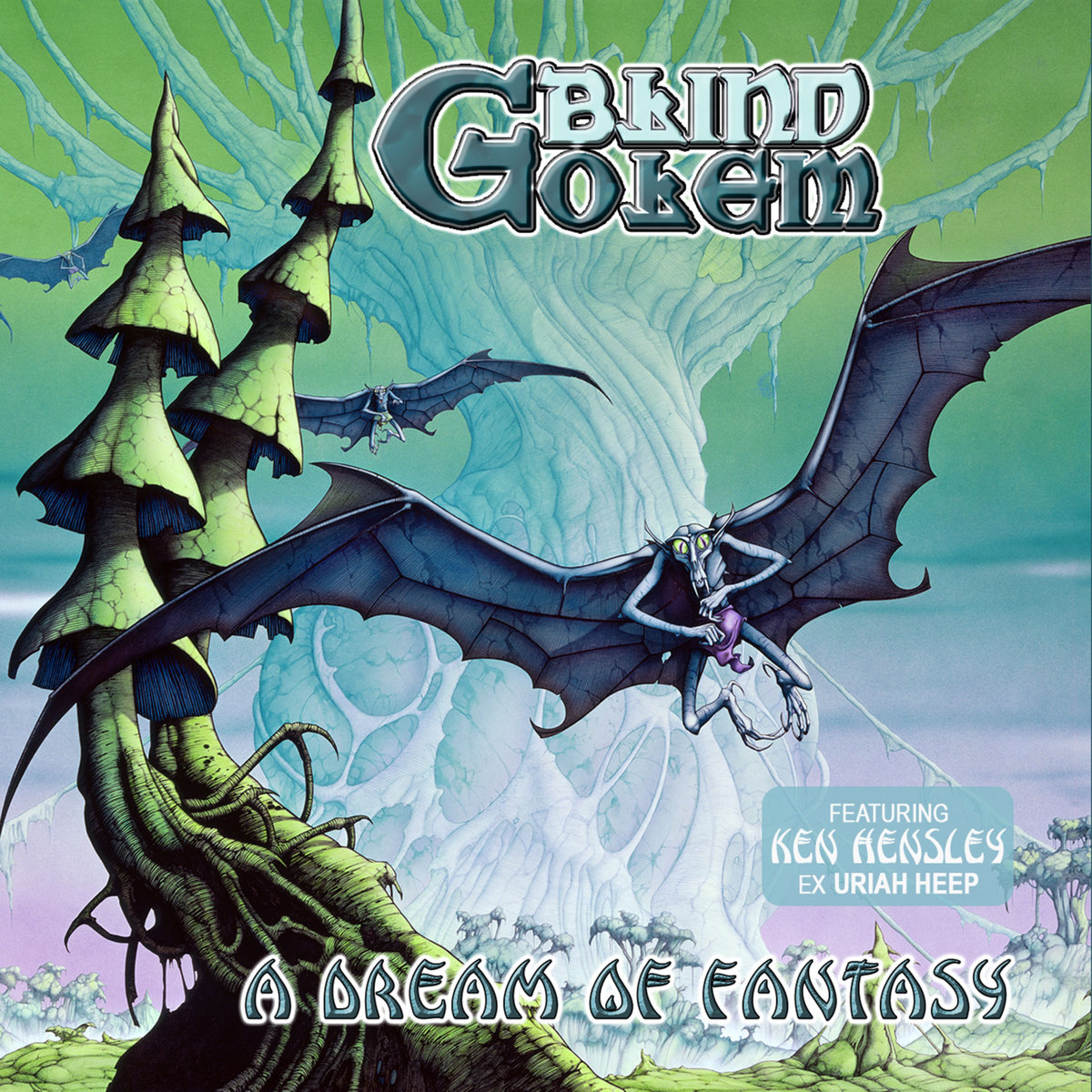 There’s no talking about Blind Golem’s first full-length album without mentioning Uriah Heep. The Italians initially began as a Heep tribute band and desired to write their own music in a similar Seventies Rock style, going so far as to give the artwork that Demons and Wizards aesthetic and even getting Ken Hensley himself to record keyboards and slide guitar just months before his tragic passing. A Dream Of Fantasy (MaRaCash Records) makes for an inevitably derivative listen with that established, but it is also an undeniably infectious labor of love.

END_OF_DOCUMENT_TOKEN_TO_BE_REPLACED 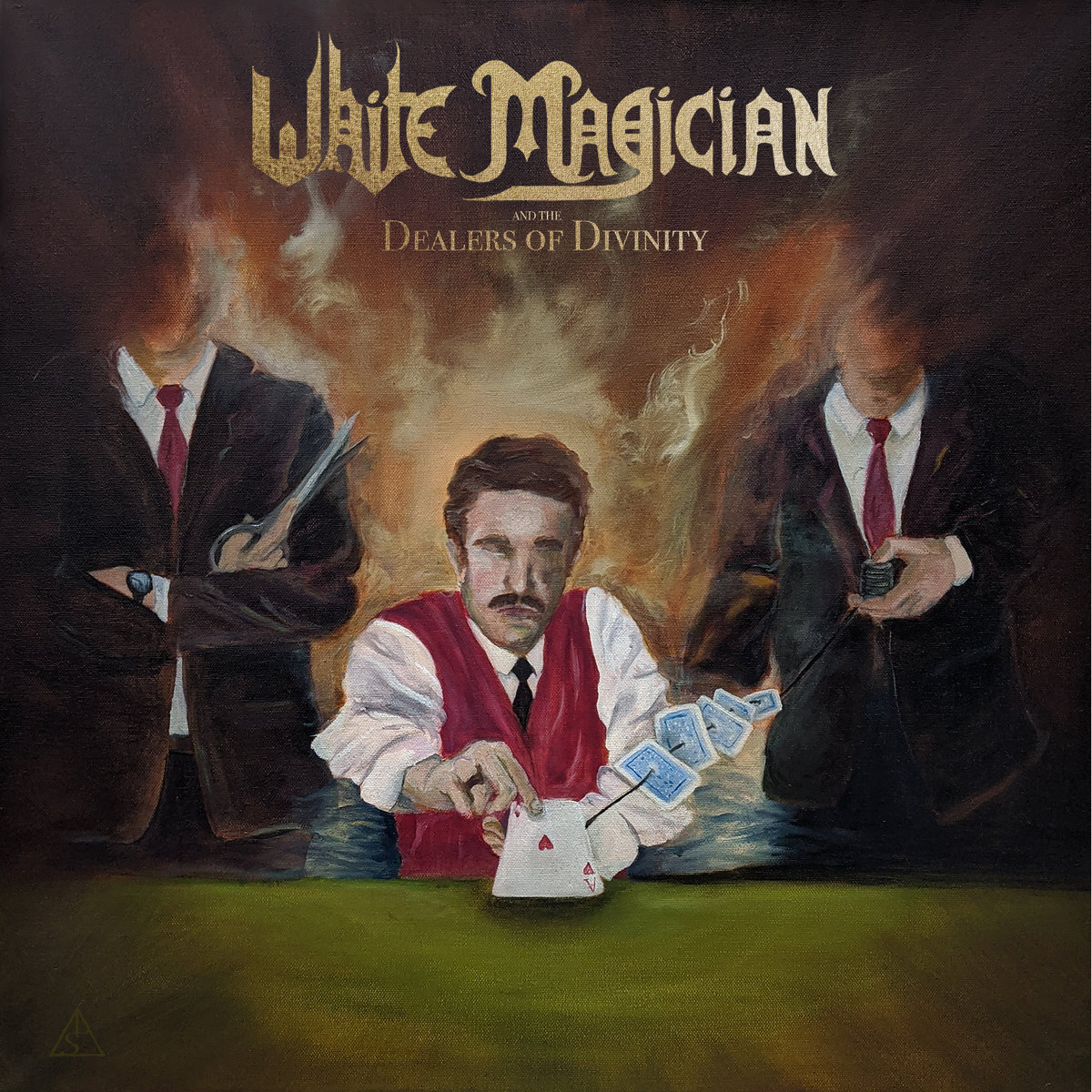 Consisting entirely of musicians from the eccentric Demon Bitch with equally esoteric pseudonyms, Detroit’s White Magician settles firmly into the world of heavy Occult Rock on their first full-length album. “The Agents Of Fortune”-esque cover art is enough to indicate that any comparisons to Blue Öyster Cult are likely intentional; the band exercises a similarly freerolling attitude with an ominous undercurrent. But while Dealers Of Divinity (Cruz Del Sur Music) gambles on a well-trod formula, the group seems to have a couple of aces up their sleeves.

END_OF_DOCUMENT_TOKEN_TO_BE_REPLACED 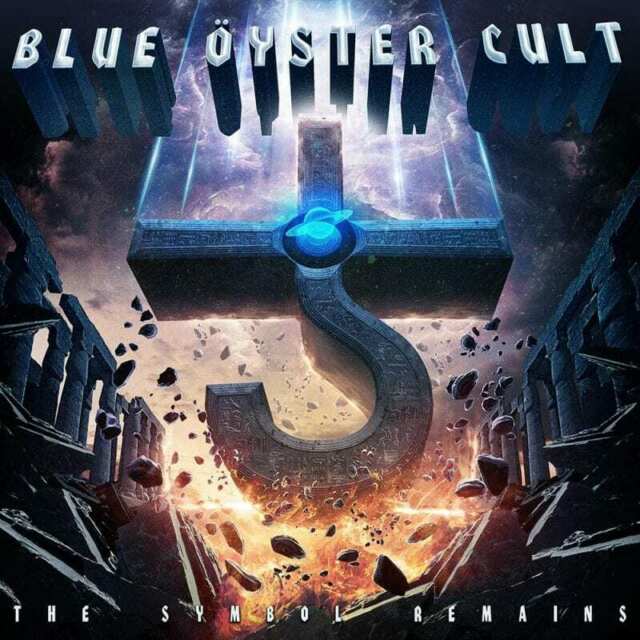 After nearly two decades spent exclusively on the live circuit, Blue Oyster Cult returns with their fifteenth full-length album, The Symbol Remains (Frontiers Records Srl). In a way similar to the recent releases by fellow Seventies Rock legend Alice Cooper, the band opts for a kitchen sink songwriting method. The fourteen tracks play out like a career retrospective of sorts, exploring a variety of moods between classic-minded rockers, synth-heavy AOR numbers, and atmospheric occult excursions.