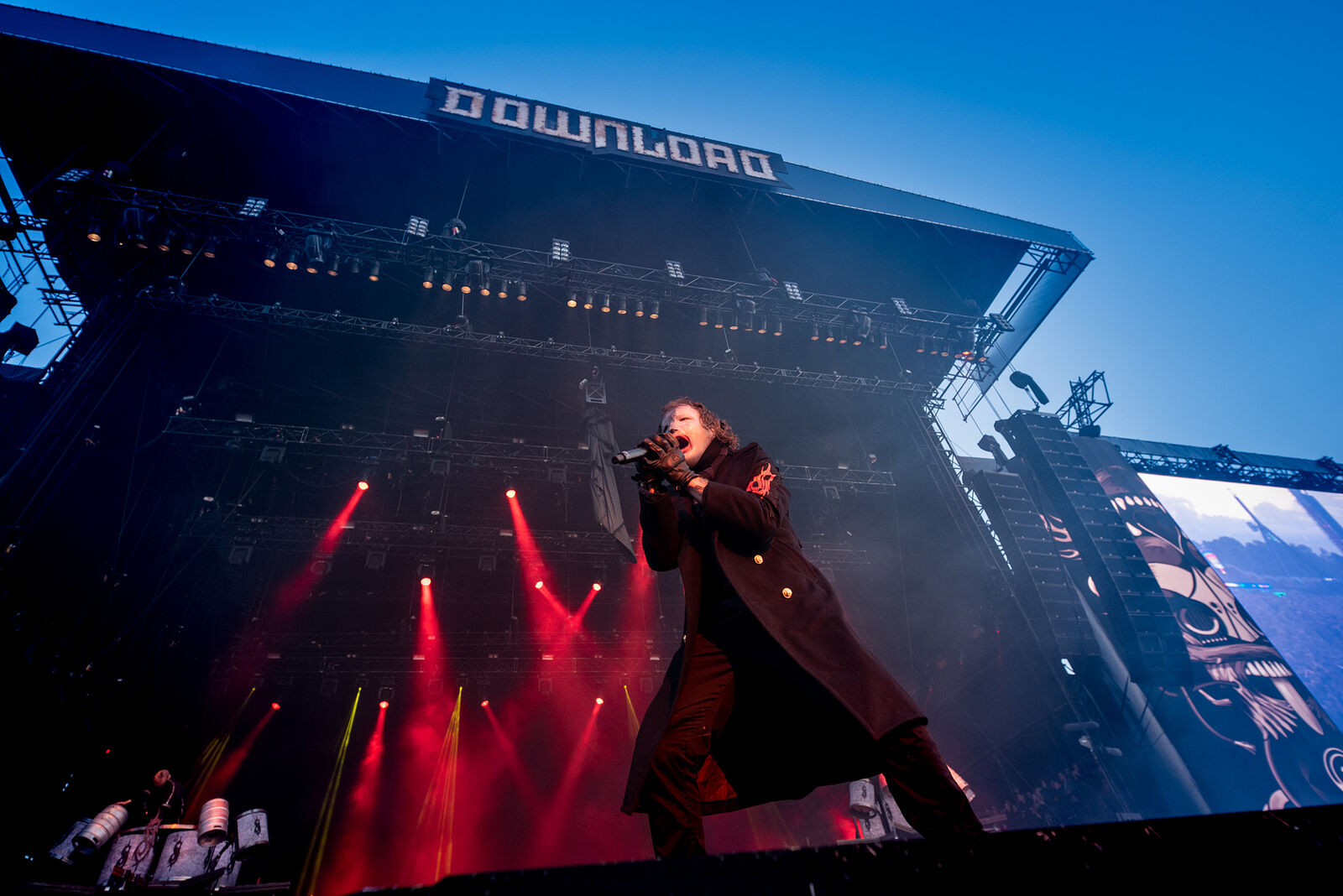 Throughout the journey from my home in the North of England to Leicestershire’s infamous Download Festival, I could be sure of only two things as a first time attendee; that I would absolutely see Tool headline, and that I would have to endure what was to become the muddiest weekend of my life in order to reach that point. END_OF_DOCUMENT_TOKEN_TO_BE_REPLACED 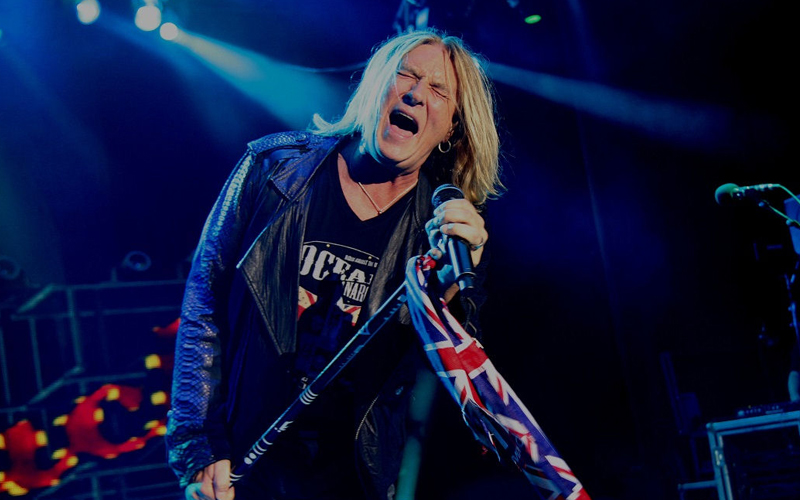 The granddaddy of UK music festivals, Download Festival takes flight this weekend and Ghost Cult is there! The forecast calls for rain (surprise!) but the spirits will not be dampened! Here is the day by day rundown of indispensable bands to not miss and the running order! END_OF_DOCUMENT_TOKEN_TO_BE_REPLACED 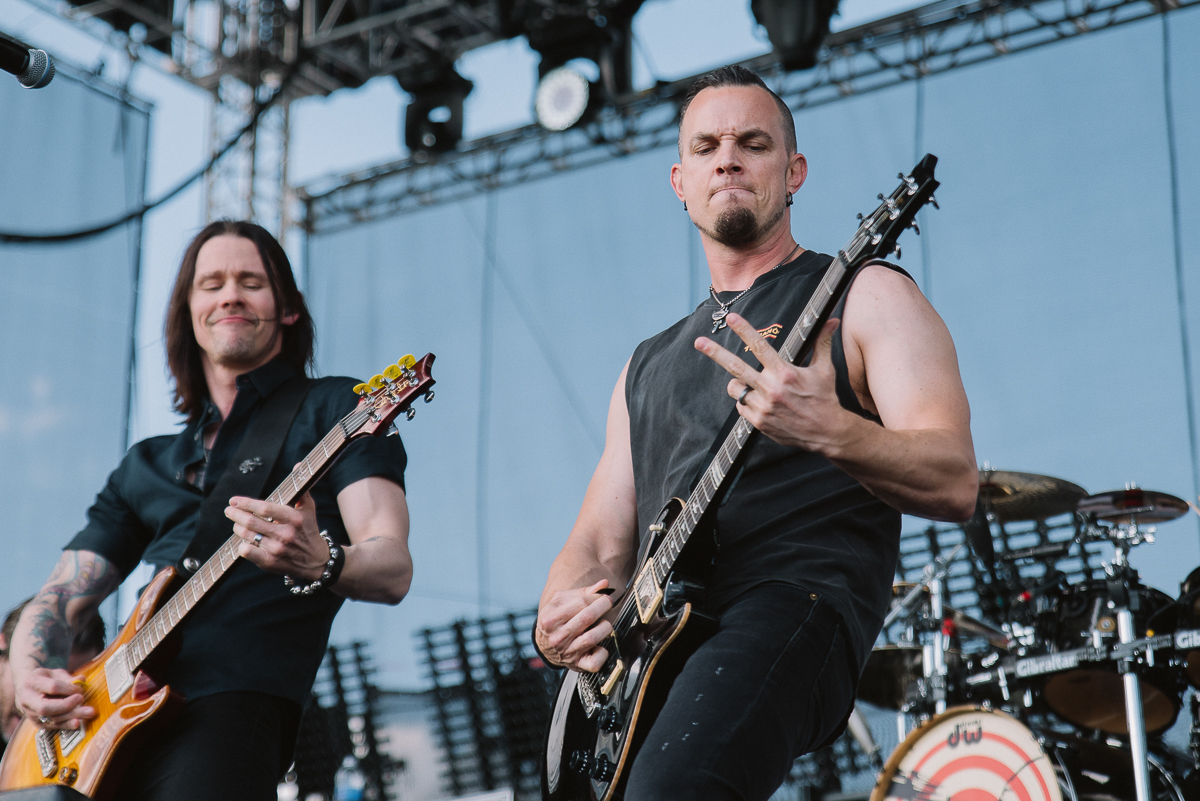 Rock music and fun on the high seas, ShipRocked has announced their 2020 Cruise! The voyage sells out every year and this years lineup also looks great! Sailing from February 1-February 6, 2020 onboard Carnival Valor with a sensational music lineup led by Halestorm and Alter Bridge. Departing from New Orleans, with stops in Key West and Cozumel, the ultimate rock music cruise vacation features performances from over two dozen music artists, including the ShipRocked debut of Asking Alexandria, plus Beartooth, Of Mice & Men, Black Stone Cherry, Badflower and more. The Stowaways return for the fifth year as ShipRocked’s own all-star band, with a revolving cast of special guests to be announced. In addition, ShipRocked 2020 will feature special appearances from Clint Lowery, Andy Wood, late night DJ sets from Wilson’s Chad Nicefield and more. Staterooms for ShipRocked 2020 are sold out, but a wait list is available at www.ShipRocked.com. END_OF_DOCUMENT_TOKEN_TO_BE_REPLACED 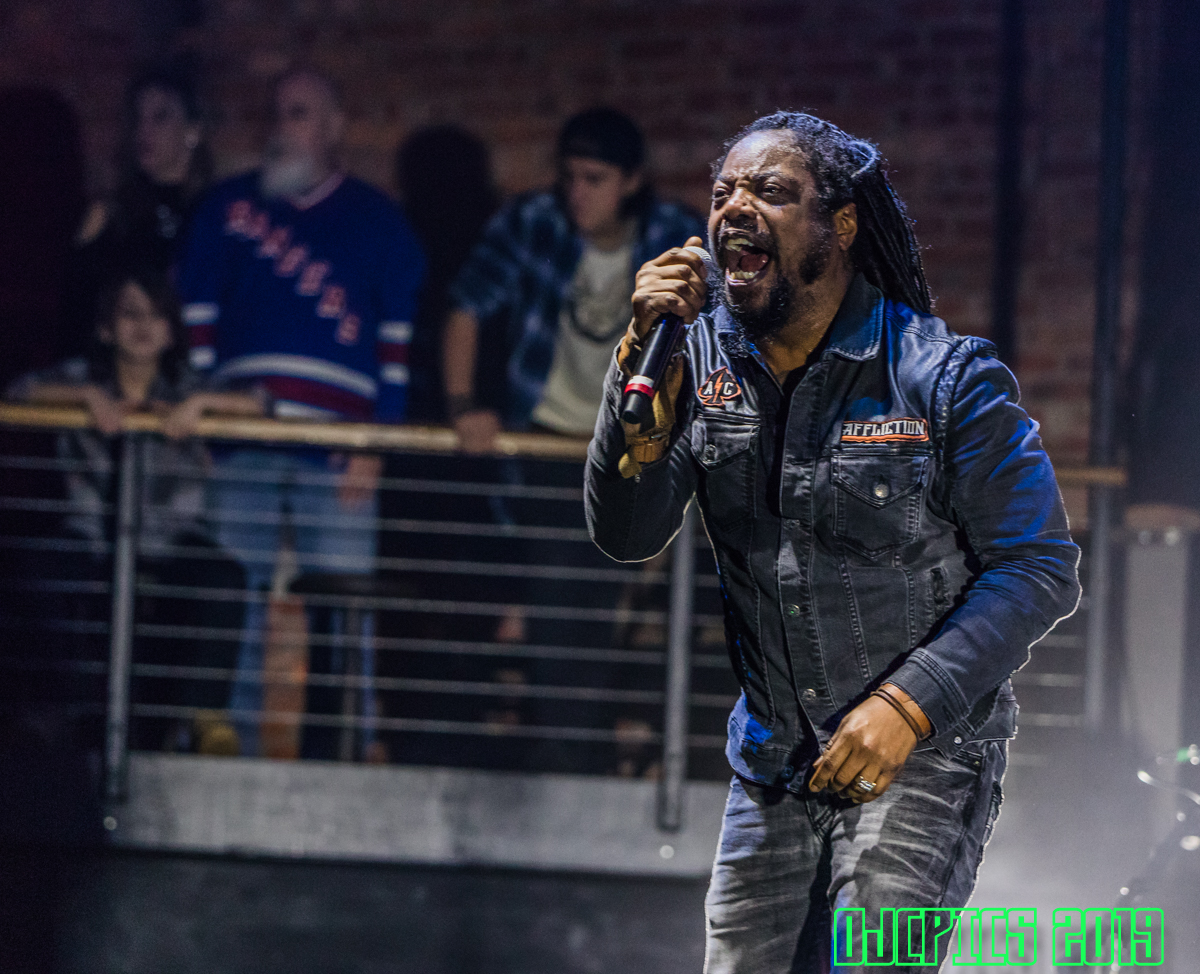 In the music industry parlance, sometimes a Iine-up makes too much sense. For two bands with similar career arcs and having even been on festival bills together, it seems odd that Tremonti and Sevendust have never toured together in the USA. Both of them also have recent new albums out at the same time, another cool confluence of events. The Paramount was packed on this night, as it is for most shows if import. Both bands had a throng of fans in the house to see them. END_OF_DOCUMENT_TOKEN_TO_BE_REPLACED 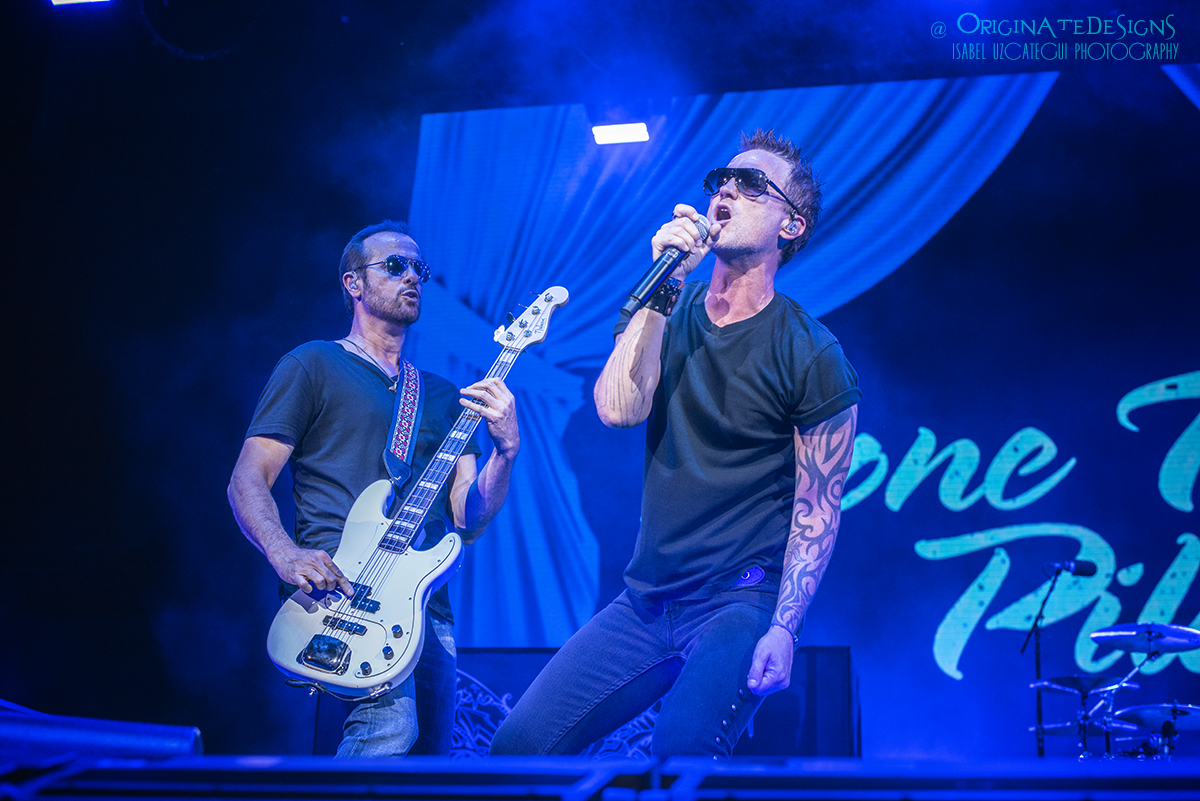 Download 2019 has mad a major announcement today as forty-three new bands have been added! Among the new bands added are Stone Temple Pilots, Halestorm, Clutch, Behemoth, Beartooth, Alcest, Animals As Leaders, At The Gates, Bad Wolves, Three Days Grace, Twelve Foot Ninja and more. Slipknot, Tool, and Def Leppard are the headliners for the annual rock extravaganza. The three-day festival takes place on 14-16 June 2019 at the spiritual home of rock in Donington Park, Leicestershire. Kerrang! Radio have also launched a talent search for a chance to open the Avalanche Stage at the festival. END_OF_DOCUMENT_TOKEN_TO_BE_REPLACED 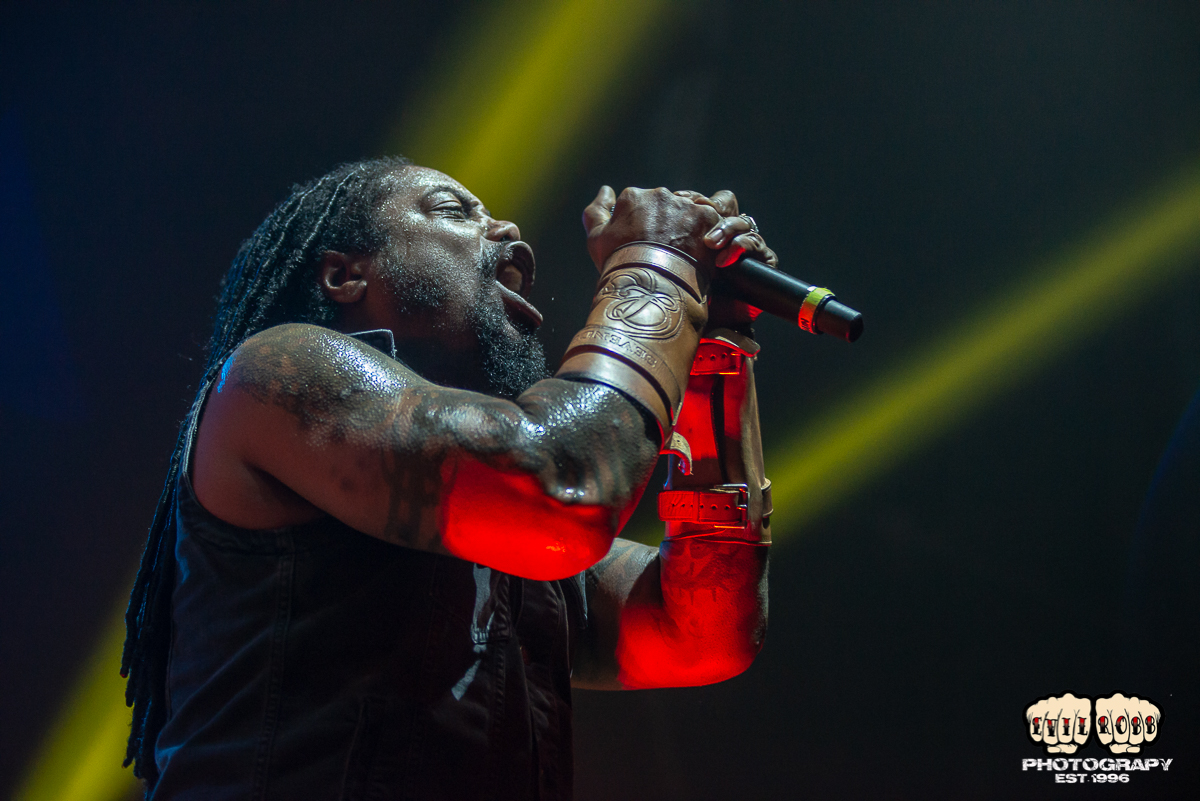 Sevendust just wrapped up a tour of Europe and are starting a new run of tour dates next week in Houston, with Tremonti, Cane Hill, Lullwater, and Kirra. Tickets are on sale for all dates at the link below. Now Sevendust has shared their new performance-based video for ‘Risen’ from their latest album, All I See Is War (Rise Records). The video was filmed during the band’s recent show in London at the Brixton Academy. Dan Sturge, known for his work with Alter Bridge.

END_OF_DOCUMENT_TOKEN_TO_BE_REPLACED 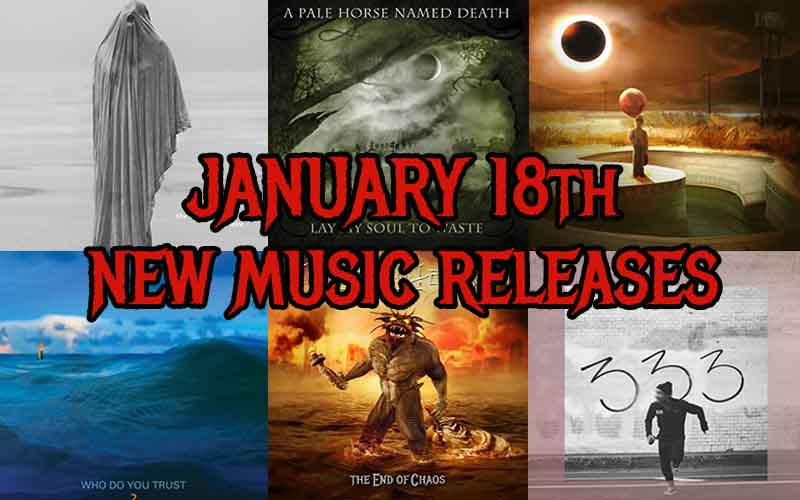 Check out all of today’s new releases in the music world!

END_OF_DOCUMENT_TOKEN_TO_BE_REPLACED 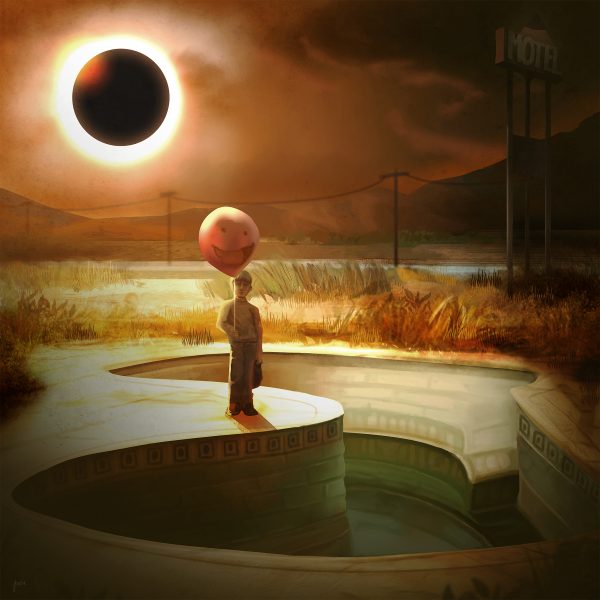 When Cane Hill came onto the scene in 2014 they were classified as nu-Metal. They were introduced as a foursome from New Orleans trying to make the highly criticized genre relevant. They are staying relevant with their second EP, the stripped back Kill The Sun EP (Rise Records). END_OF_DOCUMENT_TOKEN_TO_BE_REPLACED 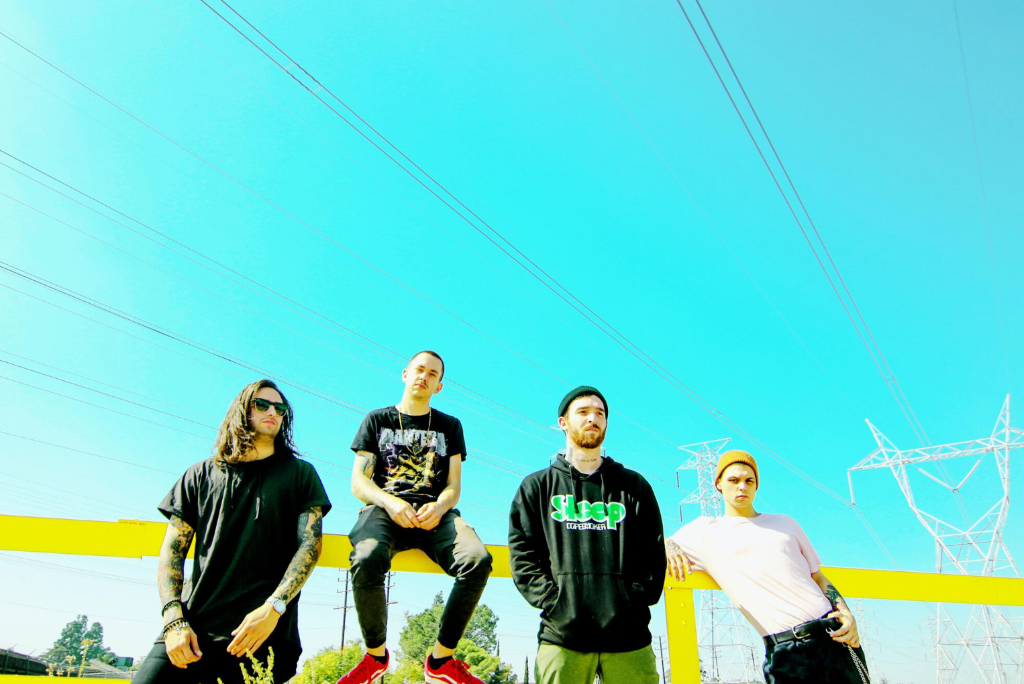 Cane Hill has announced their new album, Kill The Sun, coming this January 18, 2019 via Rise Records. The band dropped a video for the title track of the album which you can see below, and gear up to see the band on their upcoming tour with Sevendust. END_OF_DOCUMENT_TOKEN_TO_BE_REPLACED 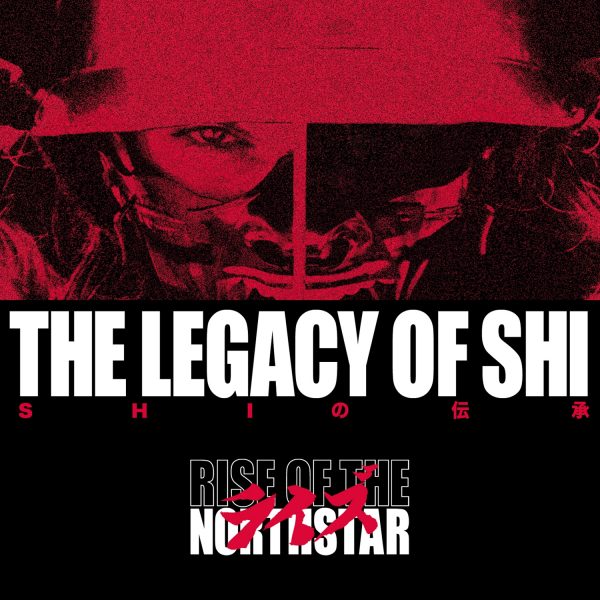 Metal has a problem with nostalgia. As soon as the Slipknot riff that gets the energy going to start the record in opener ‘The Awakening’, everything about The Legacy of Shi (Sharptone) feels like it should have been part of a record made about 20 years ago. An amalgamation of lots of different tricks designed to garner the attention of every 90s teenage metal-head. Pantera’s groove? Check. Machine Head’s attempt at Hip-Hop? Check. An aesthetic based around eighties Shōnen manga? Ticks across the board.

For a band that lists such Nu-Metal luminaries as Rage Against The Machine and Deftones among their influences, Rise Of The Northstar don’t seem to have taken lessons from these acts to heart, lacking the fire of the former and the elegance of the latter. There are elements that aim for a more brooding, menacing atmosphere with down-tuned riffs and vocalist Vithia’s measured delivery. To his credit, he shows ample restraint on moments like ‘Kozo’ where his vocals emit genuine anger and turmoil at well-timed moments in-between these almost demonic voice effects for maximum impact. The chorus, however, is so lumbering and ham-fisted that all subtlety and intrigue goes out the window and it doesn’t feel like the intense battle with one’s inner demons (à la KoRn) that I feel was their original intention. When the vocals aren’t being heavy-handed, they’re just outright mystifying such as in the bizarre rapping throughout the whole album. The delivery somehow switches between the obvious clichés of ‘Nekketsu’ and the stunted awkwardness of ‘Here Comes The Boom’, and it’s hard to figure out which is the more unpleasant.

What this record can boast rather well is a solid production thanks in huge part to Gojira’s Joe Duplantier, and even with this record’s faults the man knows how to make a riff sound good, and there are plenty of them to like. ‘Step By Step’s’ bridge is a groovy, punky little number, ‘This Is Crossover’ is exactly what it says on the tin, and ‘All For One’ is essentially the first Slipknot record condensed into 3 minutes. The title track is arguably the album’s biggest highlight as it finally feels like Rise Of The Northstar are bringing some real weight and bounce that make for a stupidly fun track that could easily get your metal club night moving. The trouble is that it comes far too late to get the party started and could have benefitted from appearing sooner to break up the monotony of earlier tracks.

No subgenre of metal is free of the nostalgia criticism, as musicians and fans alike can often be beholden to the past. The increasing popularity of bands like Cane Hill even proves that there is still demand from sections of the metal community for some Nu-Metal bounce. It boils down to one thing; is The Legacy of Shi fun? While there is a smattering of decent moments scattered across the record, in the end it’s repetitive breakdowns and gang-vocals, grating rapping, and clichéd aesthetic makes it difficult to recommend. Whatever the legacy of Rise Of The Northstar ends up being, I can’t imagine too many will be sticking around to find out.