Arctangent Festival has made a major announcement, their third of many for the 2020 event! Chelsea Wolfe has been named as the mainstage headliner for the Thursday night kickoff. Also added to the bill are Caspian, Emma Ruth Rundle, Bell Witch & Aerial Ruin, Intronaut, Talons, Arabrot, Wheel, The Guru Guru, Latitudes and many more. Opeth, Tesseract (UK festival exclusive), Swans, Metz, Oathbreaker (exclusive), The Locust (exclusive), This Will Destroy You, Amenra (UK 2020 exclusive), Ihsahn, Perturbator, maybeshewill (exclusive), Rolo Tomassi (performing two full albums sets – ‘Grievances’ and ‘Time Will Die And Love Will Bury It’), Earthtone9, Giraffes? Giraffes!, Fronterier and many more to be announced still. The fest takes place on August 20th/21st/22nd 2020 at Fernhill Farm, Compton Martin near Bristol, and tickets are on sale now at the link below. END_OF_DOCUMENT_TOKEN_TO_BE_REPLACED 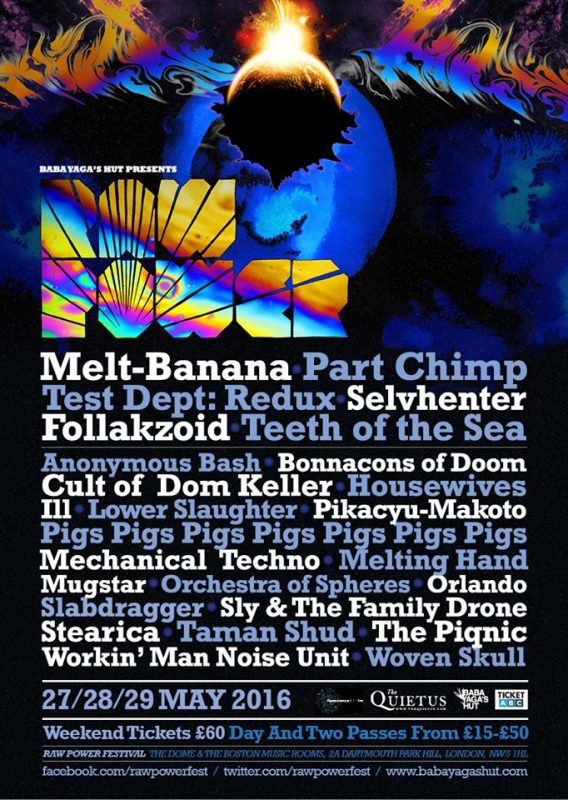 Ghost Cult’s tagline is “exploring the boundaries of music”. Luckily Raw Power Festival in at The Dome in London is providing a weekend of weird, wondering and noisy experimental music.

Metal and any sort of identifiable guitar riffs are largely absent from night one, as was anything so commonplace as a chorus. Opening proceedings is Graham Dunning’s Mechanical Techno, a one-man DJ set with the aesthetic of a garden shed. Dunning uses layers of vinyls in towers to create minimalist beats, but the steampunk-like spectacle includes ping-pong balls and quartz crystals to create an odd light and sound show. Worth seeing for sure, even if the music was a notch above “interesting enough.”

Teeth of a Sea seem to approach music with a kitchen sink approach. Guitars, trumpets, synths, programmed beats; every member of the band plays at least two instruments, usually switching back and forth during each piece of music. There’s a lot going on, each piece builds an intensely layered piece of alluring if incomprehensible nose. 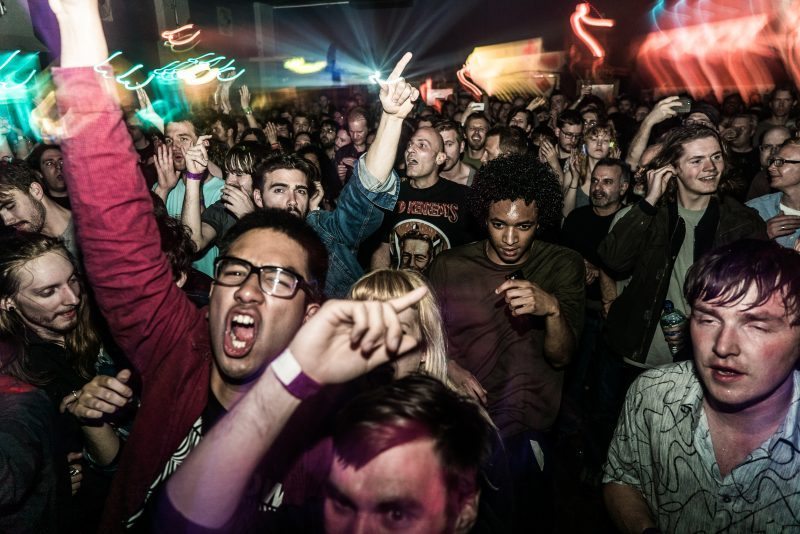 The crowd at The Dome in London, photo credit Raw Power Festival

The sheer aggression displayed by London’s own veteran industrialists Test Dept: Redux is a great exercise in catharsis. The band are known for their use of “found” percussion instruments, and don’t disappoint; there’s sheet metal, metallic windmills, steel pipes, spring coils, plus two drummers and a host of abstract industrial noises. Primal, aggressive punk done right.

Much of day two strays into even more unusual territory. Opener Agathe Max only comes to the stage armed with an electrified violin and some loop pedals, but creates a dense mess of Nosie and feedback. It’s chaotic and a good way to wake up from the fug of the night before.

Bonnnacons of Doom’s short but trippy set feature’s mirror masks, and a banshee-like front woman wearing a witch’s cape and hood. Selvhenter redefine the kind of racket you can make with a saxophone, violin and trombone, and make the kind of jazzy droning distortion most bands couldn’t dream of. The Cult of Dom Keller’s hazy psych rock is perfectly pleasant (and would probably go down well with the likes of NME if it was in a guitar music phase) but compared to most of the band’s on today’s bill they lack any real amount of energy or personality.

Slabdragger and Sly & The Family Drone are the two bands from today that GC readers are probably most familiar with. Croydon’s Slabdragger provide an education in proper riff worship – Sleep’s influences are particularly audible – providing a set as heavy as their name suggests. Despite the crushing riffs, the band have an abundance of energy and get a suitably welcome reception from the crowd. Probably the least weird band of the day, but that’s no bad thing when you can crush it.

Eschewing the stage to instead set up in a ring on the audience floor, Sly & The Family Drone gather the crowd around before covering them in beer and Clingfilm and throwing paper plates at them. It would be easy to believe not a note of the band’s set is pre-planned or rehearsed, the band describe themselves aptly as “a primal orchestra of drum rhythms, radiophonic oscillator noise and electronically-abstracted vocals”. There’s no cohesion, no sense to be found, but it’s chaotic fun and rare to be so close to a band when they play.

With the exception of Baby Metal (and make of those what you will) and Boris, Japanese rock and metal doesn’t get a whole lot of coverage on our fair shores. Props then to Raw Power for putting on three wildly different but very hugely entertaining bands from the Land of the Rising Sun. Qujaku (formerly known as the Piqnic) combine both the quiet and droning extremes of Boris melded together with the ability to lock in to a Queens of The Stone Age-like groove. During the band’s quieter moments, the band’s waif-like vocalist Shyuya Onuki floats about the stage before transforming like a man possessed when the chaos cuts loose. Confusing but compelling to watch. 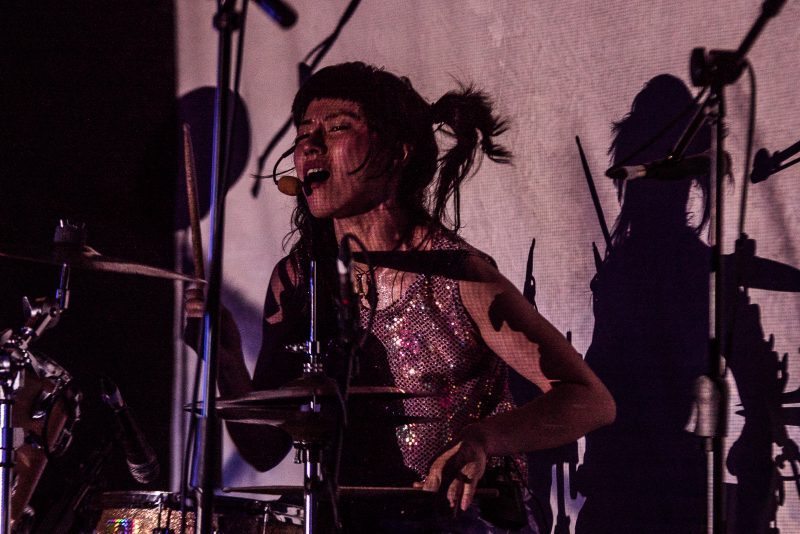 Pikacyu-Makoto a two-piece consisting of Acid Mother Temple’s Kawabata Makoto and Afrirampo’s Pikacyu are far more messy, but no less entertaining. Throughout the set, the drum and guitar combo always treading border between genius and a complete mess. Great when it works, but doesn’t always stay on the right set and occasionally just becomes a bit unlistenable.

Melt Banana, however, are nothing short of excellent, and deliver the set of the weekend. Where there’s been a lot of “weird”, the music Yasuko Onuki and Ichirou Agata make is mental. The combination of punk riffs and grinding drums makes for a crushing set, and Onuuki’s use of motion controlled handset means the bass and drum beats are changed on her cue. Combines brutally heavy with the kind of fun you get from good punk. You’ll rarely see a band like Melt Banana. 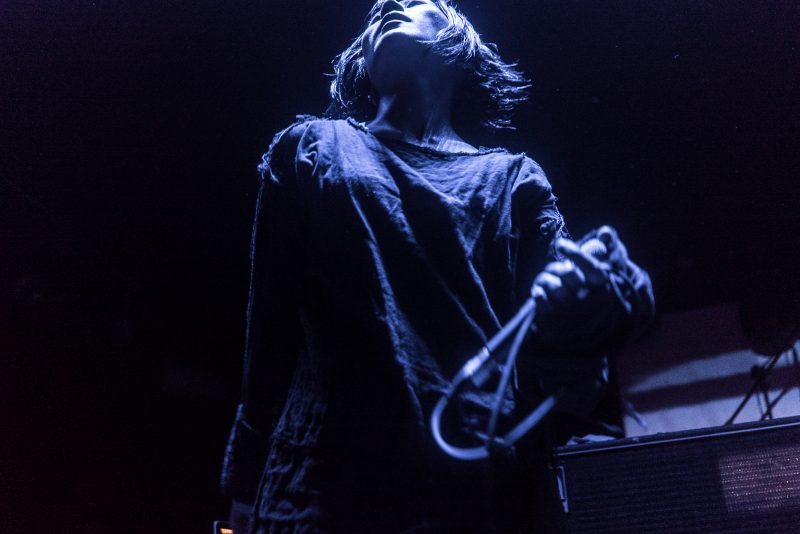 Sunday is mostly dedicated to punk and the heavier side of things with a few outliers thrown in to catch you off guard. Opening act Ill make music to fit their name; rough, grungy punk with a snotty sardonic sneer. Occasionally remind of Nick Cave & the Bad Seeds at their most abrasive. Lower Slaughter, meanwhile, might be the angriest band on show. The Brighton four-piece are packed with dirty riffs and in front woman Sinead have a ball of lyrical vitriolic rage with a surprisingly throaty growl.

Italian trio Stearica are an instrumental band with personality. They crack jokes between sets, show their humour on stage and the drummer at one point jumps of stage to start eking out a beat on the bar. The Baroness-like riffs help too. All I have in my notes for Mugstar is “riffs upon riffs upon riffs.” The Scouse instrumental quartet know how to make good, driving music with a purpose.

The noisy stoner punk of Workin’ Man Noise Unit is good fun, while Follakzoid are probably the worst band of the weekend. Where the former are all energy, the latter make slow, lazy and uninteresting music. Follakzoid might strut around the stage, but their stage presence doesn’t make up for the lack of interesting music. You should listen to more Workin’ Man Noise Unit instead. 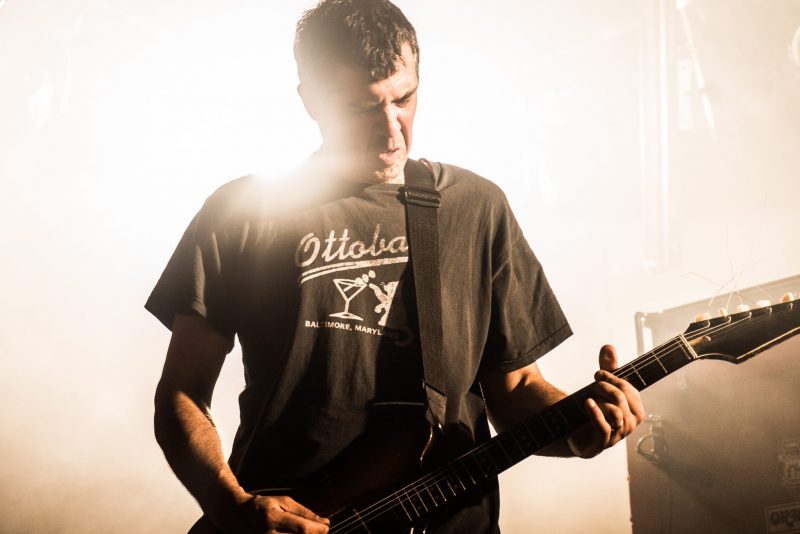 Considering some of the oddities seen over the weekend, Part Chimp are an oddly straight-laced choice of Sunday headliner. A proper heavy stoner band, the London five piece can jump from more groove-laden to full on crushing at a moment’s notice, but it’s all inhumanely loud and bruising. One of the more unusual festival’s I’ve been to, but no less fun or heavy.

One of the more unique and intriguing festivals of the summer is this weekend’s 4th annual Raw Power Festival at The Dome in Tufnel Park London. Hosted annually by Baba Yaga’s Hut, purveyors of the finest underground live performances and must know acts; this years fest pulls together the best from the work of psychedelic rock, eclectic electronic acts and avant-garde visionaries. Headlined by the sublime and crazy Melt Banana, they are joined by a bevy of killer bands such as Test Dept: Redux, Picacyu-Makoto, Follakzoid, Teeth of the Sea, Taman Shud, Housewives, Bonnacons of Doom, Mechanical Techno, Part Chimp, Selvhenter, Cult of Dom Keller, Mugstar, Anonymous Bash, Sly & the Family Drone, Orchestre for Spheres, Orlando, ILL, Workin’ Man Noise Unit, Woven Skull, Melting Hands, Lower Slaughter, The Picniq, Stearica, Pigs Pigs Pigs Pigs Pigs Pigs Pigs, Slabdragger, and many more. If you don’t have these bands in your collection, you have some research and hours of listening to do. 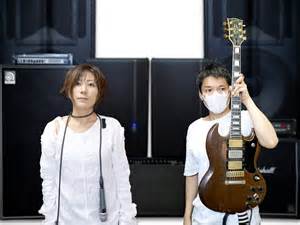 The program also includes DJ’s, merch, food and drink options and of course, cool people watching. Be part of something truly special and not the typical fest expeirence. Tickets are stil lavailable for the weekend at this link: