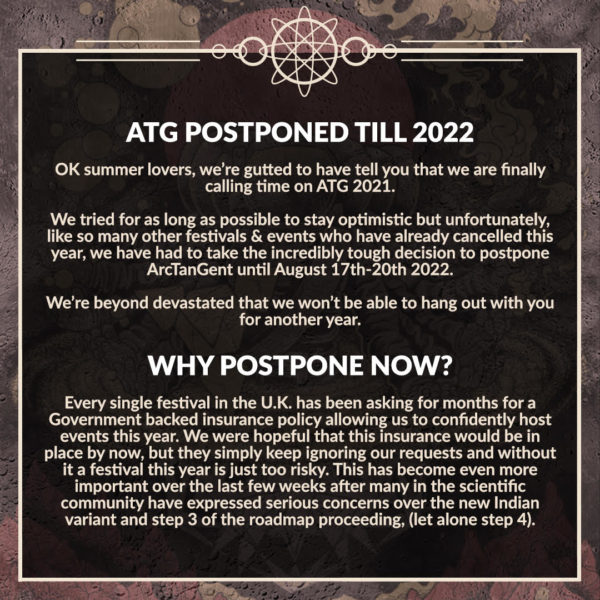 END_OF_DOCUMENT_TOKEN_TO_BE_REPLACED

Arctangent Festival has made a major announcement, their third of many for the 2020 event! Chelsea Wolfe has been named as the mainstage headliner for the Thursday night kickoff. Also added to the bill are Caspian, Emma Ruth Rundle, Bell Witch & Aerial Ruin, Intronaut, Talons, Arabrot, Wheel, The Guru Guru, Latitudes and many more. Opeth, Tesseract (UK festival exclusive), Swans, Metz, Oathbreaker (exclusive), The Locust (exclusive), This Will Destroy You, Amenra (UK 2020 exclusive), Ihsahn, Perturbator, maybeshewill (exclusive), Rolo Tomassi (performing two full albums sets – ‘Grievances’ and ‘Time Will Die And Love Will Bury It’), Earthtone9, Giraffes? Giraffes!, Fronterier and many more to be announced still. The fest takes place on August 20th/21st/22nd 2020 at Fernhill Farm, Compton Martin near Bristol, and tickets are on sale now at the link below. END_OF_DOCUMENT_TOKEN_TO_BE_REPLACED 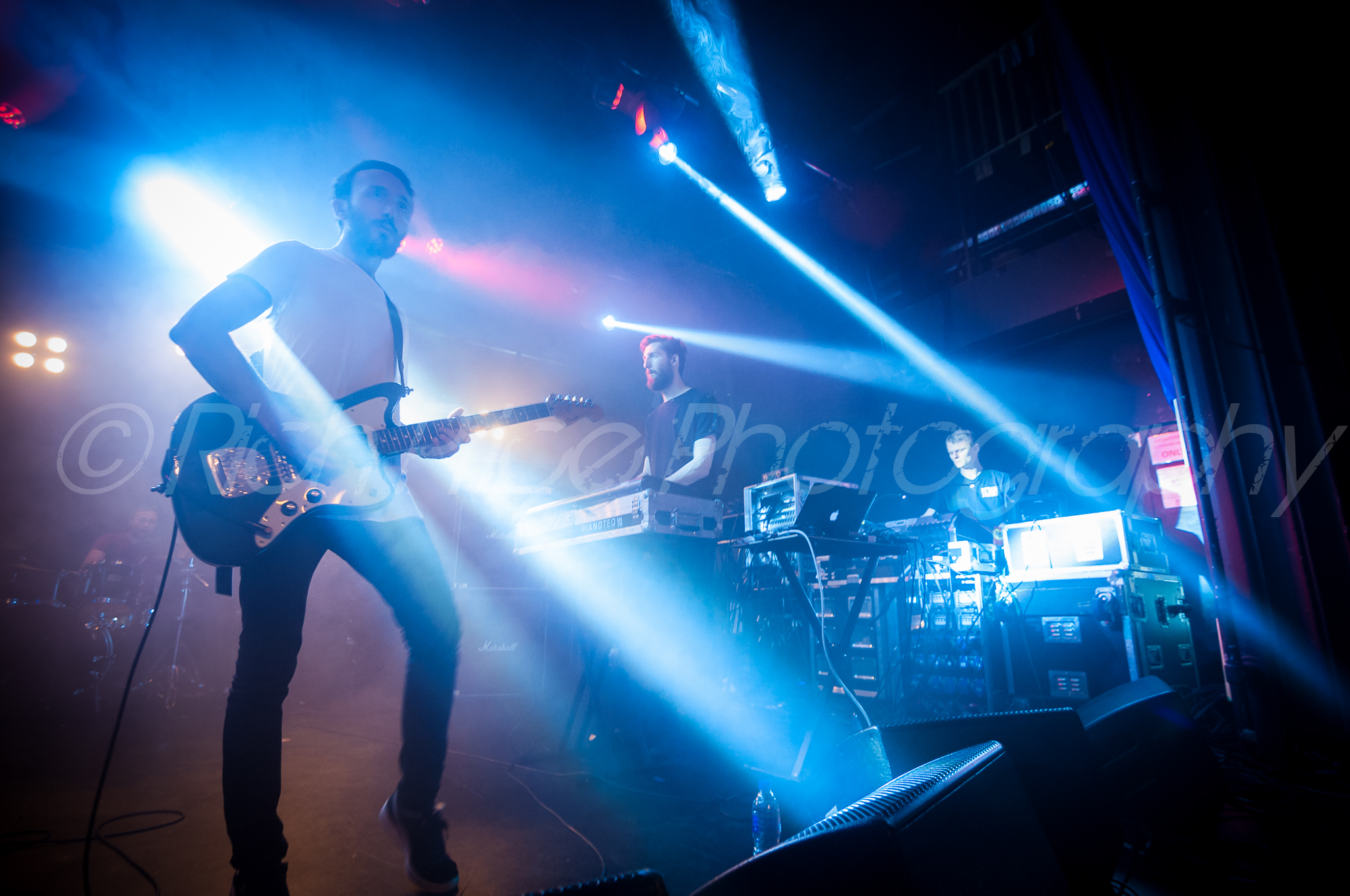 The amazing proggy and heavy Arctangent Festival 2020 have added a few more amazing bands, including some long-awaited returns! Swans, Metz, The Locust, Maybeshewill, Wear Your Wounds, Car Bomb, Jo Quail, Oathbreaker, Leprous, Agent Fresco, The World Is A Beautiful Place & I Am No Longer Afraid To Die, A.A.Williams, Tides From Nebula, and many more. They join the bill with the already announced headliners Opeth, Tesseract (UK festival exclusive), This Will Destroy You, Amenra (UK 2020 exclusive), Ihsahn, Perturbator, Rolo Tomassi (performing two full albums sets – ‘Grievances’ and ‘Time Will Die And Love Will Bury It’), Earthtone9, Giraffes? Giraffes!, Fronterier and many more. The festival will take place on August 20th/21st/22nd 2020 at Fernhill Farm, Compton Martin near Bristol, and tickets are on sale now at the links below. END_OF_DOCUMENT_TOKEN_TO_BE_REPLACED 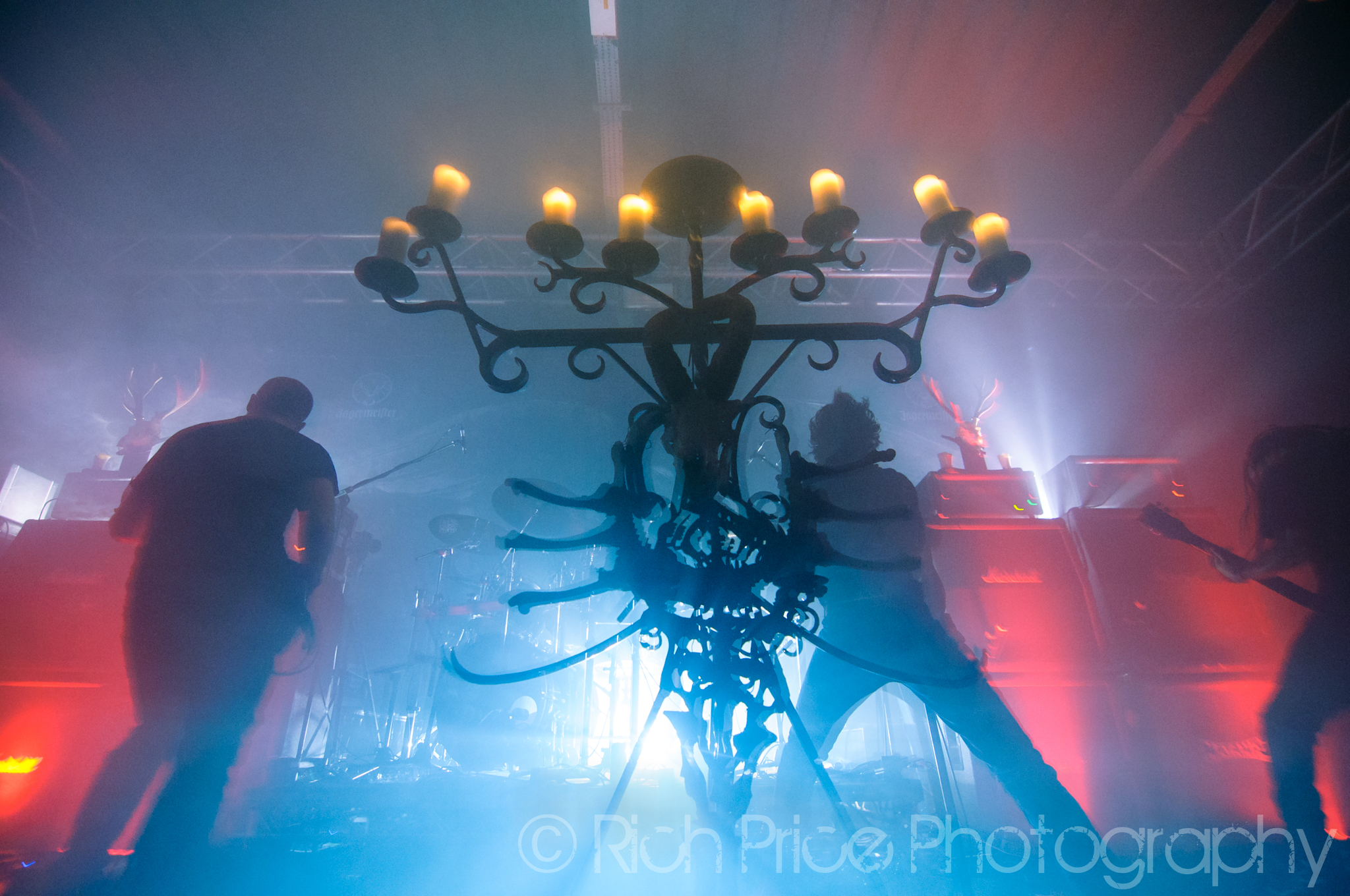 Over the course of its 12 incarnations, Leeds based Damnation Festival has grown into surely the most important yearly event for underground music lovers the UK has to offer. Far from merely an Extreme Metal festival, Damnation is the closest the UK has to the all-encompassing nature of Roadburn in its celebration of a wide spectrum of sub-genres. This year’s edition seemed to be especially diverse with a rich amount of Extreme Metal sitting alongside expansive entities and experimental Prog outfits. With four stages within the single complex of the Leeds University Union, and a sell-out capacity crowd (admittedly reduced to counter crowding issues from previous editions), the layout does appear labyrinthian at first, but is pretty intuitive and easy to follow pretty quickly; which with a stacked lineup from top to bottom, makes the continuous rushing from stage to stage a little more bearable at least. END_OF_DOCUMENT_TOKEN_TO_BE_REPLACED 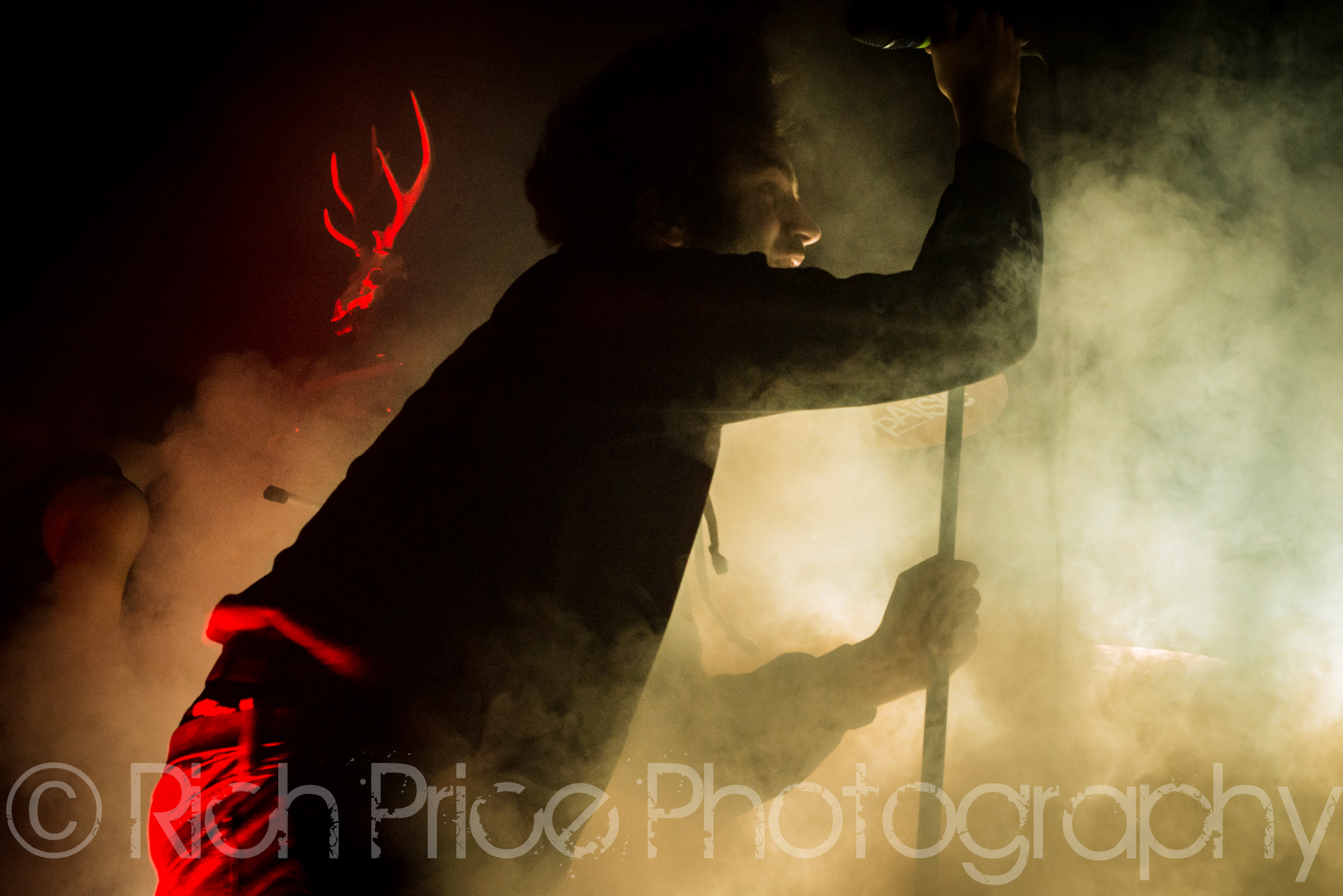 The time is nigh! Damnation Festival, the UK’s top one-day underground metal festival is back today at Leeds University Union. The fest is totally sold out again and headlined by Bloodbath, Sodom, Agoraphobic Nosebleed, Paradise Lost, Dying Fetus, Dragged Into Sunlight, Nails and many more. END_OF_DOCUMENT_TOKEN_TO_BE_REPLACED

Three more top-notch bands added to the ranks of Damnation Festival 2017 as Vallenfyre, Grave Pleasures, And Leng Tch’e are added to the bill. Tickets are running out for the UK’s top festival event of the late year. END_OF_DOCUMENT_TOKEN_TO_BE_REPLACED

Damnation 2017 continues to build on its strong early lineup with three more bands: Psychedelic Witchcraft, Wiegdood and Ginger Wildheart’s Mutation have been added to the ranks. END_OF_DOCUMENT_TOKEN_TO_BE_REPLACED

Damnation Festival 2017 continue to grow a monster bill with the addition of four new bands. New bands will be added continually all summer and into the fall, while tickets are on sale now. Details below. END_OF_DOCUMENT_TOKEN_TO_BE_REPLACED 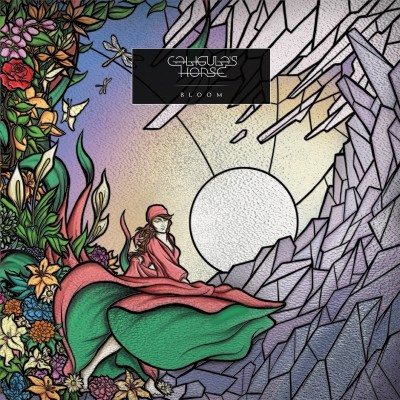 In recent years Australia has given a burgeoning and genuinely exciting scene of metal, particularly those of a progressive nature. From the likes of Karnivool to recent genre alchemists Ne Obliviscaris, such bands are not only making waves on the wider radar but are doing so with inventive, compelling and brilliant flavor. Similarly Brisbane originated Caligula’s Horse have made a mark, with two well received albums, a characterised brand of emotive progressive metal and the eventual signing to prog label titans InsideOut. Not too shabby really.

Latest album Bloom (InsideOut) begins on almost misleading terms, as the title track begins with a lengthy, acoustic passage accompanied by soft vocals before it gradually increases tempo and dynamic, in part reminiscent of Opeth, as it proves to build up towards the comparatively heavier ‘Marigold’. Throughout the album Caligula’s Horse strike that tricky balance between the heavy and lighter elements with aplomb melding the complexity of tech metal and some near djent-like moments with emotional resonance and accessibility. In fact, much like Agent Fresco, there is a great level of pop sensibilities and a weight of influences and styles, but doing so with a style and feel of their own.

At an approximate duration of 45 minutes, Bloom offers a rich diversity and layering but in a run time more manageable for the more novice listener. Catchy, poppier moments and recognisable influences with further draw people in, whilst rich textures and the fluid blend of complexity and aspects of serenity will keep the trained listener engaged for ages. A stunning effort from a band that are quickly proving to be one of the contemporary prog scene’s most promising torch bearers. 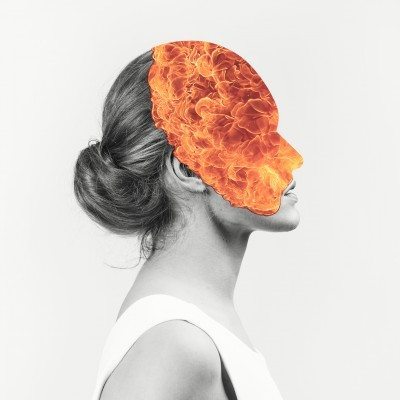 Whatever is in the water in Iceland it should really be bottled and sold, as the island nation has been a hot bed for stunning and captivating music for a number of years. From the likes of Sigur Ros to more recently Solstafir pushing through their extreme metal underground roots to become rock mainstay, the wealth of talent coming from that corner of the Atlantic Ocean has proven particularly rich. Another addition to that list is genre melders Agent Fresco, who really are progressive with a capital P.

Five years from their debut, the sophomore release Destrier (Long Branch) comes on the back of great hardship for frontman and composer Arnor Dan Arnason, in which time he faced a late night attack which left him with a broken eye socket and emotional scars. With this comes an understandably melancholic tone throughout, as Arnason seemingly bears his pain clearly in public view, built on the conceptual idea of the medieval warhorse that bears the album’s title.

Musically it continues their trend of mind-boggling diversity which proves both complex but flowing and memorable, as it draws from a hugely diverse range of influences and styles. From comparisons to the likes of some contemporary Prog/Prog metal acts to signs of pop, indie rock, math rock and even shades of electronica, Destrier showcases a stunning range, but manages to do so with perfect cohesion and fluidity. Everything feels naturally embedded whilst all the while contributing to Agent Fresco’s core sound.

Produced in the wake of hardship and despair, Destrier is a magnificent effort that displays the pain behind it whilst simultaneously showing apparent light and positivity creeping through at times. With such a range of sonic influences at work Destrier is a genuinely rich and rewarding release which reveals more and more with each lesson, and one that actually proves definitely progressive.