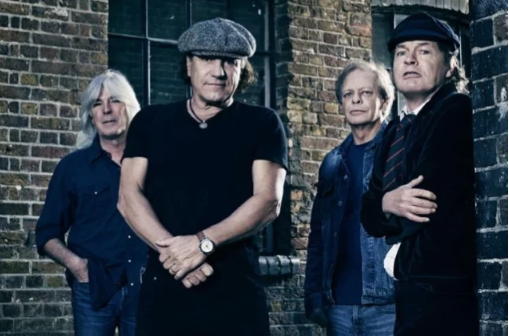 According to a published reported by Classic Rock Magazine, AC/DC is on the verge of announcing their comeback able and a world tour! Ghost Cult reported last year that the band convened in Vancouver British Columbia where the current band of Brian Johnson, Angus Young, Stevie Williams, Phil Rudd, and Cliff Williams were all photographed at the studio where they have made several albums. Cliff retired from touring at the end of 2016, but perhaps he could be convinced to tour again. Co-founding guitarist Malcolm Young died in 2017. Speaking recently on Melbourne’s Triple M Hot Breakfast show, Australian broadcaster Eddie McGuire claimed that AC/DC’s new album would be out sometime in the next couple of months, with live shows to follow later in the year. Nothing has been confirmed yet by the band but this is very encouraging! The band also potentially an EP worth of material with Axl Rose of Guns N Roses, which we also hope sees the light of day! Their classic album Back In Black also turns 40 in 2020. END_OF_DOCUMENT_TOKEN_TO_BE_REPLACED