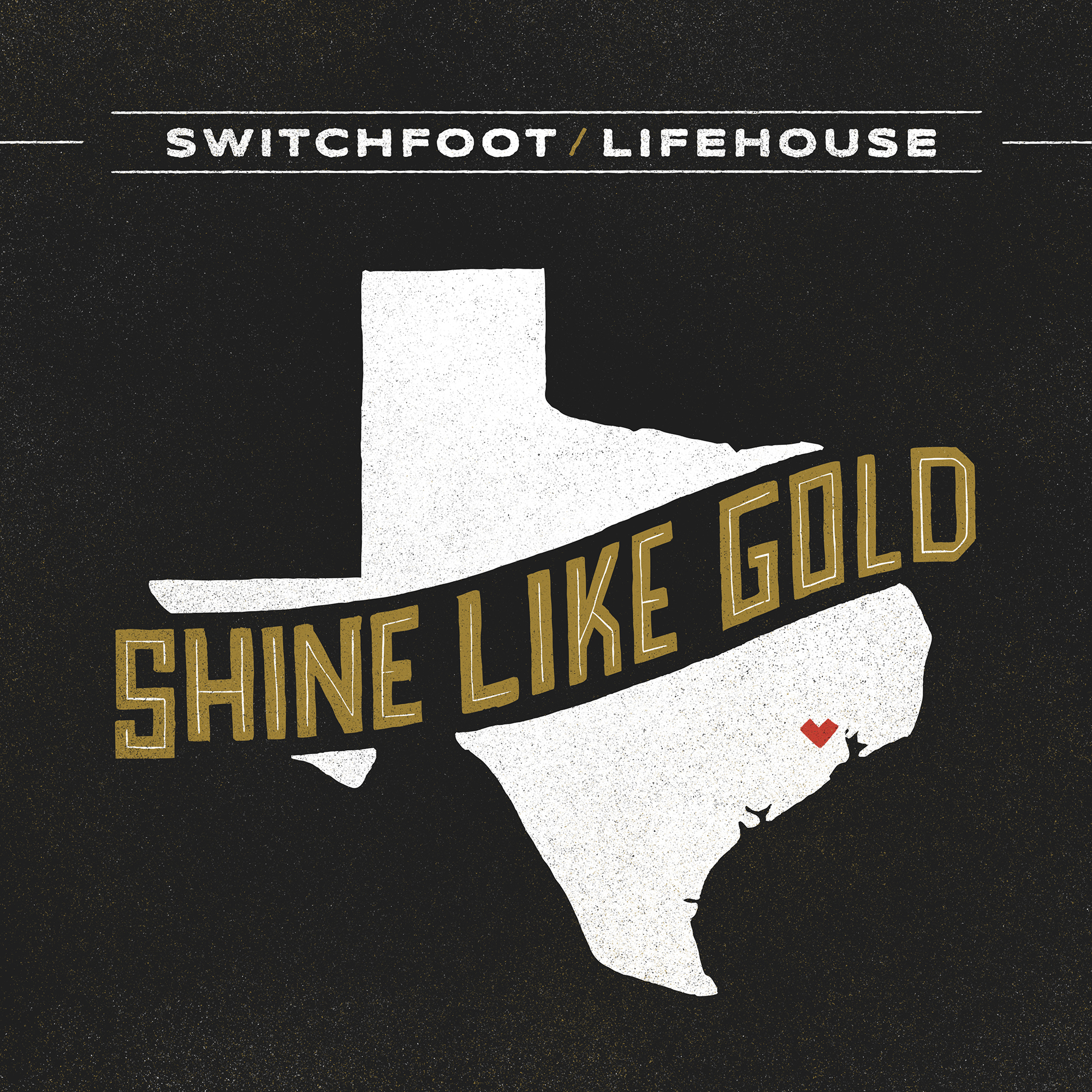 Following the devastating aftermath of Hurricane Harvey on the state of Texas, bands and artists are stepping up to raise money for relief. Lifehouse and Switchfoot, friends and frequent tour mates have teamed up for a new song, ‘Shine Like Gold’, with proceeds going to charity for Harvey victims. You can hear it at People.com or below:

You can download the track and donate with a pay what you want format here:

“We can’t imagine what everyone is going through right now in Houston, but they’ve all been in our thoughts and prayers. We look forward to playing this show, standing alongside this amazing city and doing everything in our power to help. Jon and I started writing ‘Shine Like Gold’ at the beginning of this tour, but it wasn’t until we recorded it in Nashville that we really knew what it was about. Seeing all of these amazing individuals who’ve sacrifice for their neighbors, and stepped up in the face of extreme hardship has been so inspiring. This song is for them. All of the proceeds from this song are going to Houston for the unsung heroes that do the right thing when no one is watching. All the love.”

“Jason and I had always talked about writing a song together. When it finally happened, ‘Shine Like Gold’ became a song about everyday heroes fighting their way through the darkness toward the light. On the day we recorded the song, Hurricane Harvey began wreaking havoc in Texas. Sometimes you don’t know what a song is for until after its written. In this case it became crystal clear. As we watched our friends and family in Texas struggle through the aftermath of the hurricane, we knew exactly what we had to do. We LOVE Houston. Houston is resilient and will rebuild. We can’t wait to be in Houston next Tuesday to celebrate HOPE in the midst of tragedy.”