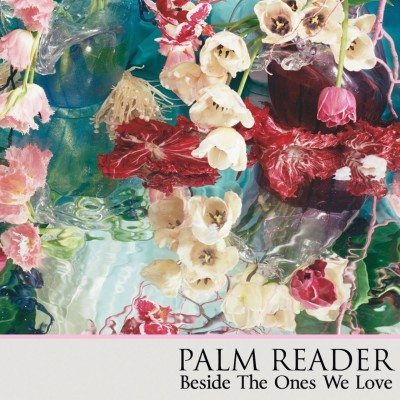 Palm Reader are one of those bands who have been steadily bubbling under the surface in recent years. Their live shows have consistently impressed, and often outshine anything they’ve put down on record. Now whilst this is the common view with Palm Reader, wait until you hear Beside The Ones We Love (In At The Deep End). It may be considered a bit of a dark horse, but this is almost certainly looking like one of the albums of the year. Similar to the Architects release last year, this truly could be the album to explode them above surface and into the consciousness of a far larger audience.

Fundamentally the band are often tagged under the ‘Hardcore’ scene, but as soon as you throw this record on and ‘I Watched The Fire Chase My Tongue’ explodes into an absolute onslaught of noise you’ll immediately begin to draw comparisons to the Mathcore style of The Dillinger Escape Plan. That is because Palm Reader haven’t just produced stuff similar to what they’ve done before, they’ve taken their sound, expanded on it and struck absolute gold.

It doesn’t really let up either as ‘Pedant’ and ‘By The Ground We’ve Defined’ keep it rolling and pummelling into your face. Creatively on this record, Palm Reader have gone completely beyond what they’ve done in the past. You’ll listen back to this album a lot, not only because it is absolutely brilliant, but because with each listen you’ll still be surprised by each little twist and all the nuances, it constantly changes path down a road you don’t expect. Again this will easily ignite comparisons to the great Dillinger Escape Plan, but this album is that good, it truly is of that level. Because even despite all the frenzied powerful riffs throwing you all over the place there are still really anthemic chest pumping moments, most notably on ‘Sing Out, Survivor’.

When a band begins to build hype, and you’re not absolutely convinced on what they’re able to do to live up to it, there is no better feeling than hearing said band release a record which grabs that hype and throws a grenade in its mouth. Palm Reader’s stock will rise with the release of Beside The Ones We Love and it is absolutely what they deserve.

A phenomenal record from an extremely talented band.