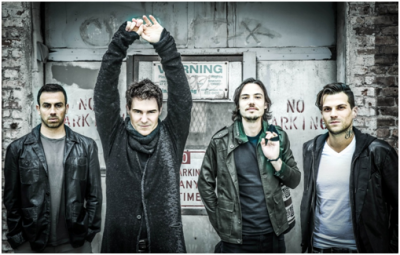 Tampa, FL alternative rockers Miggs will be digitally releasing two new track each month (one for free) for 12 consecutive months, or their version of a Digital 45, leading up to a full length album later this year. The first track from the string of releases is “Passing Through”, is available for streaming here, and via itunes and other digital retailers via Elm City Music/Caroline. 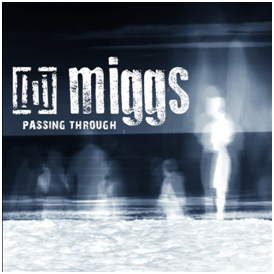 In addition to the conventional single release of “Passing Through,” each month miggs will offer a free b-side song download via Twitter. This month the band is gifting “Broken and Beautiful” in exchange for a re-tweet. For more information on the free song download, follow miggs at @miggsband.

The group is looking forward to blazing a new trail in the rock world. While successive single releases and online concerts are more common in the EDM and pop genres, rock still generally maintains an older school of thought approach when it comes to touring and releasing music in album format. miggs is excited about the new music to come and is currently in the studio working with Tom Higgenson of the Plain White T’s who is co-producing several new tracks.