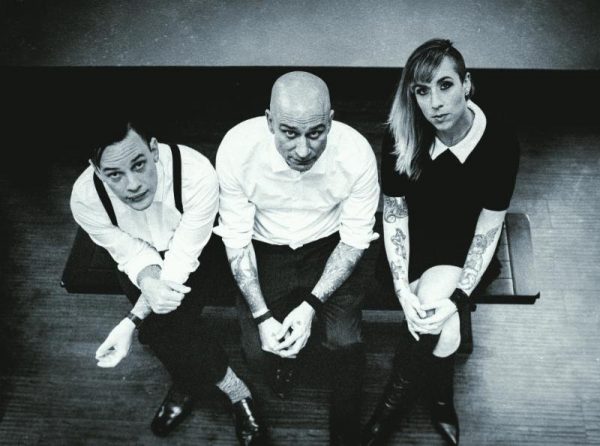 I can still remember the very moment the band Cold came hurtling into my atmosphere like a brilliant meteor, hell-bent on causing upheaval. Scooter Ward and his musical cohorts were the direct support band for the St. Louis, Missouri Industrial band, Gravity Kills. Cold, with their first studio album, just released, was still flying under the radar as far as getting mainstream exposure and radio play. The small venue in La Crosse, Wisconsin was sold-out on that balmy summer evening. I was unaware of how my life would be altered forever by a band I had never even heard of when I walked into that venue. 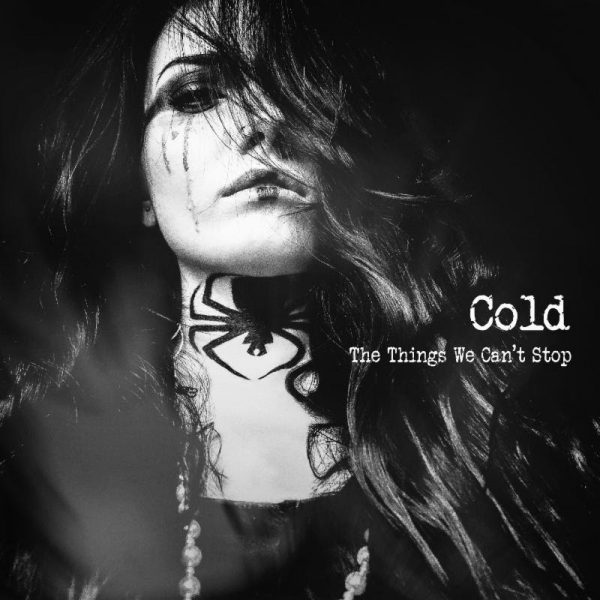 Fast forward to this past August, and PR email that brought Cold and all its transmogrified glory, prominently back into my macrocosm. The band was releasing a new studio album, and touring in the next month, September 2019. I knew immediately that I needed to get my grubby little Skullgurl claws on that album and be front and center at one of the upcoming shows. 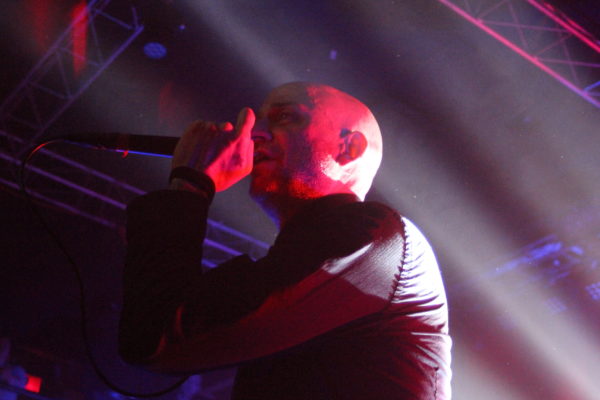 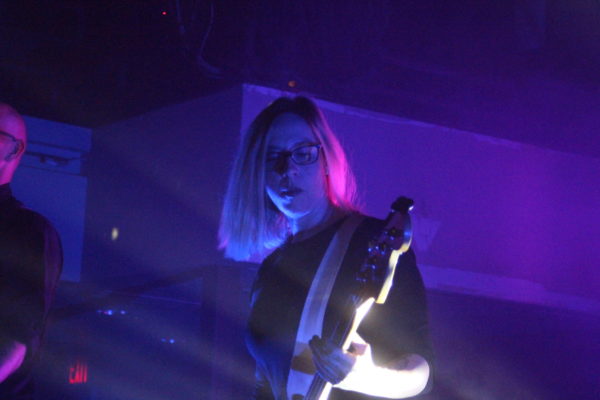 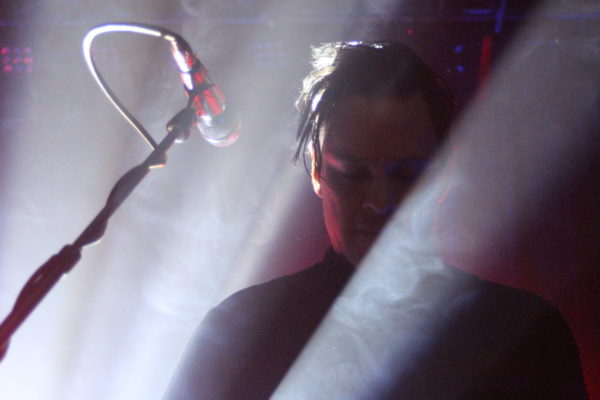 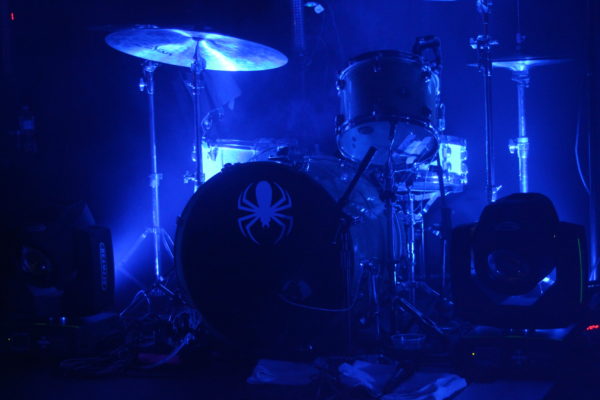 The show I was approved to cover was at a stylishly intimate club in the heart of Downtown Minneapolis, Fine Line. The only downside to this venue is there was no designated photo pit, forcing me to stand in the same spot through the direct support band’s set and the re-set just so I could capture quality photos. I will admit to you all, dear readers, that the moment the members of Cold began taking their places on stage, I realized I would have walked through hell barefoot on a path constructed of broken glass and spittoon contents to be standing where I was. The words of Friedrich Nietzsche echoed in my head, “Without music, life would be a mistake” as frontman Scooter Ward started to sing the first song of the set ‘Everyone’s The Devil’. That moment, in that crowded club, reaffirmed my belief that music is the very life force that keeps me moving forward in life, and the music of Cold has been my unwavering musical Sherpa. During the next few songs, and especially during ‘Suffocate’ when the one and only Sierra Swan reprised her vocal role, I took notice of how each song seemed to affect members of the crowd around me. A young woman, who would not have even been conceived when the song was recorded, stood next to me, visibly moved by the performance. 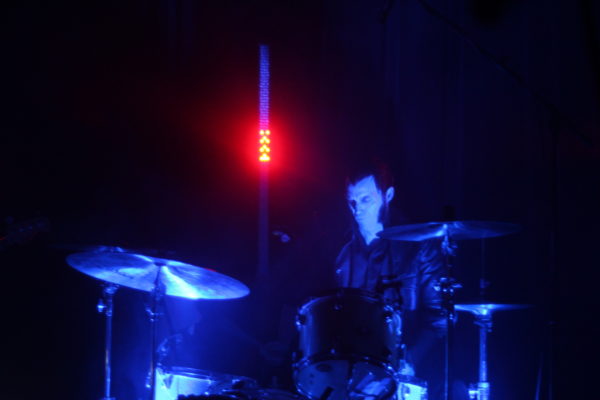 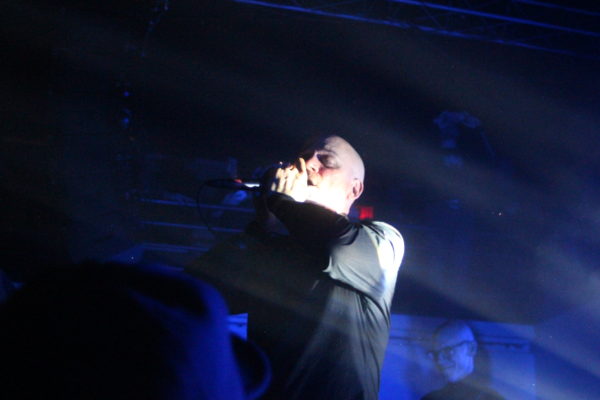 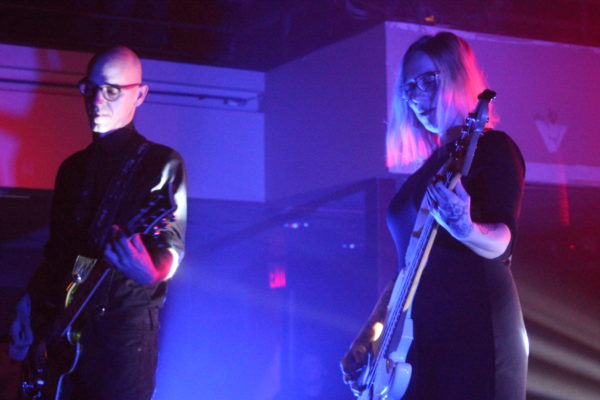 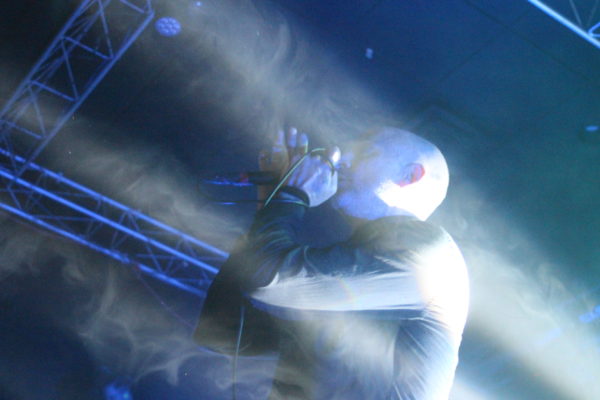 Scooter and Sam McCandless, both original members, gifted the audience with a hybrid mix of Cold classics and brand spanking new songs, accompanied by newer members, Nick Coyle, Lindsay Manfredi, and Jonny Nova. I was actually genuinely surprised by the obvious musical synergy that had formed between the members of the band considering the short amount of time the five have been performing together. Case in point, when the band started playing Cold’s mega-hit, ‘End Of The World’ towards the end of the show, a fellow show attendee leaned over and said to me “Man they sound just like they did in 1998.” 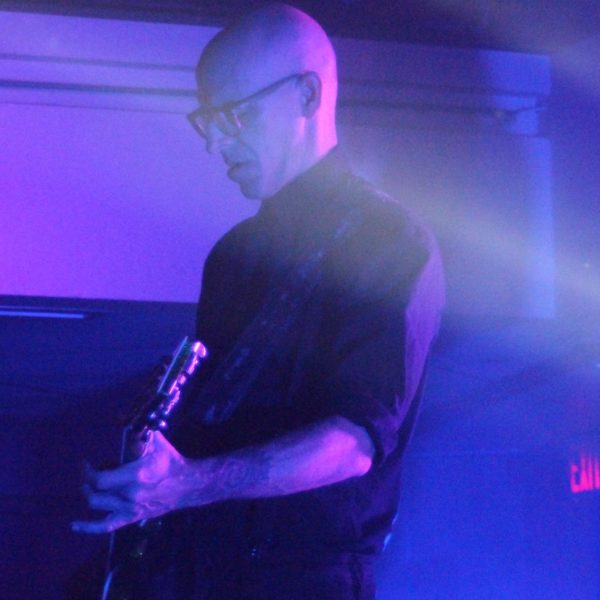 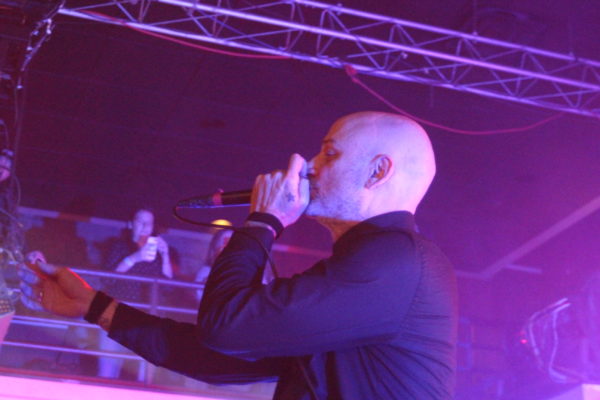 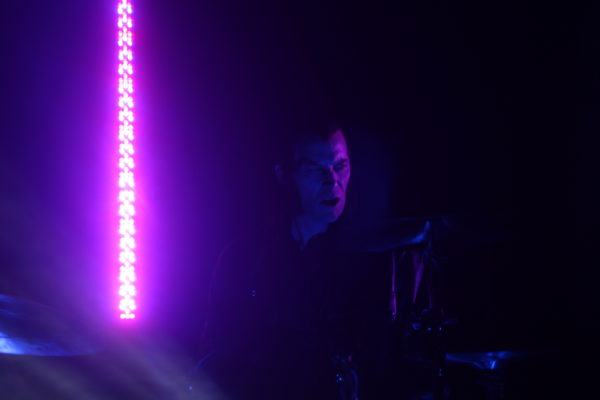 I am not going to lie, I eagerly awaited the familiar opening bars of my favorite Cold hits of yesteryear, but it was when the intro to a song from the latest Cold album that made me catch my breath, and stifle the burning teardrops that were threatening to escape my eyes. As Ward began to sing the lyrics of ‘Shine’, second to the last song before the encore, I felt the entire mood of the crowd shift to one of compassion and solidarity. Full disclosure, I am getting full body goosebumps as I am reliving those moments as I write. I will be the first to say that the song itself is beautifully composed and masterfully performed on the album, but I also must say that experiencing ‘Shine’ performed live was a game-changer for me. I was struck by the sheer magnitude of the message Scooter Ward was able to convey non-verbally as he performed the song, you will have to witness it for yourself to fully comprehend.

The band was able to transition back to the crowd-pleasing raw grittiness to round out the set with ‘Stupid Girl’ and after a small break delivered the three songs of the encore effortlessly. The highlight of the encore, in my humble Skullgurl opinion, was Cold’s cover of Snow Patrol’s, ‘Run’.

I don’t rate live shows, but if I was going to rate Cold’s performance that night, they would get a cool 10 skulls out of 10. The band has wrapped up the Broken Human Tour, but don’t you worry your pretty little heads about that, dear readers, Cold is back in our lives for the long haul. I implore you to buy Cold’s latest album, The Thing’s We Can’t Stop, and watch for Cold related news daily. Heed my words, you do not want to miss a chance to witness the awesomeness that is Cold performing live in concert.