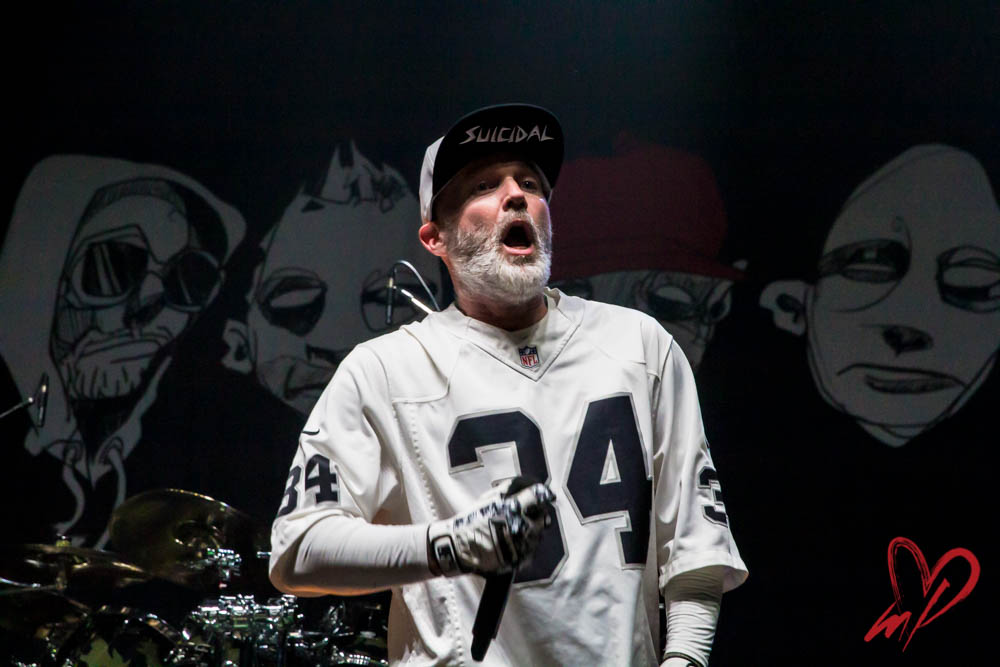 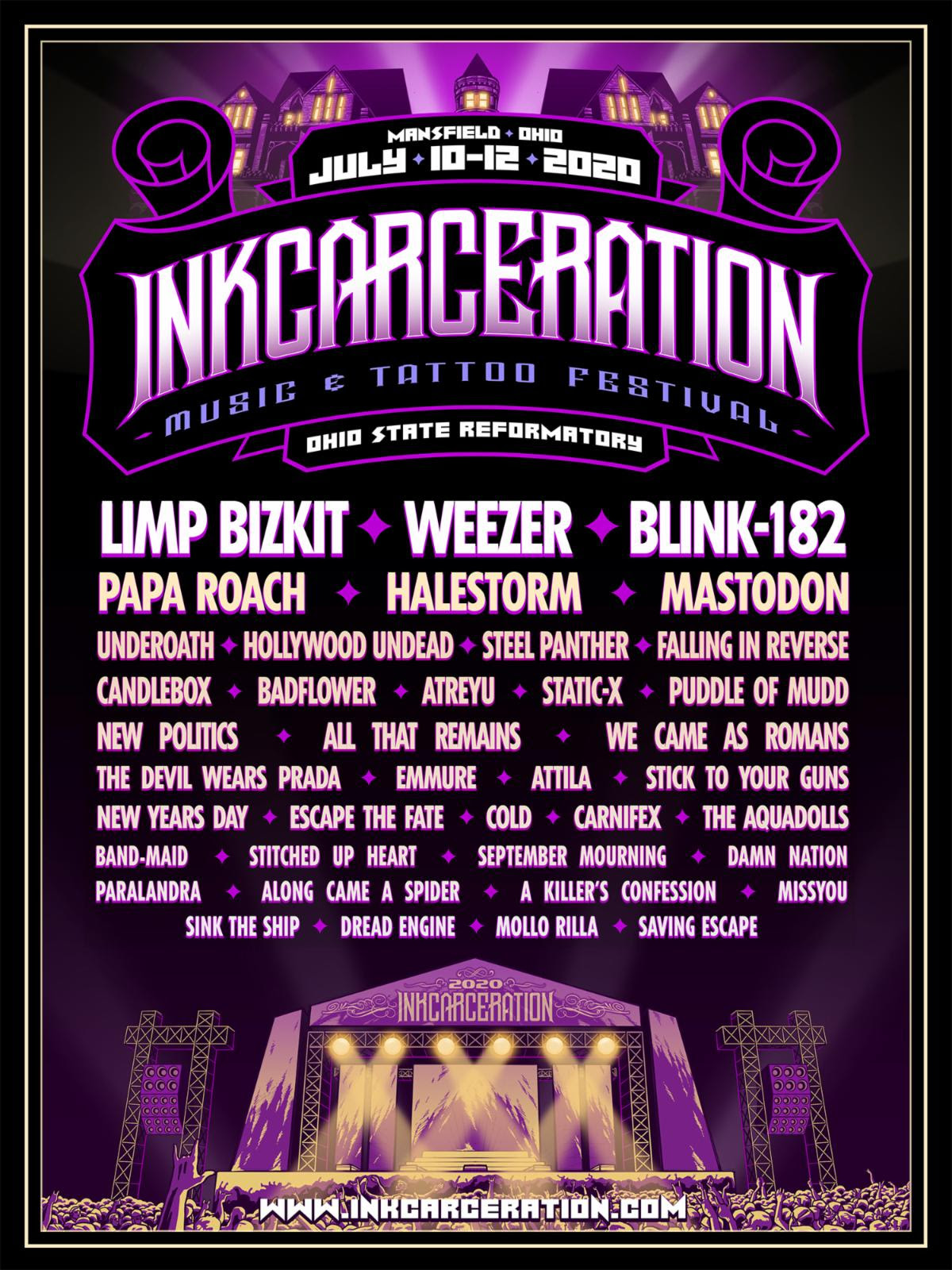 “We are extremely humbled by the support the fans put behind this festival in 2019 and wanted to bring them something even bigger in 2020,” the Inkcarceration Festival team says. “For year three, we put together an extremely eclectic lineup that brings together all forms of rock. This festival is becoming known as the most unique event in the country, so we wanted to construct a lineup as unique as the venue itself! And, of course, it’s still the only rock festival held at a famous haunted prison! Expect lots of site upgrades from VIP to camping. We can’t wait for everyone to see what we have in store!”

Ohio State Reformatory’s historic building and grounds provide a perfectly eerie setting for the Inkcarceration Festival. The massive, awe-inspiring locale is recognized as not only one of the most haunted reformatories in the country, but also as the filming location for multiple Hollywood films. The most famous of these films is the 1994 cinematic classic and IMDB highest rated movie of all time, The Shawshank Redemption, starring Hollywood legends Morgan Freeman and Tim Robbins.

Once again, it will be Halloween in July at the Inkcarceration Festival as Escape from Blood Prison makes an early appearance. The annual Halloween haunted house attraction typically runs from the end of September through early November at the Ohio State Reformatory, but this spooky experience will be open all weekend long for festival goers. Once Blood Prison takes over the reformatory, it is filled with bloodthirsty inmates waiting for victims to enter and try to make it through the facility alive.

“We here at the Reformatory are thrilled to be the home of the Inkcarceration Festival again for year three,” says Dan Smith, Associate Director, Ohio State Reformatory. “The festival continues to bring some of the best music fans and tattoo enthusiasts from all over the world back to Mansfield! We can’t wait to share what will be the best Inkcarceration Festival yet!”

Above: The Historic Ohio State Reformatory

Below: Abandoned cell blocks inside of the Ohio State Reformatory

The Ohio State Reformatory is centrally located, about an hour away from Cleveland, Columbus and Canton/Akron, and within a three-hour driving radius of Toledo, Dayton, Cincinnati, Youngstown, parts of West Virginia and Michigan, making it the perfect destination festival! Tent and RV camping packages are available on the grounds. Nearby hotel and ticket combo packages are also available.

Weekend Field Passes include three-day General Admission, Field Passes to the concert for the entire weekend and self-guided reformatory tours that start at just $189.

Attendees can further accent their experience with a Weekend VIP Pass, which starts at just $369. This pass includes: VIP wristband, Field Passes for the entire weekend, self-guided reformatory tours, air conditioned VIP lounge with seating and tables, free lunch and dinner catering each day, access to locker storage and cell phone charging, private bar and game area and outdoor lounge, an elevated covered grandstand, and dedicated Hydration Station, flushable restrooms and portable restrooms, entrance to the event and the Reformatory.

Group discounts are available for both ticket levels.

Weekend Camping Packages are available for both tents and RVs. General Weekend Tent Camping starts at $199 and includes 1,000 square feet of space for up to four people, access to the A/C Camping Lounge, optional breakfast, lunch and drinks available for purchase, dedicated shuttles to and from the festival, re-entry during the festival via the camping shuttles, live entertainment after the festival, access to Camping Hydration Station, and access to showers and restrooms. There are five different lots available within the grounds. General Weekend RV Camping starts at $299 and includes the same amenities as Tent Camping plus hookups for electric and water. Admission to the festival is not included in Weekend Camping Packages and must be purchased separately.

Hotel and ticket combination packages are also available. All tickets, including Field, VIP, Hotel Packages and Camping, may be purchased at www.Inkcarceration.com/tickets.

“Inkcarceration’s meteoric rise the past two years has been awe inspiring,” says Lee Tasseff, President, Destination Mansfield. “The groundbreaking concert/tattoo fest, with the famous Ohio State Reformatory as the back drop, has been welcomed by the greater Mansfield community. Can’t wait to rock it again at 2020’s Inkcarceration Festival!”

In its second year, Inkcarceration Festival nearly tripled the inaugural year’s attendance numbers, drawing 45,000 fans from nearly all 50 states, and worldwide as far as New Zealand. Inkcarceration Festival has been awarded Mansfield’s prestigious Tourism Award of Excellence, and has been recognized by the United States House of Representatives, Ohio Senate, State of Ohio Representatives and Congressional Proclamation.