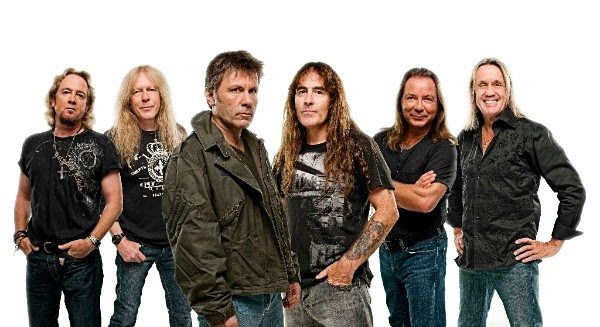 According to The Sun newspaper in the UK, a lawsuit is being brought against Iron Maiden by their former singer Dennis Wilcock. The case alleges lyric theft for early classics ‘Prowler’, ‘Charlotte The Harlot’, ‘Phantom Of The Opera’, ‘Iron Maiden ‘ and ‘Prodigal Son’ from their first two albums 1980’s self-titled effort and 1981’s Killers. An Iron Maiden spokesperson told The Sun: “This is outrageous. Absolutely ridiculous.” More details about the suit can be seen below.

According to the lawsuit, “Prowler” “was inspired by a friend of Mr. Willcock and was performed by Mr. Willcock wearing a rubber mask”; “Charlotte The Harlot” “was inspired by a colleague of Mr. Willcock”; and “Phantom Of The Opera” “was based on the novel by Gaston Le Roux”. The lawsuit adds that Iron Maiden performed a song called “Iron Maiden ” “at the time when Mr. Willcock joined the band. In substitution for the then-existing lyrics, Mr. Willcock wrote new lyrics to fit in with a theatrical stunt involving a sword and fake blood.” Willcock also claims that he co-wrote — with Iron Maiden bassist Steve Harris — the lyrics to a song called “Prodigal Son” “in or about 1978.”

Also suing Iron Maiden is musician Terry Wilson-Slesser, who claims his lyrics for Beckett ‘s 1974 song “A Rainbow’s Gold” were lifted by Maiden for 1982’s “Hallowed Be Thy Name”.

Willcock, who fronted Maiden from 1976 to 1978, was replaced in the band by Paul Di’Anno. He claims never knew his lyrics were used because he never listened to the band’s albums.

The lawsuit, which names as defendants Iron Maiden members Steve Harris and Dave Murray, along with their publishing company Imagem, seeks damages in excess of £2 million (approximately $2.64 million).

Willcock was Maiden ‘s second singer. The band’s original vocalist, Paul Day, co-founded the group, in 1976 along with Harris.

Willcock and Wilson-Slesser’s lawsuit was filed by retired rock band manager Barry McKay, who previously took Harris and Murray to court over “Hallowed Be Thy Name”, claiming Maiden reproduced major parts of another song, “Life’s Shadow”, co-written nearly a decade earlier by musician Brian Quinn, under the name Brian Ingham.

“Life’s Shadow” was a collaboration between Quinn and Robert Barton, who later recorded the song for the self-titled 1974 album from his band Beckett . At the time, Beckett was managed by Rod Smallwood, who went on to become the manager of IronMaiden .

In court documents, Harris’s lawyers admitted he saw Beckett perform in 1973 and said that Beckett ‘s debut was one of his favorite albums when it was first released. They also acknowledged that some six lines from “Life’s Shadow” were “referenced” in “Hallowed Be Thy Name”.