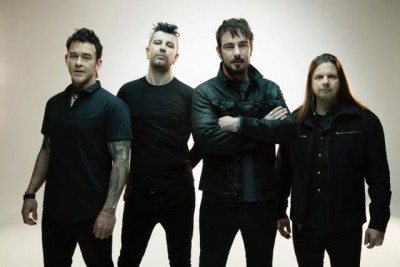 When the news dropped in May 2015 about “25 Top Ten Rock Singles” were shared between each member of the newly formed rock outfit Saint Asonia, 17 of which are number ones, and teasing the band’s first single “Better Place,” along with their band logo, word and interest spread amongst the mainstream rock community about who exactly this band would be.

Their début self titled full length drops on July 31, 2015 (via RCA) and they made their live début at this past Rock On The Range Festival in Columbus, OH as the surprise main stage act.

“It wasn’t really planned. For a long time, it was one of those things that came up. We got offered a slot to be a special guest as the first band on the main stage on Saturday. It is such a great festival and so many great bands. It is one of the biggest festivals and we’re in the perfect spot. Things went down and it was great. Being the first band on we weren’t too sure how many people were going to be there. It ended up being 10 to 15,000 people were there. It was really great,” said Gontier, about their live début. 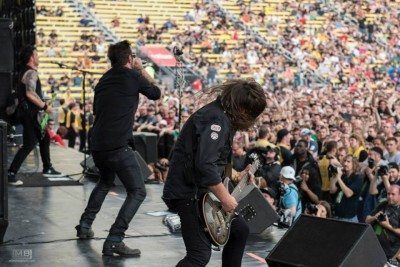 Saint Asonia at Rock On The Range. Photo Credit: Mike Bruton (via Facebook)

Gontier explained how Mushok reached out to him about writing songs, following his own departure from Three Days Grace, and which later morphed into what is now known today as Saint Asonia.

“It was about a year and a half ago when Mike and I started working together. He was the one that reached out to me after I left Three Days Grace. He had some music and he wanted to know if I wanted to help him out with it. We got down to writing and the process went really well and now here we are. We wrote ten songs and it sounded pretty cool to us so we decided to go into the studio and make a record.”

Saint Asonia was produced by veteran producer Johnny K (Disturbed, Sevendust) in Chicago, IL and both Gontier and Mushok wrote the bulk of the material together.

“With the writing process, it was me and Mike. He had a lot of riffs and parts, so we wrote melodies over what he had. The recording process when we were in the studio, Rich Beddoe, our drummer has been a friend of mine forever so he was always a part of things. He came in and played drums on the record. My uncle Tom Duffy played bass on those songs on the record. We all recorded on the record for sure. We got Corey Lowery after the recording of the album was done.”

Gontier talked about the creative process behind this band and how not having expectations helped relieve the tensions of writing this entire record. Plus he shared how writing in this band differed from how he worked in his previous band.

“There’s a big difference but the main difference is everyone in Three Days Grace, when we’re writing a record, everybody definitely wanted to be part of the writing, which is fine but for me, it came to the point where there were too many people and it became kind of a circus. We had to go down to Nashville to co-write songs with country songwriters. For me, that’s not why I got into music.”

“This time around, there’s no real filter so I didn’t have to run my lyrics by anyone and have them tweaked and dissected. That’s still the biggest difference. Then what ended up happening was a real raw heart filled record from front to back.” 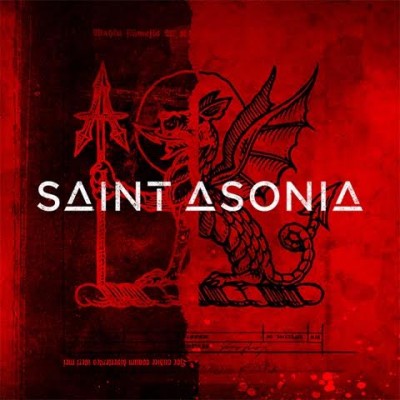 Aside from Gontier’s lyrics, Mushok got to shine as a guitarist as a different side of his playing came through on this record. While his playing is somewhat conservative on Staind albums, he got to play around with heavier tones and occasional soloing on a couple songs, which even surprised Gontier during the writing process.

“I was almost surprised by almost everything that he brought in. He’s a monster. I think we both on this project had a lot of creative freedom on there. If he wanted to lay down a solo in certain songs, then he would do it if the song called for it. Mike never ceases to amaze me or anybody for that matter, like when he does a solo like he does or anything that he does. I think he did a lot of things that wasn’t doing with Staind and brought it to this project. I did things I wasn’t doing in Three Days Grace that I brought into this project. That itself lent itself into a very unique sounding record. It’s definitely something different. It definitely stands out over other records out there.”

He shared his lyrical inspirations behind this album, where many may speculate was a reflection of his life from the past few years off from the music life. But he had compiled lyrics over time and incorporated them into Saint Asonia songs.

“Half of the songs were songs that I had already written. Most of the lyrics were already done. The other half were written in the studio while we were doing the recording. We went through a pre-production phase, which we went through for a couple of weeks working on lyrics and melodies and trying to tweak everything. We jumped right into the studio and recording the music. I went into the vocal booth and wrote some songs on the fly and wrote what came to me at the time. Like I said, that was a different process for me. It was nice having that creative freedom.”

In terms of how specifically his lyrics tie into real life experiences, he was somewhat vague about what they were about, but he did admit they were reflections of moments he experienced at some point in his life. “I can’t try to write about something I didn’t experience. That’s what the majority of the record is about – the past few years of my life and the few things I’ve gone through and my whole in the old day sort of thing. No song is specifically directed towards one certain kind of scenario or thing. It’s all about the past few years for sure.”

Where did the band name come from? “Me and Mike were looking at different names. I know the word asonia sound cool. The definition basically means tone deaf. The word asonia has been around for a long time, and it kind of made sense to put [the word] saint in front of it,” he explained.

“For me it’s basically over the past few years I’ve had a lot of bad influences from people, trying to tell me what direction to go to and what direction to not go to. To me, one of the things Saint Asonia is here as a reminder to go with my own way and not committing to downsizing so much.”

The word supergroup gets thrown around the band name a lot, and Gontier shared his thoughts on having that tag thrown upon them. “It’s nerving (sic) to be called a super group because it was never planned. The timing was good for everyone in the group. None of us have ever used the term super group. We never considered ourselves that. We don’t wear caps when we play live or anything. We’re planning on being around for more than that. It’s a weird thing how it happened. None of it was planned. Nobody searches out for who you’ll get together with. It’s our band and it’s also a new band. We’re not taking it for granted that’s for sure.”

Lastly, Staind has been on a hiatus recently but in terms of his status with them would ever affect Saint Asonia if they were to become active again. Gontier reiterated that Saint Asonia is a long term band and that would not affect things. “I think if there is a point that it came to that and get back together to do a record, I’m pretty sure Mike would be able to able to double up. This is definitely a band where we’re not here to do one record and go our separate ways. That’s what happens to a lot of ‘super groups’. That’s not what we’re doing at all. We’re in this for the long haul, that’s for sure.”